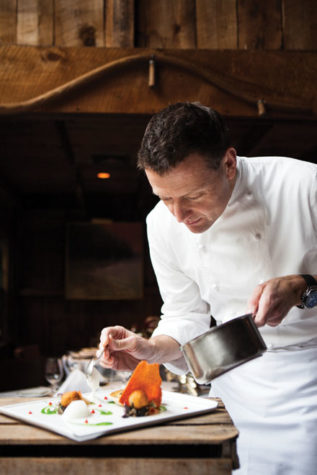 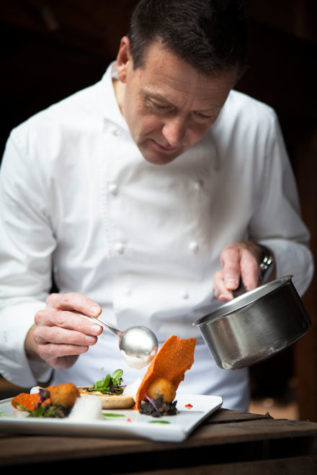 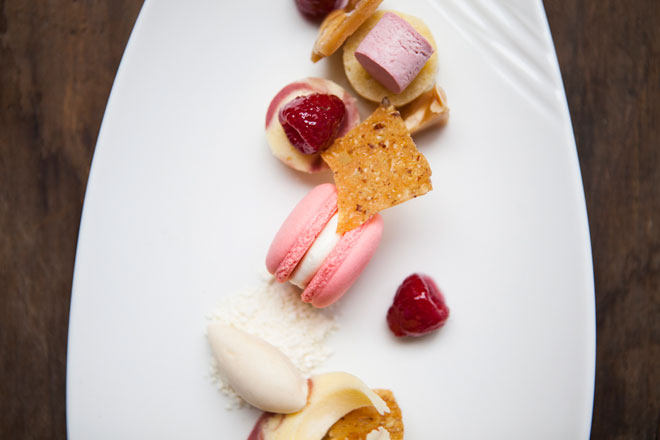 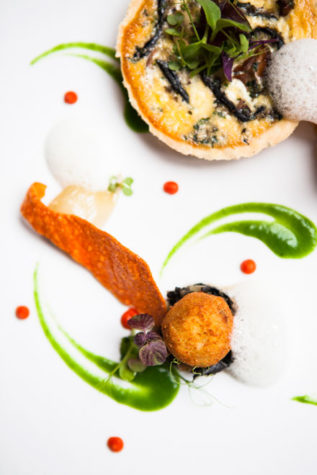 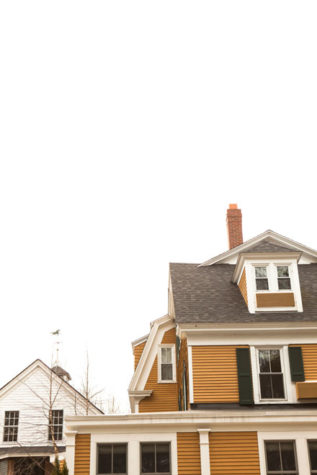 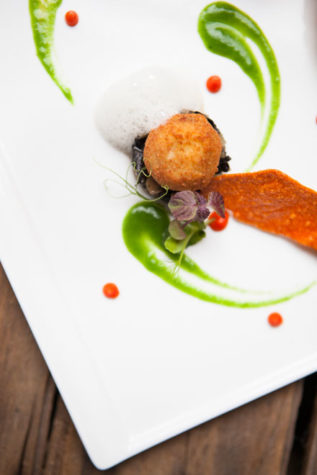 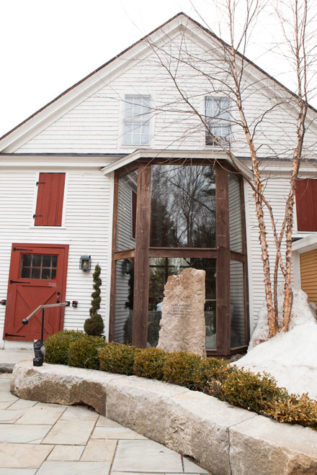 One of Maine's most celebrated rooflines: the iconic White Barn Inn 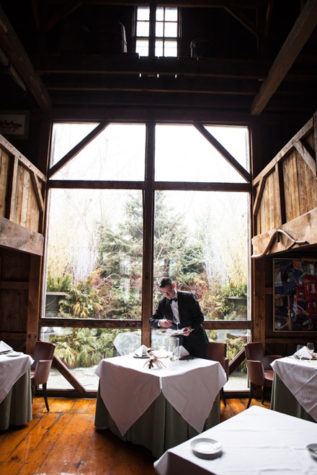 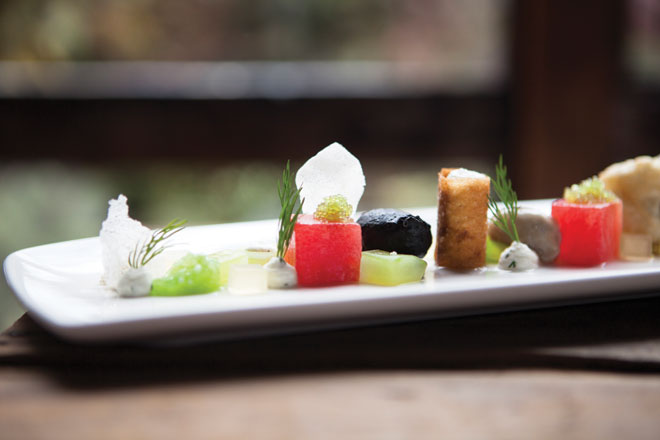 A still life in compressed watermelon and pickled cucumber 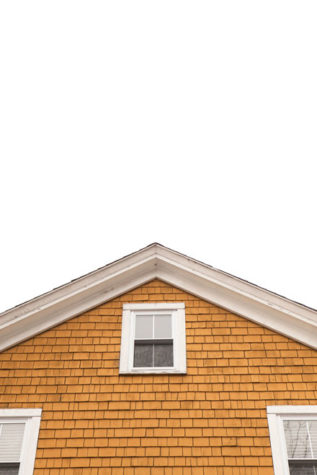 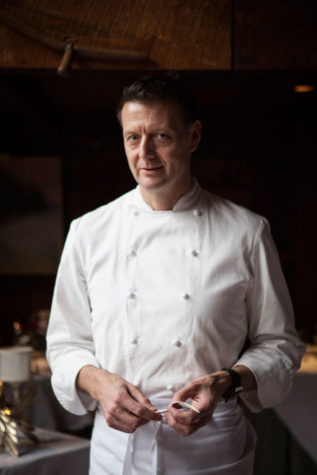 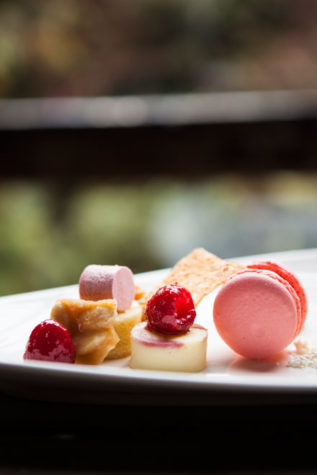 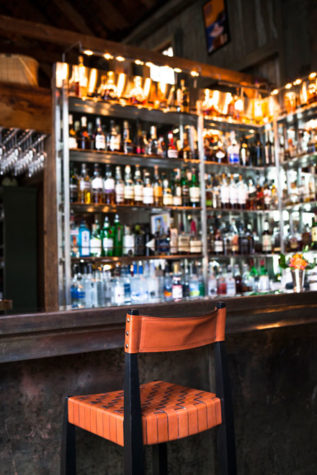 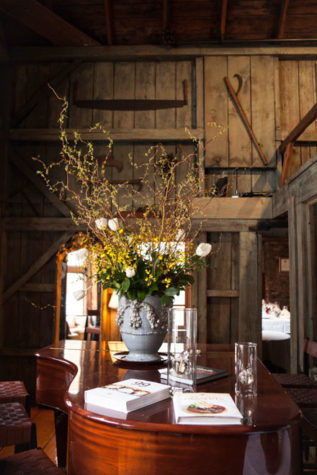 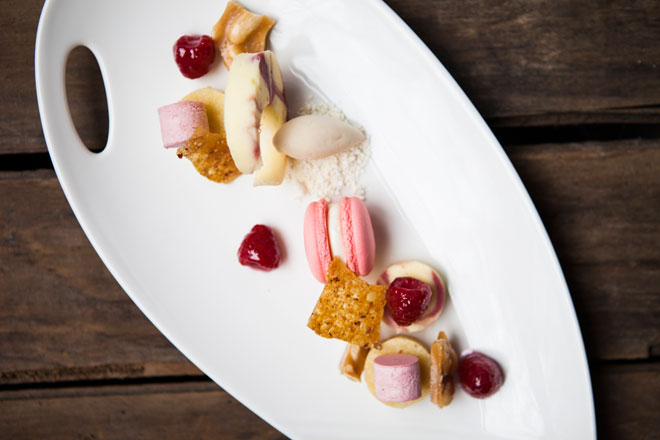 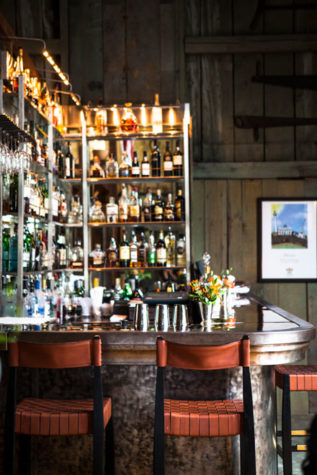 The cozy bar inside the barn: one part rustic, two parts high refinement

Jonathan Cartwright hated school while he was growing up. His favorite truancy trick was to ride his bike to the orchards north of Sheffield, England, and “scrump for crab apples” that he’d gorge on until he was so sick he couldn’t possibly go to class. He lived to race his bicycle, and his dream was to win the Tour de France.

For a while he was very serious about his dream. In England, students can leave school at 16 if they’ve finished their coursework, and once Cartwright hit the birthday jackpot, he was out of the classroom and on his bike. “I thought I’d be unemployed,” he says, “and ask Dad for handouts and chase my dream to ride.”

But Cartwright’s father thought differently. To make sure there was no confusion, his dad declared, “I’m buying you no more bikes.”

Chef Cartwright has a warm, singsong British accent and a placid face that could be called serious-looking—the kind of face you wouldn’t want to confront in his kitchen if you’d botched the soufflés meant for dinner that night. But it’s also a face that breaks into laughter at the slightest provocation, or even the rumor of a joke. We’re sitting on couches in the living room of the White Barn Inn in Kennebunk, Cartwright’s award-winning home away from home for the last 18 years. The fire is lit and the table is set with afternoon tea.

“I was never going to win the Tour de France,” he says, smiling. “The dream was truly a dream.”

His dad gave him an edict: “You will go out and get a job.”

Cartwright applied to a work crew paving city roads, which he calls “the most excruciating job interview of my entire life, minus this one for Maine magazine.” Five hundred people applied for two openings. The application required two written exams and two live interviews. Cartwright made it to the very last round. “I thought I had it. We were down to the final four people. But then I got the notice two days later: ‘You were unsuccessful.’ I couldn’t believe it! How could they do that to me?”

It was a turning point. The next day his father came home from work and said, “You know that restaurant in town where I go for all my business lunches? They’re looking for a training chef. You should go apply.”

Cartwright had made a few cakes with his mother, “only so I could lick the bowl. But how hard could cooking be? Boy was I wrong.”

He rode his bike down to the restaurant the next day, and the head chef, an imposing, barrel-chested man named Adrian Machin, asked Cartwright about his background. “Cooked a lot,” Cartwright lied to him. “Have lots of experience in cooking.”

Then Machin said, “If you get the job you’ve got to go to college.”

“College?” Cartwright asked him. “What?” He’d just escaped school. But the job was a formal apprenticeship, in partnership with the local cooking school.

“Sunday!?” Cartwright yells. Inside the White Barn Inn, the fireplace gives off a welcome heat, but sleet comes down hard outside. “Sunday is cycling day! Racing day!”

“Mayonnaise?” Cartwright asked him. “Doesn’t that come out of a jar? Kid me another one.” But he fetched the eggs, and then he and the head chef made three gallons of mayonnaise. Cartwright had no idea what he was doing.

When a sous-chef didn’t report for work the next night, Cartwright was put on the “hot line” cooking next to the head chef. “I thought it was going to be hell,” he says. “I thought it was going to be the worst day of my life.” He seriously considered riding his bike away and never coming back—maybe pretending to get hit by a car. But they pulled the night off beautifully. The hot line was set up so well that “you would have had to be a moronic idiot to fail that night.”

Cartwright got into the flow. He and Machin had telepathy. They were a team. They didn’t have to talk. At the end of the night the two of them had served 80 people and the chef was happy. Cartwright was happy. It was an inflection point for him.

The restaurant at the White Barn Inn has high open ceilings and exposed beams, and it was from this great vantage point that Cartwright watched the American food scene transform. “I cannot believe food here has changed so much,” he says. “From cosmetic to taste-driven. Now it’s like every street corner in the States has a fantastic restaurant.”

The White Barn Inn is one of only five AAA Five Diamond restaurants in New England, and if Cartwright’s in town he’s usually cooking on the line at service time, “helping or hindering.” He gets the most enjoyment out of classic ingredients and combinations. “If it’s a piece of beef, people want it to taste like a piece of beef. Not a tuna steak.”

What’s he like in the kitchen? “I’m very hard to work for. But I can’t turn everything on its head and get very upset anymore and then walk away. That’s not fair to the team. I try to be just a coach. In summertime when we’re all going 100 miles an hour, the odds are stacked against us. We’re outnumbered. Sometimes I can slip into old-fashioned Jonathan Cartwright.”

In 2007 the White Barn Inn was bought by a conglomerate called the Libra Group, run by a Greek family with offices and holdings all over the world. Cartwright is the chef de cuisine of each of Libra’s eight Grace Hotel restaurants and now spends part of every month on airplanes, moving through time zones. He says he sleeps when he’s taking care of his two young girls and has to put them to bed.

He loves the village of Kennebunk. His girls were born here. His girls ground him. They humble him. So does the talented international kitchen staff that the inn is able to attract. For him, much of the allure of cooking lies in the collaborative dance that his tightly run kitchen performs together every single night. They learn to rely on one another.

“After my first night on the hot line in Sheffield,” he says, “the cycling sadly slipped by the way.” It was replaced by a love of cooking. The link between Cartwright’s two abiding passions is teamwork. “You never win a bike race on your own,” he says. “It’s very similar to a kitchen. Food has been very good to me. I feel so lucky. But you can never cook without a team.”