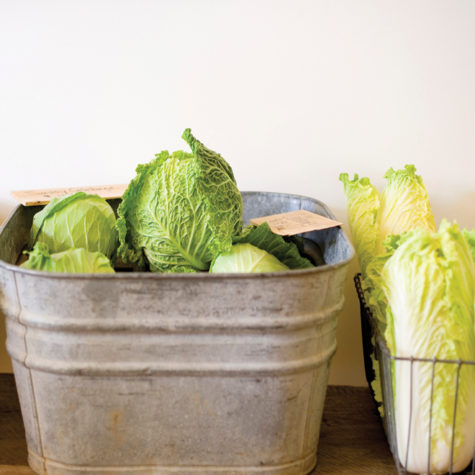 Belfast: one of the prettiest bays in Maine, and though purists may object, we think its just gentrified enough.

Shipwrights and sailors, farmers and foodies, builders and bankers have all had a hand in the Belfast of today. Yes, you can get a good latte, order an heirloom tomato salad for lunch, and then spend the afternoon gallery hopping, but the town still feels sixties groovy and totally real. And unlike most of the Maine coast south of Ellsworth, it’s relatively quiet, thanks to the fact that Route 1 bypasses downtown.

Settled in 1765 and named on a coin toss—if it had been tails I’d be writing about a place called Londonderry—the port town became a center of trade and a shipbuilding mecca, drawing in sea captains and farmers from towns to
the west.

Nearly two centuries later, the area’s agricultural heritage, well-preserved Gothic and Victorian architecture, and inexpensive land made it a haven for back-to-the-landers. They started a co-op, worked the soil, and led the way for a new generation of young organic farmers, artists, chefs, and entrepreneurs who are making their mark today. Commercial agriculture lured in poultry farms and processors. For a while, Belfast was known as the broiler capital of Maine, if not New England. Chickens eventually gave way to credit card companies. In the 1990s, MBNA came in and spiffed the place up a bit. Bank of America continues to operate a call center just outside of town. But while big banks had their hand in the downtown revival, plastic has little—if anything—to do with Belfast’s soul.

Check in to your hotel—go posh and shiny new at the Belfast Bay Inn & Suites, grand at The White House, or basic with a million-dollar view at the
Comfort Inn Ocean’s Edge. Then, head straight to Chase’s Daily. Owned and operated by a farming
family, Chase’s Daily is the type of place you wish
you had in your hometown. Be sure to wander through the restaurant and around the intelligently curated big-city-style art gallery, where you’ll also
find produce from the Chases’ farm—all of it pristine
and perfect, as if it were pulled from a still life.

If you want to head back to Chase’s for breakfast, nobody will blame you. Just don’t expect bacon—it’s a vegetarian restaurant, though it doesn’t bill itself as such.

Belfast is known for its vibrant arts scene, and you could spend an entire morning browsing the city’s galleries. Check out the contemporary art at Aarhus Gallery, a gorgeous collective space owned by a six artists. Visit Belfast’s newest arts destination, Roots and Tendrils, which showcases independent and emerging visual and performing artists and sells wares from Maine designers such as Ferdinand and Sock Monkey Cards. Browse Neal Parent’s fine art photography of the Maine coast at the Parent Gallery, and be sure to find out what’s happening at Waterfall Arts, a community arts center with a global view.

You may want to refuel at Bay Wrap: the teriyaki salmon wrap is great, as are the salads. Top it off with a scoop of John’s Ice Cream—made by hand in Liberty.

The shopping in Belfast is fabulous—not entirely surprising for a city that was, and still is, home to a credit card giant. Start at YoMamma’s Home. This design-focused boutique blends must-haves, such as Jane Marvel bags and Company C rugs, with all sorts of local treasures that you can’t find anywhere else. Green thumbs will love Brambles, a gardener’s Eden full of tasteful gifts, landscape accents, and potted plants. Though it’s not downtown, The Cherished Home is a must. The selection of home goods—Dash and Albert rugs, Pine Cone Hill linens—and little luxuries for women and babies is infinitely appealing.

After all this exploring, you’ll want to unwind on the deck at Three Tides, a rundown boathouse converted into a hip bar, restaurant, and brewery.

It seems like every hotel room in this town faces east, so chances are you’ll be up with the sun, no matter how much fun you had at Three Tides the night before. Not to worry, because the brunch at Belfast Co-Op will make you feel human again in no time. If huevos rancheros are on the menu, order them. If not, grab a scone or muffin. You won’t be disappointed.

Still not awake? Try a little sun and crisp salt air. Stroll around town on a self-guided walking tour—local merchants have free maps. Wander down to the town’s footbridge, a scenic walkway that spans the Passagassawakeag River, or grab a frisbee and head to the park beside the Belfast Boathouse.