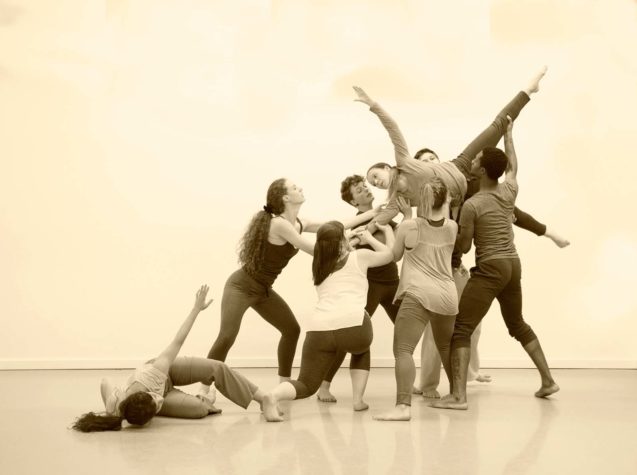 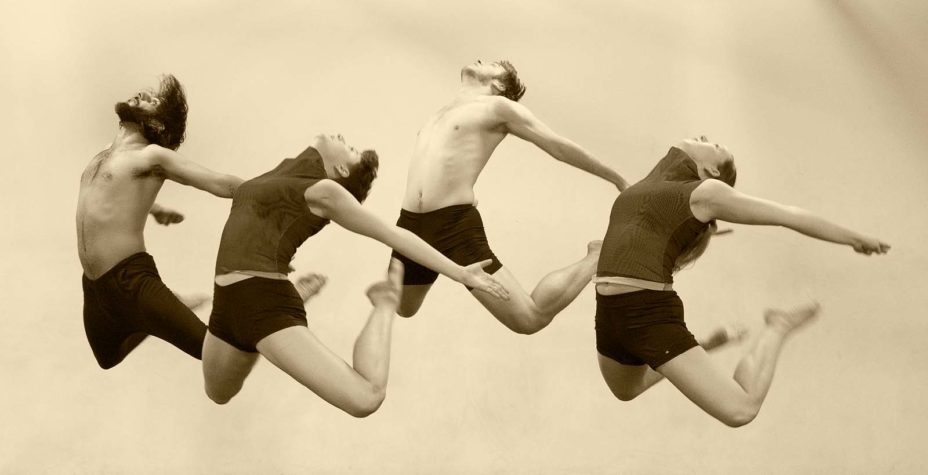 Capturing the Essence of Dance

A photographer looks to the rehearsal process for inspiration.

“Electric” is how Arthur Fink describes the first day he photographed dancers moving through a choreographed routine. “I felt like I was doing a duet with them and that I belonged in the space,” he recalls. “It opened up my world, and it was then that my deep connection to dance began.”

Dozens of framed photographs of professional dancers stretching and practicing contemporary poses line the walls of Fink’s Portland office. A close-up of a dancer’s feet hangs next to a ballerina in midair. At 72, he still can’t pick a favorite from several decades’ worth of pictures. Instead, he likens his work to children, pointing out what he loves about each one and what irks him. “It’s not about the eroticism of the body,” Fink says as he walks past his photo essay of dance. “It’s about honoring the dance and the rehearsal rather than the performance itself.”

Fink grew up in New York City and spent the early years of his career at an international consulting firm. In 1981, he got divorced, left his firm, and moved to Portland, where he bought and renovated a historic townhouse on Danforth Street. He started to experiment with photography and turned the first floor of the townhouse into a commercial photography studio. A graphic designer whom Fink hired to create business cards looked at his portfolio and suggested that he should photograph dancers.

Since then, Fink has immersed himself in the dance world, photographing dancers at the Bates Dance Festival, Casco Bay Movers, and the Bearnstow Artist Retreat. He aims to illustrate the unrefined moments of a dancer’s rehearsal process—a step he feels dance photographers often ignore. “I document the work and energy that goes into a dance, not the final performance,” Fink says.

Two years ago, he attended every rehearsal for Portland Ballet’s production of Giselle. After the final dress rehearsal, he captured an image that he feels best represents his vision. In the photo, the company dancers are sitting on stage in their tutus listening to the director’s post-rehearsal notes. Some have their pointe shoes untied while others are removing their bobby pins. “I took this picture of everybody in a state of exhaustion,” Fink says. “I looked at it and realized that it is the closest I’ve come to reaching my goal.”

Fink shares his technique by teaching workshops on how to tell a dancer’s story through photography. His next lecture is on May 29 at Mechanics’ Hall in Portland at 7 p.m. 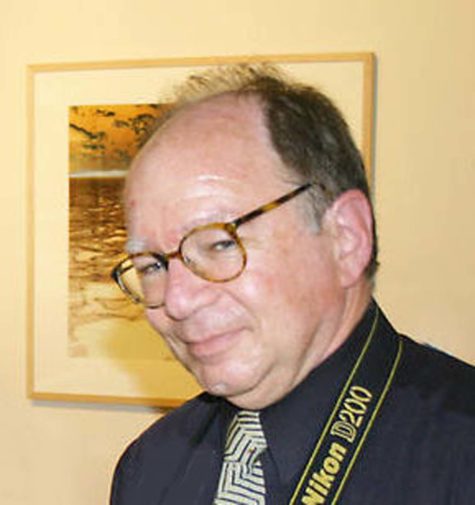