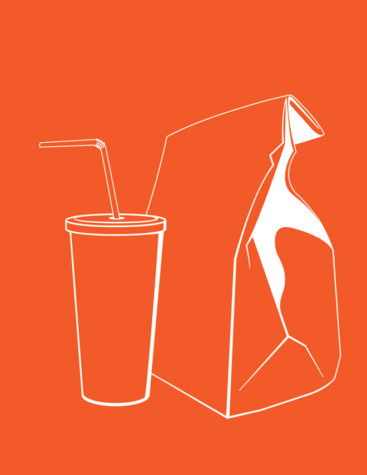 For some reason, most people are very familiar with their options for dinner in Portland, but find themselves baffled when it comes to making plans for lunch. Let me help you….

Saigon Restaurant
I think that most people will agree that there are few things more satisfying than pho, an enormous bowl of spicy broth filled with rice noodles, various herbs, and different cuts of beef. What may come as a surprise is that Saigon is also home to what are, in my opinion, the best chicken wings in town, served in a crispy shell with sweet chili dipping sauce. If you eat there four to five times a week, like I do, you will inevitably begin exploring the menu and discover that, in addition to so many other things, they also happen to feature some of the best ChineseAmerican food in southern Maine. There is also something about the muzak version of the Bryan Adam’s classic “(Everything I Do) I Do it For You” that just seems to make everything taste better.
795 Forest Ave. | Portland 207.874.6666

Foodworks
The chicken-almond-tarragon sandwich served on soft, freshly baked bread is problematic for me, since I refuse to branch out and try anything else on the menu. It isn’t that I don’t think the other sandwiches are delicious; it’s just that I worry about deviating from my natural craving and then seeing someone else with the chicken salad. Instead, I vow to sample the rotating selection of soups to maintain a bit of variety in my routine. I wonder what I could have done with my life if I put as much thought and effort into changing the world as I do into what I’m having for lunch.
47 India St. | Portland | 207.773.9741 | foodworks.freei.me

Micucci Grocery Co.
If you’re among the last, unfortunate few currently unaware of resident baker Stephen Lanzalotta’s Sicilian Slab, let me enlighten you. A hefty square roughly the size of an Etch A Sketch, the slab is a soft, chewy pillow of dough covered in tangy-sweet tomato sauce and a generous amount of melted cheese. Accept and cherish the slab in whatever state it arrives in your life, be it hot, lukewarm, or cold. You will be delighted at how wonderful and different it tastes, rewarding your restraint and saving you the embarrassment of asking to have it heated up.
45 India St. | Portland 207.775.1854

Miyake
There are two ideal Miyake lunch occasions that come to mind. The first is when you are damaged from the excesses of previous evenings, in which case I would specifically recommend a cup of miso soup to start, due to the mystical healing qualities of the dashi-style broth. An ethereally refreshing ceviche roll should follow, before finishing with the ten-piece chef’s choice nigiri. The second occasion represents the other end of the spectrum, the three-hour drinking lunch, where tasting menus and bottles of wine and sake should be ordered, most likely in an effort to impress an especially jaded business client.
468 Fore St. | Portland  207.871.9170 | miyakerestaurants.com

Walter’s
Walter’s, a longtime Portland institution now located in new digs, carves out a niche all its own in the city’s lunch scene, catering to those who want a slightly more upscale setting that nonetheless serves boldly flavored comfort foods. The restaurant’s various soups, salads, sandwiches, and pastas are influenced by a blend of Asian, Latin, and Mediterranean styles, offering a perfect excuse to dabble in selections from the well-executed cocktail list.
2 Portland Sq. | Portland  207.871.9258 | waltersportland.com

The Old Port Sea Grill
It is always helpful to know which lunch spots are open for business during the interim hours of 2:30 and 5:30, and the Old Port Sea Grill understands that few late-afternoon snacks are more appropriate and satisfying than a dozen oysters on the half shell spiked with lemon juice and Tabasco sauce. The restaurant also serves one of the best lobster rolls in Maine, as well as a rich and smoky take on traditional New England-style clam chowder. Any time I have guests who require “You know, food that people from Maine eat,” I bring them here.
93 Commercial St. | Portland | 207.879.6100 | theoldportseagrill.com

Market Street Eats
It is safe to say that, after many years, Market Street Eats has perfected the elusive art of the “wrap.” Employing a Lebanese-style flatbread that is world’s apart from the flimsy, flavorless flour tortillas favored by other wrap sellers, owner Colin Rankin is perpetually keeping things interesting with a never-ending list of creative combinations, including my personal favorite, the Rare Force One, a tender, rare roast-beef wonderfulness smothered in melted cheese, spicy mayo, and pickled chilies (to impart a crunchy texture). The daily lunch-hour mob scene suggests that others agree with me.
36 Market St. | Portland | 207.773.3135

Tu Casa Salvadoran Restaurant
Few things warm my soul more than overloading my cheese pupusa with green El Yucateco habanero sauce, and then watching soap operas in foreign languages while my heart races and my brow sweats profusely. Just when I think I can’t take it anymore, my patience is rewarded with an ice-cold Pacifico, which I greedily slug before diving into an order of tongue tacos garnished with crunchy lettuce and pico de gallo.
70 Washington Ave. | Portland 207.828.4971 | tucasaportland.com

Five Guys Burgers + Fries
Provided that you don’t mind being “shipwrecked” for a solid hour following your meal, there are few things as pleasurable as a Five Guys double cheeseburger, piled high with toppings of your choosing. Be warned that a “small” order of French fries is the equivalent of three “super-size” portions at fast food restaurants of a lesser pedigree.
425 Fore St. | Portland 207.541.9275 | gofiveguys.com

East Ender Bar + Kitchen
I like to avoid the steep set of stairs to the second-floor dining room, opting instead for one of the many couches located by the fire in the first-floor lounge. Once comfortably situated, I order hickory-smoked trout fritters served with caper mayo and lemon, before moving on to one of the best “fried bologna sandwiches” in existence, seared mortadella cheese, yellow mustard, and a sunny-side-up egg. After a few bracing glasses of German Kolsch, you may be getting nice and loose, but please remember that it’s rude to put your snakeskin cowboy boots up on the furniture. However, I do want a pair of those… Where did you find them?
47 Middle St. | Portland 207.879.7669 | eastenderportland.com

Po’ Boys and Pickles
Though Po’ Boys is constantly adding new and delicious selections to its lunch menu, such as chicken wings in a myriad of flavors, I can’t stop myself from ordering up a cup of gumbo with a flaky biscuit while I wait for a fried-shrimp po’ boy in a crumbly roll with lemon and mayo. All of this gets a liberal dousing of Crystal Hot Sauce and, if I’m feeling especially gluttonous, is washed down with a Turbo Dog Milk Shake made with ice cream and Abita beer from Louisiana.
1124 Forest Ave. | Portland  207.518.9735 | poboysandpickles.com