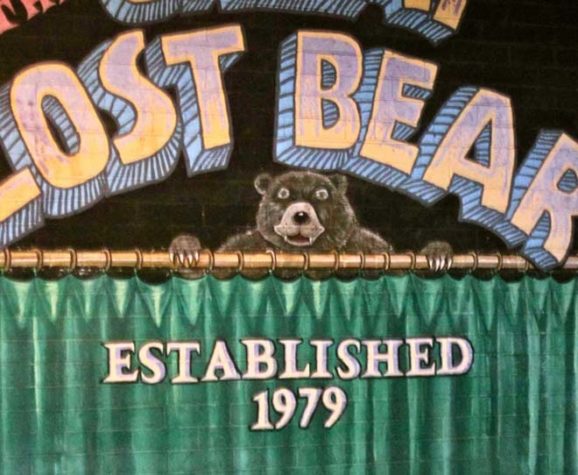 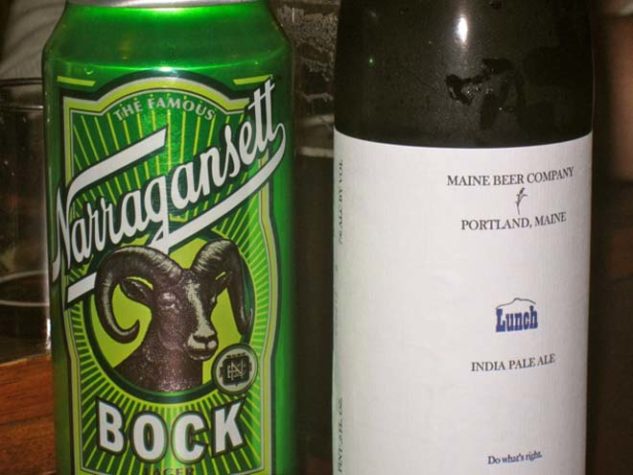 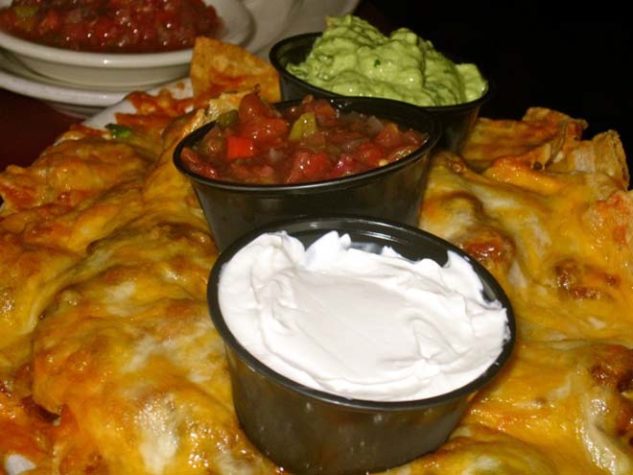 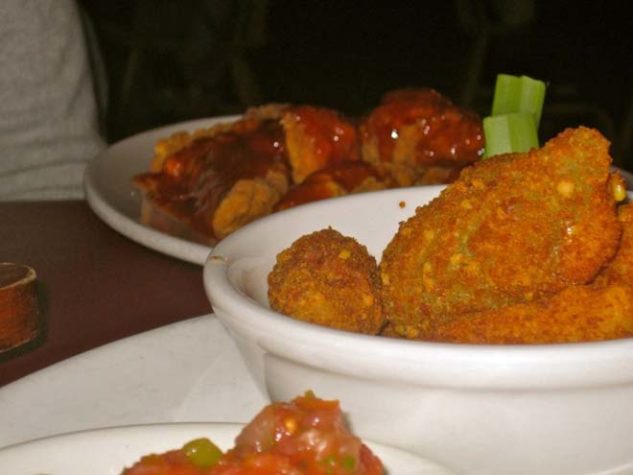 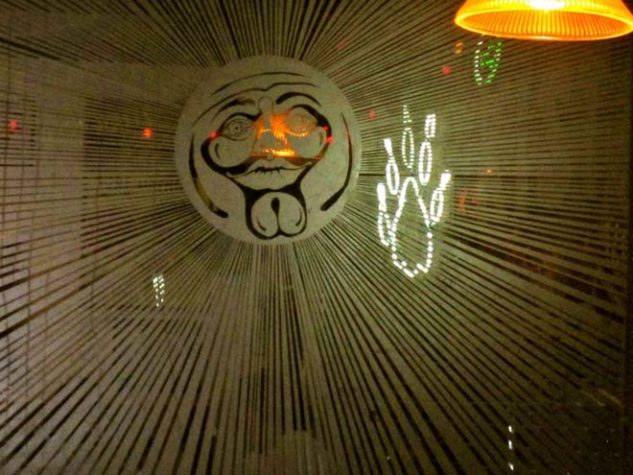 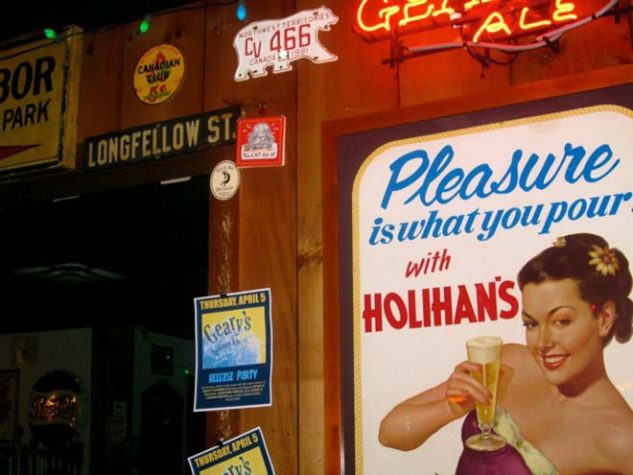 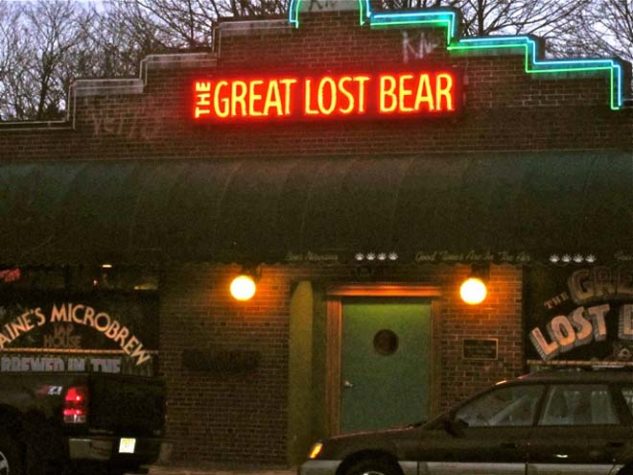 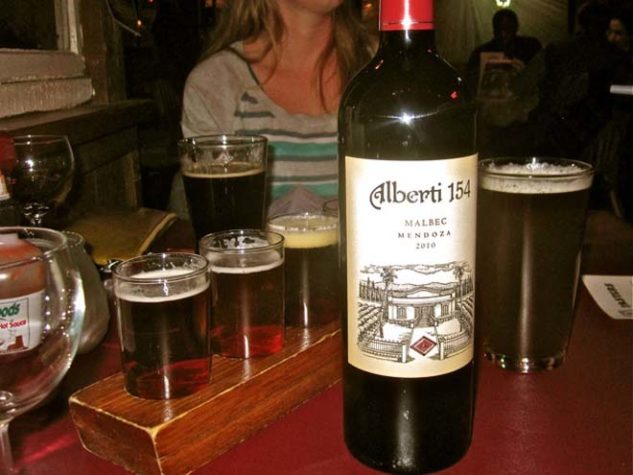 I have been coming to the Great Lost Bear for over 20 years.

I will admit that the first visit involved a cheeseburger and a tall, frosty mug of Coca-Cola, enjoyed in the presence of both my mother and grandmother at the tender age of 12. Over the years, my company evolved into roving bands of fellow derelict food service workers. These days I often hide out in one of the many dimly lit booths in the perimeter of the bar area, reminiscing about the “old times,” and imbibing freely.

Since its opening in 1979, the Bear has developed one of Southern Maine’s most legendary draught selections, featuring over 70 beers on constant rotation and several more in the bottle. A newly updated selection of wines now includes a few lesser-known producers in addition to the old favorites, making the bar more appealing for the wine drinking set. Of course, many elements have not and never will change, such as the photo gallery of staff alumni adorning the walls. One photo in particular stands out to me—it defines 1993 to a tee. You’ll know it when you see it.

On a recent Sunday, Mike Dickson, who manages the bar and has been employed by the restaurant for over 20 years, joins my companion and me for several drinks. After beginning with the Smuttynose Brewing “Satchmo” porter, with its mellow roasted malt and flavors of chocolate and mushrooms, we launch into a sampling of more aggressively hoppy beers. The fresh pine and citrus aromas of the Green Flash “Hop Head Red” IPA give way to a nice balance of bitter and sweet flavors, and also provide a nice contrast to the drier, floral notes of the Harpoon Brewery “Rich and Dan’s Rye” IPA. Because I sometimes feel vulnerable without wine on my table, I order myself up a bottle of Alberti 154 Malbec, a soft, fruit-driven red from Mendoza, to sip throughout our stay.

Before long we are staring down a massive platter of “Super Nachos,” smothered in beef chili and melted cheese and dotted with three large ramekins holding sour cream, guacamole, and salsa. Though the menu is expansive, I almost always order this crunchy, cheesy, meaty goodness with a liberal dousing of Lost Woods hot sauce. It might be common knowledge that cold beer and nachos go quite well together, but I personally feel that the Malbec is more perfectly suited for the job, and turn my focus to the bottle as my companions transition into the Maine Brewing Company’s “Lunch” IPA. This is one of the better examples of this style I’ve tasted in quite some time. Tropical fruit and citrus notes make it surprisingly drinkable for a beer with its slightly elevated alcohol content.

For the sake of variety, we also order up crispy fried jalapeno poppers and sweet chili chicken tenders with creamy ranch dressing on the side. You may think that someone my age would have learned by now that it’s best to let poppers cool for a few minutes before tossing them straight into your mouth, but for me, being scalded with nuclear melted cheese is part of the experience. My pain is soothed by a glass of Narragansett “Bock Beer,” poured from a tallboy can.

After we finish eating, Dickson must take his leave, albeit not before I convince him to join me in doing a shot of Rumpleminz 100 proof peppermint schnapps as a digestif. The icy-hot, poisonous-tasting burn of this beverage never fails to both enhance my mood and trigger waves of self-disgust at the same time. Coupled with what remains of the Malbec, it is the perfect top-off to my evening before going home and calling it an early night. Unfortunately, the jarring reality of Monday morning is not far away.

The Great Lost Bear is a quintessential neighborhood bar, with the pre-requisite group of diehard regulars and the high likelihood that you’ll run into a few people you know on any given night. There are dive-y elements, but in no way would it be considered a dive. Rather, it’s a delightfully nostalgic watering hole, where clientele from all walks of life can find common ground.