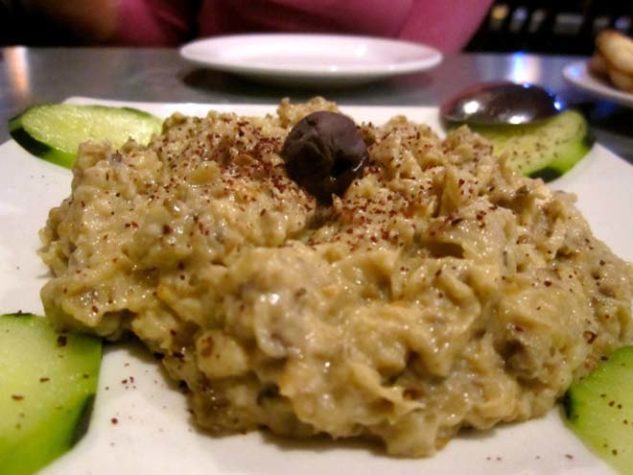 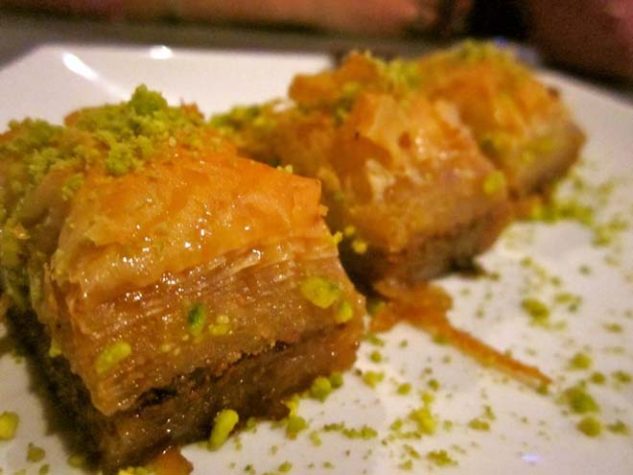 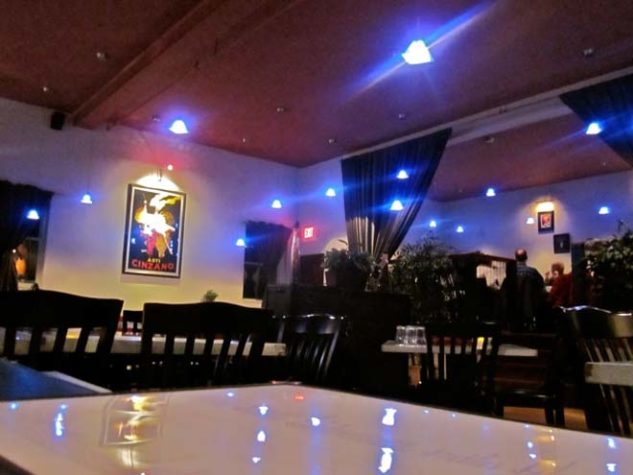 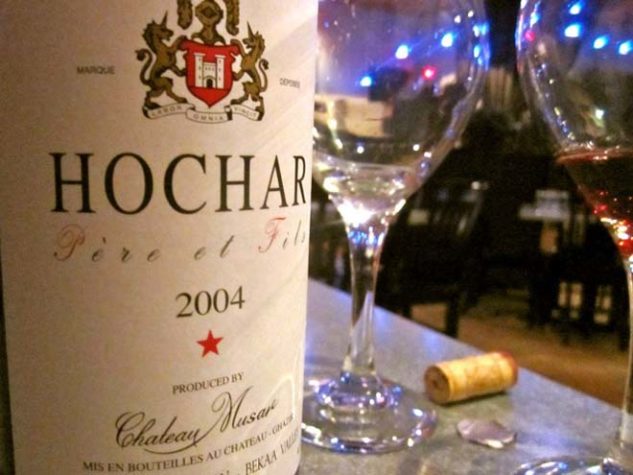 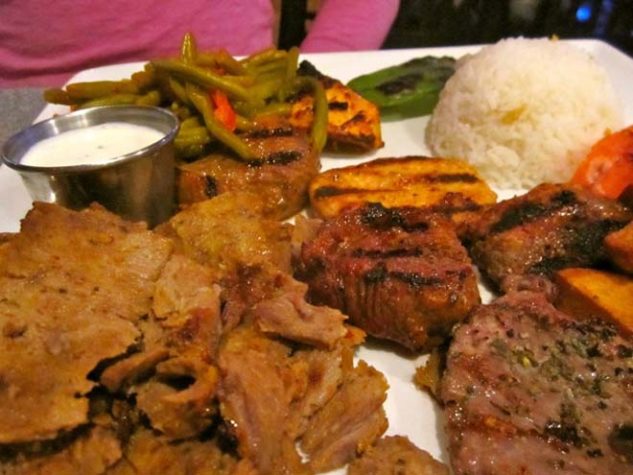 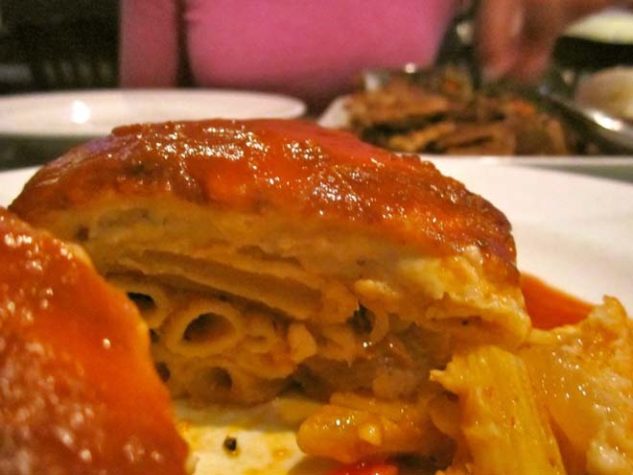 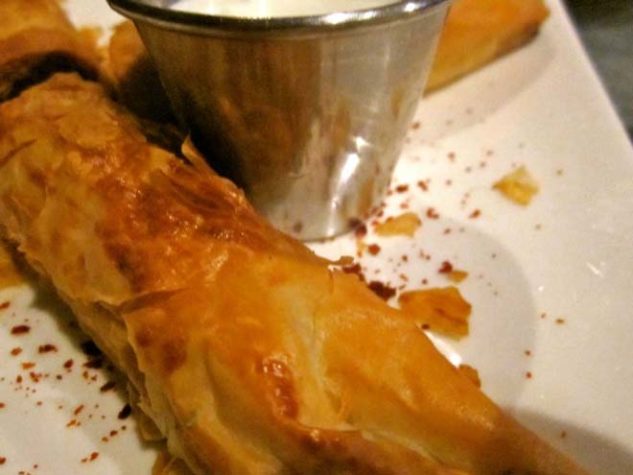 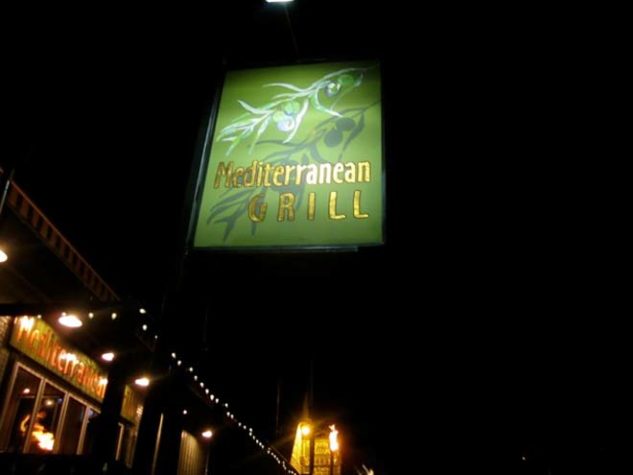 Though the two cultures are quick to point out their differences, many find it difficult to differentiate between the cuisine of Greece and Turkey. Some suggest that Greek food is more rustic, claiming that the Turks practice a more sophisticated method of blending spices and integrating sauces. There are others who completely ignore the fact that Mediterranean Grill is a Turkish restaurant before writing a bad review online, claiming to have “never had food like that when they were traveling in Greece,” and deeming it “inauthentic.” Naturally, I was curious to try the Turkish cuisine at Mediterranean Grill for myself.

The restaurant is nestled amidst of a sea of tourist friendly chowder and lobster roll joints in the outlet shopping district of Freeport. The torches that illuminate the entrance to the restaurant seem fitting on such a cold winter night (which I feel is important to note was a Monday—add the Mediterranean Grill to the index of rare dining options on that night of the week). Freeport is a ghost town, but in the dining room there is evidence of a recent mass exodus. Two large parties remain, though one is gathering their coats and departing, and the loud Turkish music playing over the speakers and the bright lights over our table create a surreal atmosphere that I actually find strangely comforting.

To ease myself into the surroundings, I sip a Don Julio Silver tequila while inspecting the wine list. It’s clear that whoever created the list has paid attention to what actually pairs well with the menu. There are several selections from Turkey in addition to a plethora of respectable producers from around the world. I select a bottle of 2004 Chateau Musar Hochar Pére et Fils, a red blend from the Beqaa Valley in Lebanon, which is quite possibly one of my favorite wineries. This offering is redolent with currant, black pepper, and earth. As I express my excitement over the wine, my dining companion complains because I do not share her desire to order scorpion bowls, which are apparently on the cocktail list.

She quickly realizes that sipping Hochar from a glass is far more preferable than wrapping her lips around a straw and taking in 19 different kinds of liquor mixed with fruit punch and set aflame. The wine is absolutely perfect with the first course, babaghannush, a smoky and very garlicky puree of eggplant mixed with a bit of yogurt. Slices of cucumber help to temper the burn of the garlic, and it is quite delicious, especially with the very warm pita bread served alongside.

House sigara borek, rolls of crispy, flaky fillo dough filled with warm ground meat, onions, and herbs—the most pronounced of which being mint—is up next. All of the textures and flavors work in harmony here and are accentuated by the tangy yogurt dipping sauce. So far, I’m quite content.

By ordering the “Mixed Grill,” we kill several birds with one stone. The large platter contains three different kinds of kebabs, doner (gyro) meat with yogurt, lamb chop, and two varieties of kofte (a boldly seasoned meatball, of sorts). The accompaniments include white rice, house potatoes (similar to home fries), and stewed vegetables, which are particularly spicy and satisfying in the same way that green bean casserole is. I mean this in a positive sense.

Of the kebabs, the lamb is my favorite, though all of the meat is aggressively salty. The essence of the grill has been imparted nicely into the beef, but the chicken tastes a bit like the store-bought barbeque variety. The lamb and beef kofte is well seasoned, but a bit on the dry side, whereas the flavors of the chicken version, made with mozzarella cheese and various seasonings, seem a bit out of place. The doner is outstanding, both in flavor and texture, while the lamb chops suffer from the same fate the kebabs do—both are dramatically over seasoned.

For our second entree, we choose the vegetarian option of pastitio, a dense, hearty pasta dish of ziti that has been tossed with olive oil, layered in a pan with feta, mozzarella, and vegetables, and baked in béchamel before being topped with tangy tomato sauce. The pasta has a very pleasing, toothsome texture, which actually adds to the overall weight of the dish. I enjoy this very much, but it is so decadent that even I am forced to admit defeat and take the leftovers home with me.

Because of my heart-smart decision to stop halfway through the pastitio, I have successfully managed to save room for what is quite possibly the best baklava I’ve ever had the pleasure of tasting. It is flaky, dense, and sweet, with a very pleasant caramelized layer on the bottom and a sprinkling of toasted pistachio as a garnish. My dining companion refers to them as “little bricks of happy.”

Though I wouldn’t describe Mediterranean Grill as inexpensive, I will say that the food is thoughtfully prepared, the portion sizes are quite ample, and the ambient dining room provides refuge from the bargain hunting drones found roaming the village. It is obvious that the folks at the Mediterranean Grill have been doing this for quite some time now, and it’s nice to see that the business continues to thrive.