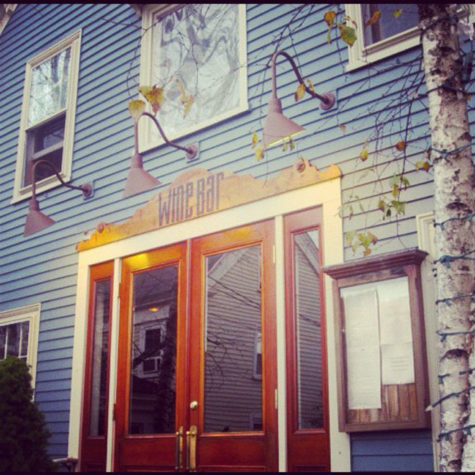 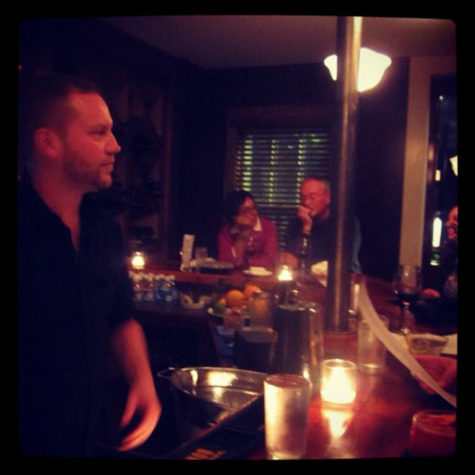 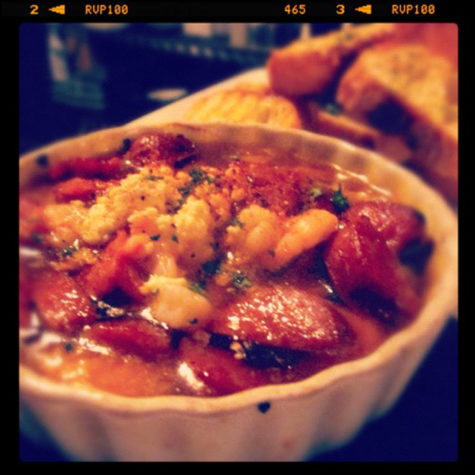 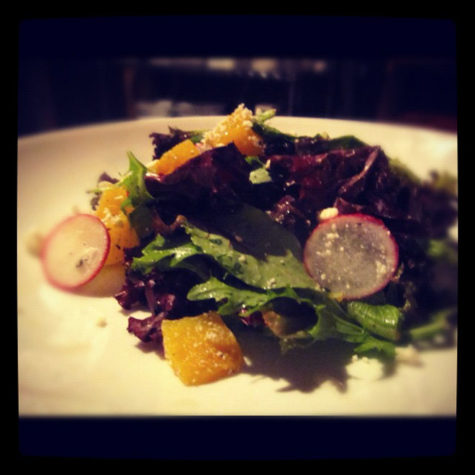 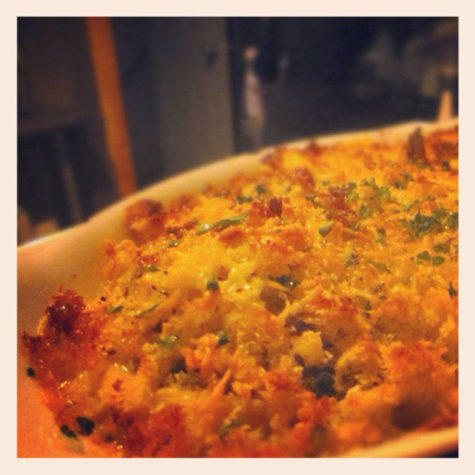 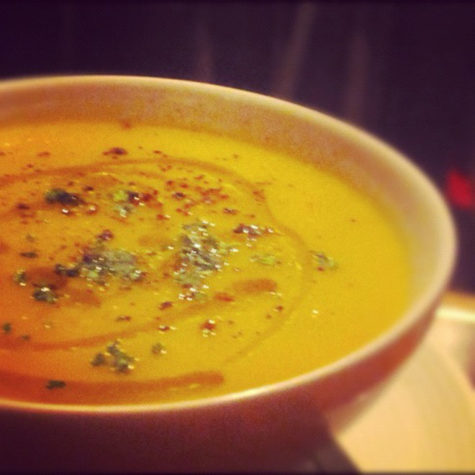 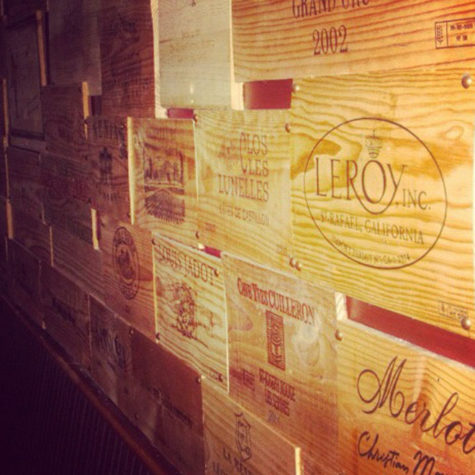 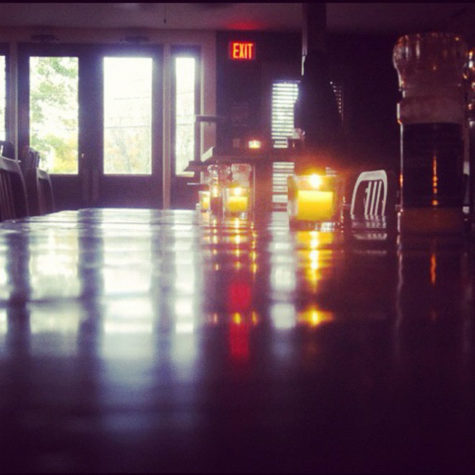 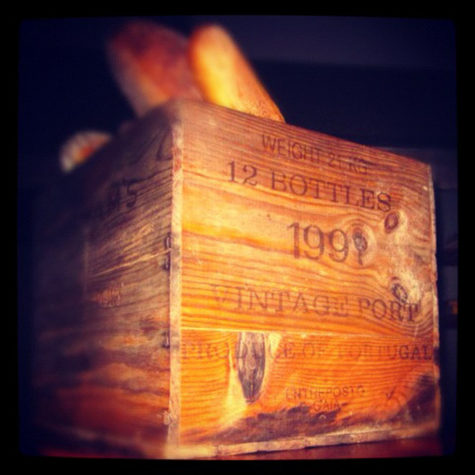 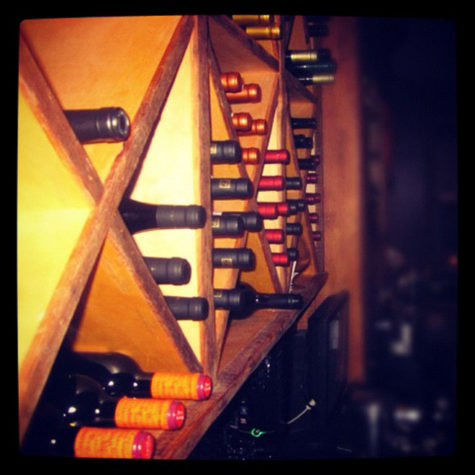 There is something rather calming about the flicker of candlelight against a wall lined with old wine casks. The last remnants of daylight illuminate the rest of the dining room as I slide into position at the bar. Outside, the vibrantly colored autumn leaves hang from the trees while two patrons crowd around a small patio fireplace. One might say that autumn is the perfect time to visit Old Vines.

Since 2009, proprietor Mike Farrell has provided a place for residents of Kennebunk to escape the crowds of tourists, and the ambience of the renovated barn makes it feel like a hideaway of sorts. It is simple and cozy, with dim lighting and cooking aromas wafting from the small wooden “kitchen bar” in the corner, where most of the food preparation takes place.

Though there are “safe” choices to be found amidst the wine selection, it is encouraging to see the emphasis that Farrell puts on the eclectic, prominently featuring lesser-known varietals like Mencia and Sagrantino. I opt to begin with a glass of Riesling from Ravines Wine Cellars, located in the Finger Lakes region of New York State. What many people do not realize is that the climate there, which is quite similar to that of Germany and the Alsace, lends itself to dry white wines of striking acidity, with pronounced flavors of limestone and petrol. The only drawback is that, due to many of these wineries being quite small and their supply limited, they tend to be a bit expensive—though not so much when compared to their European counterparts.

Because it is billed as a wine bar, many people might be unaware of the extensive cocktail program that has developed in recent years. Bartender Scott Doherty offers over 20 different creations, with most paying homage to the Prohibition era variety. He makes his own bitters, grenadine, and tinctures, in addition to exclusively employing fresh squeezed juices. He is, by his own designation, “a professional enabler,” so I am forced to exercise a bit of caution in an effort to pace myself—because it just so happens that I am one as well.

A lone cook, who works out of the small corner kitchen and maintains a surprisingly quick pace to keep up with the dinner rush, prepares the food. Portion size is conducive to ordering several dishes to share amongst two diners. Because I am flying solo, I put my eating pants on and begin with the roasted squash soup, which has been puréed to a rich and velvety texture without the aid of cream or flour. Fennel and apples impart texture and sweetness, while a liberal showering of black pepper makes my mouth tingle.

I move on to a salad of roasted golden beets, served atop mixed greens with feta, sour cherries, radishes, and hazelnut vinaigrette. Once again, the variety of contrasting flavors works in harmony with one another, and I particularly enjoy the way that the raisin-like sour cherries play off of the tender, earthy beets. One of the most common problems associated with pairing wines with salad is that acidity of the vinaigrette causes the wine to take on an astringent characteristic, but there are enough savory elements on the plate here to carry the Riesling through unscathed.

The last two dishes are considerably more decadent, beginning with broiled shrimp and spicy chorizo that have been simmered in olive oil and garlic. Sherry vinegar and a squeeze of lemon juice provide the much-needed acidity that makes this dish so satisfying, especially when piled onto baguette toasts. When dealing with ramekins brimming with hot oil, it is always advised to exercise caution—I would definitely recommend against tucking your napkin into your shirt—lest one’s dry-cleaning bill go through the roof.

I finish with the Old Vines interpretation of mac and cheese, in which housemade garganelli pasta is enveloped in an ever-rotating variety of cheeses, mixed with sautéed shiitake mushrooms, and topped with more cheese and bread crumbs before being baked to a lovely golden brown. I enjoy that the baking dish has a large surface area, as it allows for more of the crunchy layer to permeate each bite. The flavor of the mushrooms is intense, especially when accentuated with a tiny sprinkle of aromatic truffle oil.

The small dining room has completely filled up as my repast draws to a close. I observe couples sharing bottle of wine and a pizza, as well as solo bar patrons enjoying martinis with a simple snack of spiced Marcona almonds.

As Farrell puts it, “We can fill a variety of needs.”