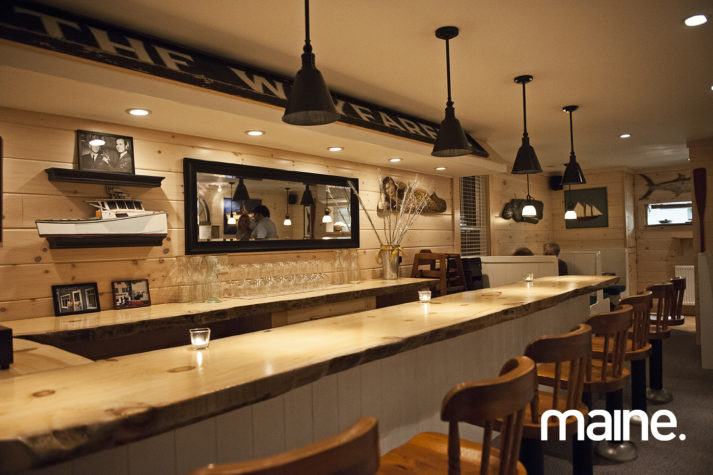 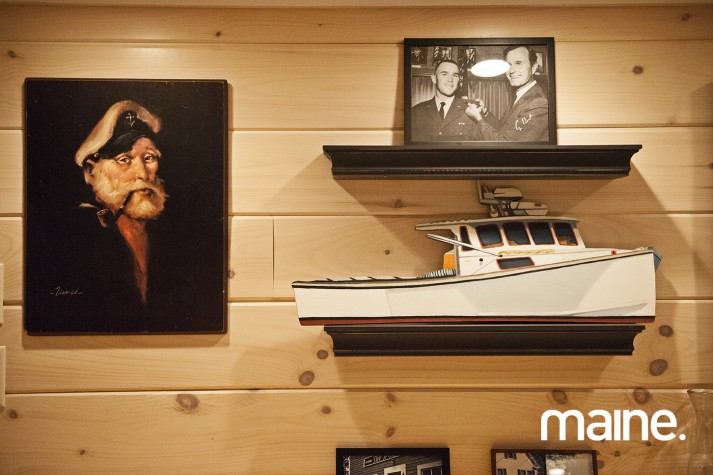 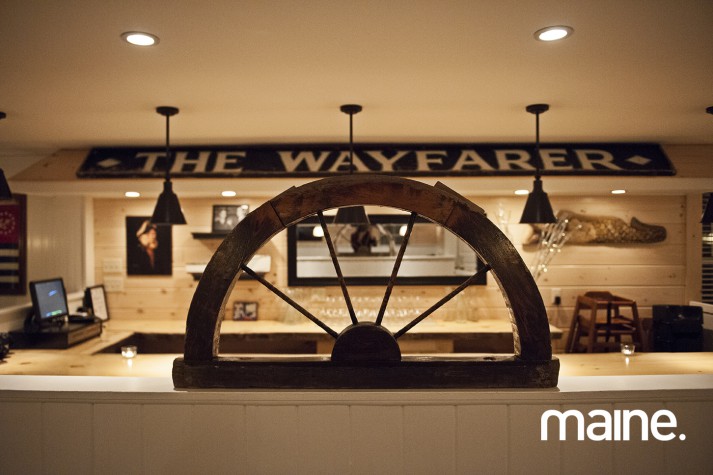 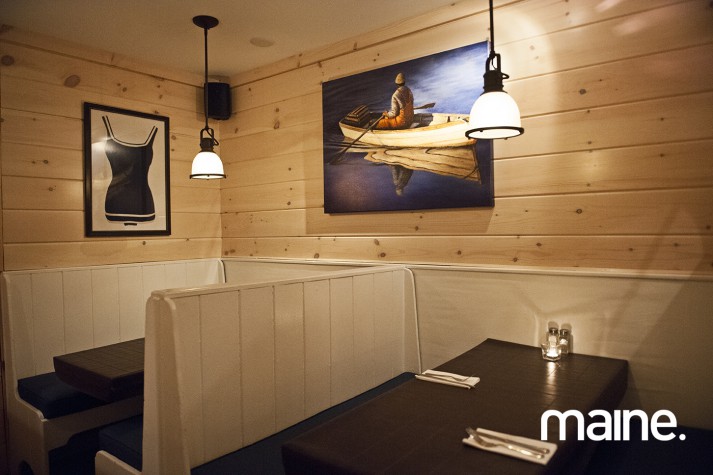 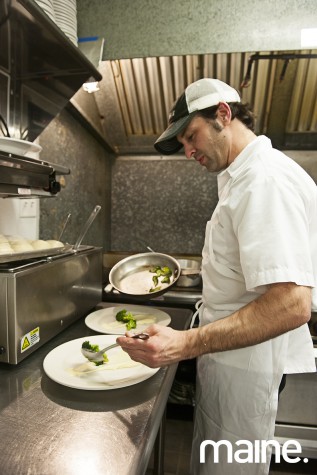 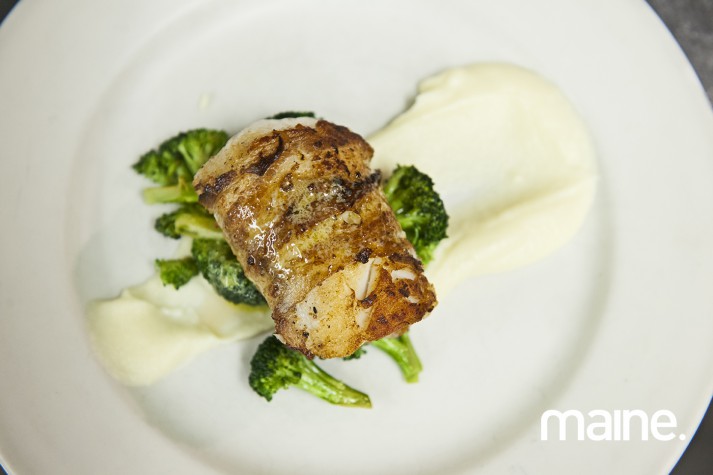 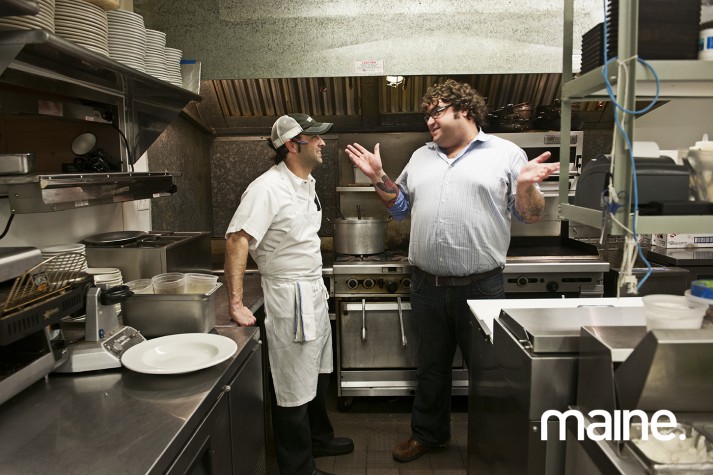 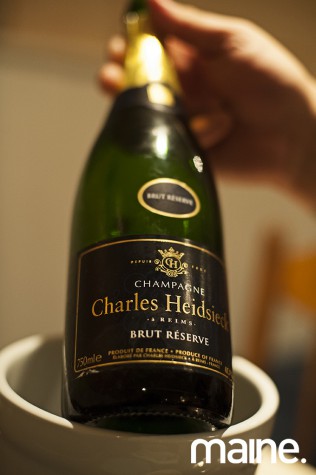 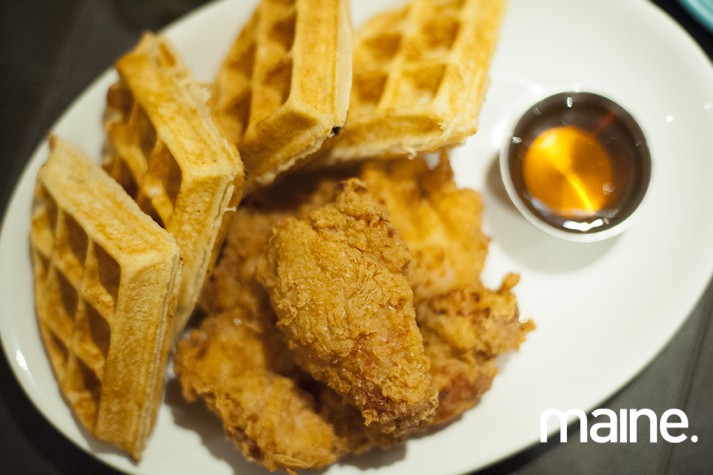 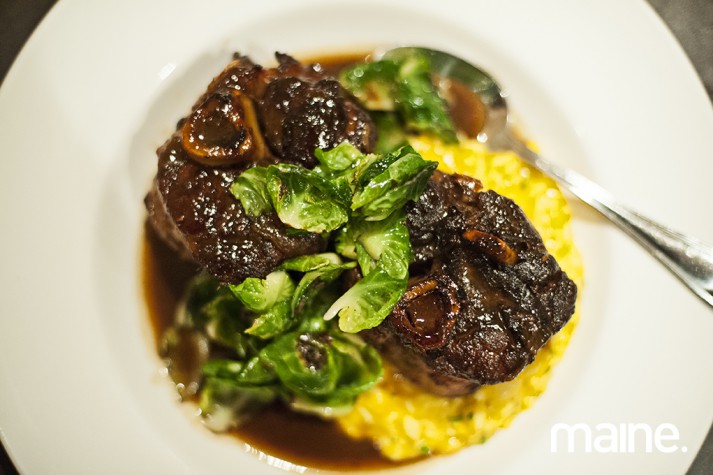 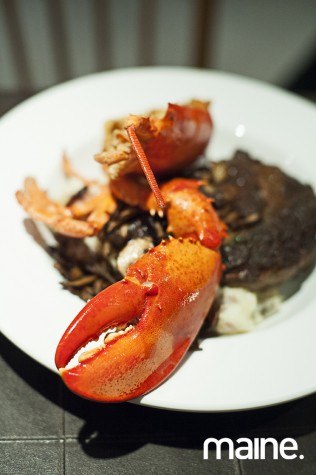 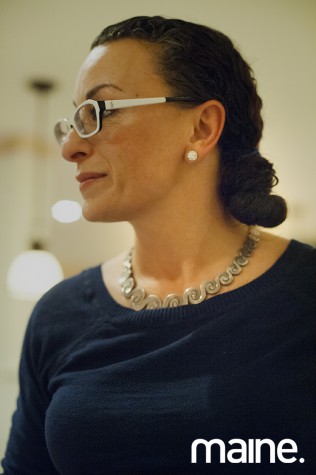 When purchasing an iconic restaurant, there are going to be some very specific challenges to maintain the natural balance of things. As was the case with the Wayfarer in Kennebunkport when Scott and Deidre Lewis bought it last spring.

To begin with, there are the obvious structural updates. The new owners learned this when they set out to perform a “cosmetic renewal” of the restaurant built in 1958 and watched it develop into a full-blown renovation. They had to replace the plumbing and electrical system while preserving the décor and atmosphere, which they achieved by keeping the original floor plan in place, upgrading the bar with a soft pine slab, and utilizing white-washed pine for the interior walls. By keeping the old bar stools and booths they have been able to hold on to a “quintessential Maine” atmosphere with a decidedly modern twist.

The other major obstacle fell into the hands of chef and co-owner, Brendan Levin, who was charged with the task of updating the menu while taking care not to remove classic staples and alienate hordes of loyal patrons that have been frequenting the Wayfarer for the past several decades.

Levin was prepared for the task. He had spent the last seven years honing his skills in Charleston, where he worked under legendary chefs Frank Lee and Anthony Gray at High Cotton before accepting an offer from Jeremiah Bacon at Oak. It was at Oak that Levin was able to refine his abilities as both a chef and a kitchen manager while being trained in contemporary styles of Southern cookery, which he has so enthusiastically brought to Maine.

One such example is whole fried lobster, in which Levin dredges halves in seasoned flour before plunging into hot oil, producing meat that is surprisingly delicate and very tender. He describes another Southern classic that is a staple on the menu, fried chicken and waffles, insisting,

“If you’re going to only have two elements on one plate, they’d better be equally good. We have perfected our waffles by preparing a ton of them during breakfast service day in and day out, but the recipe for the chicken is something I picked up in Charleston. It’s really pretty simple – we dredge them in seasoned flour with cayenne, paprika, black pepper, and garlic, which is traditional, but there is also a secret ingredient that I cannot share under any circumstances.”

The result is a crunchy outer coating on the bird that clings to the tender, flavorful meat, facilitating equal amounts of both in each bite. Of course, both the chicken and the waffles benefit from a liberal amount of Maine maple syrup.

When creating the dessert menu, Levin worked with his crew to research ancient “grandma” recipes to use as the foundation in an effort to pinpoint forgotten ingredients and techniques that they then built into original creations. This is especially effective in their profiteroles, where they substitute a sweet maple mascarpone for the usual ice cream filling, which tastes delectable and keeps the consistency of the pastry shell airy and soft.

One policy that continues to be a mainstay through new ownership is that of BYOB, and when I inquire of whether this may change Lewis says it’s not likely.

“The Wayfarer has always been BYOB which is unique in this area. We’re from New Jersey where they are extremely prevalent and we were surprised to see how few and far between they are when we arrived in Maine. Patrons love this option, so by that rationale it definitely works for us.”

It is exciting to see all of the elements falling into place so early on under new ownership, and they have continued to serve breakfast, lunch, and dinner seven days a week without fail. Even seemingly miniscule yet important details like providing appropriate stemware for patrons whether they bring in sparkling or still wine are seen to, which is a natural indicator that the business is being run the right way and with pride.

That being said, may I suggest that Champagne pairs quite nicely with the entire menu?