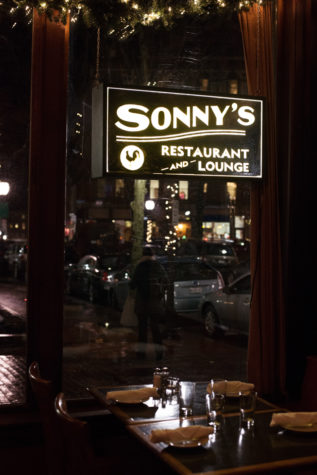 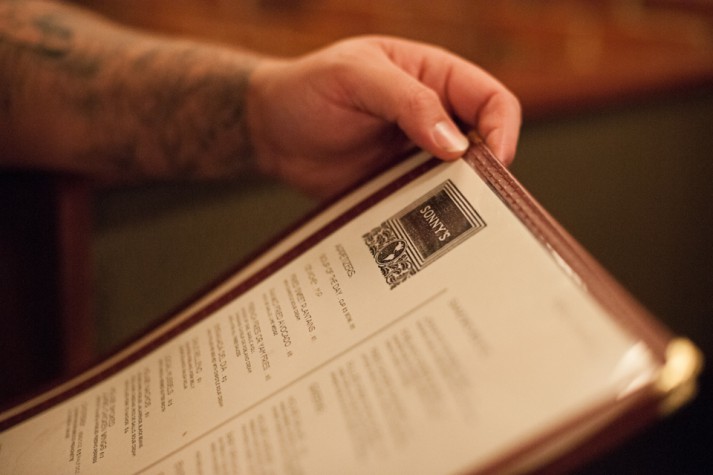 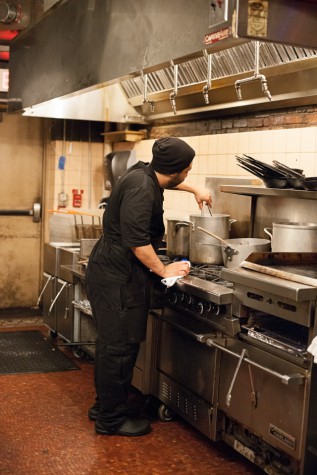 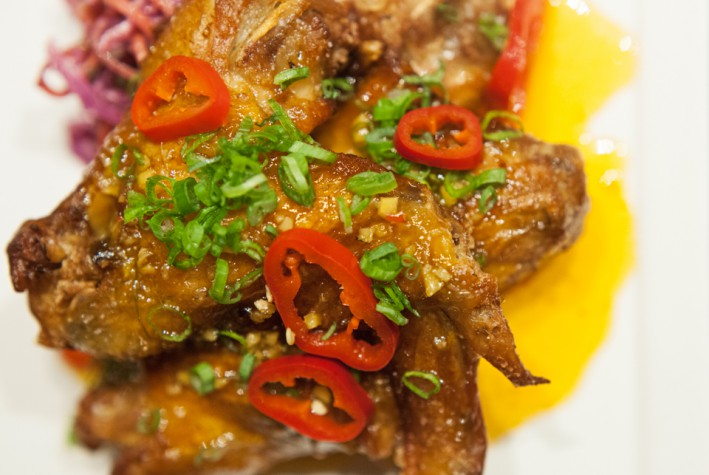 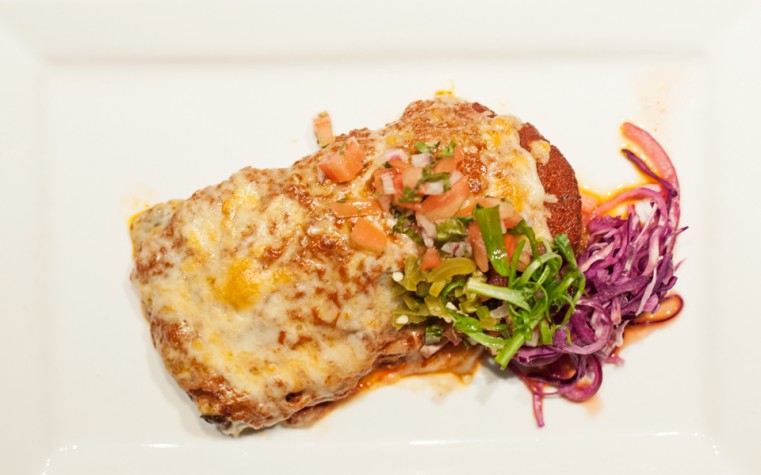 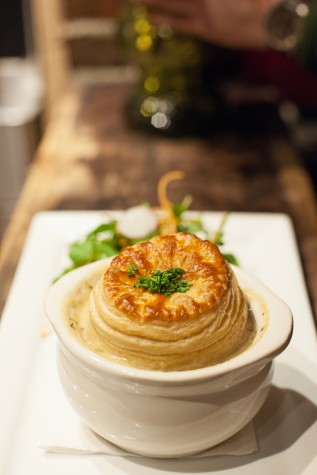 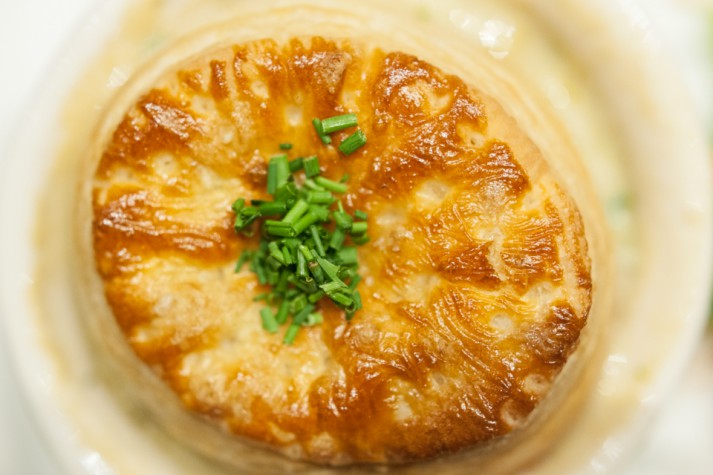 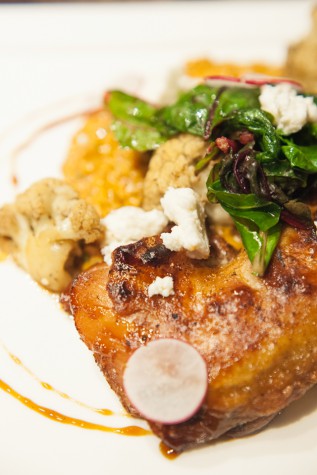 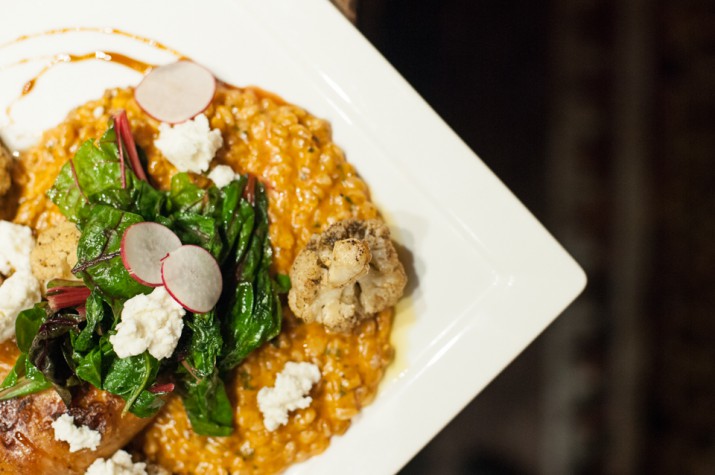 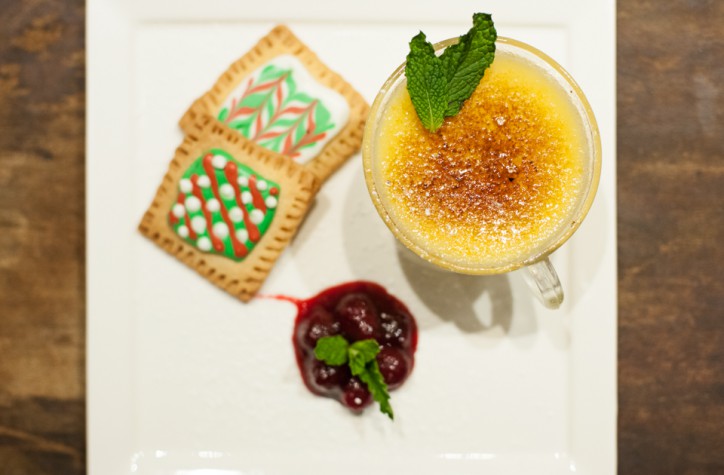 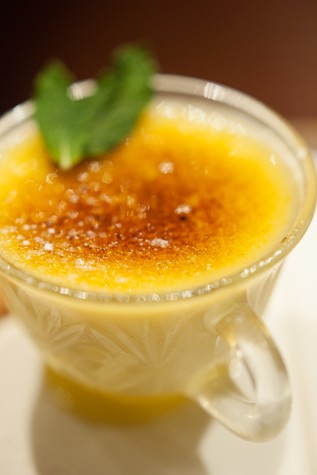 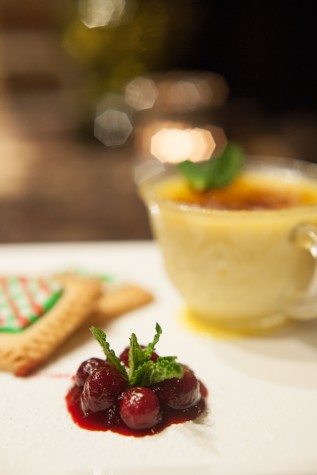 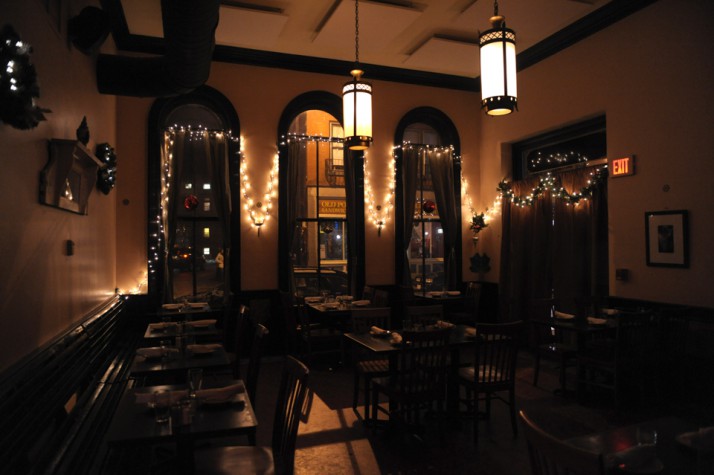 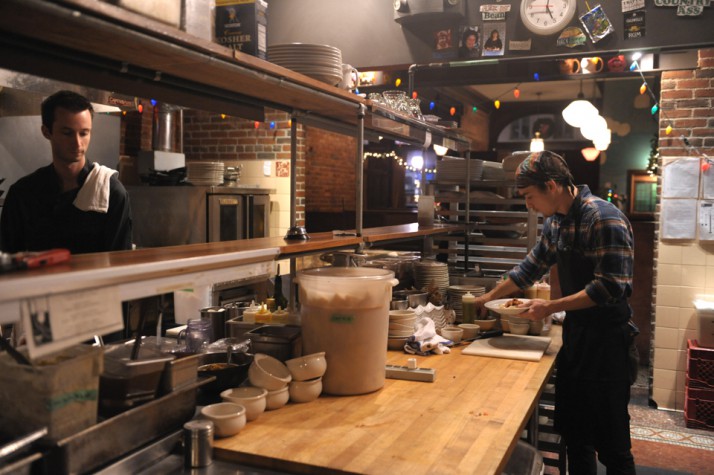 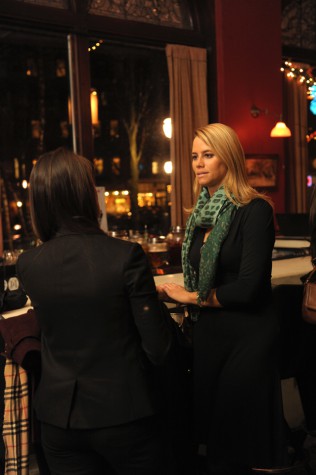 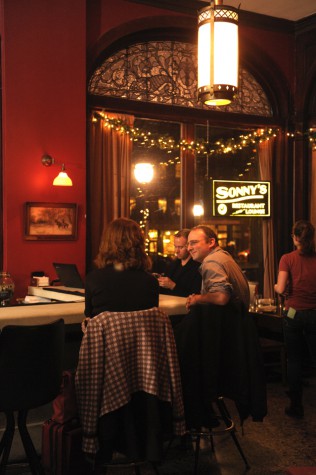 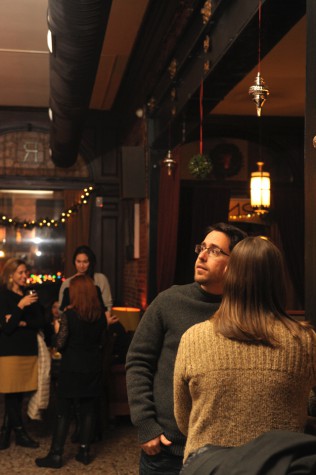 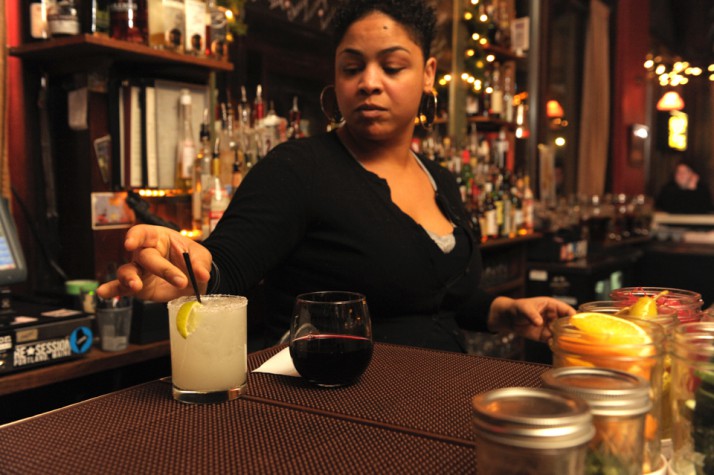 Sonny’s, while still offering the same great cocktail program they have always been known for, have been implementing several exciting changes to the overall menu, which should definitely warrant a revisit if its been awhile for you.

As I press down into the very large biscuit with my fork, it immediately becomes apparent that I am dealing with a rather substantial portion of buttery, delicately layered puff pastry, which will serve as the crust for my whitefish and bay scallop pie. The filling, which more slightly resembles thickened New Englandstyle chowder, absorbs the heft of the biscuit, and as it sinks deeper into the bowl I deftly avoid the English peas contained within, as per my uncontrollable instincts since I was four years old. After all of this engineering, I am rewarded with a perfect bite of dense, flaky biscuit and creamy fish stew. Shortly after ripping the dish to shreds, I am informed that Ethan Tobey, chef at Sonny’s, has a penchant for decompressing towards the end of the shift by challenging himself to see just how many layers he can achieve with the puff pastry, the answer to which I can only assume is quite a few.

I have been to Sonny’s many times since its opening, but for whatever reason, these stopovers have either been in the very early evening or shortly before last call. As a result, it had been a couple of years since I last sat down for dinner at Jay Villani’s sophomore effort in the Old Port. Meanwhile, it would appear that Tobey, aided by sous chef Paul Tuck, has been busy developing what is now a very different menu than the one I remembered from years ago. Yes, there are still a few classic holdovers, like the Cuban sandwich inspired by legendary kitchen savant Johnny Walker, but newer additions, like the aforementioned pie, suggest more of a domestic influence.

The wine selection in the early years favored only New World producers, but has since been integrated with bottles from all over. This is complemented by a greatly expanded cocktail list, conveniently organized by the predominant spirit, a practice that I would love to see become more commonplace as it is far more effective as a guide. Ever-present are the array of infused liquors that established Sonny’s drink selection from the very beginning.

Another classic holdover is the chile relleno. The poblano pepper is flash fried, filled with pork belly and queso blanco, then baked with cheddar on top, and finished with salsa roja. The result is rich and smoky, especially the bites with the fattier bits of the belly, while the salsa successfully balances the dish. Although categorized as an appetizer, the serving is substantial and makes for superlative bar fare for those looking to establish an all-important base.

One of the newer dishes, the confit chicken quarter really grabs my attention. The chicken is brined before being cooked in its own fat and finished in the oven until the skin is crisp. The result is a texture that closely resembles duck leg. Adding to the heft of the dish is a velvety farro risotto, a pleasantly toothsome substitute for the traditional Arborio or carnaroli rice. Roasted cauliflower is dusted with zaatar, a Middle Eastern spice blend, and crumbles of queso blanco connect the dots in what is a very soulful winter dish.

There is something distinctly comforting about visiting Sonny’s during the holidays. The former bank has high ceilings, exposed brick, and is decked out with strings of festive lights. In the midst of a snowstorm with a glass of whiskey in hand, it can actually be somewhat hypnotic. The only way to improve upon this silent reverie is with a small dish of eggnog crème brûlée, which arrives flanked by shortbread Christmas cookies, appropriately decorated.

All in all, it is safe to say that there is no sign of middle child syndrome going on at Sonny’s. If anything, it has been quietly improving and taking on more personality than ever before, as evidenced by the amount of long-term employees, who set the stage for the entire experience, still on board.