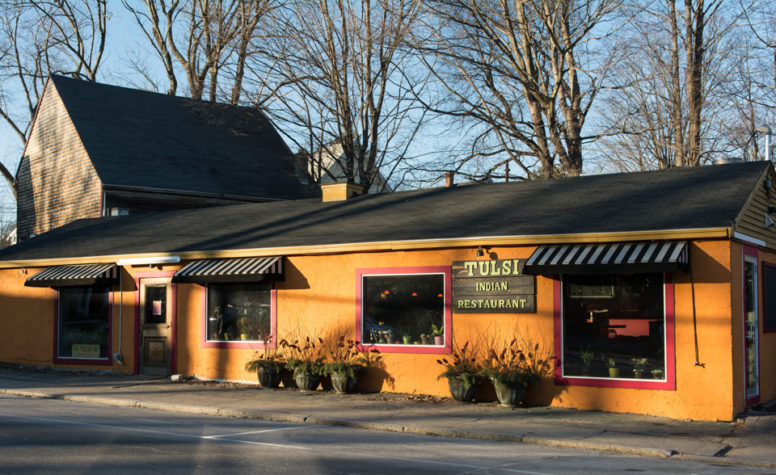 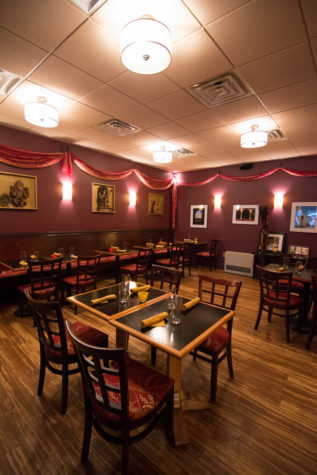 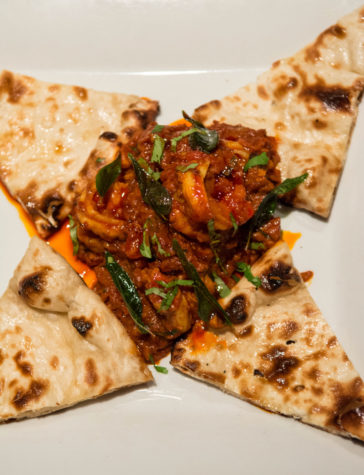 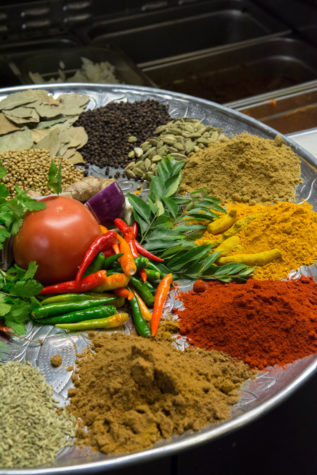 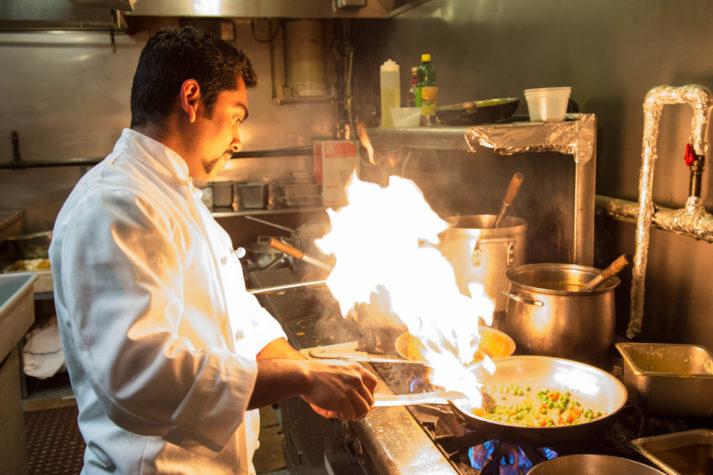 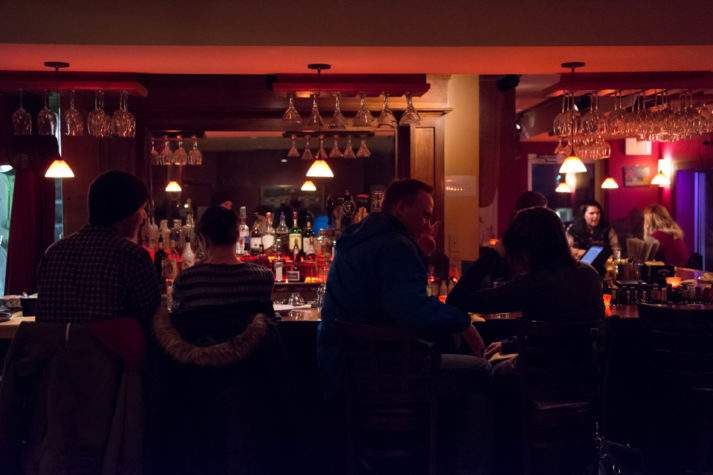 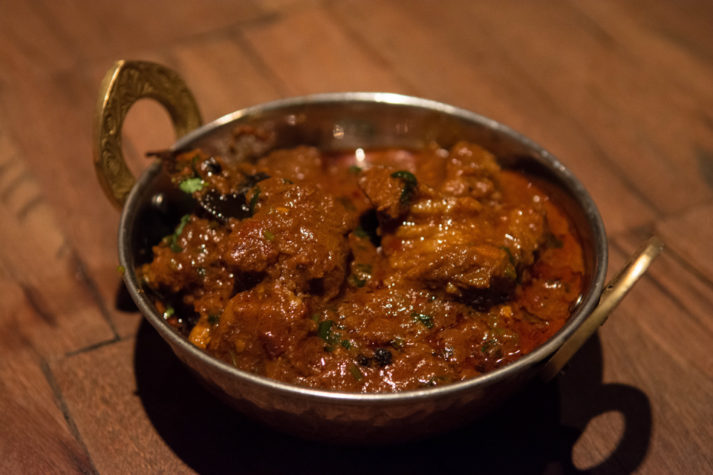 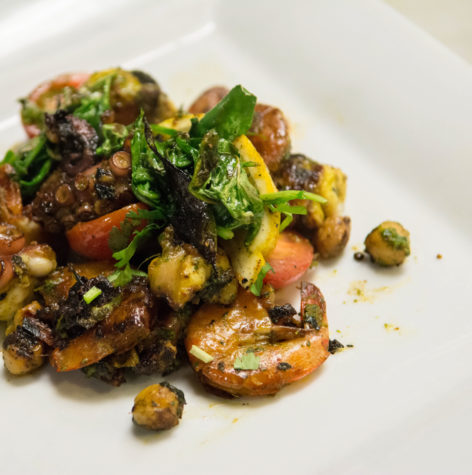 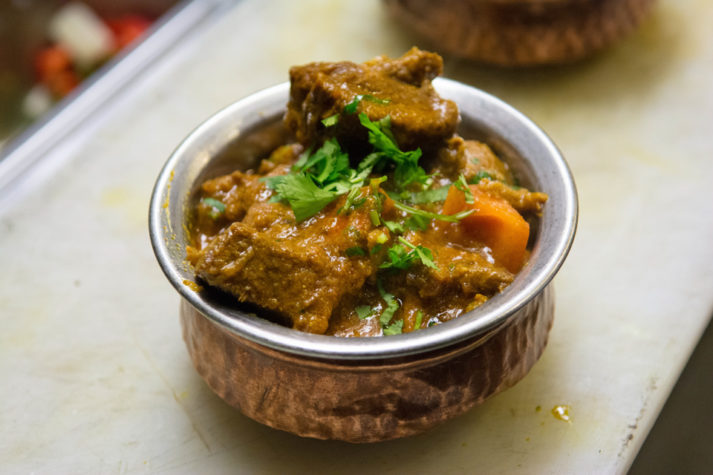 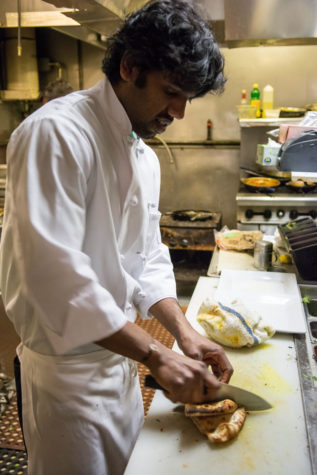 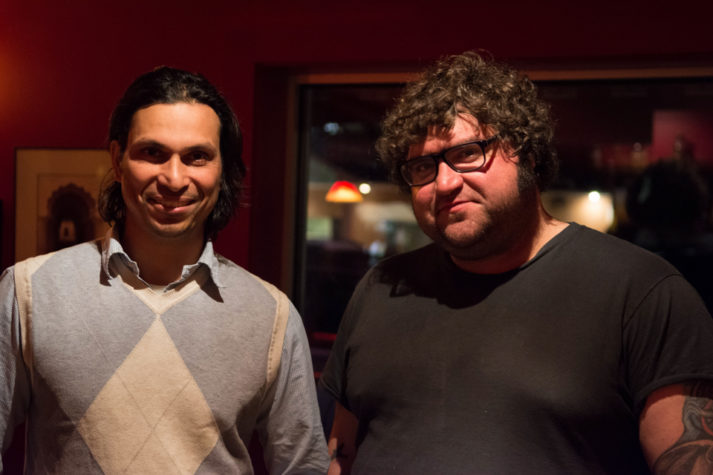 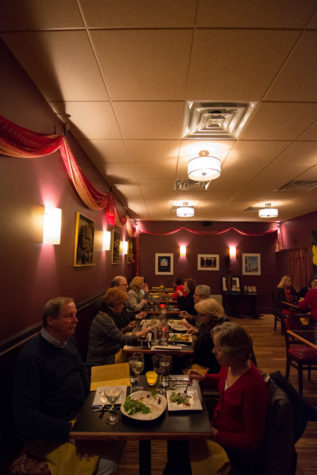 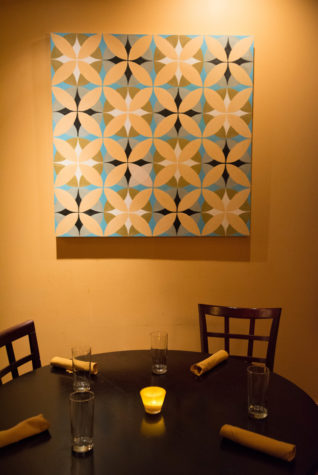 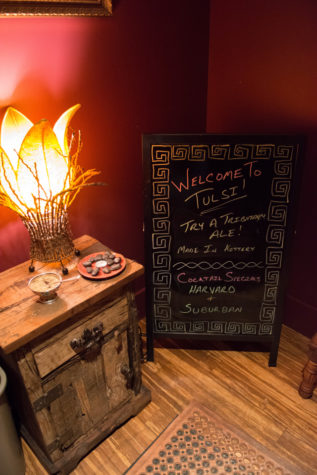 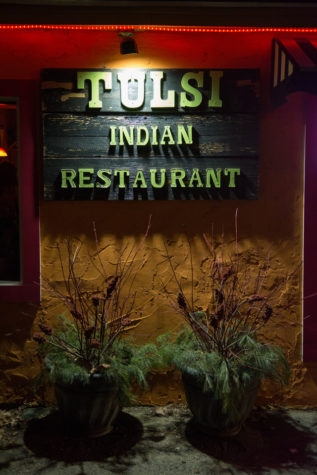 Chef Raj Mandekar’s constantly evolving menu will never fail to awaken the senses, with dishes that are as beautiful as they are flavorful.

Indian cookery, at its foundation, is truly an art form, the vivid colors of its predominant spices being equally as important as their gripping aromas and bold flavors. That being said, we are so often exposed to Indian food in America that I would struggle to refer to as anything but formulaic, which in turn influences most people’s opinion of the entire country’s cuisine to consist of heavy, stew-like dishes that pretty much always taste the same, which is not to say bad, but once youve had it a few times it ceases to be all that interesting.

And thus my first experience with chef Raj Mandekar’s food at Tulsi, back in 2010, was truthfully an eye-opener, possessing a kind of finesse and intensity that I was previously unaware of, and simply could not stop thinking about for weeks after. I went back again and again, eventually becoming friends with Mandekar and even going as far as spending time in the kitchen with him, learning the techniques for myself. I still get equally excited to dine at Tulsi to this day, despite the 45-minute commute from my residence, because there is simply no greater pleasure than his zafrani jhinga, a dish consisting of tiger prawns sautéed in a spicy beurre blanc of sorts and accentuated with cashew butter and pure saffron with a subtle yet building heat from fresh green chilies.

Mandekar, who co-owns the restaurant with business partner Janet Howe, grew up in a small fishing village outside of Mumbai called Versova, in the western state of Maharashtra. He recalls being sent to market daily with his sister Chayya, where he familiarized himself with an astonishing array of regional ingredients.

“Our cuisine in that part of India tended to be a little more simple, and less spicy,” Mandekar says, citing fond memories of his grandmother’s fish curry. She would start by combining fresh crushed garlic, chilies, herbs, and spices in a clay pot with a few pods of sour kokum berries, a fruit indigenous to the area. After setting the pot over a wood fire, she would add small whole fish, like smelts, and cook for about 20 minutes, yielding results that Mandekar fondly remembers as so simple, yet so delicious.

This kind of cooking laid the groundwork for Mandekar’s career in the kitchen, where a man named Kriplani mentored him.

”Although he could be quite harsh, he taught me so much about imparting both pride and principle into my food,” Mandekar recalls, “and the most important rule was that if I were going to put my own spin on a dish, I had better perfect the traditional way of preparing it first.” This practice is referred to in India as hath ki bat, or one’s touch, meaning that the classical foundation of a dish remains intact yet contains a few special modifications to make it unique to the cook. An example of this is Mandekar’s tandoori lamb chops, marinated in the prerequisite blend of garlic, ginger, chilies, yogurt, and spices before being cooked in the clay oven. This produces extremely tender meat, the flavors of which are greatly augmented by a gravy made from lamb jus and a liberal amount of sweet, pungent fennel.

Although Howe and Mandekar opened Tulsi in Kittery in 2008, they have since relocated to a larger space, only a block away from the original. Throughout the interior are warm, inviting colors that mirror the spice palate of the menu, accentuated with rich, draped fabrics and plaques bearing likeness to a pantheon of gods and goddesses. The biggest change in the new location is the addition of a full bar, which tends to fill up on a daily basis during the very early hours of service.

One of the first things you will notice when dining is that Mandekar is not afraid to employ a liberal amount of heat in certain dishes, particularly those with roots based in Goa. This is particularly evident in the shrimp balchao, served in a fiery, slightly earthy tomato gravy, as well as the pork vindaloo, which is marinated overnight in chilies and malt vinegar before being braised for several hours and almost falling apart at the touch of the fork. Luckily, they offer a full range of superlative naan bread to temper the heat, with the dough made fresh each day by tandoori oven master Prakesh Singh. Personally, I rarely stray from the sweet and savory flavors of the peshwari naan, filled with assorted nuts, coconut, and dried fruit, making it the perfect conduit for nearly any sauce on the menu.

In addition to a cocktail program that employs many of the same ingredients found on the food menu, Tulsi also boasts a solid wine and beer list with selections in a variety of price ranges. That being said, I have been known to consume large amounts of French rosé on any given visit, and according to Howe, if they know I am coming, they will often check inventory on the item, just in case. The point of this little aside is that the rosé pairs with everything, especially Mandekar’s mussels pooriyal, sautéed with coconut milk, fresh curry leaves, and cilantro.

Mandekar sums up his menu up by telling me that cooking Indian food is like painting. “We have so many colors and there are a staggering amount of different results we can get from mixing them together.” He finishes with this final thought; ”that being said, in order to create something new we must observe the path of traditional Indian cuisine throughout history, only breaking those rules once we have learned them completely.”