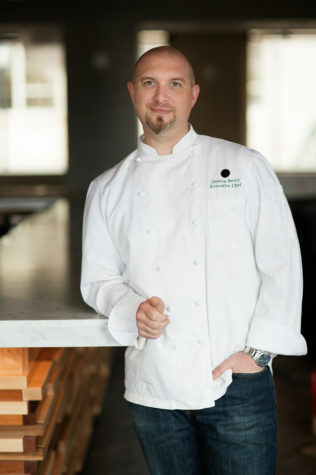 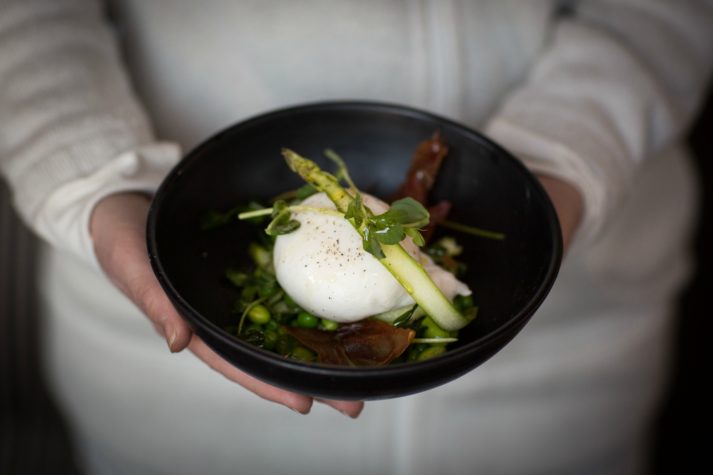 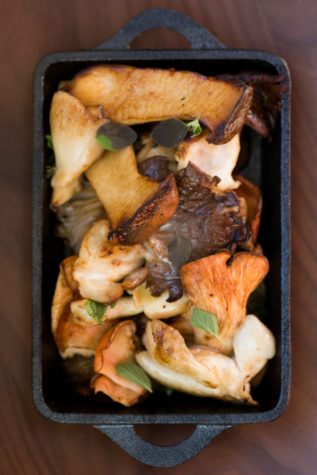 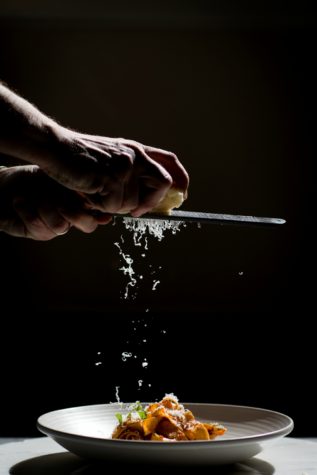 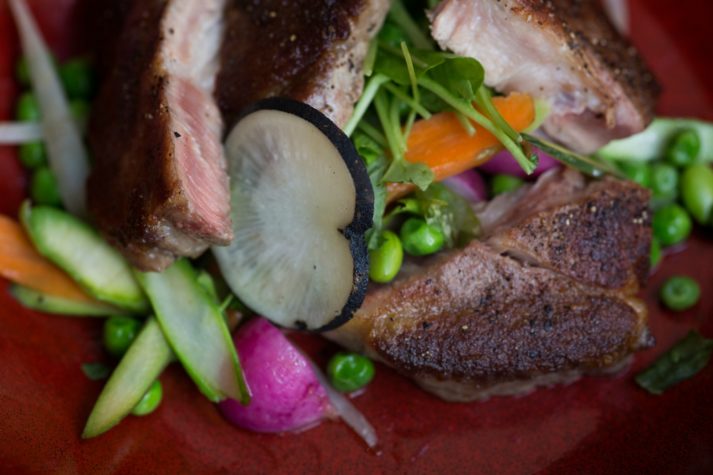 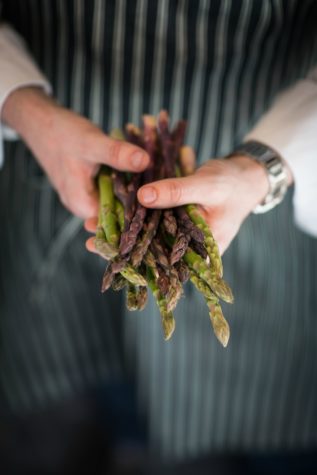 U N I O N at The Press Hotel

Though Portland has experienced somewhat of a hotel boom as of late, none compare to the modern, boutique style trappings of The Press Hotel. The ambitious renovation of the building formerly housing the headquarters of the Portland Press Herald, which also brings elements of the journalistic theme into the aesthetic, includes Union, a beautiful, sprawling restaurant overseen in the kitchen by Executive Chef Josh Berry.

Initially it appeared that the restaurant was going to be headed up by chefs Mark Gaier and Clark Frasier, but it has recently come to light that, according to hotel general manager Michael Strejcek, the two James Beard award winners were onboard as consultants only, helping to both develop the menu and the actual kitchen itself. Hence the M.C. was removed from the name.

”We were in talks with them for over a year,” Strejcek tells me, ”and 6 months ago we hired them on to assist in developing our concept.”

“It was very exciting to spend time in the kitchen with them,” Berry says. ”We definitely see eye to eye on the concept of utilizing the best of what’s around and supporting local purveyors simply because that’s how great food is made, not because its a trendy buzzword.”

I recently got a preview of Union as it transitioned into the final stages before opening, and it is readily apparent that no expense has been spared here. As I admire the slate flooring I am told that the lounge area will be outfitted with supple suede banquettes, and the dining room will seat 68 complimented by 20 seats at their white marble bar. Under the bar itself, unique woodworking is built into a flowing wavy pattern that serves to impart warmth into the room.

After spending time in the kitchen, it’s obvious that the design was the brainchild of seasoned professionals. Every angle and corner allows for two cooks to pass by each other with ease, with multiple stations to ensure maximum organization and control. I know a lot of chefs who would give their right arm for a kitchen fully outfitted with Jade brand ranges and other cooking implements, which Berry refers to as “virtually indestructible.”

What’s really unique is that the bar itself actually integrates into the kitchen, with the two even going so far as to share a working herb garden during service. This means that on one side the bartender may be plucking a sprig of thyme to garnish a cocktail while the cooks harvest marjoram for a dish of fresh pappardelle pasta with nduja sausage and fresh farm egg. I will say that I have never seen anything like this before and am anxious to witness it in action. As my tour concludes I observe staff unpacking Dudson china, Laguiole steak knives, and Riedel stemware. As I said, no expense has been spared.

As Berry describes his menu, he acknowledges that it must appeal to both a range of hotel guests around the world as well as the locals, who will form the base as regulars. A few examples include silky Burrata cheese with spring peas, guanciale, and olive oil, as well as fresh line-caught Cod with steamed clams and baby bok choy.

“Not only are we fortunate to have the farmers’ market practically right next door,” Berry continues, ”But we also have plans to eventually manage our own rooftop garden.”

I also speak with bar manager Erica Walker, who describes the wine program as offering both highly recognizable producers, like Caymus for instance, and offsetting them with an equal amount of boutique wineries doing exciting things in both the new and old world.

In addition to a cocktail list that will offer modern interpretations of classics like the pisco sour, vesper, and French 75, there will also be a special cocktail that will evolve seasonally, served specifically in a highball glass by local designer Angela Adams.

“This is my dream,” Berry explains. ”When you think of downtown Portland, its still has a neighborhood feel to it, and its amazing to be a part of it.”