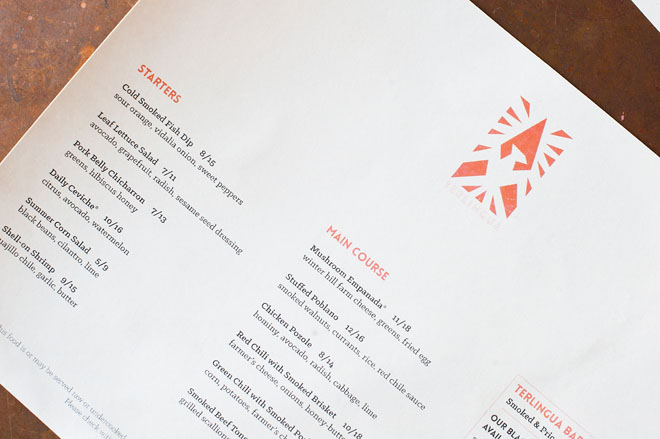 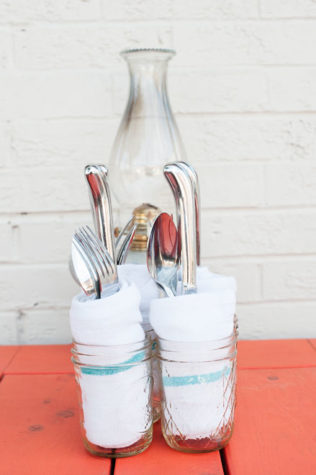 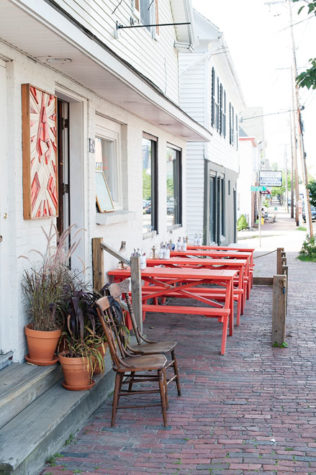 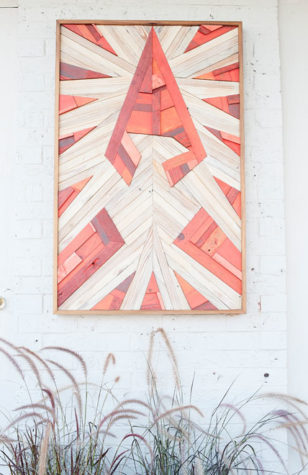 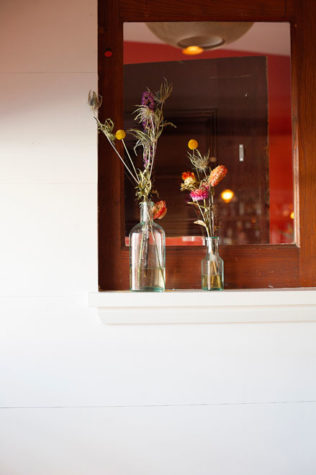 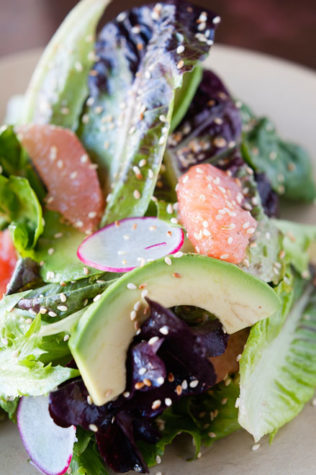 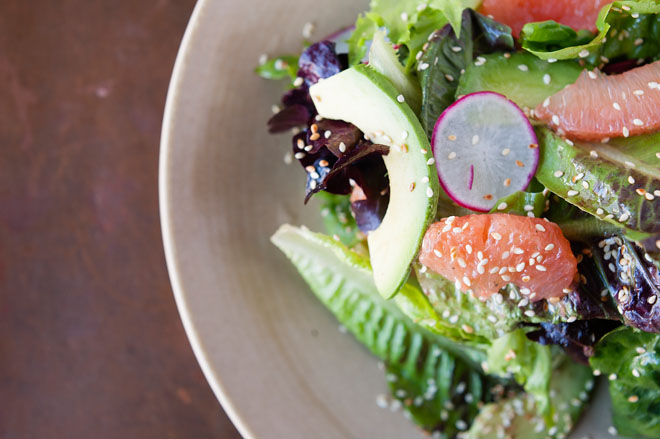 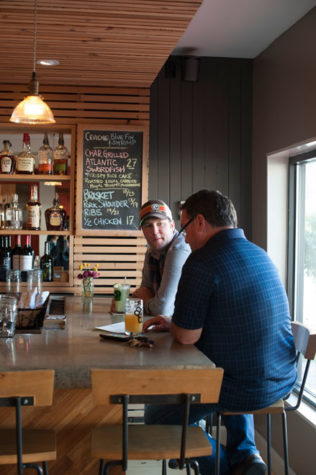 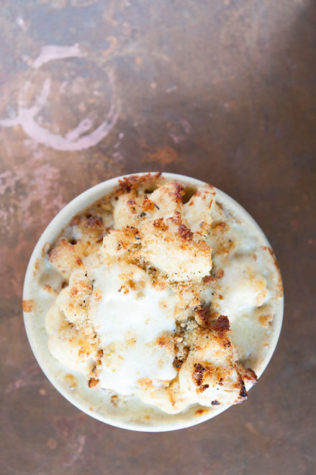 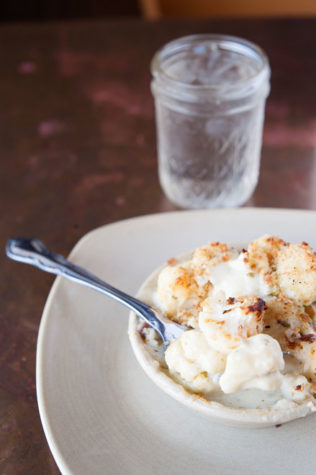 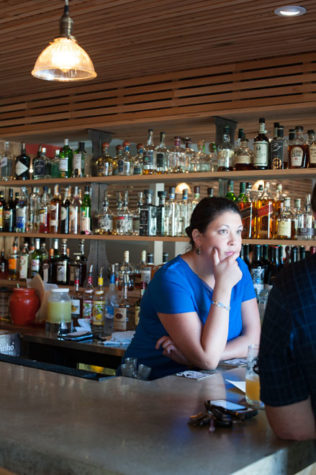 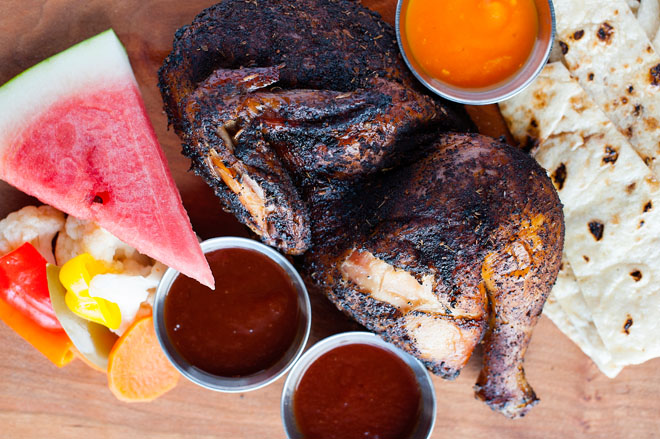 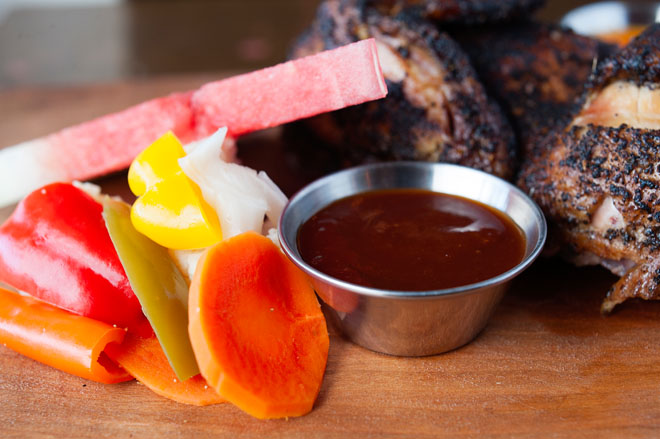 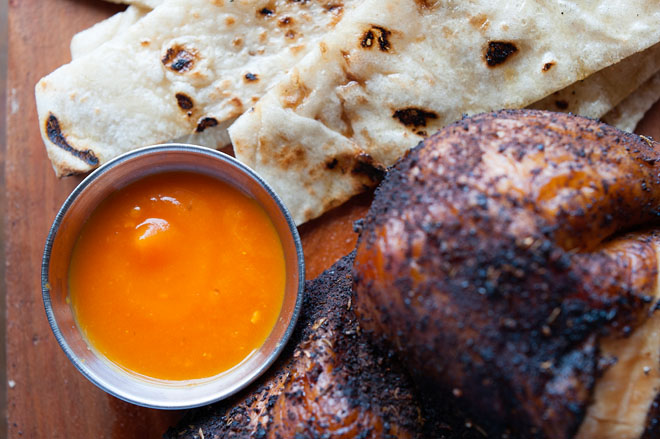 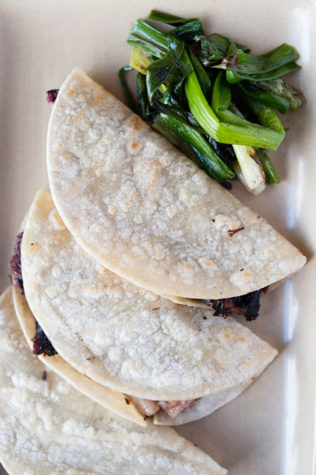 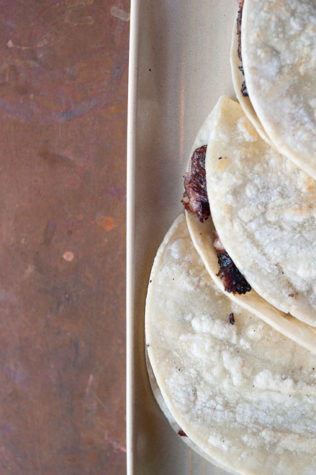 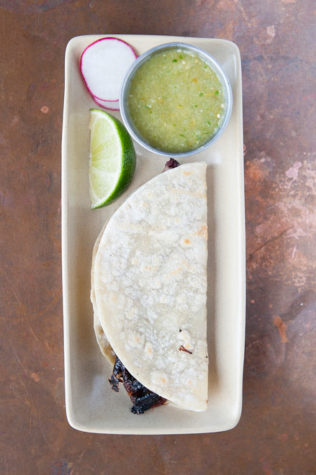 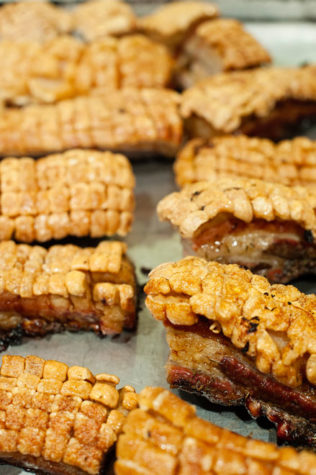 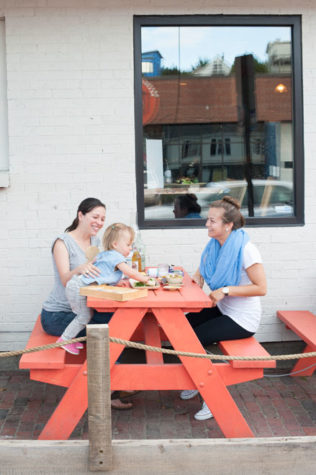 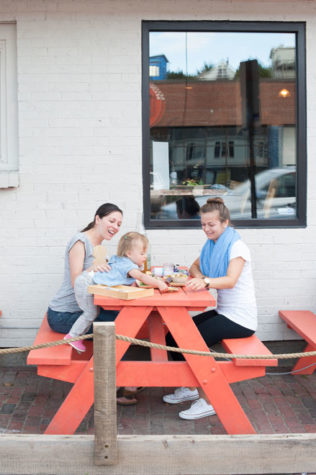 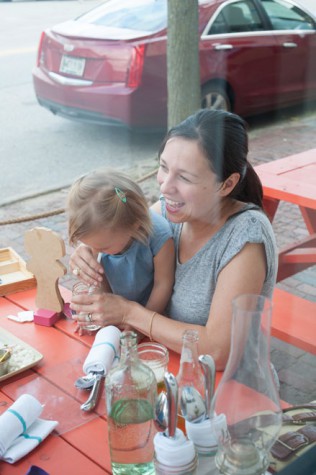 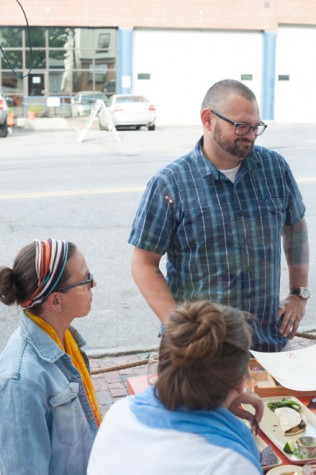 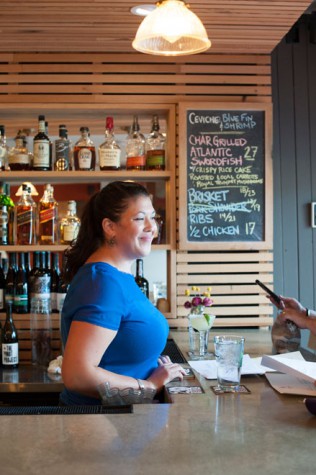 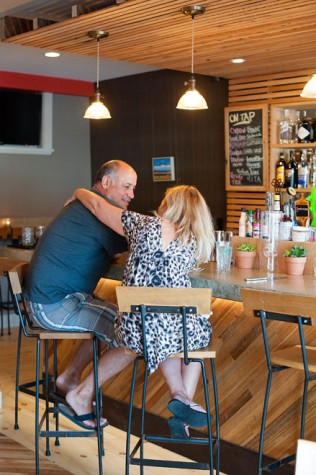 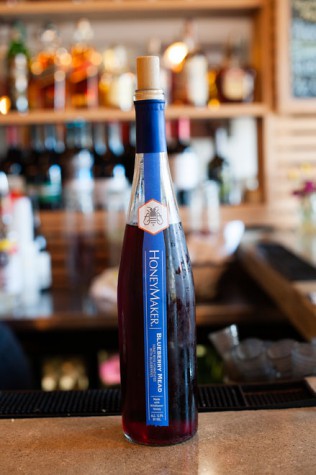 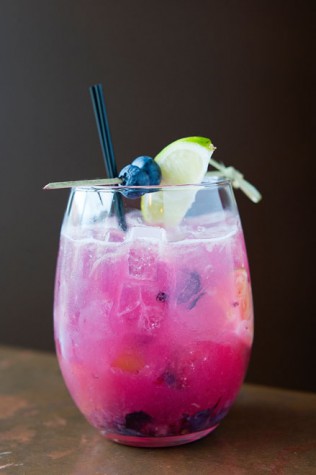 “It really started as a good excuse to hang out in my backyard and drink beer with my friends.”

And thus Pliny Reynolds, who co-owns Terlingua with his wife, Melanie Kratovil, describes afternoons in Austin, Texas, where he developed his affinity for the art of slow cooking American barbecue.

Terlingua was named after a small mining town in southwest Texas, which just so happens to be the home of the two foremost American chili cook-offs. The restaurant has a modern-day saloon feel, of sorts, and although it is small, the space is bright and open, anchored by a ten-seat bar salvaged from a now-defunct cantina across town. The kitchen takes up half of the restaurant and the other half is the dining room defined by wood latticework, which Reynolds says, “allow diners to enjoy the sounds and smells from the kitchen without forcing them to breathe down our necks.”

Reynolds and Kratovil enlisted the help of chef Wilson Rothschild to be at the helm in the kitchen, working to develop the menu with a focus on both Tex-Mex and Caribbean fare to complement the array of barbecue, which runs the gamut stylistically based on the cut and type of meat.

Each morning, Reynolds arrives at the restaurant at five in the morning to light the fires and begin the process of smoking the meat. His weapon of choice is a pair of Big Green Egg smokers, which he prefers for their ability to regulate the crucial elements of temperature and humidity. “Also,” Reynolds jokes, “I wasn’t sure how the barrel smoker I had in Texas would hold up in six-foot snow drifts.” The process results in impossibly tender, perfectly seasoned barbecue, ranging from baby back ribs to brisket to lamb shoulder, served with two sauces, if one is so inclined, sweet smoky and spicy vinegar.

Rothschild specializes in dishes like buttery, flaky empanadas filled with mushrooms, greens, and Winter Hill Farm cheese as well as ceviche featuring a constantly rotating selection of fish from scallops to bluefin tuna. His chicharrón is superlative, as he salt cures the pork belly before slow roasting it and then giving it a quick, hard fry in the pan to crisp the skin. Tacos are filled with chopped beef tongue and cheek and on Sundays the menu includes Rothschild’s rich, velvety mole sauce with smoked chicken—a labor-intensive dish that simmers for a minimum of 18 hours.

A pronounced element that separates Terlingua from most saloons is the bar program, incorporating a perfect mix of staple and boutique producers in regards to liquor, beer, and wine. An extensive selection of tequila lends itself to superior margaritas and wines range from California cabernet sauvignon to Txakoli from the Basque region of Spain. Beer is definitely a priority, featuring prolific Maine brewers like Oxbow and Bissell Brothers as well as cult favorites like Jolly Pumpkin and hard-to-find offerings from producers such as Dogfish Head. There is even a considerable amount of thought put in to the non-alcoholic offerings, going so far as to special order a Mexican mineral water called Topo Chico.

While Reynolds can be found in the kitchen throughout each night’s busy service, Kratovil oversees the front of the house. Because they do not take reservations, this can be a very chaotic undertaking at times but she remains calm, making guests feel at home while simultaneously being available to put out fires in of capacity as they arise. It is worth disclosing that I myself work the bar at Terlingua a few nights a week, so I can speak to her effectiveness on the floor (plus I’m told by some that hosting me as an employee can be a bit like babysitting at times, so extra credit to her for that).

After inspecting a slowly simmering pot of green chili, made with roasted Anaheim peppers and smoked pork shoulder, Reynolds focuses his attention on a tender, fatty slab of brisket that has been pulled from the smoker outside. “I’ve always been told that the key to good barbecue is to leave the meat alone and let the fire do its thing,” he tells me. “Or, as they say, ‘If you’re lookin, you ain’t cookin.’”

Every single time I taste the results of this process, I am forced to wholeheartedly agree.