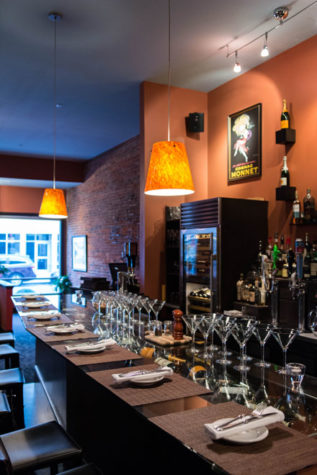 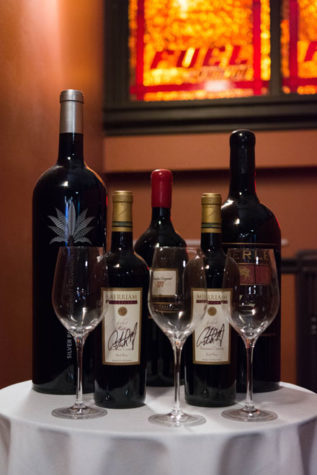 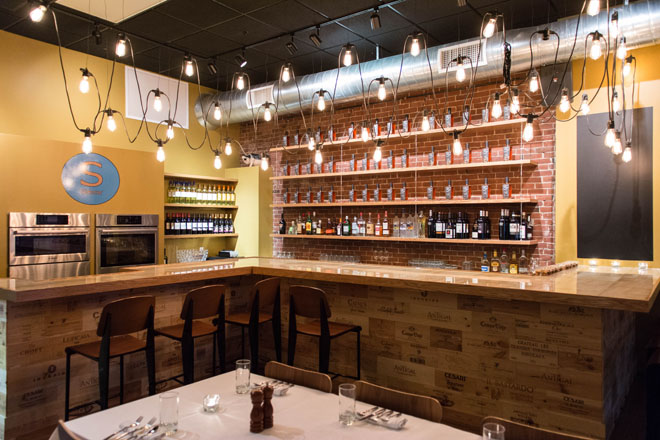 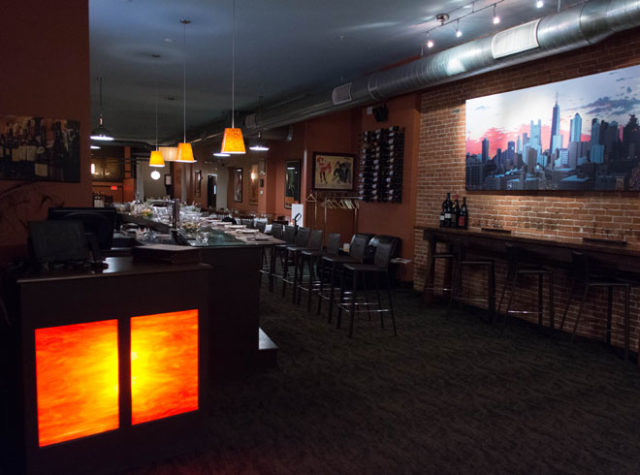 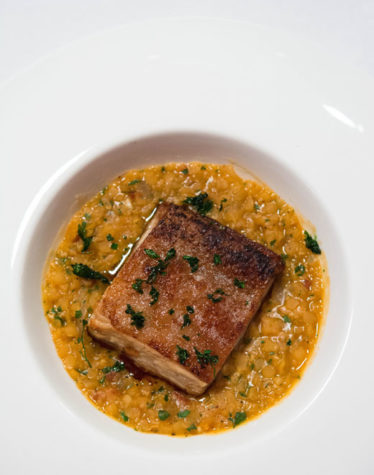 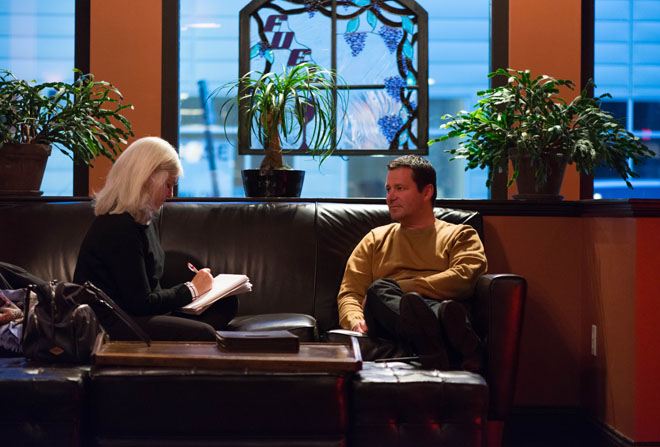 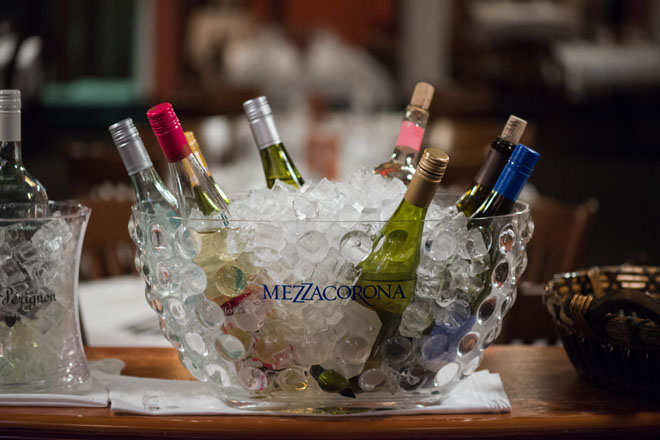 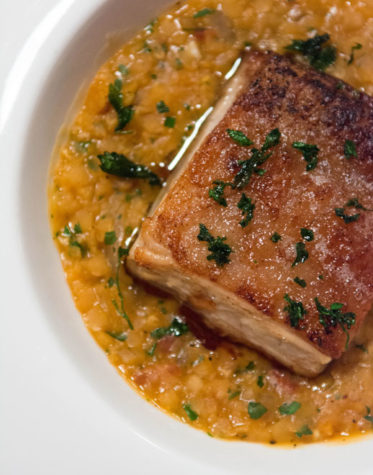 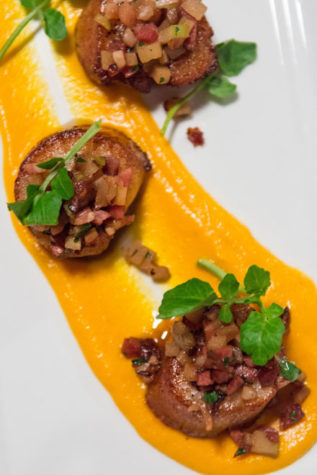 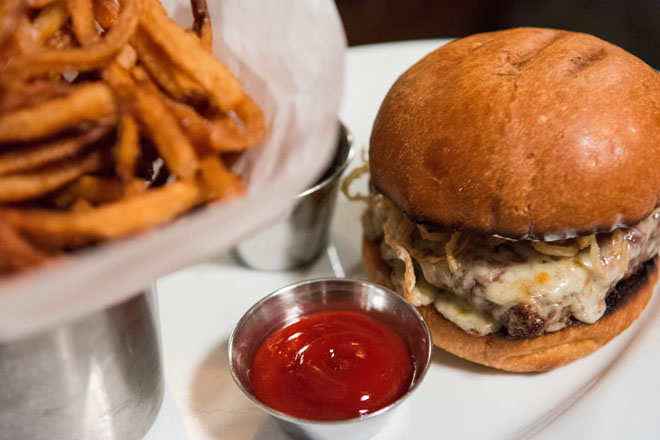 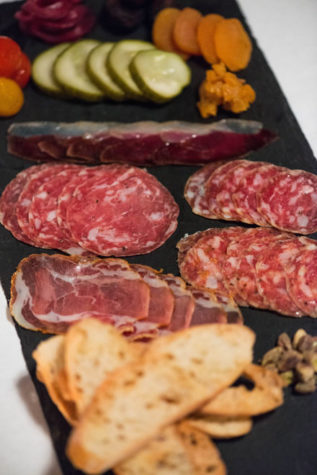 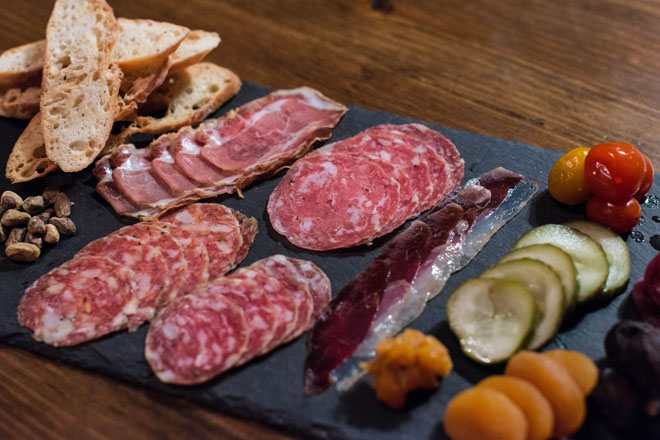 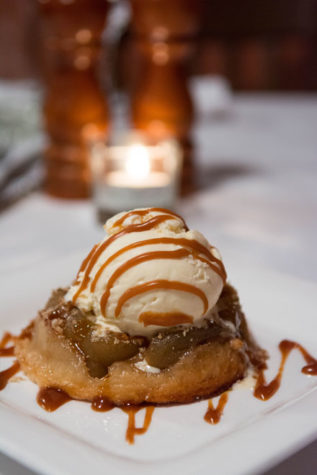 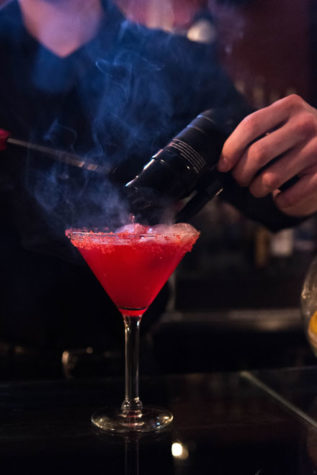 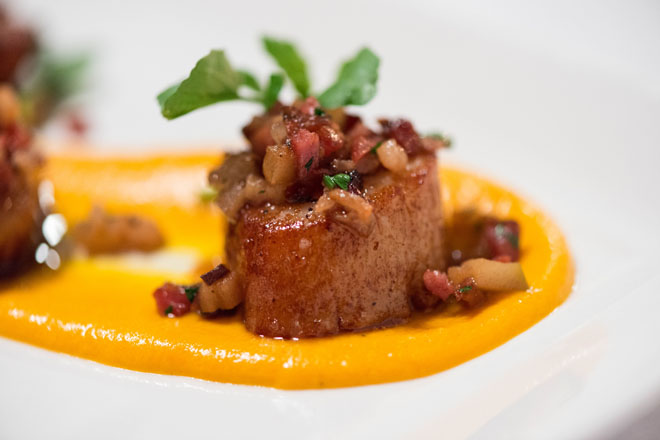 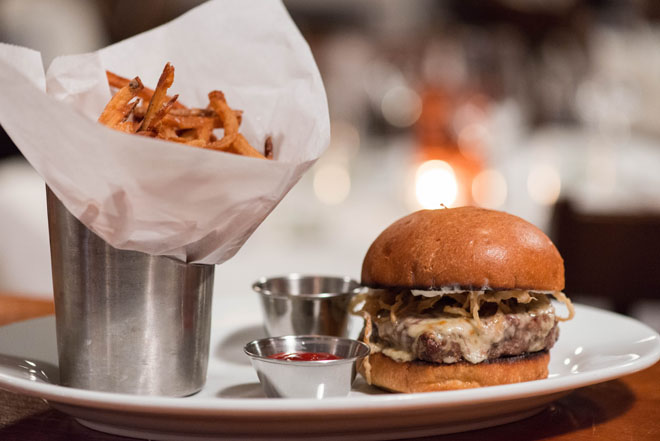 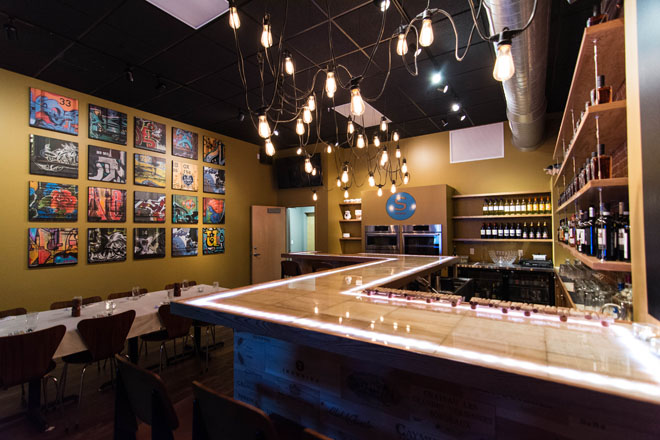 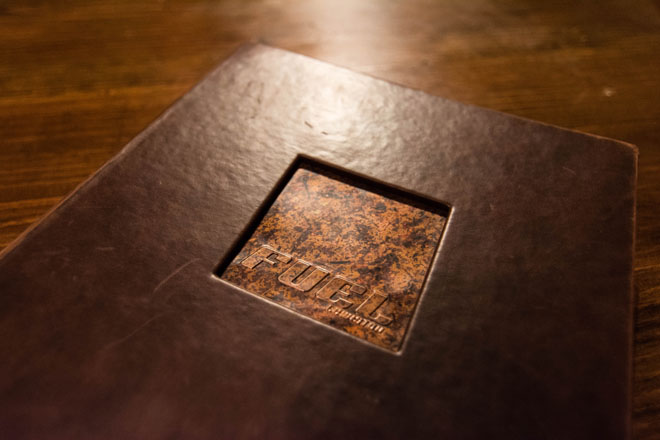 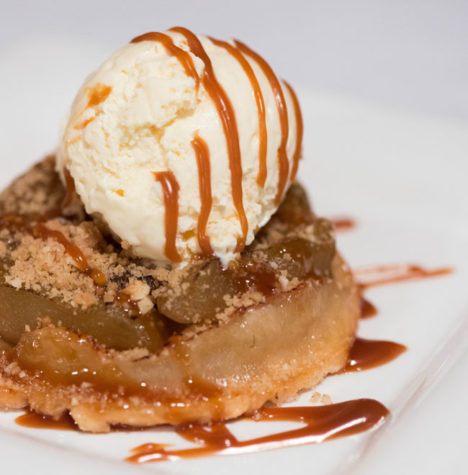 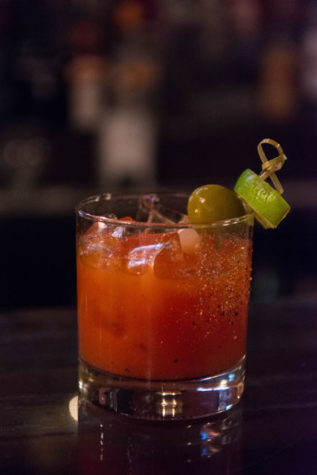 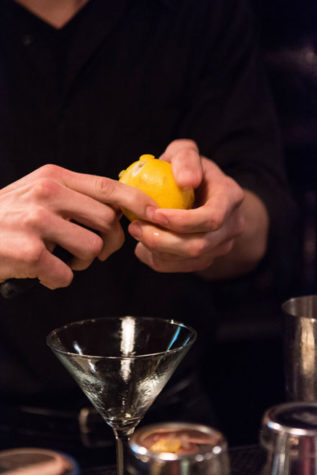 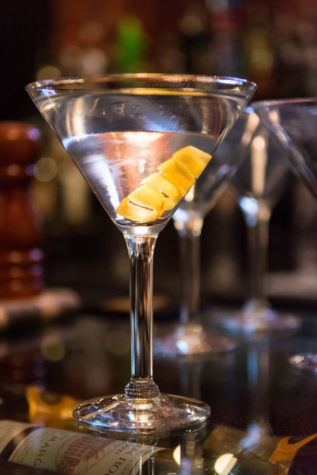 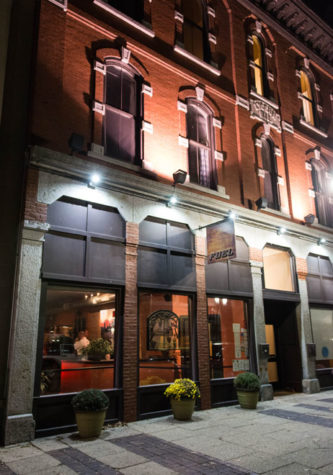 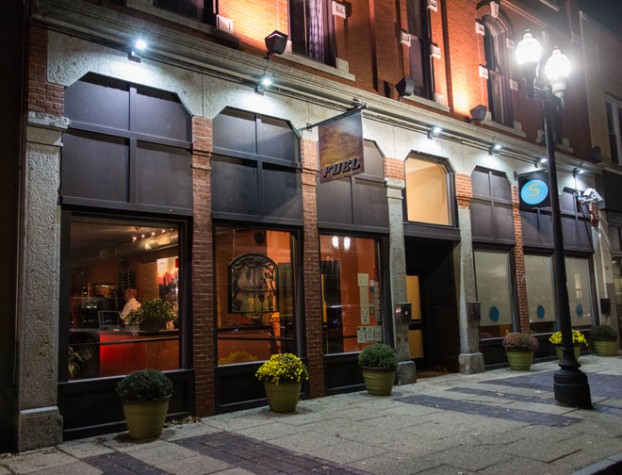 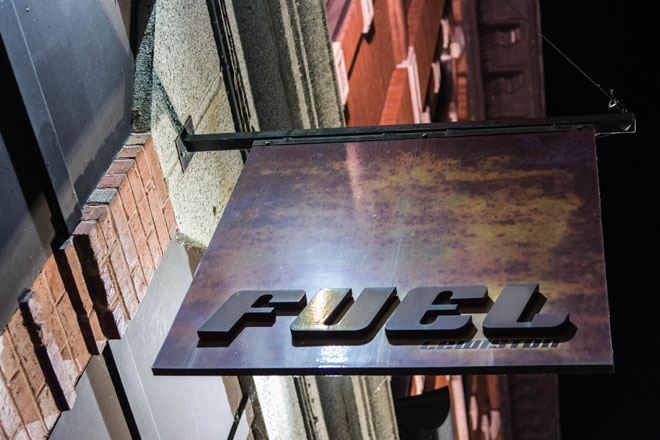 When a restaurant calls itself a French bistro, certain things come to mind, like a black-and-white tiled floor, brass lighting, and chintz curtains. However, at Fuel in Lewiston the cliché is far from reality and the place is all the better for it. Fuel emanates warmth with thick carpeting and subdued lighting. There are also white table cloths, but don’t let those fool you into thinking Fuel is formal. There’s nothing stuffy or fancy about either the service or the food. It’s all very approachable, a great value and very, very delicious.

Eric Agren returned to his hometown of Lewiston to open Fuel in 2007. His travels for a corporate job enabled him to eat well all over the country, and he even apprenticed at a high-end restaurant in Chicago. Upon his return, Agren purchased the Lyceum building on Lisbon Street, built in 1872 and the one next door, renovating both. “Lewiston was surprisingly lacking a French restaurant, considering the large French population here. There seemed to be a hole,” he says. He designed the space and developed the menu, looking to his own dining experiences for inspiration. Agren also developed the sizable wine list, which has been recognized by Wine Spectator with several Awards of Excellence. He enjoys Bordeaux blends for their bold and heavy palates, many of them on the list coming from California. Thirty-five wines are offered by the glass and the most popular are accessible on a table in the dining area, for servers to grab easily without going to the very busy bar. This is just one example of the thoughtful, accommodating service here at Fuel.

The kitchen team is led by Michael Gosselin, also a Lewiston native. He’s been at Fuel from the start with just a brief hiatus away. His food is an interpretation of classic French dishes such as coq au vin and steak au poivre. He serves a beautifully roasted piece of pork belly atop crimson lentils that have been given the “baked-bean treatment” with maple, cider vinegar, mustard and bacon. It’s irresistibly unctuous and smoky with a melt-in-your-mouth texture.

Then there’s the balsamic-braised pork shank with Brussels sprouts, bacon, and sweet potato hash. It’s the epitome of French country cooking, but the menu refers to the entrée as “wicked fancy barbecue,” a wink to those who may be fearful of fancy French cuisine. “This is the dish that defines who we are,” says Agren. A glass of refreshing La Craie Vouvray pairs well with pan-seared scallops topped with a little diced bacon and apple on a smooth carrot puree. Gosselin is proud of the rib-eye burger and frites from the bar menu; the meat is served on a toasted brioche bun with horseradish cream, cheddar, and fried onions. The golden, crispy shoestring potatoes are prepared using the twice-cooked French method and served the bistro way in a paper cone.

Tuesday is “Fuelsday” and every item on the bar menu (including the burger) is $9 or less. Wines by the glass can be had for $5, making Tuesday an excellent value, and quite a lot of fun. There’s a terrific cocktail selection created by bartender Rachel Jalbert using all fresh juices and herbs and house-made infusions. Tonight, Jordan Hall mixes up a “Blood and Smoke,” a super spicy mixture of chipotle-infused tequila, tomato water, celery bitters, and cracked pepper. He uses a cold-smoker gun with hickory chips to further infuse the drink with smoky flavor for a dramatic finish to the amped-up Bloody Mary. Other cocktails, while not as theatrical, are original, highly enjoyable, and quite generous.

No French dinner is complete without a luscious dessert. Jessica Henson, also a hometown chef, is the pastry genius in the kitchen. Her apple-maple tarte Tatin with vanilla ice cream and caramel sauce is exquisitely tender. And the salted-caramel mousse bombe enrobed in chocolate ganache is rich and decadent.

Next door to Fuel, Agren has created a new special events venue called Sidecar. It’s stylish and contemporary with industrial-style lighting and a lit-from-within marble tile bar, a perfect spot for a private dinner or party.

As I prepare to leave, Chef Gosselin tells me, “It’s nice to be in my hometown. There’s an up-and-coming downtown scene here.” Fuel, is most definitely at the heart of it.