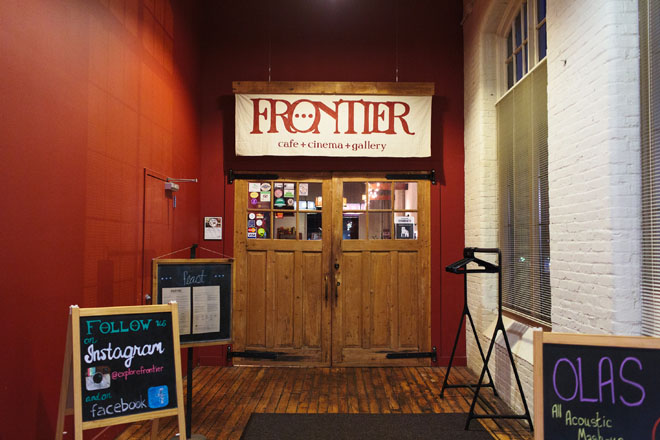 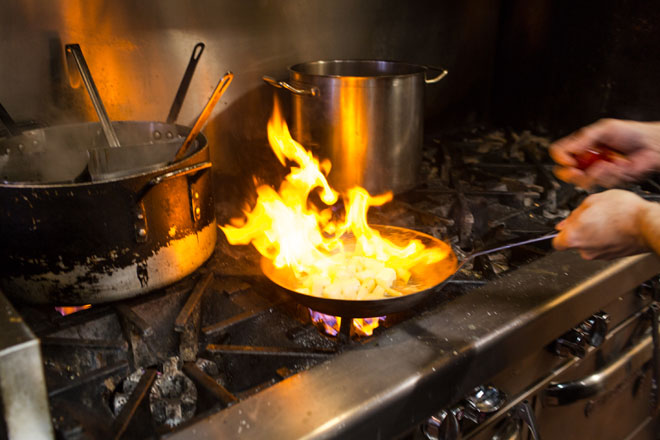 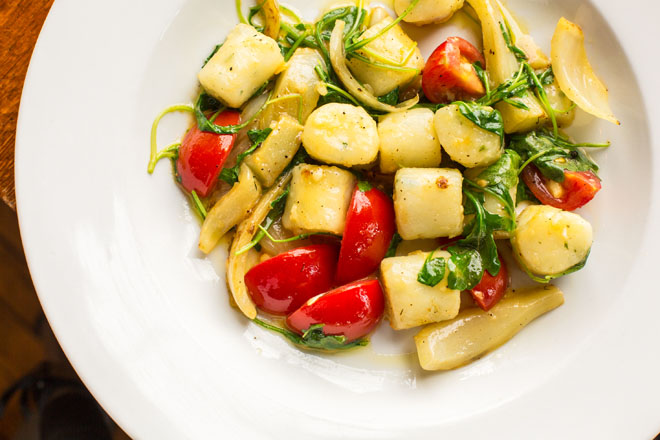 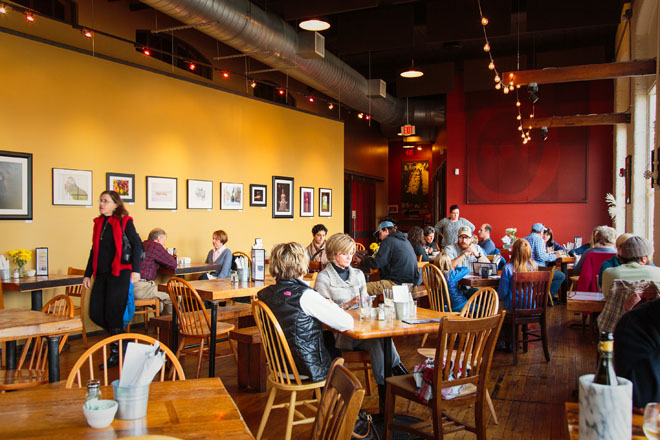 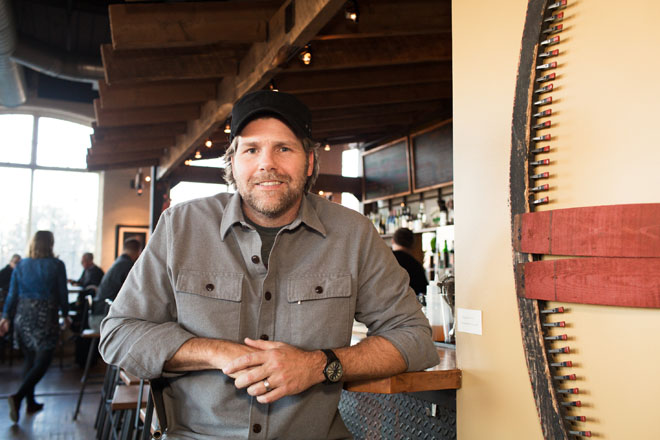 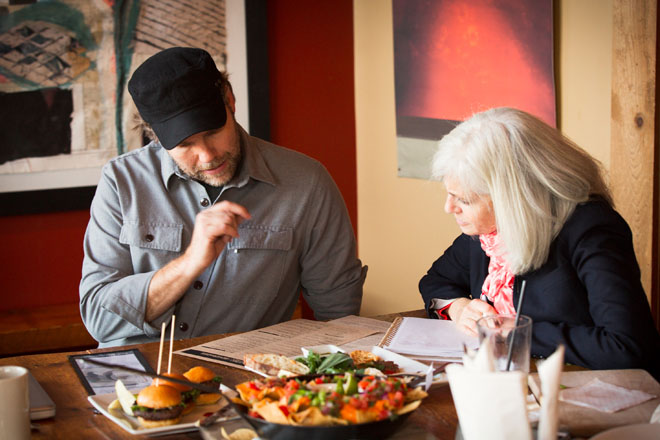 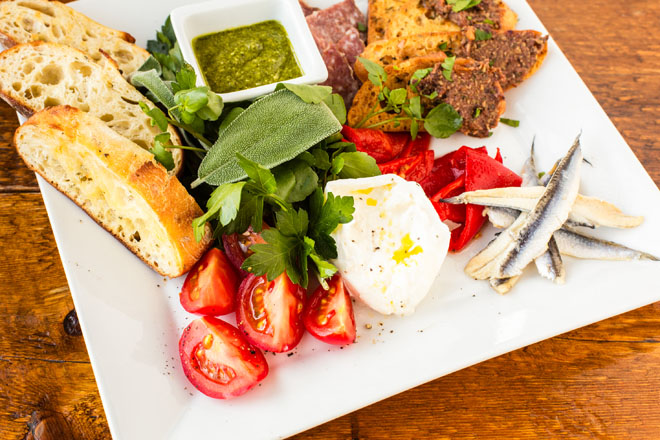 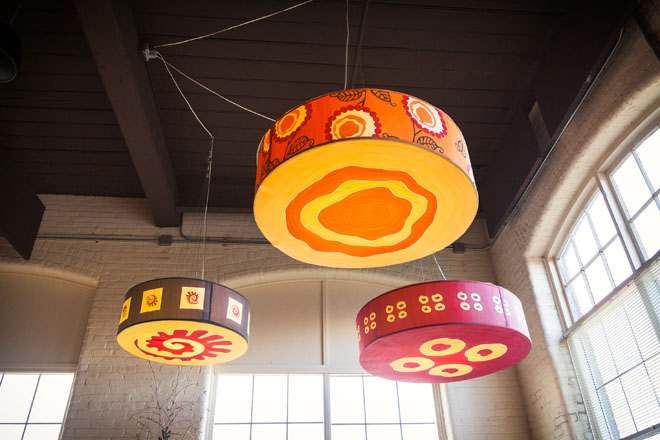 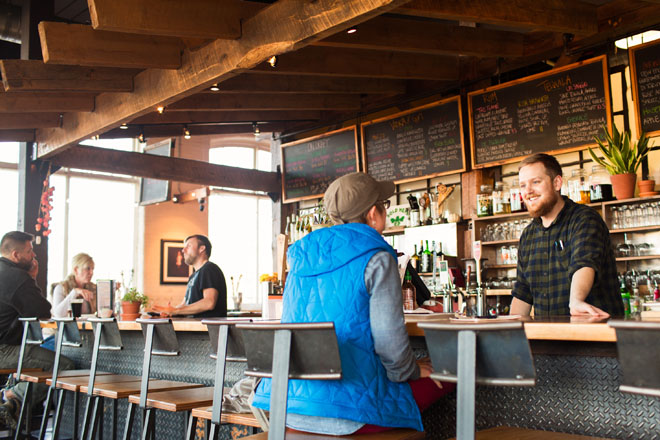 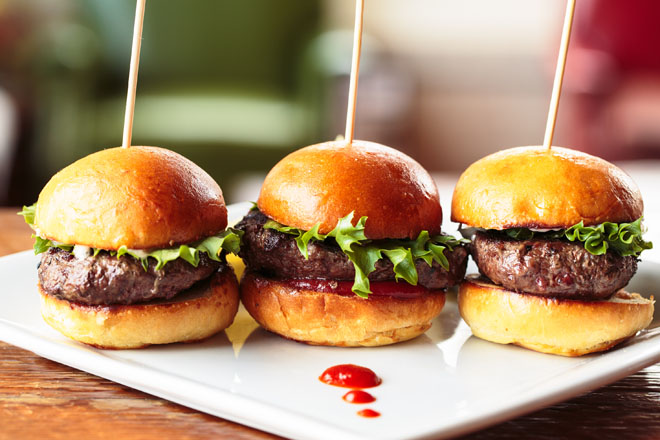 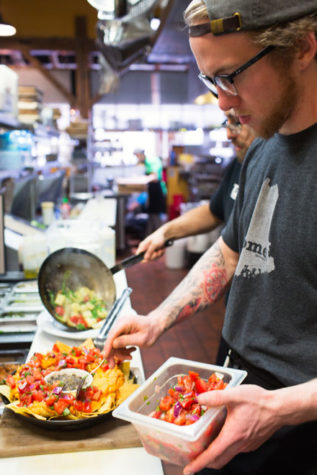 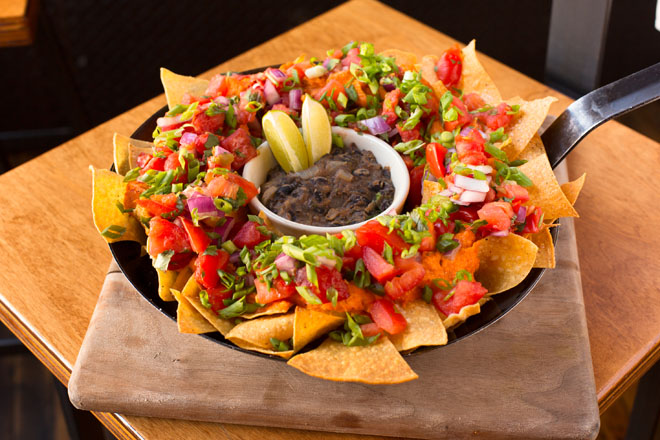 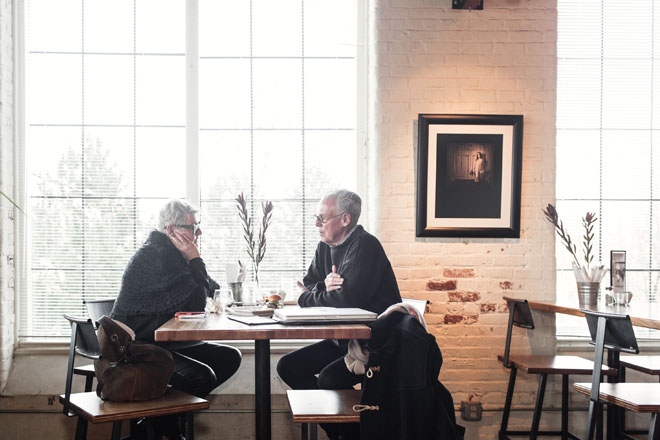 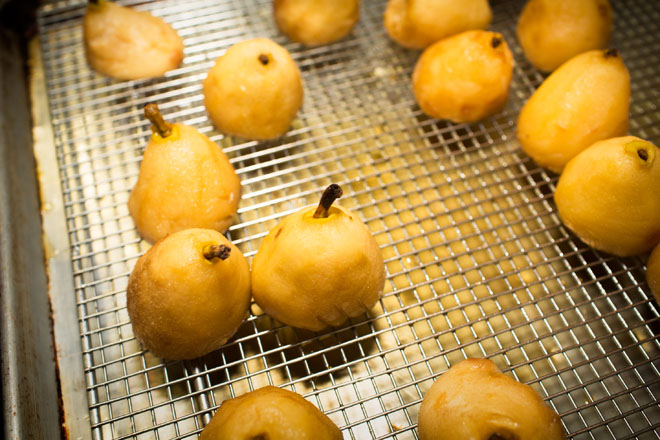 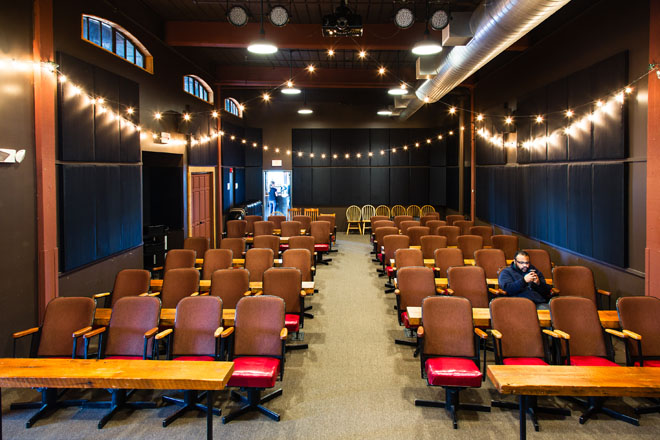 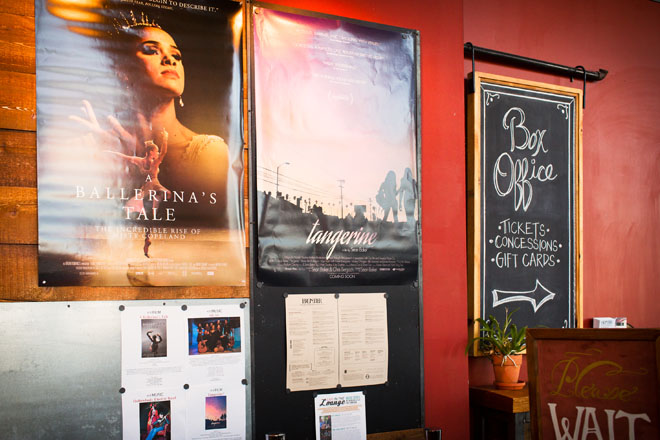 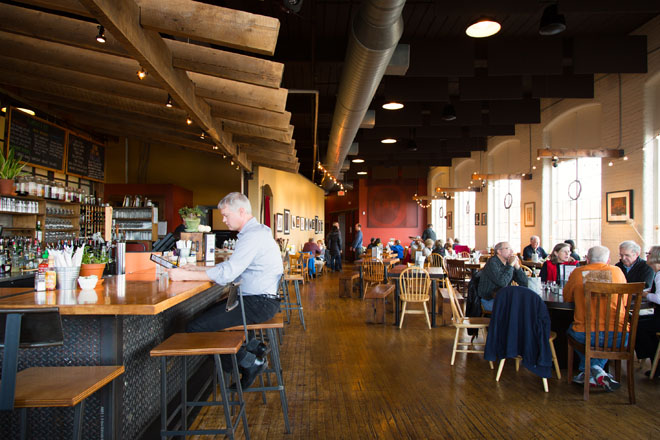 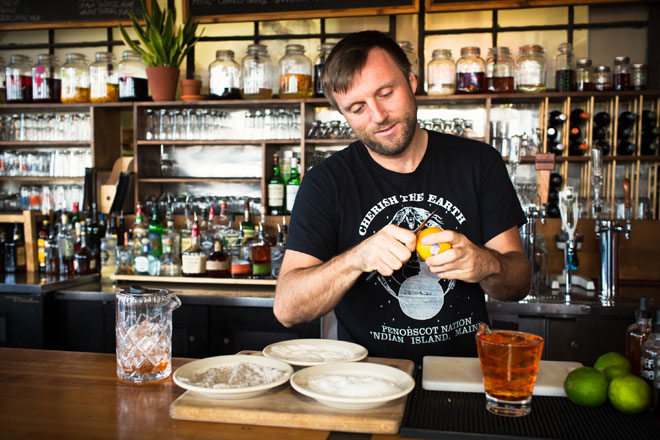 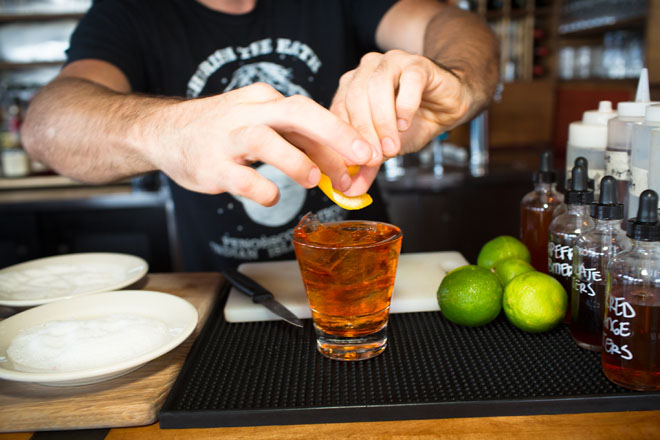 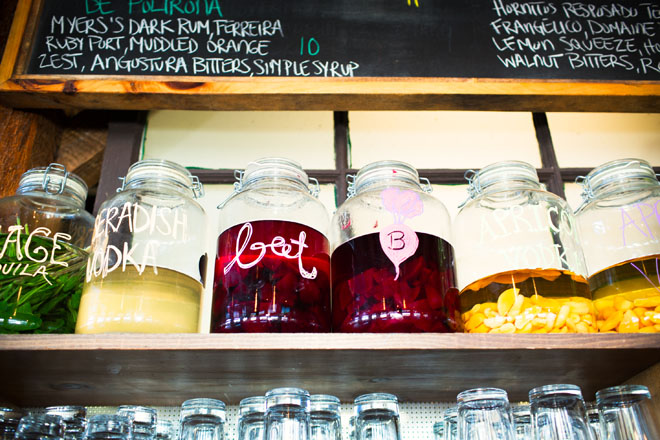 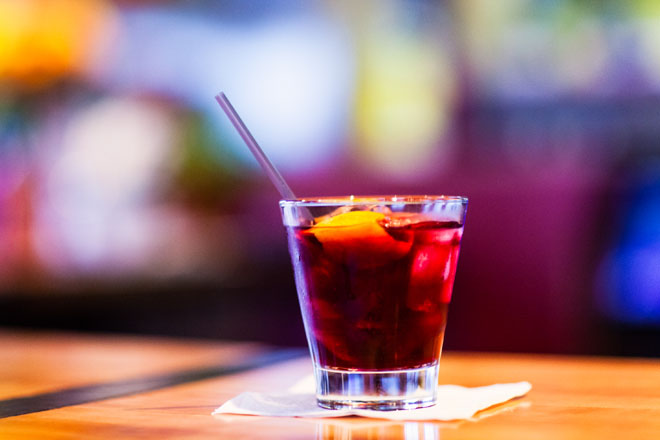 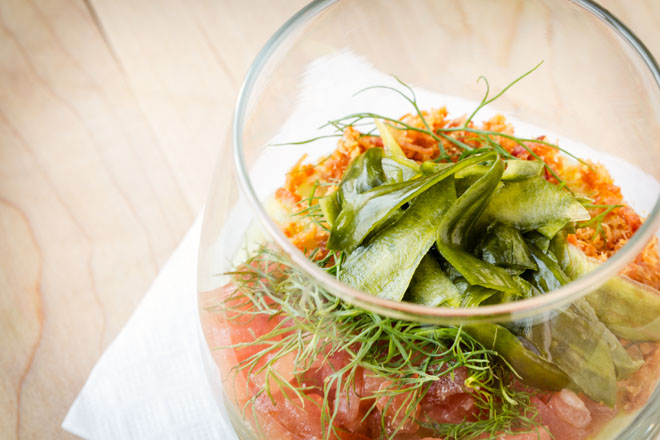 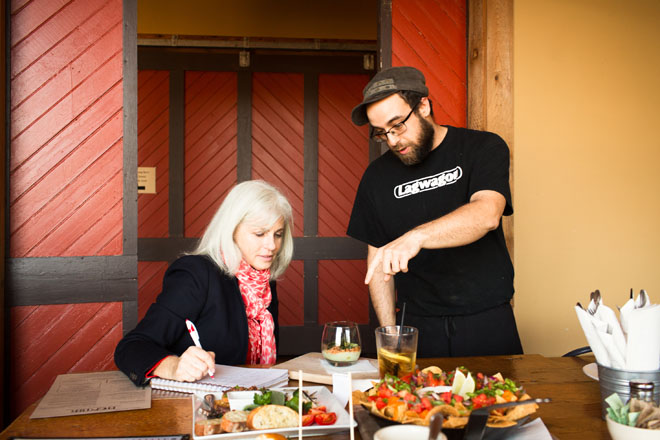 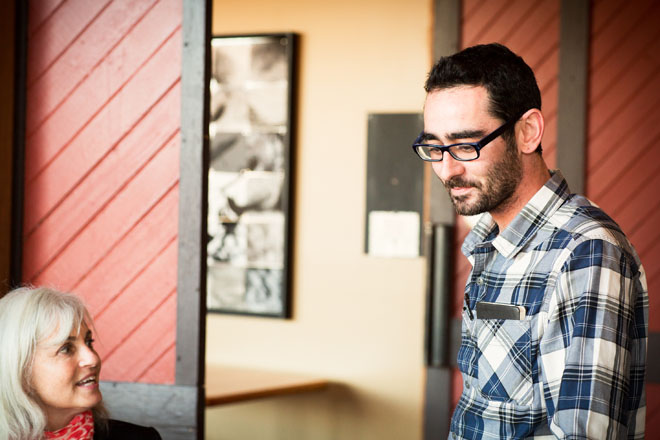 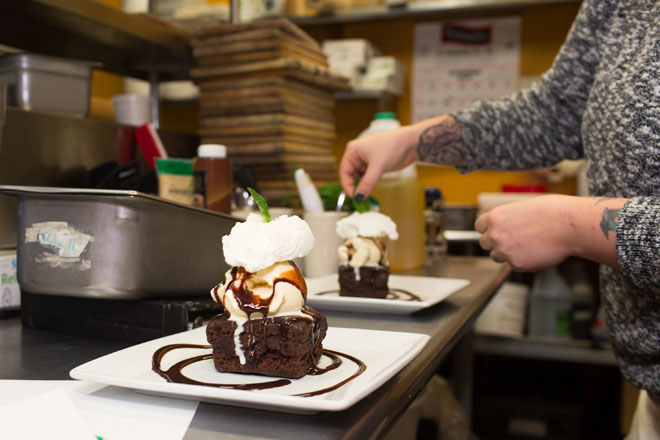 Before Frontier, owner Michael Gilroy led month-long expeditions to places along the Silk Road through Russia, China, and the Middle East. It was an adventurous life, but when the business died down after 9/11, he pondered his next step, brainstorming ways to share experiences of the larger world. He wanted a place for people to gather, where he could bring in global storytellers.

In 2004, he found the big, airy space in the Fort Andross Mill on the Androscoggin River and worked for two years to build it out. “It was just raw space with water leaks and all, but the location was unbeatable,” Gilroy says. Tall windows overlooking the falls and the Frank Woods Bridge to Topsham let in loads of light and gorgeous views. The wide planked wood floors are original to the space and along with hefty wooden tables, lend a rustic, casual feel.

Initially, Gilroy did not intend to make Frontier a restaurant. His goal was to create a meeting place for cross-cultural experiences through storytelling and to him that meant art, music, film, and food. First, he installed a cozy 85-seat theater, building around the notion of a good film and a place to talk about it. The theater’s full schedule runs the gamut from documentaries to independent foreign films. “After I see a really thoughtful film, I want to come into a nice environment, have a beer and a bite to eat,” he explains. The cafe is just that kind of place. When it first opened, there wasn’t much beyond a panini press and a hot plate. In 2011, Gilroy expanded the cafe into a full-service model with a complete kitchen.

“When I traveled, I learned that the best meals come from local markets. You gather cheese, meat, vegetables, and bread and eat it as is in a park or by the water, “ Gilroy says, clearly reminiscing about his own experiences. The memory of those meals are the inspiration for Frontier’s popular market plates, which highlight the cuisine of the Middle East, France, and Italy. Each platter is a generous starter, perfect for sharing, which is exactly what Gilroy had in mind. “Food is a great binder for humanity. It’s critical to breaking down barriers,” he says. “The sharing of food is essential.” The bountiful Italian platter holds salami, a thick piece of Buratta, cherry tomatoes, and pesto, crostini with olive tapenade, white anchovies, and more.

Several other options are also just right for sharing. A large order of nachos is presented in a skillet surrounding a small bowl of refried black beans. The corn tortilla chips are crunchy with chopped tomato and scallions on top. What I thought was a slightly spicy red pepper puree, turned out to be a delicious cashew cheese, making the dish suitable for vegans and those who eat gluten-free.

The entire menu is flexible and accommodating to all appetites and diets, with many add-ons available for salads, smaller plates, and sandwiches. Fish is fried to a golden crisp in a rice flour, making it a popular gluten-free option in tacos or with excellent fries. A trio of Caldwell Farm beef sliders on brioche buns satisfy burger cravings. Potato gnocchi is tossed in a luscious, buttery sauce spiked with Pernod and braised fennel. Gnocchi, risotto, and several other dishes are updated often, with fresh interpretations according to the season. The kitchen team works together to come up with daily specials that reflect Frontier’s global sensibility. These specials sometimes tie into music or film programming, bringing the multi-cultural experience full circle.

Cocktails are also a collaboration, where the staff submits ideas and mixes them up for a group tasting. House-made infusions line the bar’s top shelf, including beet vodka, cantaloupe and cayenne white rum, and sage tequila. They’re used in drinks like the best-selling Rita Hayworth, a lively blend of ancho chile and hibiscus-infused tequila, Cointreau, and house sour mix with a smoked salt rim. Some cocktails are blended specifically for the season, all are an imaginative mix of flavors and ingredients. A nice selection of local draft beers and wines by the glass or bottle rounds out the bar offerings.

Michael Gilroy is in the process of expanding the offerings at Frontier. In the large, loft-like space next door, there will be a coffee shop and lounge area, while the rest will be available for private events and more programming such as lectures, concerts and art exhibits. “I think of Frontier as a curator, a connector,” he tells me. “It’s a destination, and we’re the conduit for the exchange of ideas.” Gilroy has no shortage of ideas, and it’ll be exciting to see what comes next at Frontier.