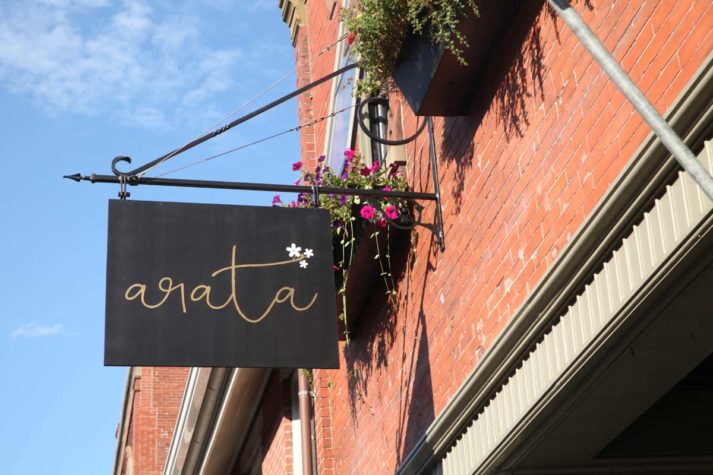 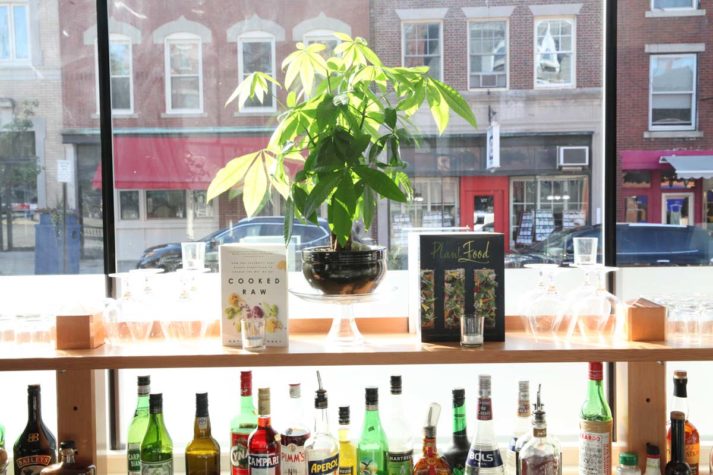 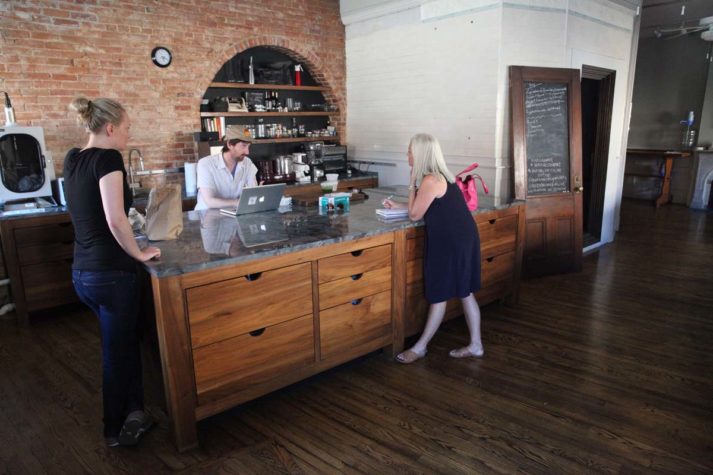 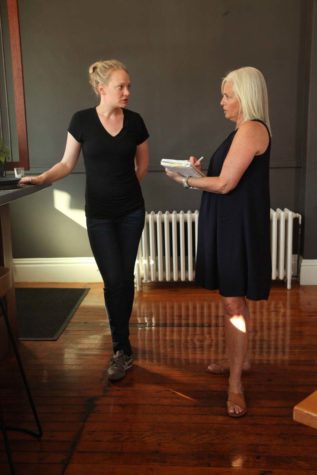 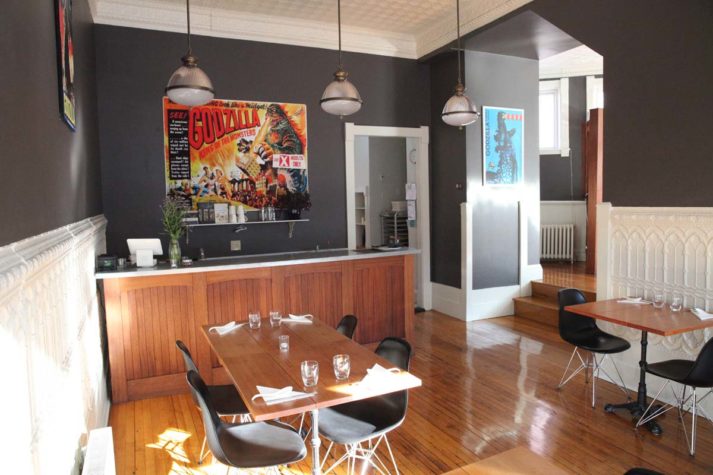 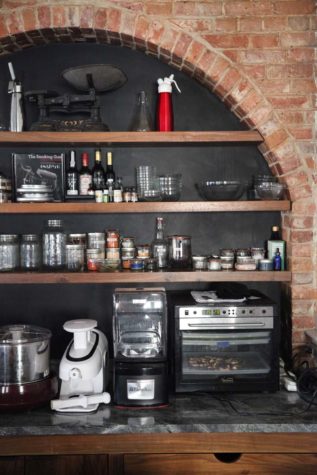 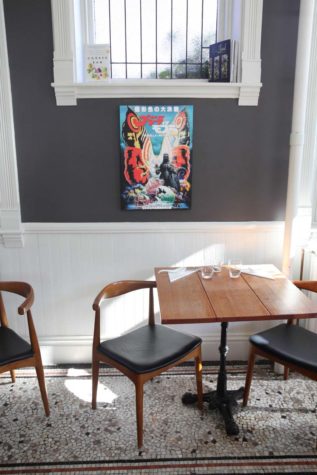 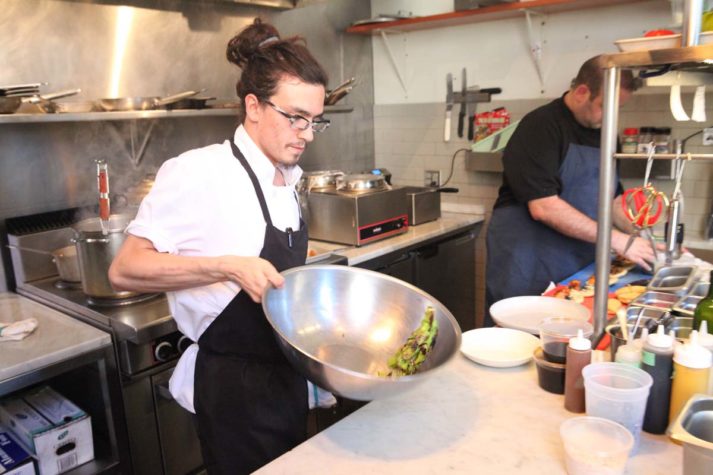 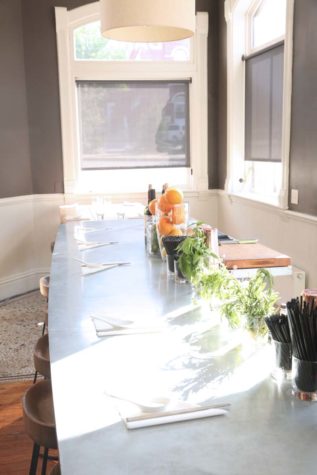 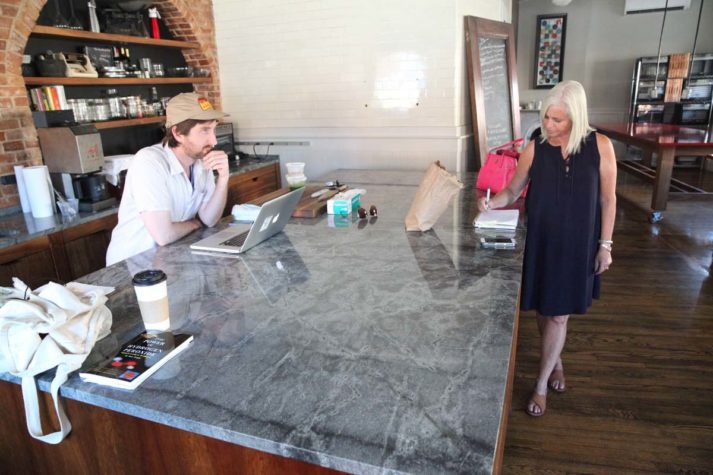 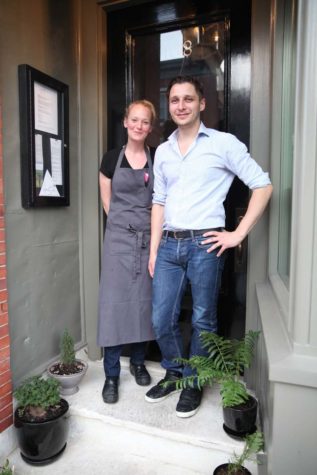 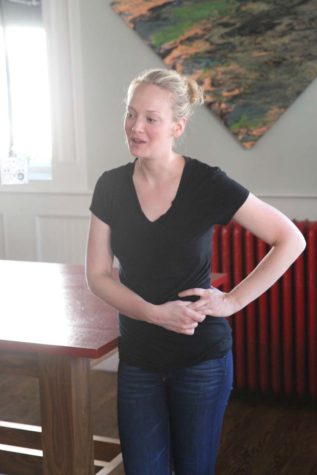 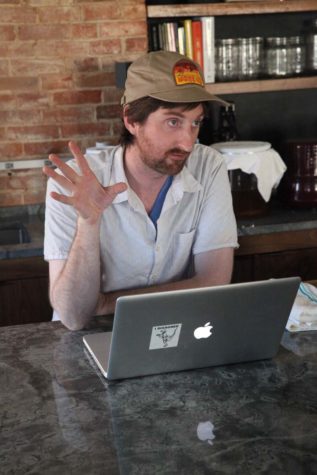 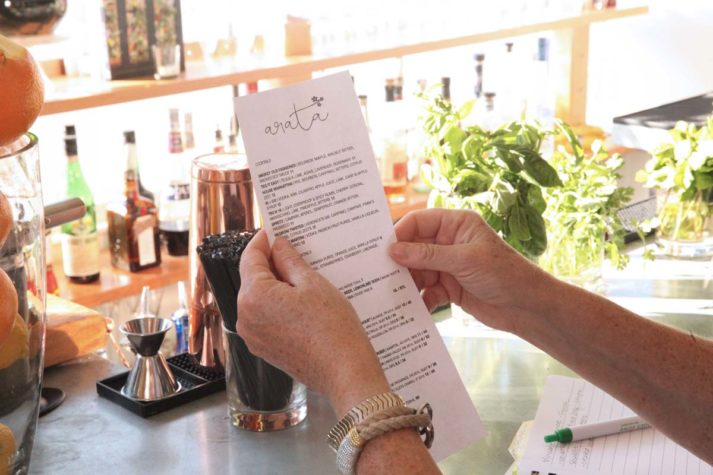 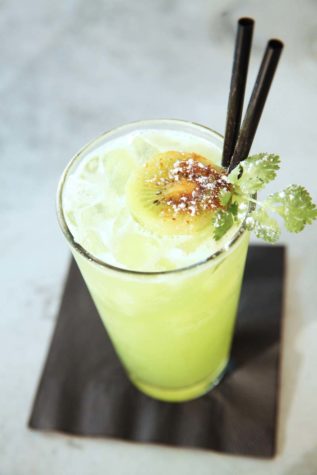 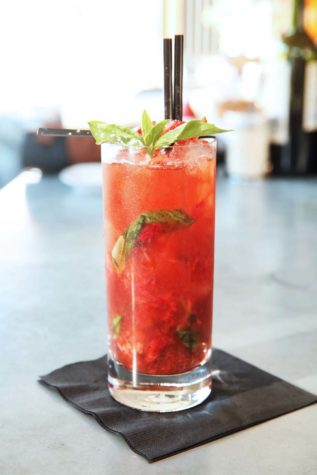 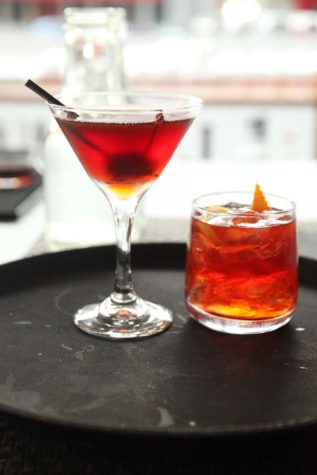 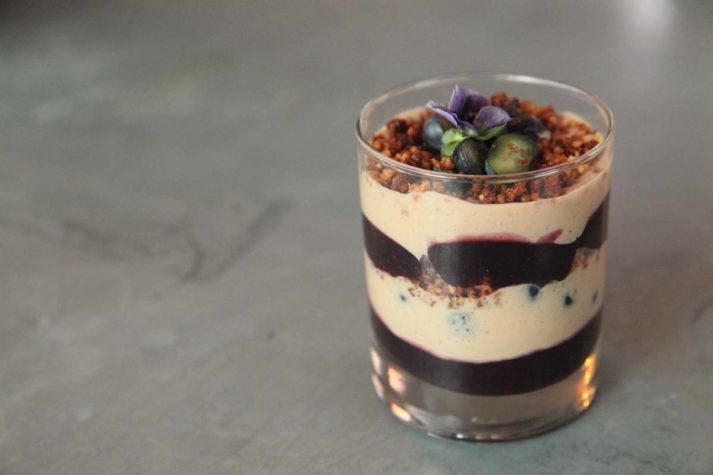 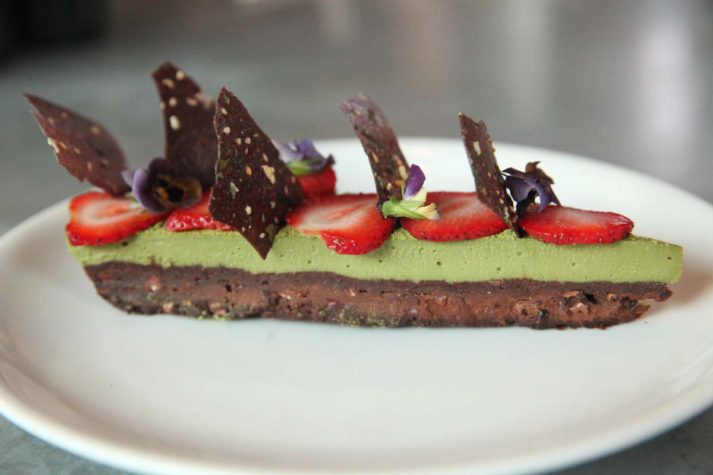 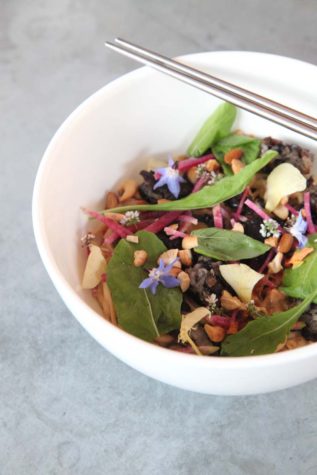 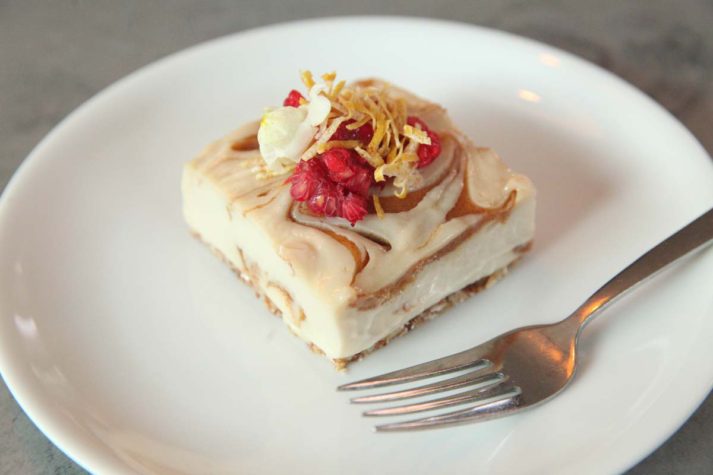 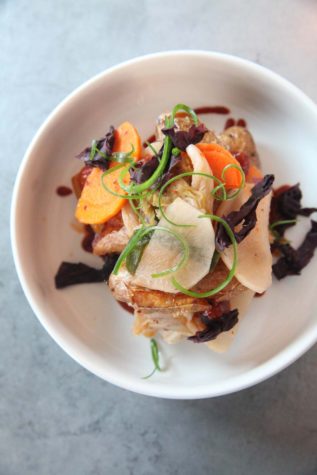 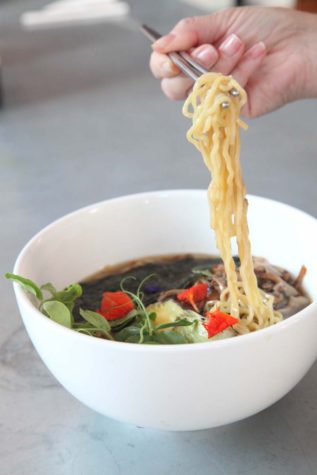 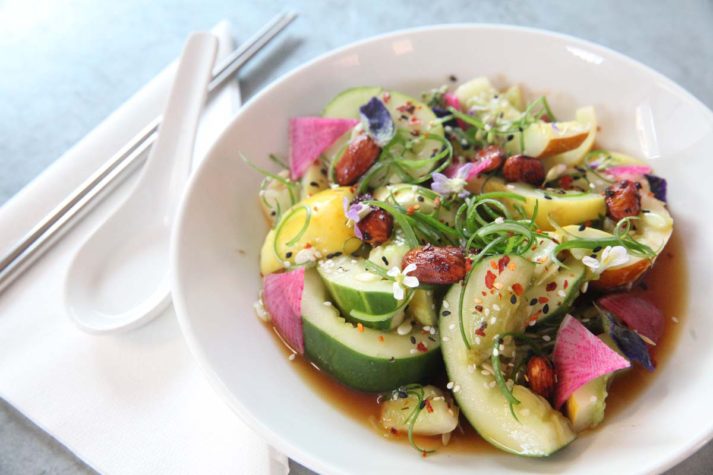 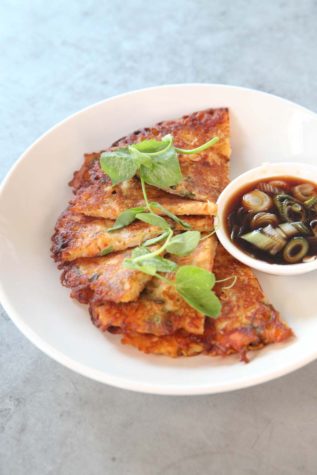 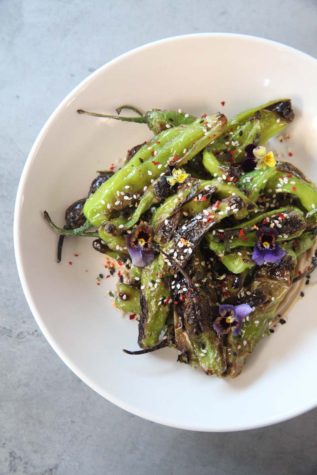 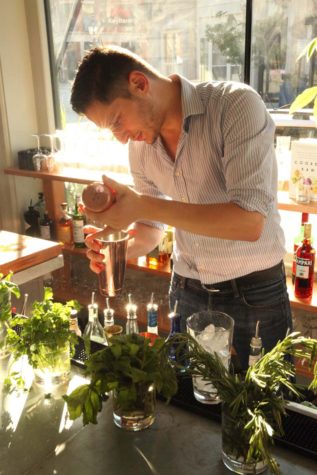 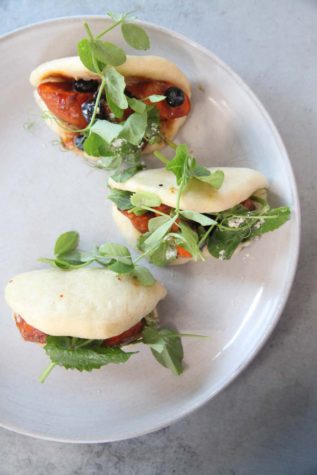 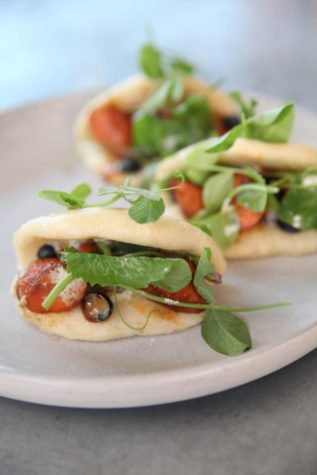 Arata is much more than a seasonal restaurant. It’s chef and entrepreneur Matthew Kenney’s incubator, a place to create and test concepts for other venues. Housed in a flatiron building known as the Gothic, Arata evolved from the restaurant of the same name. The décor is simple, letting the historical architectural features stand out. Tables are set with stainless steel chopsticks and oversized white soupspoons for slurping up ramen. The tin-covered bar resembles an herb garden, with big bundles of basil, mint, and cilantro stuck in glass jars. This is where bartender Vincent Garnet makes cocktails with the best ingredients of the season. The Ki&Co, so named for kiwi and cilantro components, among others was divine, light, and lush. Garnet has a sure hand with ingredients and technique, making every drink an exquisite creation.

Matthew Kenney, a Maine native, is a celebrated champion and innovator of vegan and raw cuisine. In addition to Arata, he owns a restaurant in California, one in Miami, one in New York, and a new wellness resort in Thailand. There’s also Matthew Kenney Culinary, Kenney’s cooking school, just across the street from Arata (with three other locations, as well), teaching the techniques and skills required for making vegan and raw food as flavorful as any other. Instructor Sean Murray tells me that he had a choice to teach here or in Thailand, and he chose Maine. Why? “Because of the relationships we have with the farmers here,” he says. “The produce, especially the root vegetables, is some of the best I’ve had in my life.” Like everyone who works for Matthew Kenney Culinary, he moves around to various locations. “Most people in the company fight to come to Maine in the summer,” he says.

“This is definitely home for Matthew,” culinary director Jessica Oost tells me. “He loves coming here.” In a phone interview, Kenney explains that he sees the Maine restaurant more as a creative outlet than anything else. “It’s been an evolution,” he says. “If we are going to be a seasonal restaurant, we felt it should more innovative.” They also wanted something fun, after the “seriousness” of The Gothic. “What if we did ramen?” Scott Winegard, director of culinary operations, blurted out one meeting. “Everyone got really excited,” he says. He and Oost developed and tested dishes and the menu.

There are six kinds of ramen, including the signature Arata bowl. It features a rich broth of roasted vegetables, built up in several steps for a deep complexity, and chewy noodles. Spicy udon is served at room temperature in a cashew cream hoisin with spicy tempeh sausage and radishes. Both were delicious, but I was partial to the soft, springy buns on the menu. Smoked king oyster mushrooms are tucked in with pickled cucumbers, scallion, and a swipe of that cashew hoisin. Another bun of sweet, roasted carrots and blueberries got a spark from wasabi mayo, a combination I was a little skeptical of until I tasted it. A dish of smashed cucumber didn’t sound exciting on the menu, but ended up being my favorite. Chunks of yellow lemon and crunchy Indian cucumbers were set off with bright watermelon radishes, almonds, and togarashi, a piquant Japanese spice blend. Shishito peppers are simply blistered in a hot pan, served over miso-tahini, an addictive snack. It’s hard to go wrong when you treat fresh vegetables with respect and complement them with surprising ingredients.

Everything I love about dessert can be summed up in three words: butter, cream, and eggs. But the vegan dessert offerings at Arata took me surprise, and I had to ask Oost several times to explain the components and techniques used. It didn’t seem possible to create such luscious desserts without these ingredients, but the three sweets offered were a success. A heavenly blueberry parfait is layered with hazelnut cream made from aquafaba, an egg white substitution made from chickpea water. And the toasted sesame cheesecake was lightly sweetened with agave and candied date gastrique.

To put it simply, I was astonished by the food at Arata. Every dish was a work of art, and as it was presented, I thought, “It can’t possibly taste as good as it looks.” But it did, and every bite was a revelation of what can be done with only plant-based ingredients. This is food that doesn’t need it, or miss it. You won’t either.

Note: Arata will be closing in October. An entirely new concept will be presented in the space next spring.