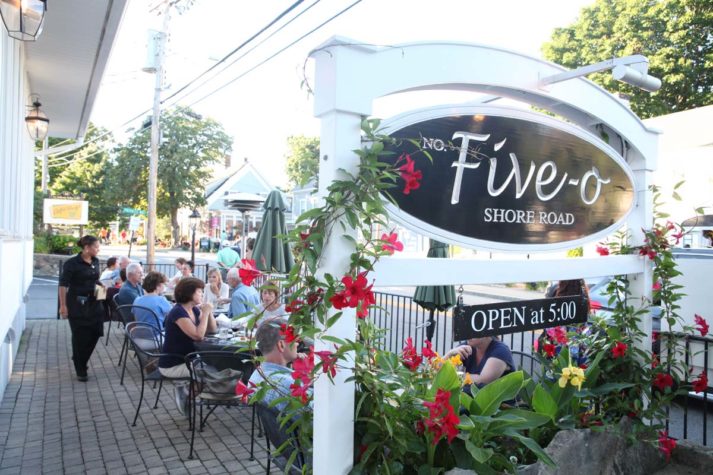 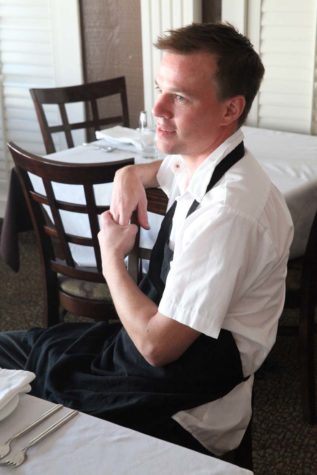 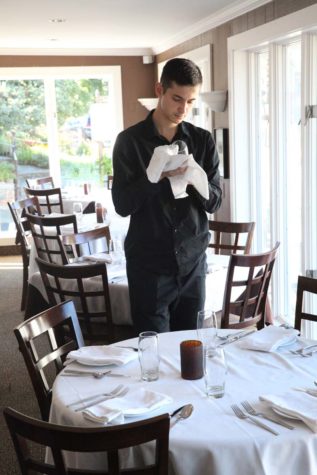 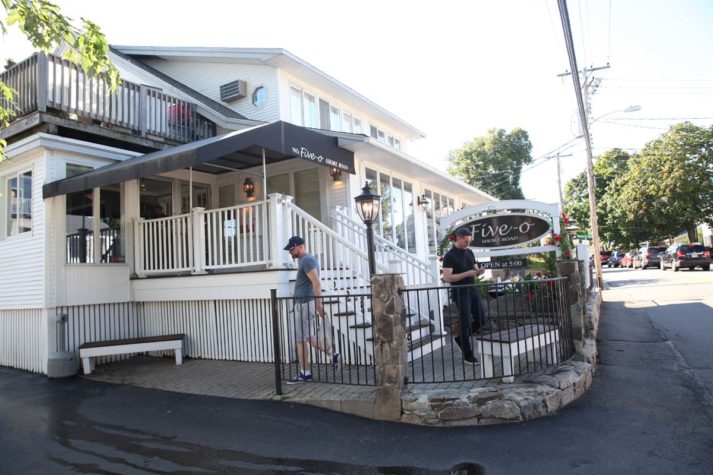 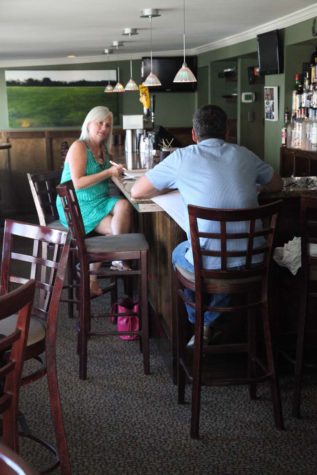 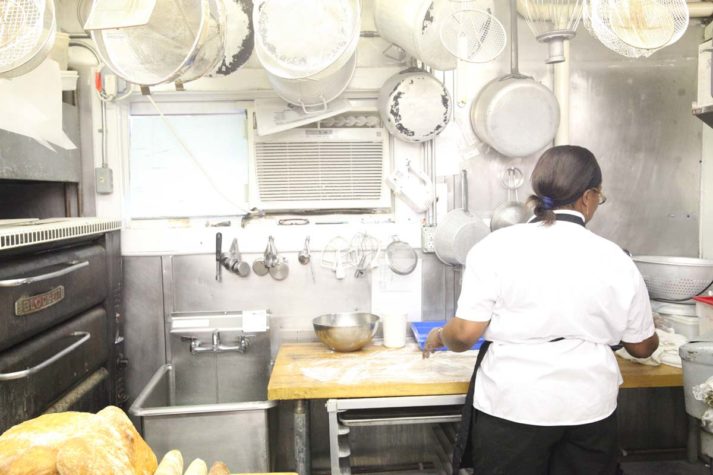 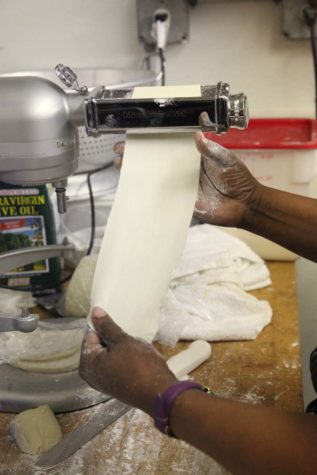 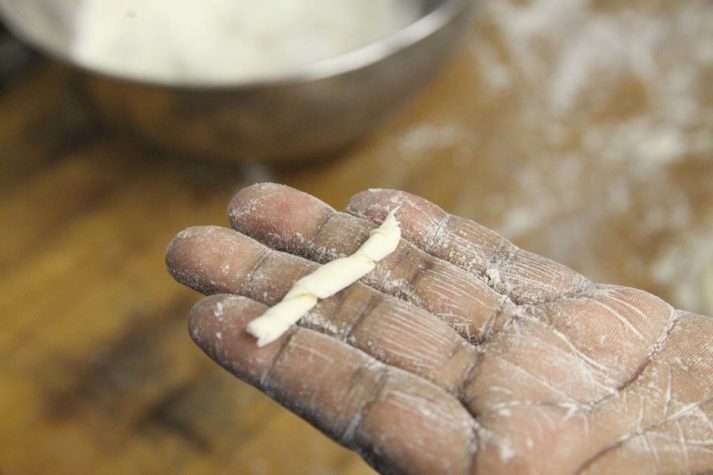 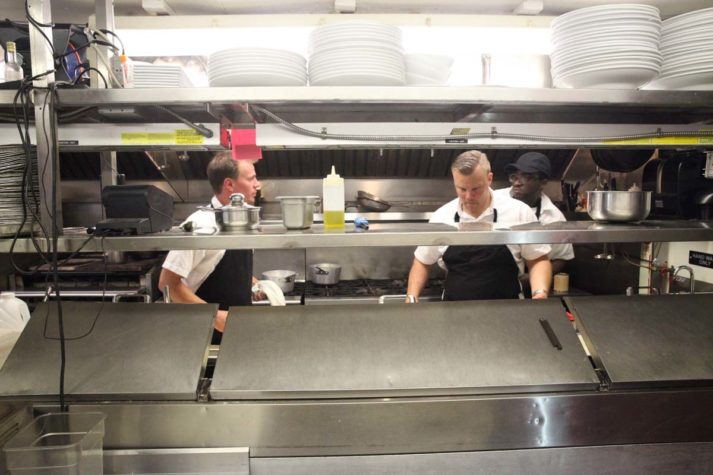 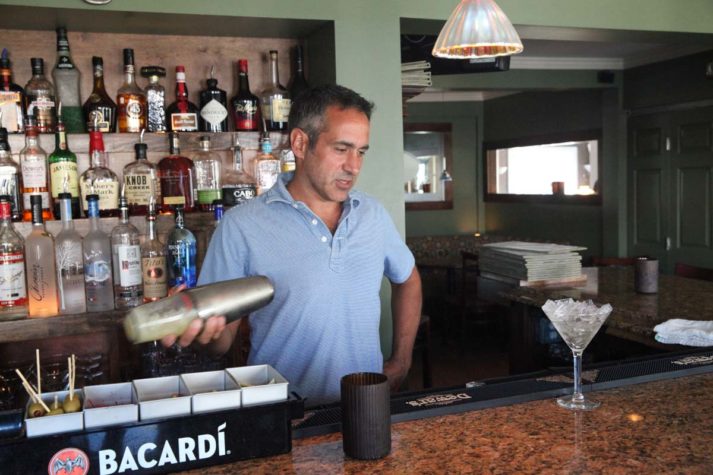 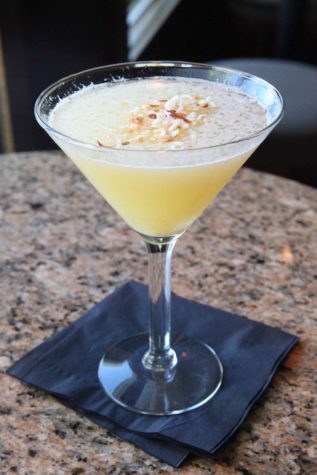 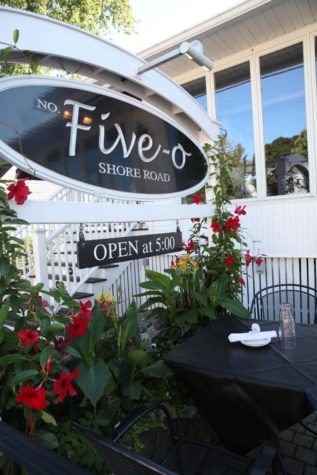 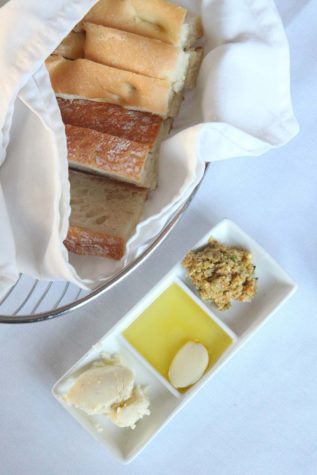 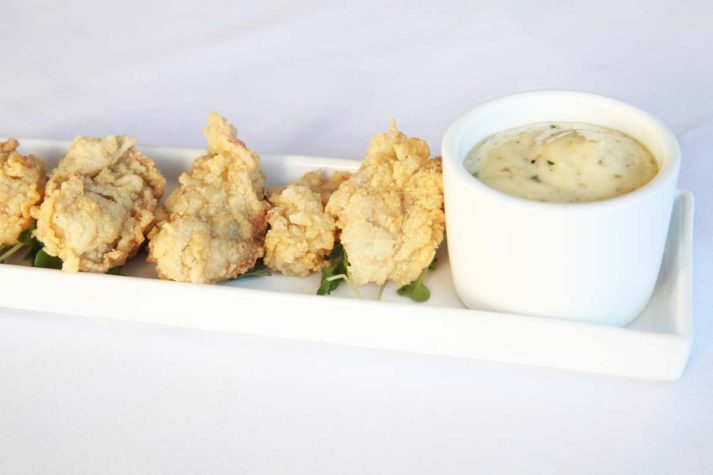 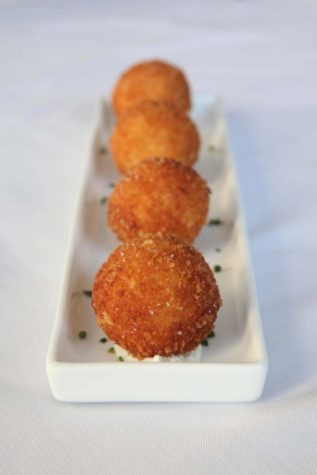 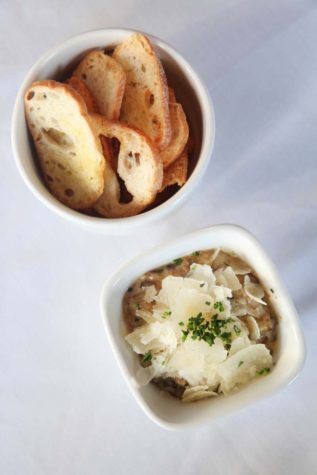 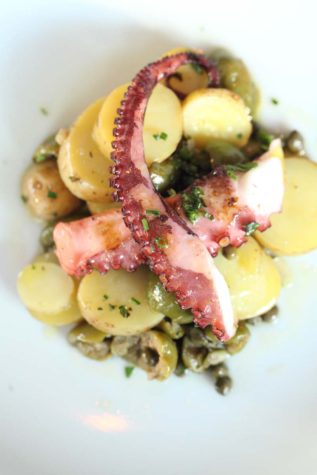 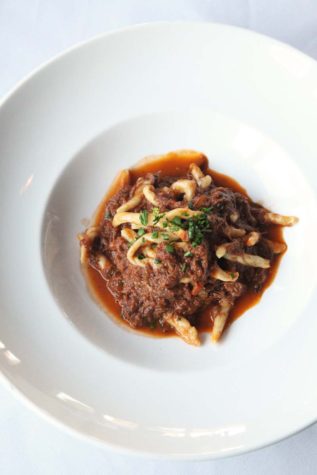 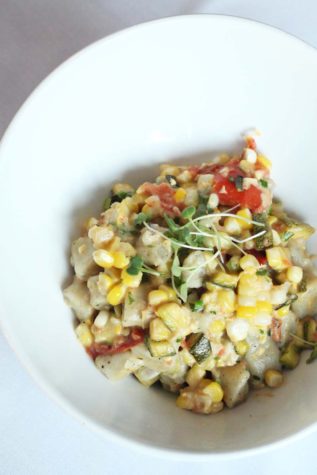 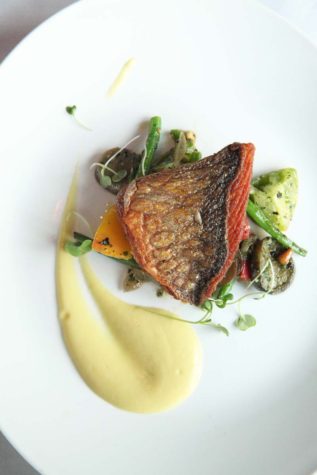 Outside on Shore Road in Ogunquit, in the late afternoon heat, tourists are leaving the beach with chairs, tote bags, and sleepy children on shoulders. Inside, at Five-O, all is calm, cool, and relaxed. The popular restaurant, just a block from the beach, draws in diners as soon as the doors open at five o’clock. Many will go on to spend their evening taking in a show at the nearby Ogunquit Playhouse Theater, but not before enjoying the tempting dishes at Five-O Shore Road.

The restaurant has been a fixture in the resort town since 2001. But just last fall, Gary Pucciarelli, Eric Varrell, and executive chef James Walter took over as owners. All have been with the restaurant for years, learning all they could from former owners Jeff Porter and Donato Tramuto. “I’ve been in restaurants my whole life,” Pucciarelli tells me, “but Donato took it to a very different level. It was like getting a Harvard MBA, one-on-one.” While we talk, he mixes up a coconut ginger martini for me, using house-made ginger puree. It’s icy, tangy, and sweet and just one of the many specialty martinis available at Five-O. Espresso, blueberry, mango, and pineapple are just a few of the other offerings, each one a refreshing combination. You’ll often find one of the owners behind the bar, chatting up regulars while effortlessly mixing cocktails.

For the past five years, Walter has worked to elevate the food at Five-O, using his previous experience at Pesce Blue in Portsmouth as a guide. “I learned so much about scratch cooking, seafood, and the need for simplicity there,” the chef says. “The Italian philosophy is to let the ingredients speak for themselves, and that’s what guides my cooking today.” Menu items, particularly seafood and pasta dishes, reflect Walter’s style. Since he came to Five-O in 2011, he’s simplified dishes, sourced higher quality ingredients and, used more local produce. Most pasta is now made in-house, such as the hand-rolled strozzapreti (“priest-strangler” in Italian) served with a fantastic wild boar ragu, rich and smoky, the long-braised meat deliciously tender. “It’s popular even in the heat of the summer,” Walter says. Handmade black pepper gnocchi highlights the best of summer ingredients, including corn, zucchini, and roasted tomatoes, in a creamy smoked corn soubise. The kick of black pepper is a lively complement. Walter is dedicated to using local seafood, but sustainability is also very important to him. He’s worked closely with the Gulf of Maine Research Institute’s Out of the Blue program to offer underutilized fish in inventive ways. He’s particularly fond of lubina, a delicately flavored, seabass-type fish raised in Spain, and sourced from Browne Trading Company. The chef prepares it beautifully, with crispy skin, multi-colored fresh tomatoes, haricot verts, and toasted pine nuts. The fish also appears smoked in a salad with arugula and chickpeas.

One of my favorite Five-O offerings is the selection of small plates, which are the perfect accompaniment to one of those Five-O specialty martinis. Dishes can be chosen from four categories: Farm, Land, Sea, and Cheese and each is just $5, or three plates for $12. Fried oysters are crisp and meltingly tender with a tasty salsa gribiche. The mushroom ragout is my favorite, all concentrated mushroom flavor with cream, garlic, leeks, and Parmesan shavings. Walter takes great care with each dish, large entrees and small plates. This year he was taken by surprise when the Maine Restaurant Association recognized him as “Chef of the Year.” The work he and the other owners have done for charitable organizations, such as Share Our Strength, played a big part in the selection, as did his mentoring skills. “Success is measured by what people learn from you,” he tells me. “In a state with a lot of restaurants, this is a very big honor.”

Gary Pucciarelli is folding flatware into napkins as we chat at the bar. “We’re all very hands on,” he says. I ask if they’ve made any changes since becoming owners, and he laughs. “Everyone asks that,” says Pucciarelli, “but why would we change the best restaurant in town?” 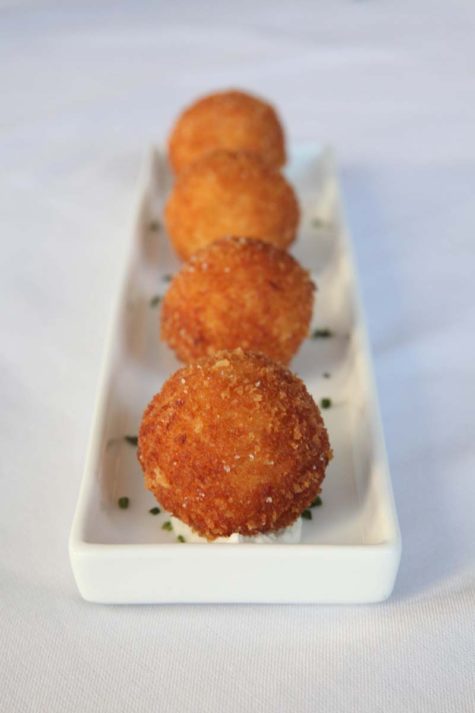 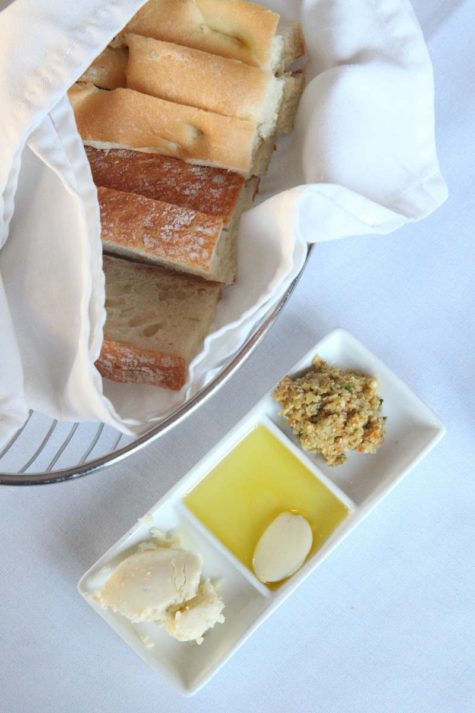