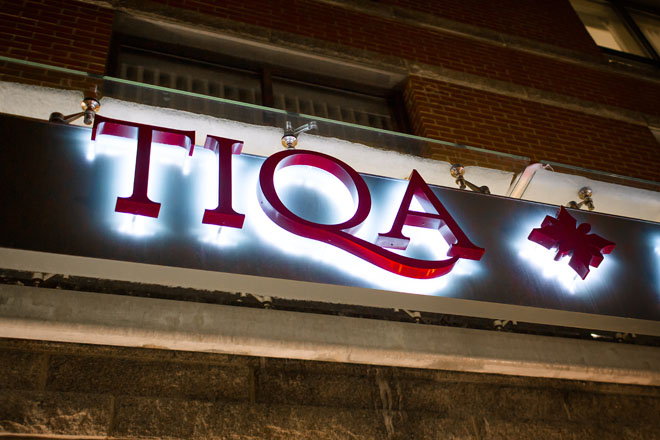 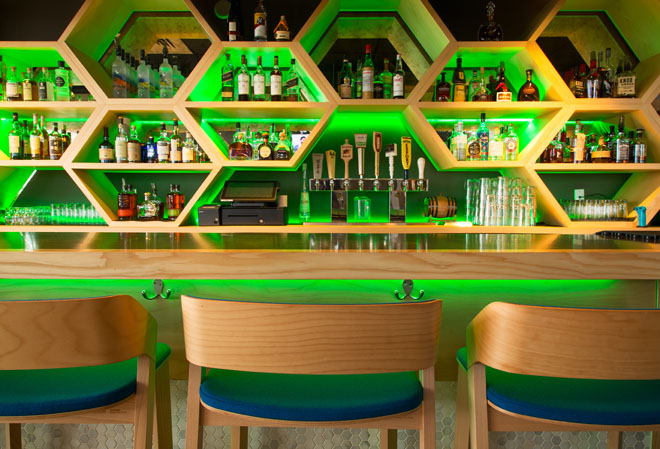 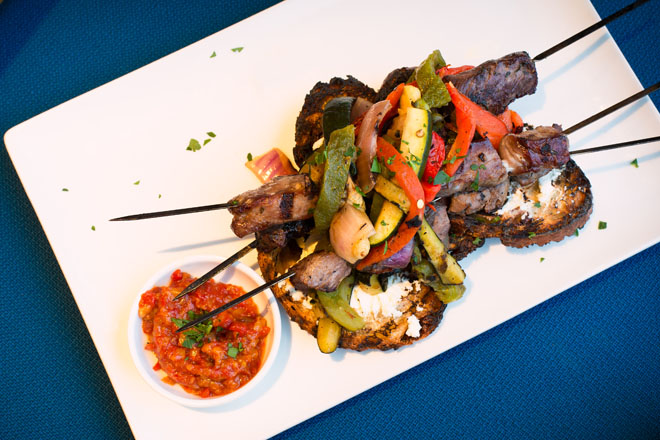 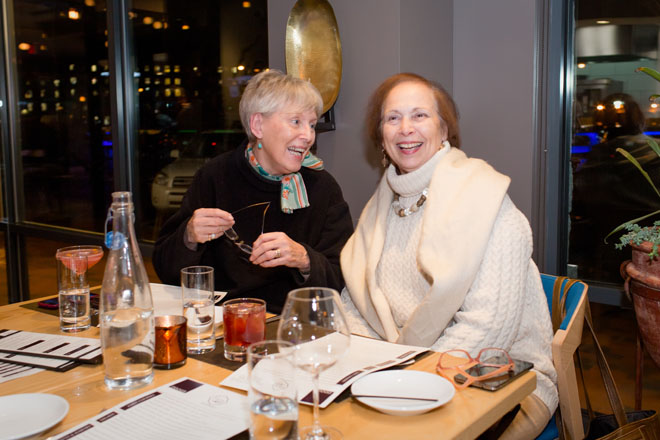 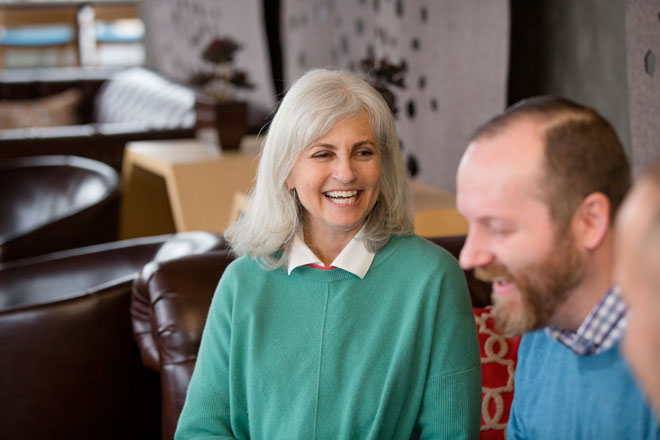 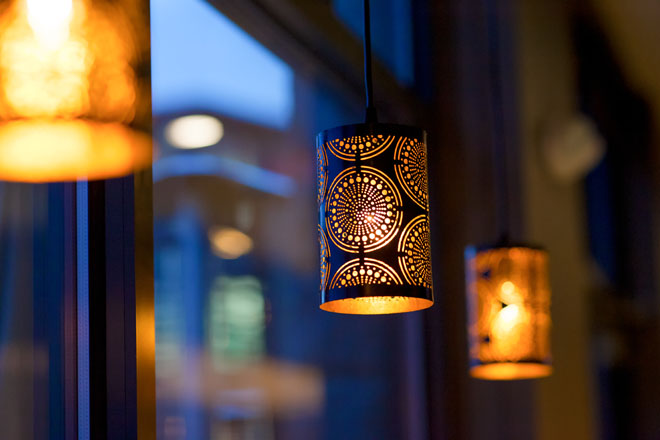 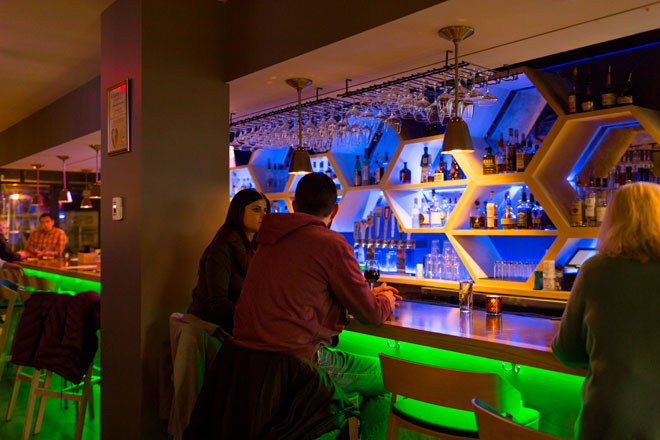 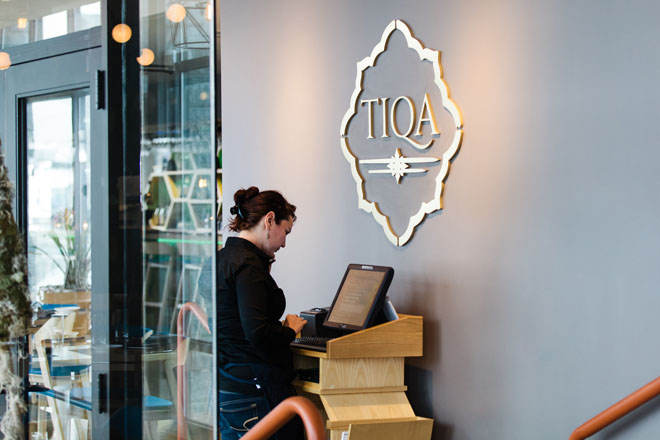 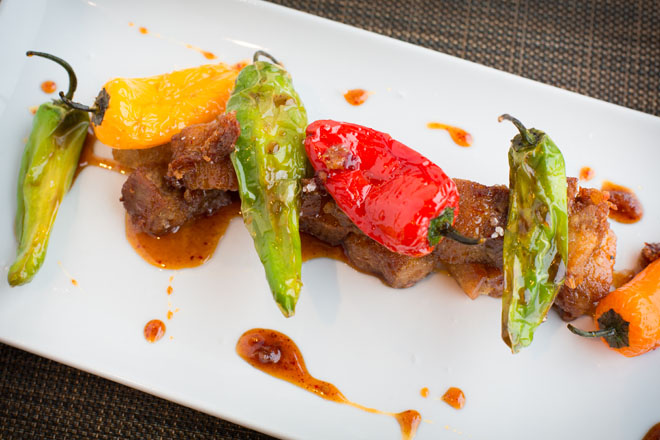 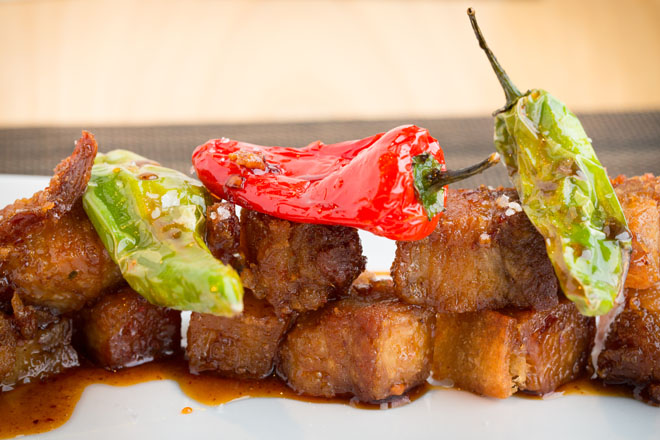 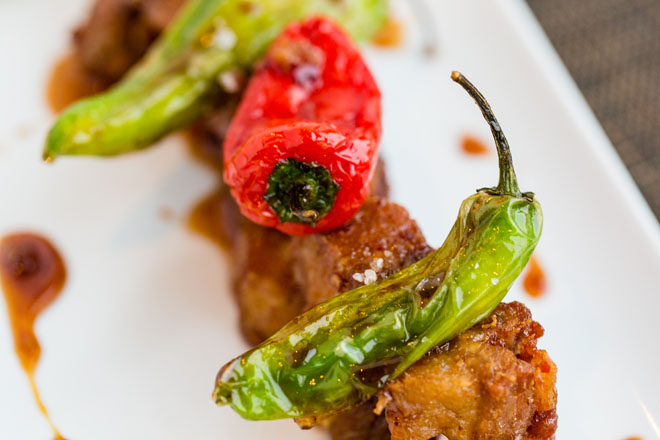 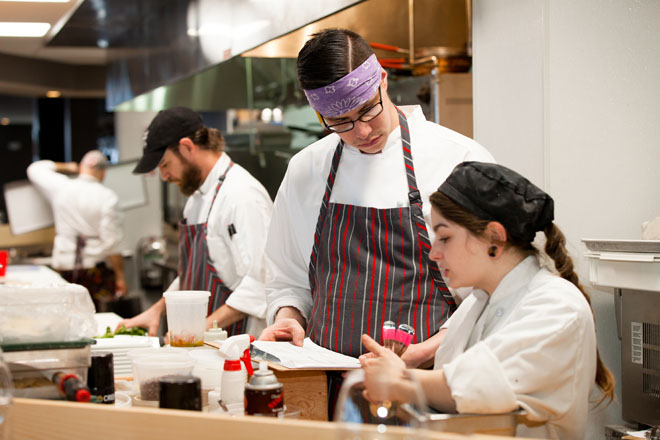 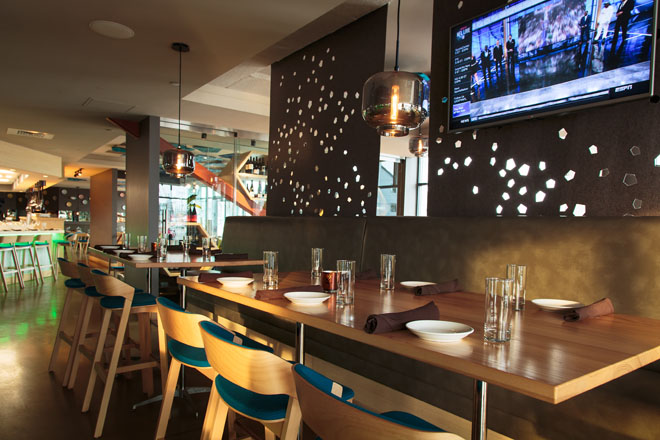 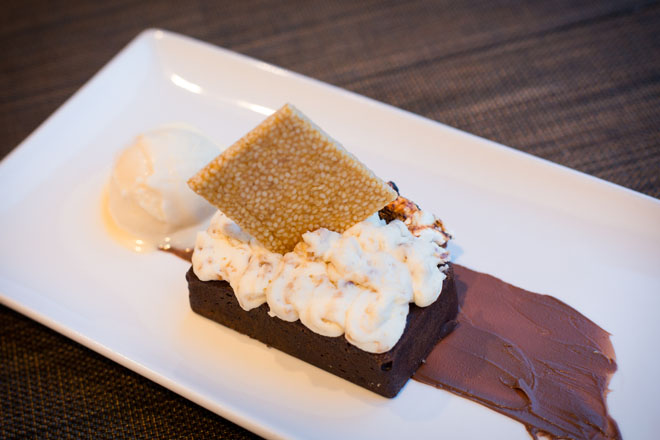 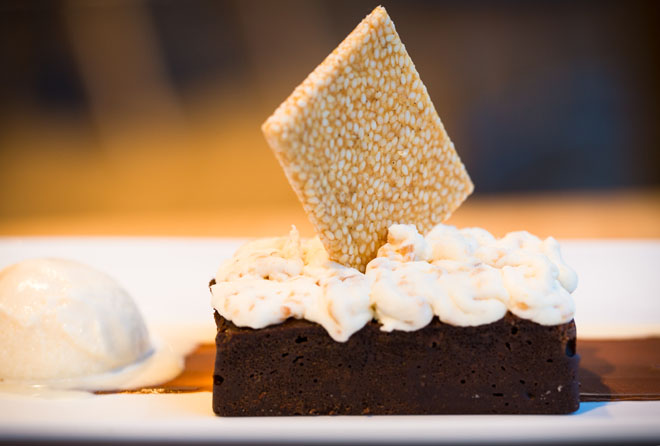 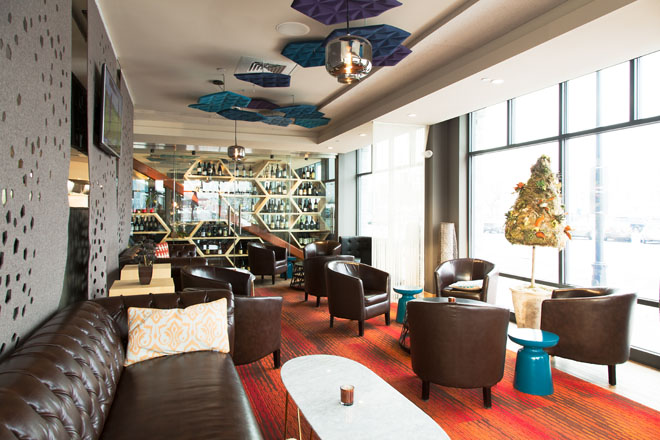 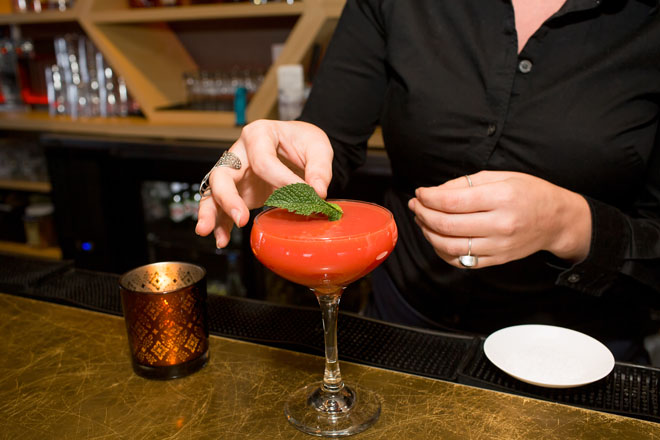 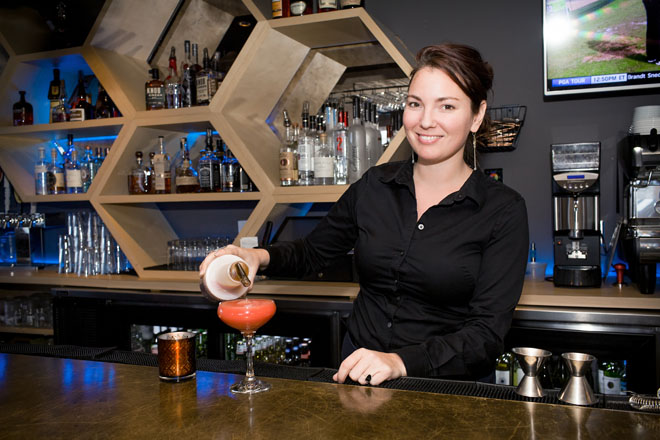 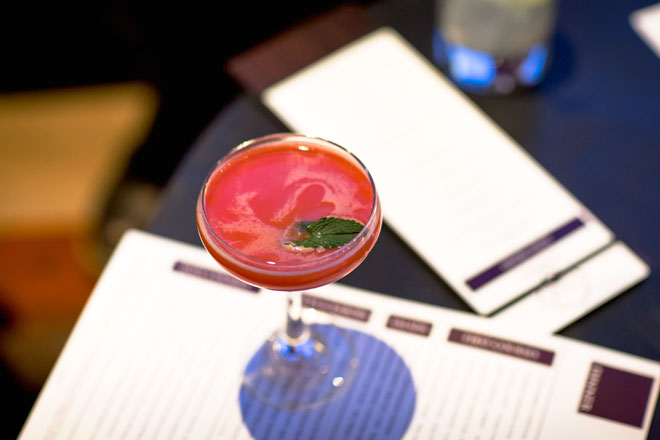 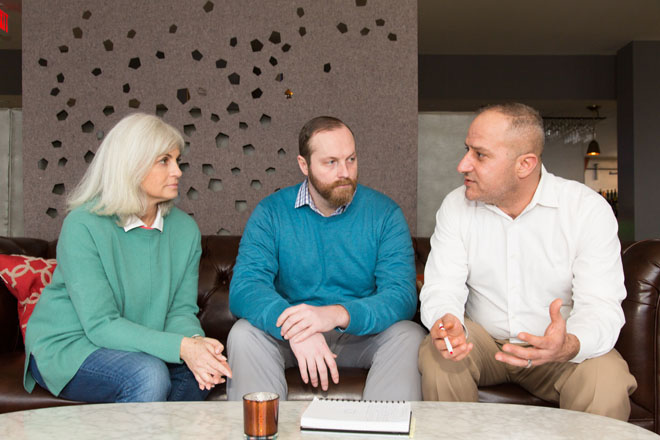 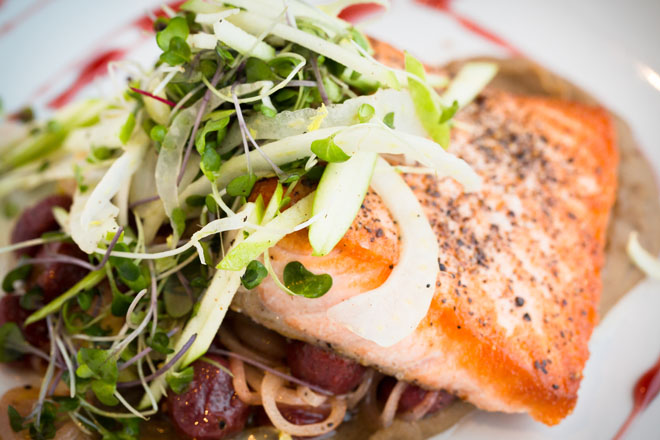 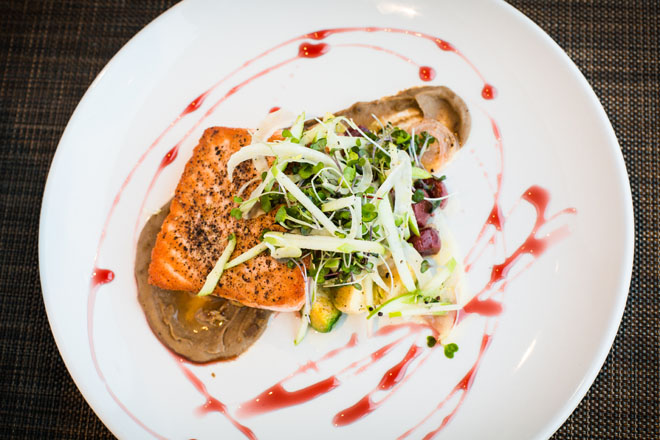 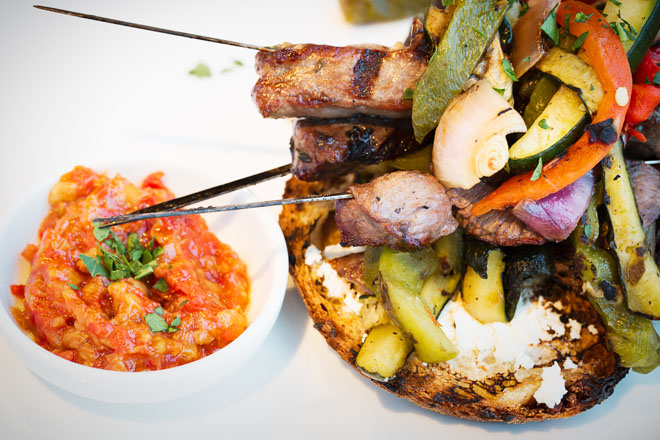 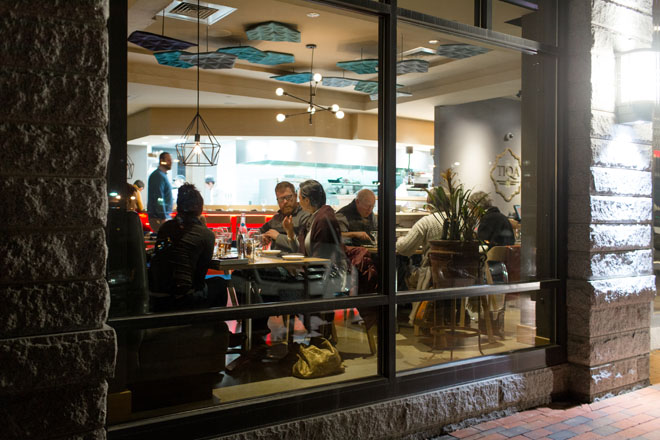 Deen Haleem had every intention of retiring when he left the financial services industry two years ago, but these days he’s sending his staff emails at 4:30 a.m. On occasion, he’s even cooking family meals for the restaurant staff. Haleem is one of the co-owners of Tiqa, along with his wife Carol Mitchell, and general manager Patrick Morang. The word “tiqa” is Iraqi slang for kebab. An Army reservist, Haleem has been deployed six times, including four tours to Iraq. While there, he often made the “tiqa run” for his fellow soldiers who were tired of Army food. He also served in southern Europe and northern Africa, kindling a love for the food of these regions.

On the back of Tiqa’s menu is a map that shows the wide range of cuisines represented at the restaurant. The area stretches from Portugal and Spain to Syria and Israel. In between lies southern France, Italy, Morocco, and Turkey. The map is a helpful guide to navigating the varied menu, which Haleem calls “pan-Mediterranean.

From Portugal comes chicharrón, cubes of tender, crackling confit pork belly that’s been brined and pressed, served with a house chili sauce made with pomegranate molasses. Fried sweet and hot peppers add a shot of color and contrast. A few dishes are sourced from the Levant, the historical geographical term, which encompasses a large area of the eastern Mediterranean, including Syria, Lebanon, Israel, and Palestine. The herb sumac is widely used in the Levant and has a citrusy tang. At Tiqa it’s used for delicious effect on a crisp-skinned roasted chicken, served with roasted onion and kale. The chicken is presented with risotto instead of the customary bread, a brilliant move to complement the delectable chicken gravy.

“When we started Tiqa we asked ourselves, ‘Are we going to stick to the traditional versions of dishes, or are we going to do Maine versions?’ We decided to go as traditional as possible,” says Haleem. The menu has evolved over the past year through in-house research and with the help of consultants. Executive chef Bo Byrne, formerly of David’s Opus Ten, was excited to take on the challenge. “What drew me to Tiqa is the fact that I hadn’t done anything like this before,” he tells me. Byrne and his crew have picked up much knowledge from studying Jerusalem, a cookbook by the iconic Israeli chef Yotam Ottolenghi. “It’s the blueprint for how dishes are done,” Byrne says. “But I leave room for creativity. You have to know the rules to break the rules.”

Certain foods are best when kept simple. A generous portion of hummus is served with freshly baked pita bread and is creamy and smooth with a hint of lemon and a small pool of fruity olive oil. “We have a commitment to doing it the real way,” says the chef.

Tiqa’s lounge is inviting and decorated with deep jewel tones punctuated with azure and separated from the dining room by a gorgeous, floor-to-ceiling glass wine cooler, with wine bottle displays that function more like design elements. An adjacent outdoor patio is a popular dining option in good weather.

Nearby is the chef’s counter, where one can watch the action in the busy, open kitchen. On weekdays, special tasting menus are available at the counter, highlighting a different country each month. Byrne also offers cooking and wine classes here in the winter. Zara Edwards oversees the bar, creating and serving imaginative cocktails, such as the Spicy Blood Orange Martini, full of citrus flavor and spiked with hot sauce. “It’s all about the balance of sweet and savory elements,” she says. Wines by the glass include choices from Italy, Greece, and Lebanon.

Tiqa just celebrated its first anniversary and Haleem is thrilled with how well the restaurant on Commercial Street has been received. “This has exceeded every expectation we had for the first year and we continue to grow. We’re invested in the community and plan to be part of it for a very long time,“ Haleem says.