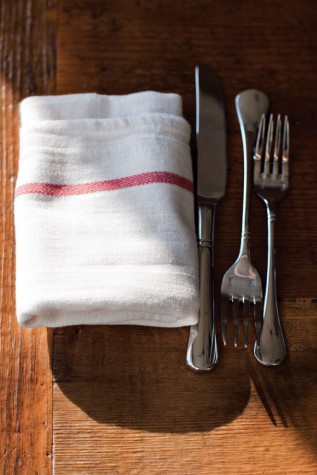 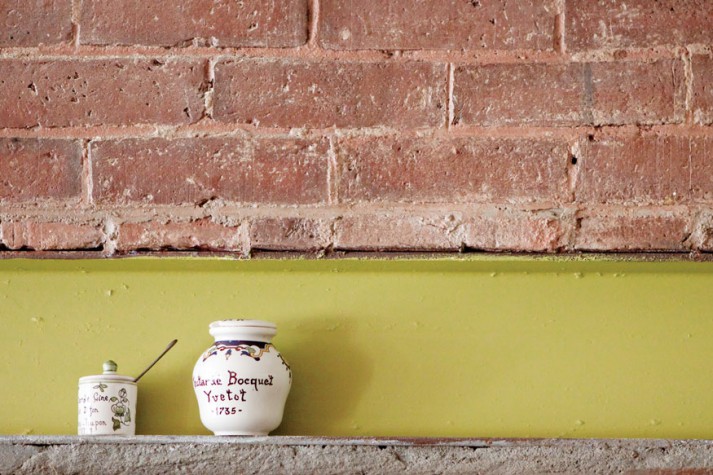 Every detail is considered, right down to these antique European mustard containers. 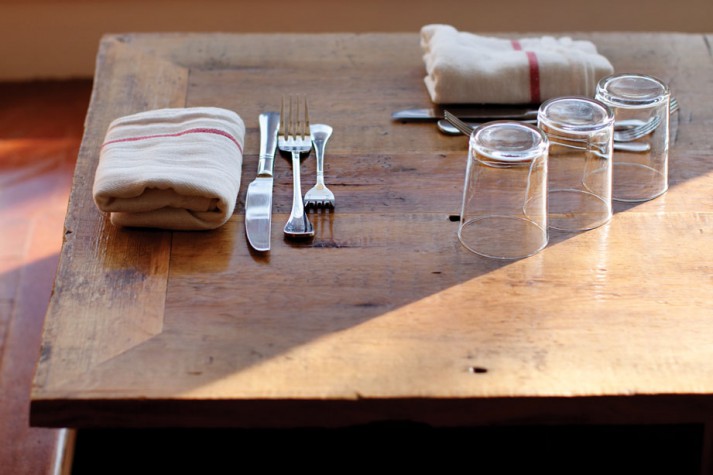 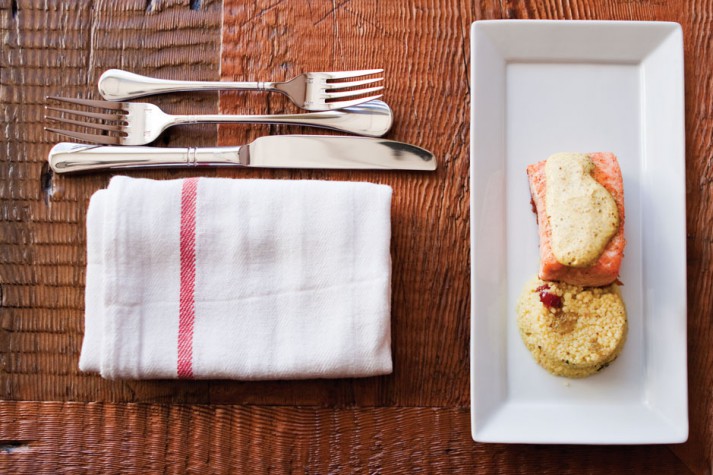 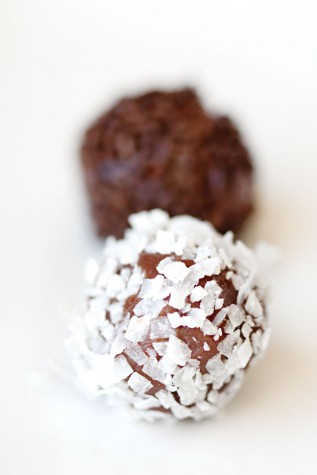 Rich chocolate truffles made from a Brazilian recipe that chef Lee Farrington learned from her mother, Carol. 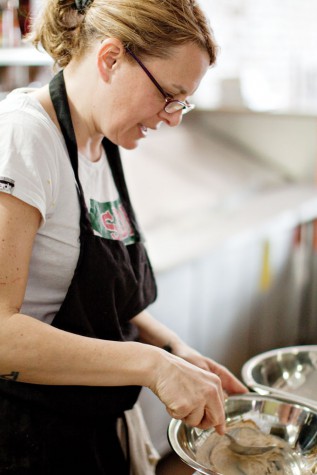 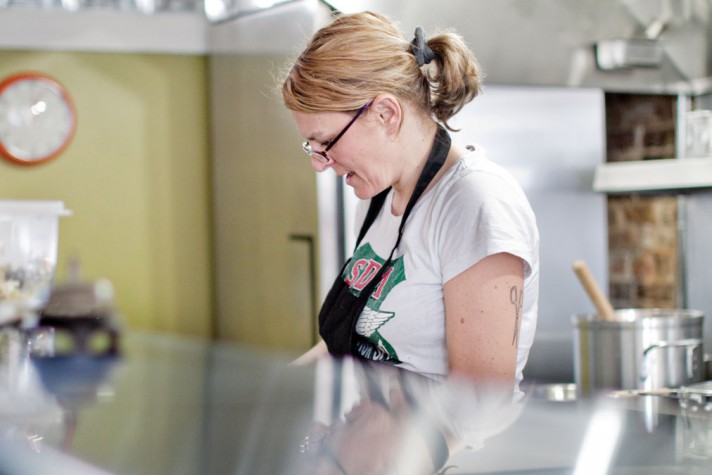 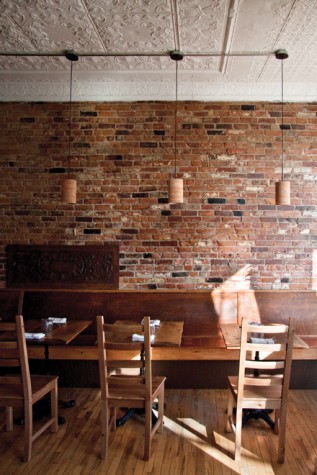 The space uses reclaimed wood, most of it from Maine. 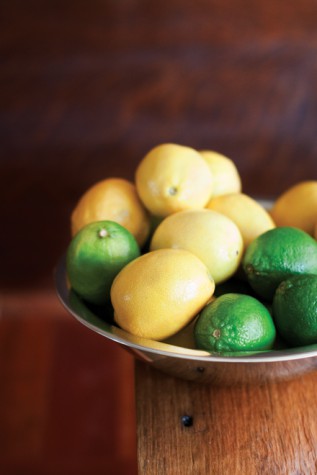 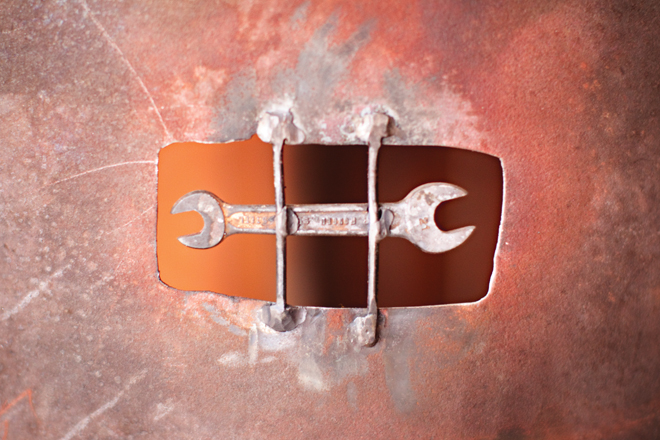 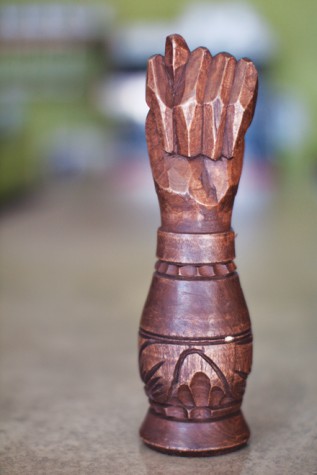 A wooden figa, the good-luck symbol from Brazil, from which the restaurant gets its name 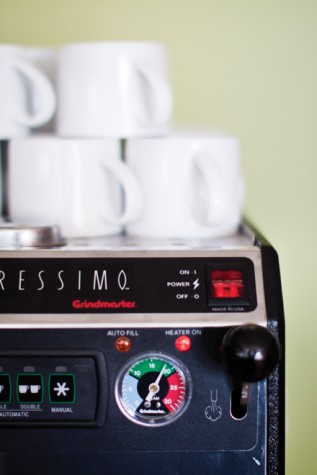 What would dessert be without an espresso? 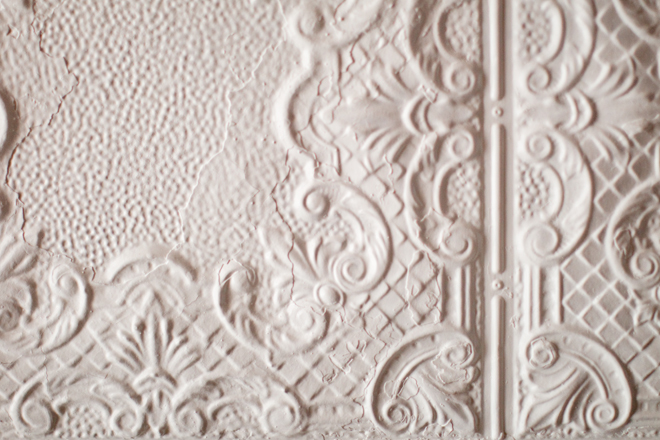 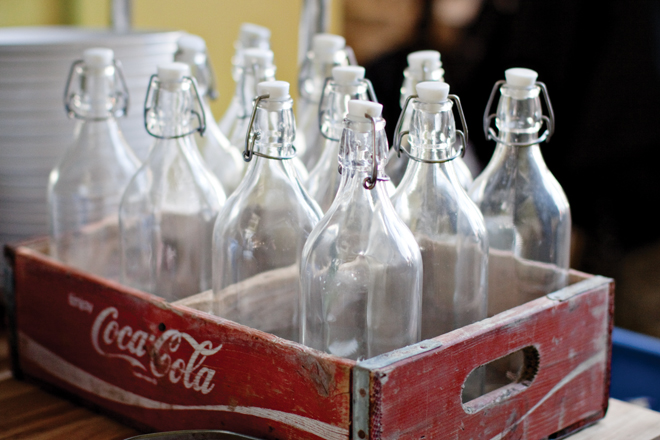 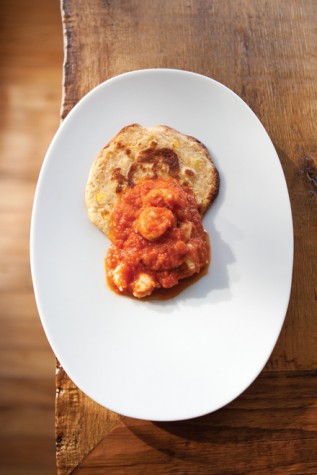 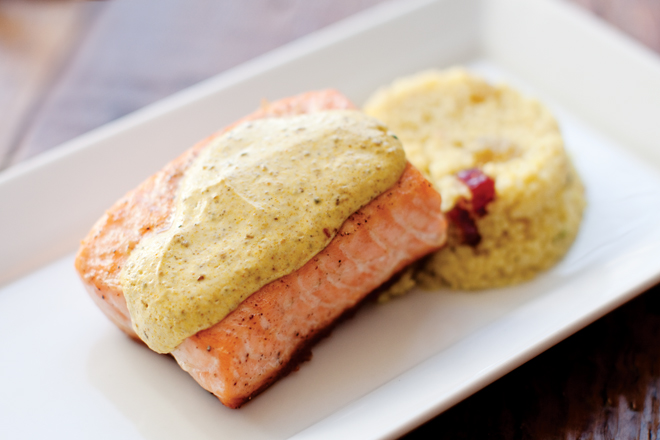 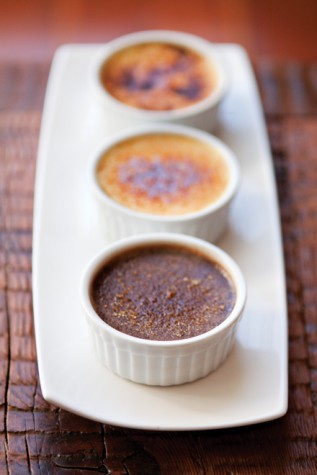 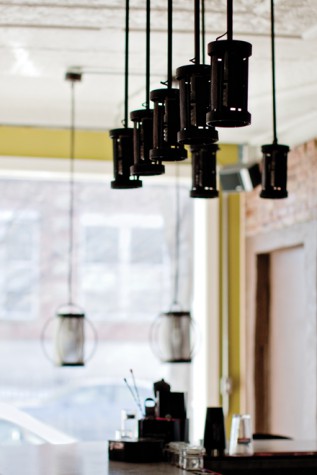 Lee Farrington is on fire. Her new restaurant, Figa, is her talisman, her spark. Feeding her fellow man is what excites her. She’ll tell you she has trouble cooking for fewer than ten people, and that strikes you as a good problem for a chef to have.

Farrington has always wanted her own restaurant. From her days cooking with her two grandmothers—one Brazilian, the other from Kentucky—through her first job at Subway (“I love sandwiches,” she says) to cooking school and then ten years on the line in New York City, she’s had the dream. It’s a good thing she has such drive, because getting Figa off the ground has required heavy lifting. And, in this light, the name Figa takes on extra meaning.

Figa is a good-luck symbol, brought to Brazil by Africans in the 16th century. Farrington wears a bracelet with the symbol, a relaxed fist, at all times. That didn’t stop the gods from throwing a curve ball or two her way. There were issues with the building’s water line, routine tribulations with the state liquor board, and interior details. Altogether, it took her a full year from the building purchase to opening the restaurant. Perhaps, in the grand scheme of things, not that long. But for Farrington it was torture. The end result, however, has made it all worthwhile.

Figa’s menu is globally inspired and generous. A diner can cherry-pick flavors of Farrington’s past, from her grandmother’s kitchen through her stints at New York City restaurants like Tabla, Raga, and Al Di La, and at Café Uffa here in Portland.

One could describe her cooking ethos as roast, toast, grind, and mix. She’s all about seasoning. Her offerings boast rendang, a curry-like dish that originated in Malaysia, picadinhoa, a Brazilian stew, banana-leaf-wrapped salmon, jasmine rice, beet carpaccio, and even a hamburger.

She is a rowdy Capricorn (“Give me the power,” she says, “I’ll run with it”) and she wants her diners to experience a wide range of tastes. Flavor is paramount. Not satisfied to let ingredients speak for themselves, Farrington wants to add her own special touch to diver scallops, wild boar, and Freedom Farm’s mixed salad greens. She sprinkles herbs and spices throughout her offerings. The menu proffers cilantro, balsamic vinegar, and spicy cumin beurre blanc.

Dishes come in many sizes—small, modest, and full—to facilitate sampling. Farrington wants to encourage customers to step out of their comfort zone and try new tastes. She’s doing so with plates of mustard-seed-crusted tuna, braised lamb shank, or grilled spiced prawns.

Farrington’s move to Portland five years ago was something of a lark. She came here for a vacation while working as a line cook in New York. Portland immediately reminded her of San Francisco, a city where she’d earlier lived and worked. When she was leaving there friends told her, if you can’t afford to come back to San Francisco, go to Maine. And so the idea of Maine stuck with her. Her first night in the state, she laid her head on her pillow, heard foghorns instead of bus horns, and she was hooked. After two years at the helm in James Tranchemontagne’s kitchen at the old Café Uffa, she wanted to run her own show.

The first location she looked at, the Cookie Jar space on Shore Road in Cape Elizabeth, proved a dead end. The costs to create what she wanted there were impractical. While getting her hair cut she learned her hairdresser was leaving the business to join the Peace Corps and the space at 249 Congress Street could be hers if she wanted it.

Figa is not exactly what she had had in mind. She still dreams of opening an indoor Bocce court, performance space, and cafe in addition to the restaurant. Farrington describes herself as an aesthetic person, led by her own creativity. Figa sprang to life after she saw a light fixture at the modern organic design gallery Utopia Designs on Fore Street. The light fixture is wrought iron with a modern medieval look.

Most everything else in the restaurant is reclaimed and repurposed for the space. The wood for the banquets came from the Chestnut Street Church. The bathroom doors are antiques. Half of her kitchen equipment is used. Other than the fixtures for her bathrooms, all the other materials were recycled or reused.

The open kitchen plan allows Farrington to keep an eye on the room. “That’s what it’s all about for me, to see the expression on people’s faces. I love that. That’s my high.” The space feels comfortable and organic. All those recycled materials come with their own history, and the many stories to be told over future meals at Figa will create their own delicious history.

As of our deadline, the restaurant has not opened, but we’re as excited as Farrington for its imminent debut. Check our website for updates, or give the restaurant a call. –Eds.