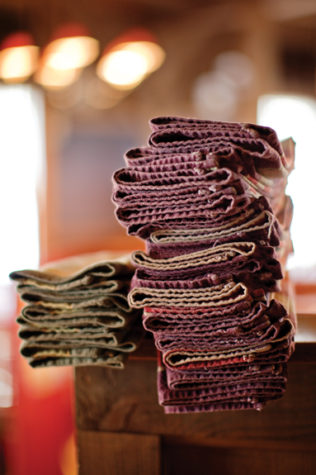 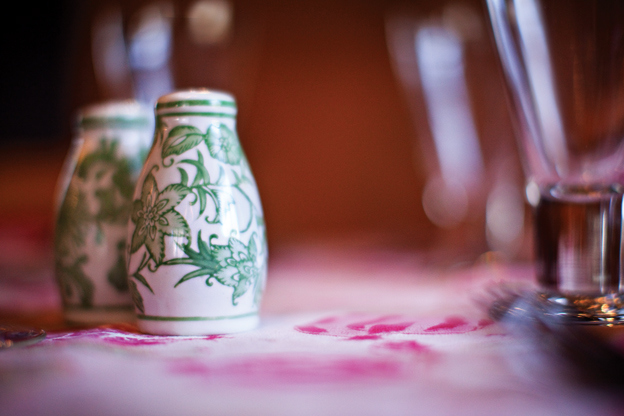 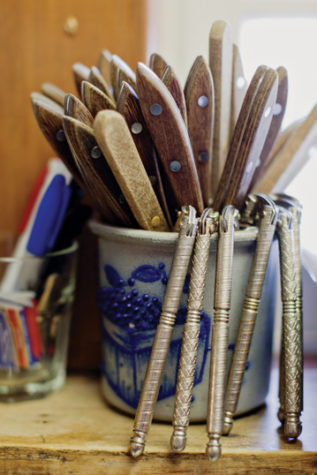 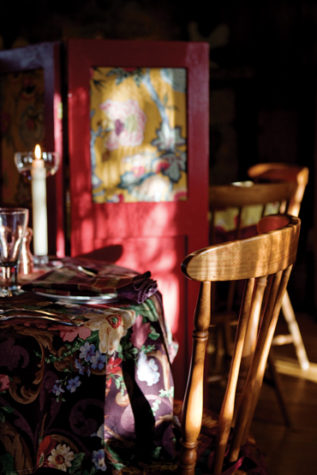 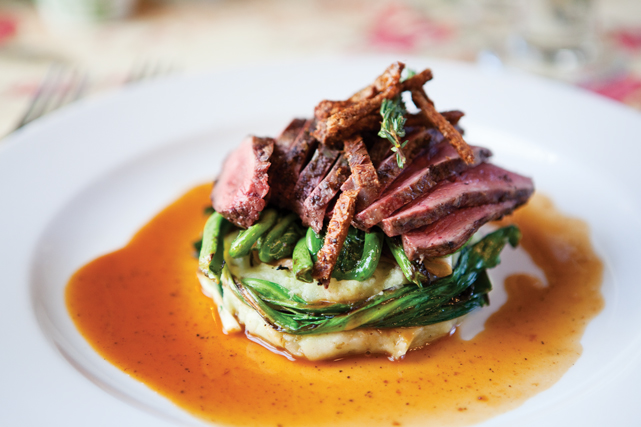 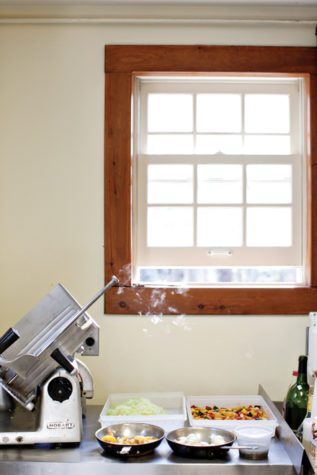 An open window in the French farmhouse kitchen 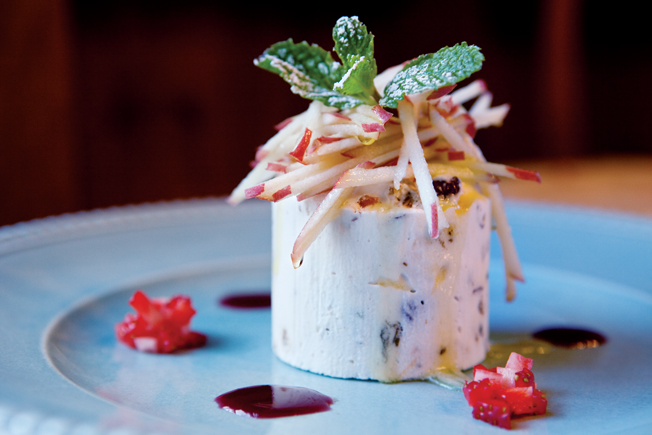 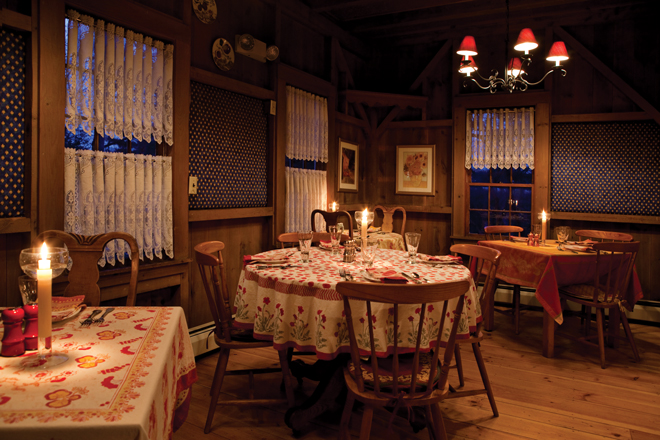 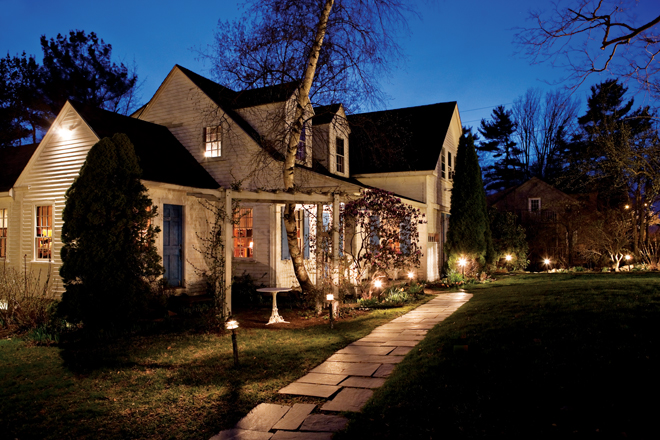 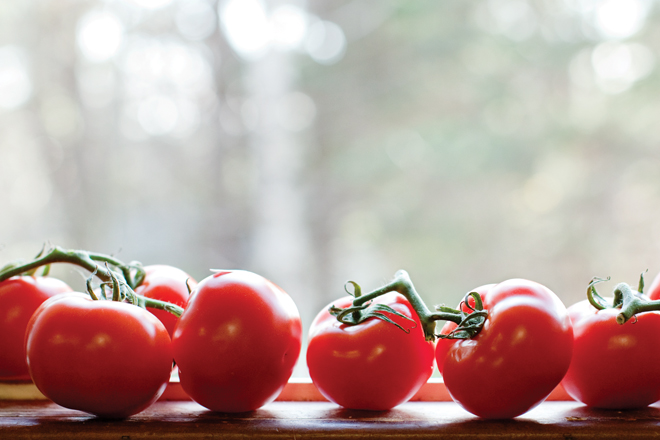 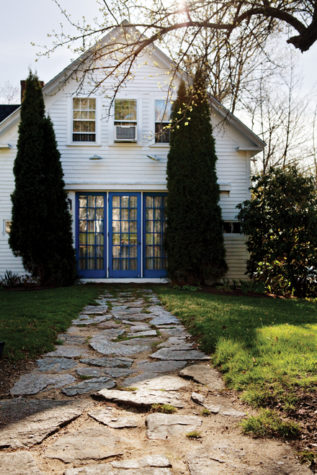 These French doors open into the dining room. 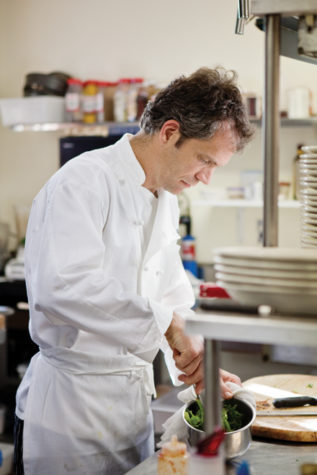 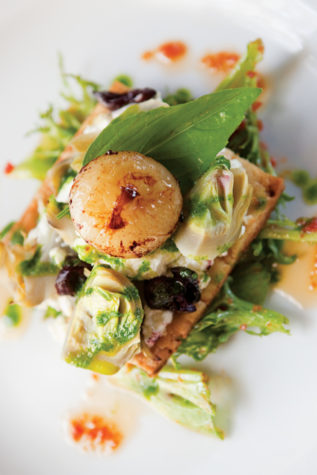 A Provenc?al goat cheese tart with Cipollini onion, artichokes, and sun-dried tomatoes, an appetizer on the bistros spring menu 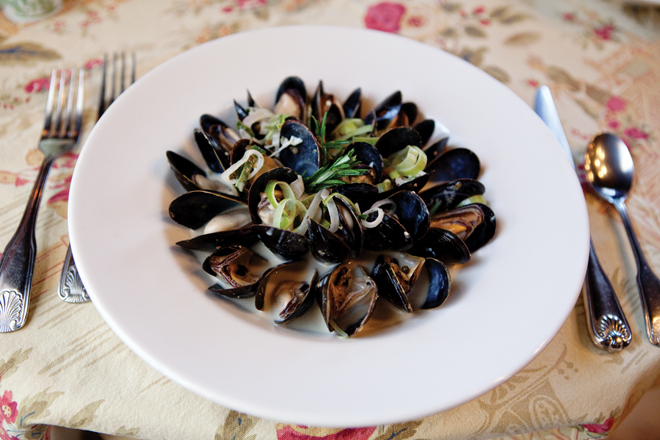 Chaudre?e de moules, a daily preparation of mussels served with a Provenc?al flair 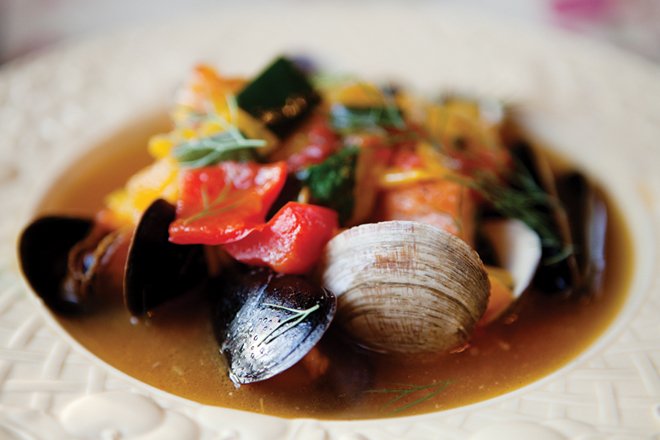 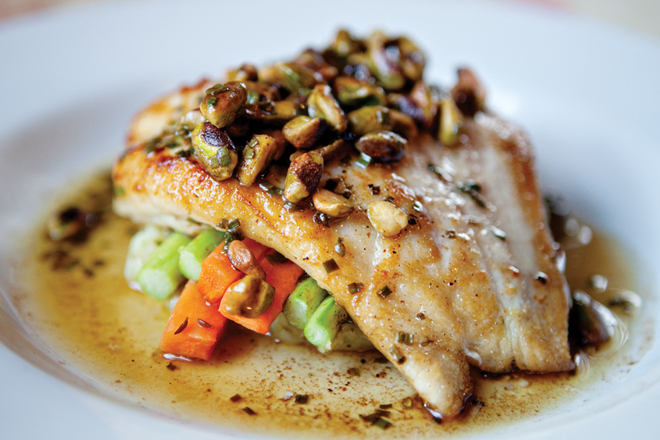 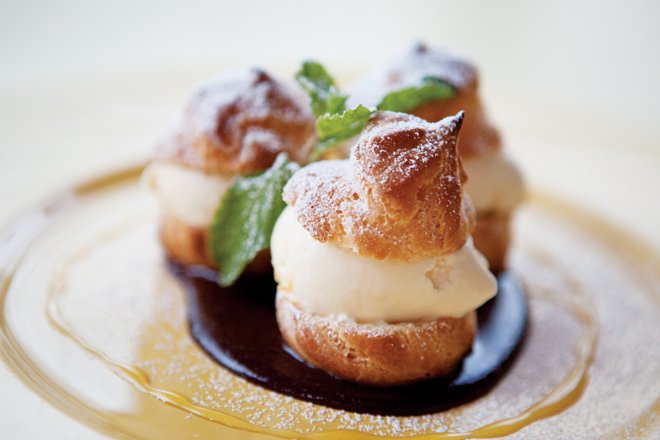 Hundreds of restaurants line Route 1 in Ogunquit. Samantha Hoyt Lindgren goes inside the 15-year-old restaurant you probably haven’t heard of.

On a cool April afternoon, with a handful of tomatoes glowing in the open window, the kitchen at 98 Provence is gearing up for evening service. Chef Pierre and his two sous chefs polish up their mise en place, check that their parsley is chopped, their oils are full, saute pans at the ready. A glistening John Dory is expertly fileted. The KitchenAid whirs maniacally, beating butter, eggs, and sugar into something sweet. A quart jar of local honey waits on the counter. The mood is calm, but expectant, purposeful.

The restaurant recently opened for the season and was rewarded with a dining room full of regulars, who had been waiting patiently for their favorite restaurant to re-emerge from its winter hiatus.

Along the southernmost edge of Maine there are some heavy-hitters: Arrows, The White Barn Inn, Blue Sky on York Beach. But ask those in the know and they will tell you about 98 Provence. Ogunquit is a densely packed seaside town, and nestled among its New England capes is a charming white cottage with a secret to share. Johanne Haseltine, her brother Pierre Gignac, and his wife, Lisa Stratton, have fashioned their own little corner of Provence.

Fifteen years ago, Haseltine, a Canadian transplant, and her husband, Hez, bought the building at 98 Shore Road. Hez was the manager at another Ogunquit landmark, Barnacle Billy’s, but had always loved the building. It was a neighborhood breakfast joint with a loyal following when they took it over. To head up the kitchen, Johanne brought her little brother down from Montreal, where he had been cooking for a decade. Along with Pierre’s wife, Lisa, who also worked in the restaurant business, the four proceeded to renovate the building while still serving breakfast. After a generous renovation, greatly expanding the kitchen, they converted their breakfast service into dinner.

Chef Gignac sees many similarities between coastal French food and that of New England. Gignac says, “I believe all the modern cuisine is based on Provençal cooking, even Escoffier was from the south of France.” While he considers his menu to be traditional in style, he allows himself to take liberties with the idiom. He draws ingredients from the North African vocabulary such as couscous and brick, a phyllo-like pastry often used in France, which he stuffs with game in the fall or strawberries in the summer. He borrows risotto from southern Italy (“France was occupied by the Romans for so many years,” he says). One of Gignac’s mussel preparations—and mussels are always on the menu—is flavored with chervil, a traditional French herb, and lemongrass, a mainstay in Thai food, which Haseltine compares to citronelle, another classic Provençal taste.

The menu changes three times a year at 98 Provence. Gignac uses what is in season, not just because it’s what tastes best, but also because it’s the Provençal way. Provençal cuisine is traditionally simple, driven by ingredients more than technique, a remnant of its roots in peasant culture. At the restaurant you find a fisherman’s soup, or marmite du pecheur chock full of shrimp, mussels, clams, and fish with peppers and fennel and flavored with saffron and Pernod. The dish is Gignac’s riff on bouillabaisse, but he prefers to emphasize its Italian influence.
Whatever you call it, it is one of their most popular dishes. Attempts to remove it from the menu have been met with protest. Seafood is plentiful on the 98 Provence menu, only fitting for a kitchen just yards from the Atlantic Ocean. “There’s this bounty of good local fish out there,” Gignac says. “Skate wing is probably one of the best.” Hake, striper, scallops, and the once abundant cod also make appearances. But the menu is by no means limited to seafood. On offer is a Burgundian-style coq au vin, a grilled duck breast with tapenade, and a lamb loin stuffed with black trumpet mushrooms, in addition to another menu perennial—a veal mignon with wild mushrooms and applewood-smoked bacon. A well-matched wine list changes frequently to reflect the seasons, and to take advantage of unique wines from smaller vineyards in France.

Mid-December the restaurant closes for three months. The kitchen is scoured from stem to stern, and the family members take time to travel. Haseltine heads to the French Caribbean to unwind and sample the cuisine. Gignac and Stratton do travel back to Montreal, but with the birth of their daughter six years ago they’ve scaled back their trips. Instead Gignac teaches cooking in private homes, and at Stonewall Kitchen in York, where he teams with farmer and purveyor George Carpenter for farm-to-table classes. Carpenter says Gignac’s reputation precedes him. “Everyone was telling me I had to go to 98 Provence and meet Pierre.”

The restaurant dining room feels like a Provençal farmhouse, from the traditional brightly colored tablecloths and napkins to the exposed wood beams and wood floors. Haseltine is determined that the space be welcoming and relaxed, a casual alternative to more formal neighbors. Scattered through the restaurant is a series of roosters, the national emblem of France. “We started with just one rooster and over the years our customers have brought us  more,” says Haseltine. The cheery creatures add a splash of color to the space and add a jaunty air to the comfortable feel of the room. Their growing number attests to the joie de vivre at 98 Provence.