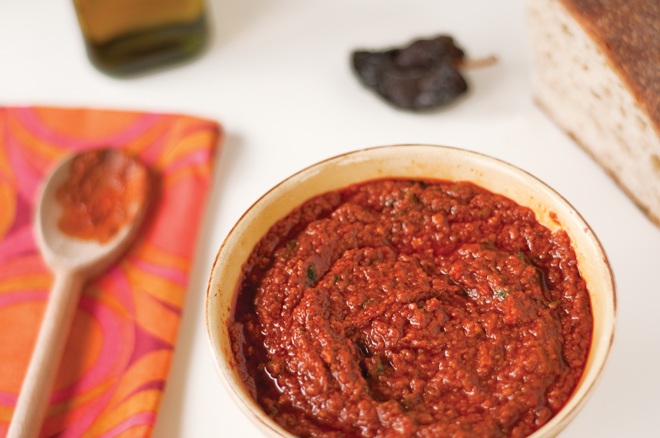 Bread is just flour, water, salt, and patience. At Tim Semler and Lydia Moffet’s bakery in Brooksville, the bakers add the labors of love.

I arrive in Brooksville, greeted by a chorus of woodcock and peepers in an otherwise still night. I drive the deserted coastal road to Tinder Hearth, a village bakery without much of a village, home to seven bakers who are also a band of musicians. On Sundays in the summer, they host an open mic in their barn—and the baking and singing seep late into the night. The bakery sits in an old, sprawling farmhouse with a warm oven at its center. The house smells of rising dough and toasted wood.

Tim Semler and Lydia Moffet began with an outdoor, homemade, wood-burning cob oven, set away from their house. On the wettest and coldest of days, they would run hot bread across the field and into the house to be bagged and sold in and around Blue Hill. Then Tim built a bigger oven, closer to the house, but the same problem arose. So they asked the town for a loan to build a true bakery with a mother oven, indoors, which they now affectionately call Svetlana.

Svetlana is a traditional Italian design, made with red bricks, a deck for 30 loaves, and storage for split wood underneath. In the center of the room is a high wooden table, where the dough is cut and then shaped. Beside the table is a stationary bicycle that grinds the wheatberries.

I ask Tim if the bakery provides for its workers, he says, “It’s a terrible way to make money. A wonderful way to make a living.” We talk about how the Depression seems to have never really ended here, how people escaped much of the  commercialism, and, as a result, never lost the ability to take care of themselves with very little.

Tim and Lydia and Bridgette, Rachel, Zach, Erica, Nathan, Lake, and Brian share the responsibilities of the business, providing naturally leavened bread to the community, a commodity that is so essential to life, it can be bartered for just about anything. Although bread is nothing more than flour, water and salt, the process by which a baker feeds the starter, kneads the dough, tempts its rising and orchestrates the heat of the oven in which the bread will bake is more than a science. It’s also an art and a labor of love.

Tim and company bake with finesse—with a practiced hand and monastic-like care. “Every time it’s different,” he says as he rakes the coals across the oven’s floor. Bread is a living thing and cannot be duplicated. Very few bakeries across the country still bake bread in this way because it’s incredibly time consuming and has no format. No two loaves are the  same; each is distinctly gratifying.

The Lebanese poet Kahlil Gibran once wrote, “Work is love made visible.” Those living and working at Tinder Hearth have created a space in which love, life, and work are one in the same. I think that’s something we can all admire.

Leftover bread goes well with Romesco, a Catalan sauce that pairs splendidly with anything off the grill—meat, fish, or potatoes. It can be made ahead of time and applied liberally to the simplest of foods. The bread absorbs the taste of almonds, garlic, chilies, and lemon, pronouncing the flavors of each.

Heat the oven to 350 degrees. Fill a teakettle and bring to a boil. Pour water over the stemmed, seeded peppers and let hydrate in a bowl for 15 minutes. Place the nuts on a sheet pan and toast in the oven for 10 minutes or until they begin to brown. Add two tablespoons of the olive oil to a skillet over medium heat. Fry the bread on both sides until it absorbs most of the oil and turns golden brown. Remove bread from pan and set aside. Drain the chilies and add them to the frying pan. Cook in remaining oil for 2 to 3 minutes. Add the whole tomatoes and cook until the liquid is thickened. In a food processor, grind nuts, garlic, and bread to a coarse meal. Add the tomato and chili mixture. With the processor running, slowly add the remaining olive oil in full. Toss in parsley, lemon juice, and vinegar and generously salt and pepper to taste. Give the mixture a couple more pulses and it’s finished.