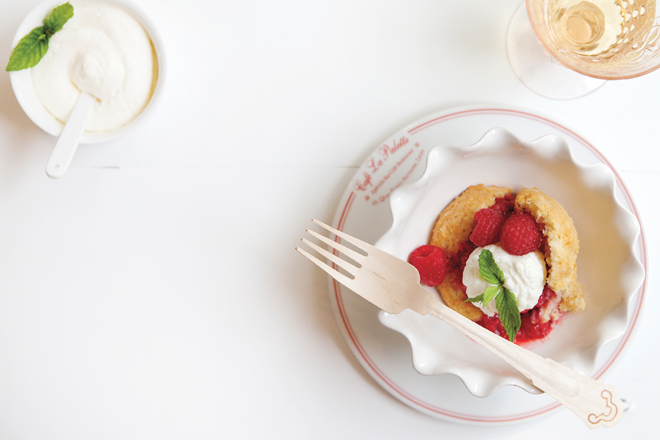 At 10 a.m. on a Friday, I pulled up to a row of converted industrial warehouses on Anderson Street in Portland. On the façade of the building in front of me was a graphic sketch of a honeybee. Nick Higgins, an employee of Maine Mead Works, opened a heavy door, and I was engulfed in the sweet smell of fermenting honey. After a brief discussion about whether or not 10 a.m. is too early to start drinking, he walked me through the process by which honey and water are turned into mead.

A series of golden tubes wound around the periphery of the facility, their contents as memorizing as a lava lamp. I learned that the initial combination of honey and water is called a “must,” and as it is pushed through the tubes, the yeast consumes the honey’s sugar, producing carbon dioxide and alcohol. The product is then set to rest in tanks and barrels until it has reached maturity, at which point it’s fed into slender-necked bottles and sealed shut with a handheld bottling device. In a space of no more than 1,000 square feet, the company produces between 500 and 700 bottles a week.

At the tasting bar, which is open throughout the week by appointment only, we sampled all seven of their products, each sublime in its own right. These include strawberry and blueberry honey wines that use locally grown, sustainable fruit, and semi-sweet, dry, dry-hopped, and lavender meads, as well as a special-reserve mead that was crafted in bourbon barrels for the company’s one-year anniversary. The honey is 100 percent Maine wildflower honey sourced from Aroostook County.

The owners—Ben Alexander, a technology entrepreneur, and Eli Cayer, a beekeeper—set out to revive the ancient drink, while using cutting-edge technology to enhance the process and, of course, the taste. They joined forces with Dr. Garth Cambray, an award-winning mead maker from South Africa, to develop a “continuous fermentation process” that accelerates the conversion of sugar so that it takes only a couple of days. The more traditional “batch fermentation” method takes up to six months, with results that are not nearly as consistent. Maine Mead Works is one of three operations in the world that uses continuous fermentation, allowing this year-and-a-half-old company to sell products that are aged to perfection. Their meads are not too sweet, as mead often is. In fact they are surprisingly dry and balanced. In other words, a really great way to start the day.

1 Heat the oven to 375 degrees. Whisk together the flour, cornmeal, baking powder, salt, and baking soda in a large bowl with one tablespoon of sugar. Work the butter into the flour mixture with your fingers until it resembles coarse meal.

2 In a small bowl, whisk together the buttermilk and ⅓ cup of the heavy cream. Pour the buttermilk mixture over the flour mixture and, using a rubber spatula, stir the ingredients until the mixture comes together. Turn out the dough onto a well-floured surface. Roll gently until a ball forms, adding a little flour if the mixture is too wet to handle. Work lightly until mostly consistent in texture. With a pastry cutter, divide the ball into eight wedges. Grease a cookie sheet and place wedges on top. Bake for twenty-five minutes or until golden brown.

3 In a saucepan over medium heat, combine raspberries, lavender mead, and two tablespoons of sugar. Reduce until raspberries begin to break up and you are left with a syrup-like consistency.

4 Whip remaining 1 cup cream with remaining one tablespoon of sugar and vanilla extract. Serve biscuits with a spoon full of raspberry mead syrup, a dollop of whipped cream, and a sprig of mint.