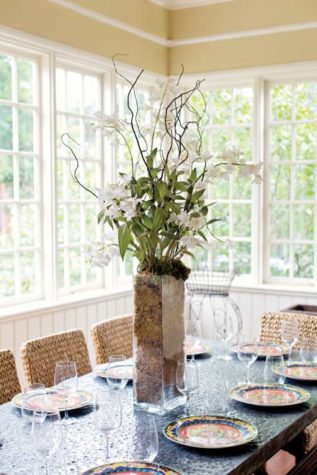 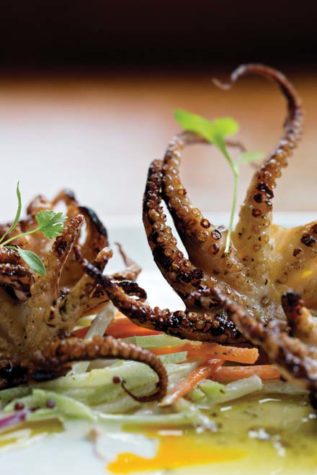 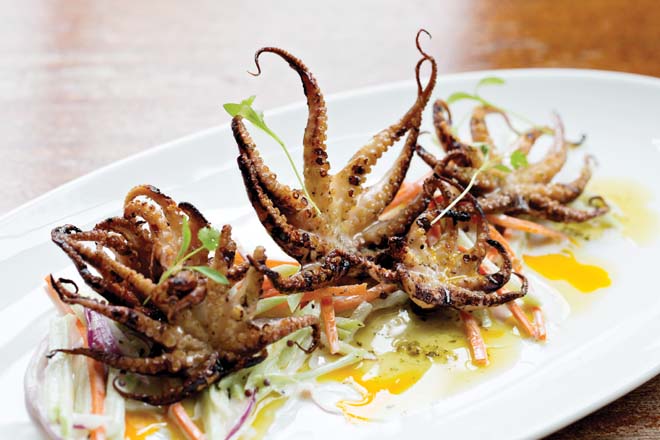 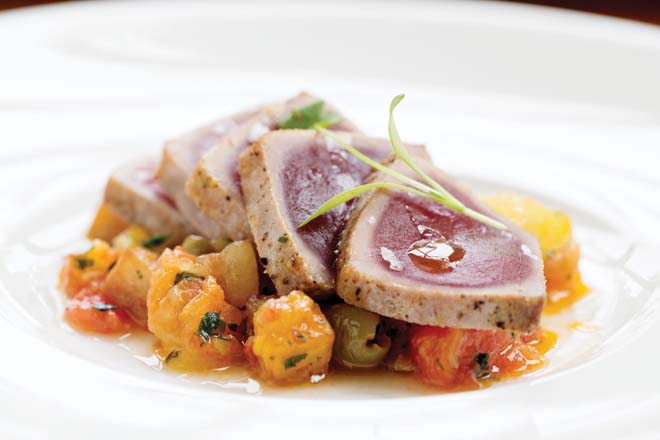 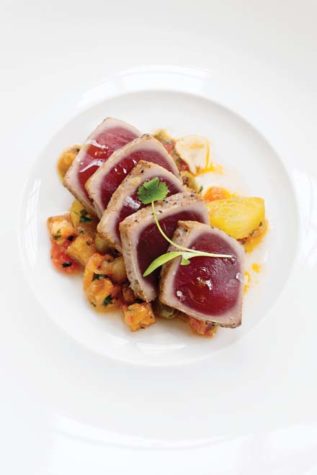 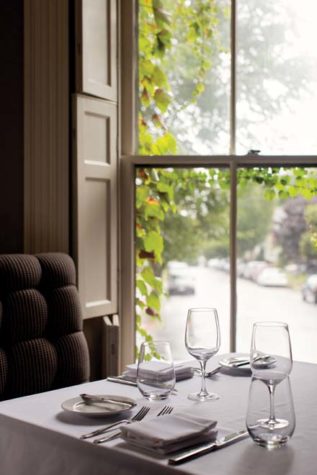 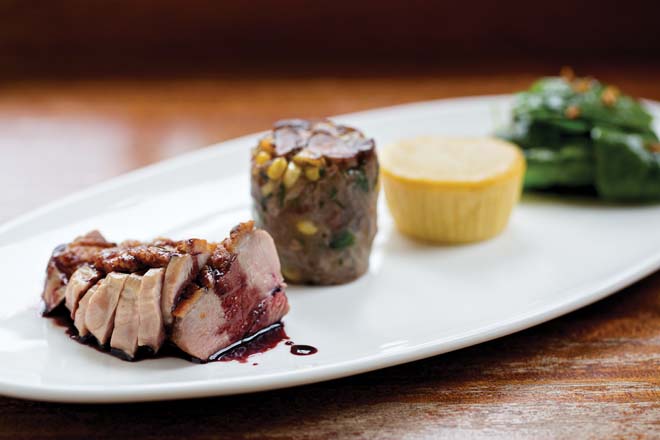 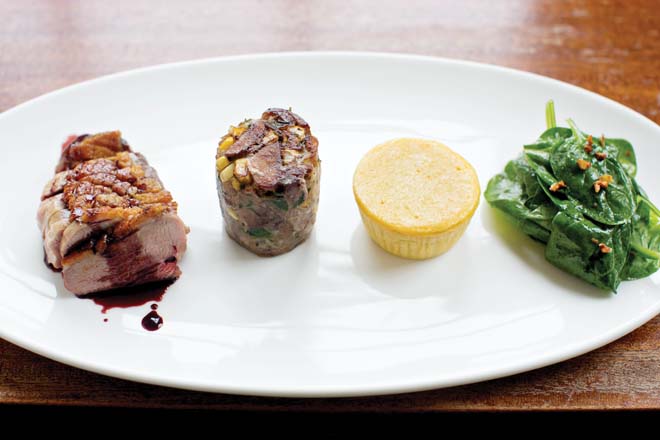 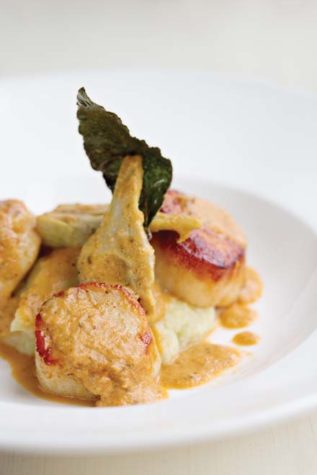 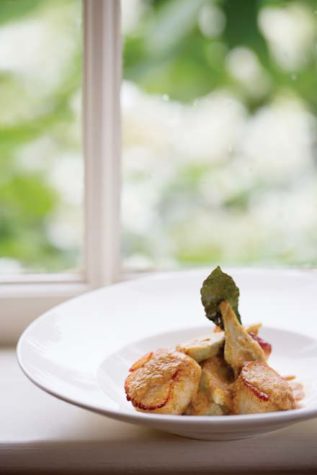 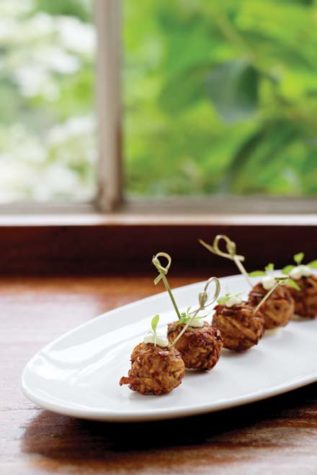 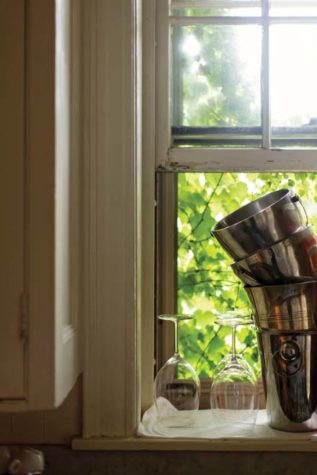 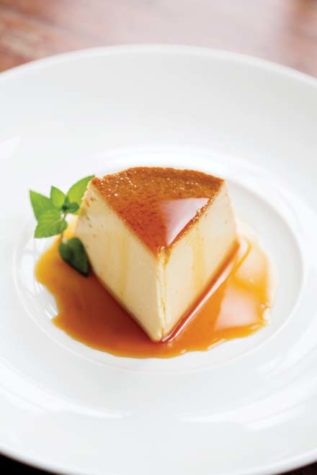 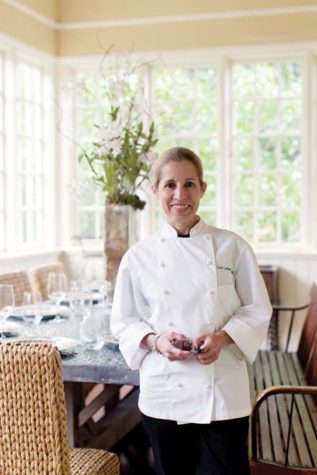 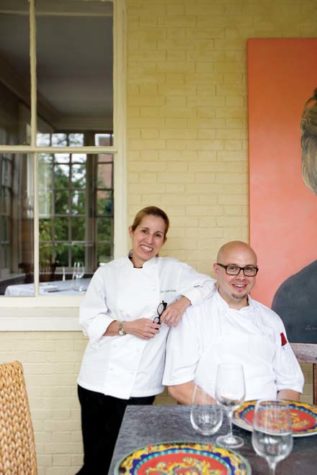 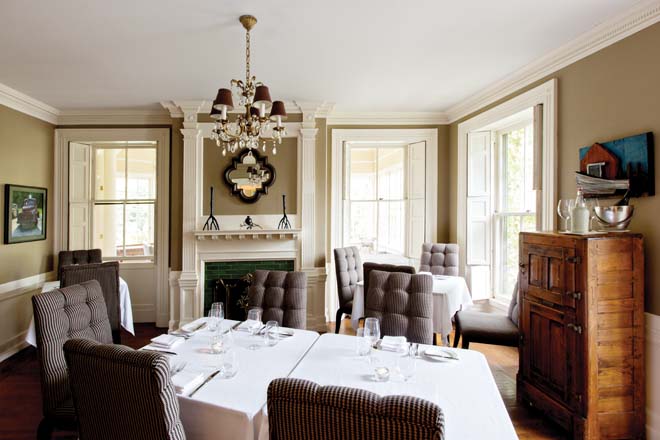 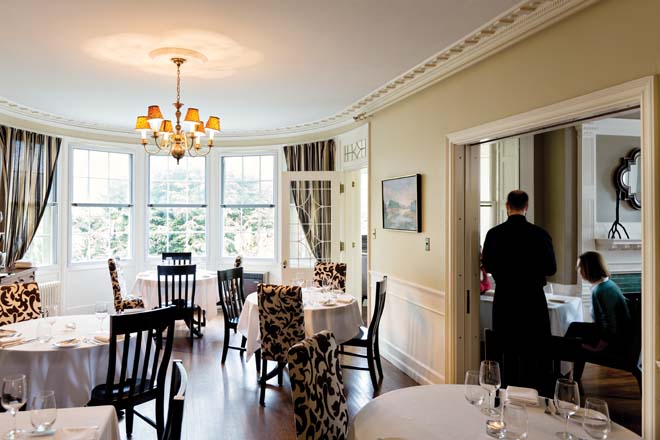 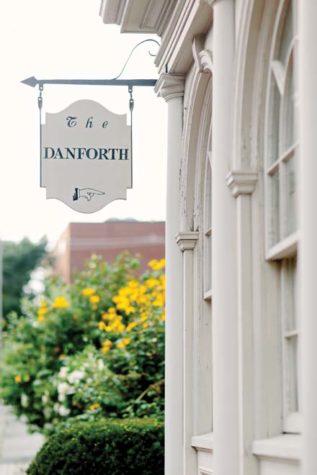 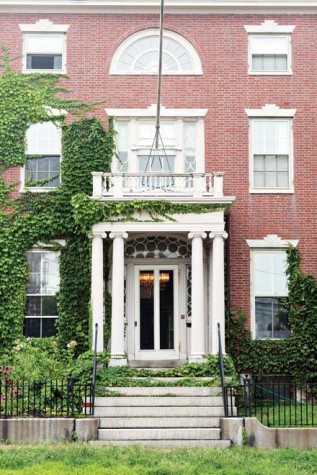 Nestled into a quiet street on Portland's West End, The Danforth has been completely transformed on the inside 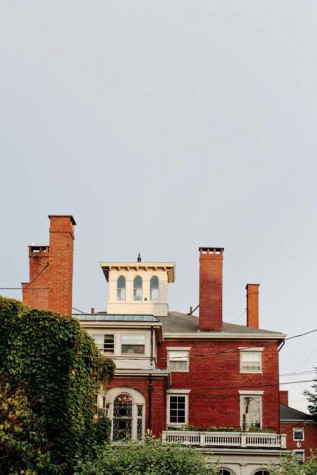 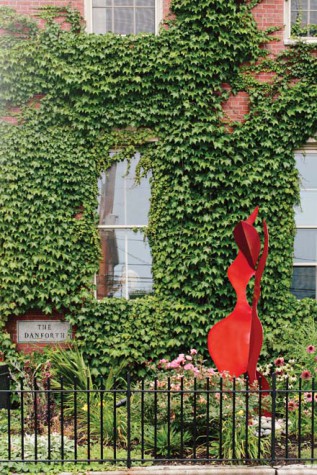 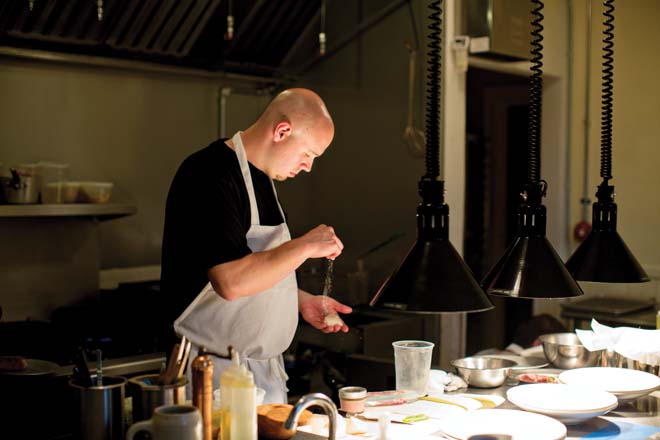 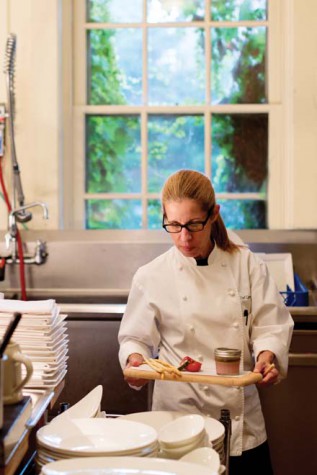 Chef Carmen González deftly negotiates the tight quarters of the kitchen at The Danforth.

Carmen at The Danforth

On my most recent visit to Carmen at The Danforth in Portland, there was a brief moment—while sampling some of the most tender and flavorful grilled baby flower octopus that I have ever tasted—when my mind fell into a vacation-induced trance of sorts, and I completely forgot that just outside the walls of this nineteenth-century mansion my regular day-to-day existence was waiting for me. Instead, I just focused on the smoky-charred goodness of the octopus and the crunchy slaw made from chayote squash that accompanied it, while continuing to be mesmerized by the fruity minerality of the Henri Bourgeois Sancerre Les Bonnes Bouches that paired up joyously with the dish.

This moment of forgetfulness, of course, speaks to the unique dining experience that chef Carmen González has orchestrated within the newly updated interior of The Danforth.

After many years as chef and owner of Carmen the Restaurant in Miami, and following a stint on Bravo’s Top Chef Masters that landed her in the finals, González has established her reputation in the American culinary world. Her cooking style reflects her Latin heritage, which is prominently displayed in dishes such as her Maine lobster fritters—delicate deep-fried lobster meat and sweet plantains served with a lively Key lime crema.

González, a native of Puerto Rico, set up her 40-seat operation in Portland after an offer from Kim Swan, a longtime friend and the proprietor of The Danforth. After purchasing the inn, Swan knew it would be a prime location for a restaurant, and after joking around with González about the concept for three years, the two decided to make a go of it in January 2012. The first floor was transformed into several elegant dining rooms, which included converting the sunporch into a special “chef’s table” that González considers to be one of the most unique dining experiences in the city—in no small part due to the unique furnishings used in the room.

“Kim and I visited Portland Architectural Salvage days before the opening and found the actual chef’s table there, along with the bench out of an old church. Our bar comes from there too,” continues González. “I walked in and said ‘We have got to have this.'”

The bar is the first thing customers see upon entering the dining room. Sitting atop the bar are two special bottles of Bacardi rum—one is an original bottle from Cuba, still bearing the old Casa Bacardi label, and the other is Baccarat crystal made especially for the distillery’s Centennial. The Bacardi family, for whom González previously worked as national chef ambassador, personally gave both bottles to her as a gift.

Each little detail is seen to, whether it’s the artwork hung throughout the dining room and salon by Gleason Fine Art in Portland, or the solitary sprig of cilantro that garnishes each square of butter given to the table during bread service. When asked how her approach to her Portland menu differs from her previous restaurant, González replies, “Over the years, since my restaurant in Miami, my vision of a restaurant and my food has evolved tremendously. I don’t think it is so much that my approach is different, but how I create and develop dishes has definitely changed.” When asked about the upside of working in Maine, her response is simple: “At my previous restaurants, I would ship my favorite Maine products to Miami and New York, and now they are right outside my door! This is the first time I have done something so small and intimate, which is wonderful as it allows me to create things that are not always easy to execute in larger establishments.”

When I think about dishes that are not easy to execute, González’s seared diver scallop appetizer comes to mind. The scallops are cooked to painstaking perfection and served resting on corn polenta flanked by buttery wedges of avocado, juicy tomato, and red onion. While all the ingredients are simple, the flavor harmony is truly complex—it’s a dish that is far more than the sum of its parts. Another standout is González’s Rohan duck breast. Served alongside a roulade of meltingly tender braised duck leg and pillowy corn flan, the dish will make you forget all your problems. To maintain this Zen state of mind, I recommend following the duck with an order of freshly fried churros drizzled with warm chili-spiked chocolate sauce.

González gives a lot of credit to her executive sous-chef, Luke Aberle. “He was the first person I interviewed for the position and, as soon as I met him, I knew he was the right person for the job,” González says. “His talent and dedication to the kitchen, food, and the restaurant itself is remarkable. Plus, he makes my life a lot easier.”

A menu of this caliber demands an equally impressive wine selection, a process that has been meticulously overseen by González and Jen Flock, her resident wine consultant. Together they have compiled an impressive list, with eclectic selections such as Chateau Musar Blanc from Lebanon, and more hard-to-find bottles such as the Felsina Lost Highway red blend from Tuscany (only a couple hundred cases were ever produced). González also plans to compile a library of vintage Madeiras, wine that will pair perfectly with her desserts. Stemware appropriate for the task is an element of wine service that is frequently overlooked, and I was pleasantly surprised to enjoy my worthy cabernet sauvignon in a glass with ample room for swirling. (Yes, I’m that guy; I’m not ashamed to admit it.)

In addition to running Carmen, González is also launching a Spanish-language cooking show La Chispa de Chef Carmen González, which will air on cable channel Casa Club TV starting in September 2012. Despite her hectic schedule, she continues to maintain that what is most important is having fun in the kitchen. I can personally attest that her philosophy is evident in every bite.