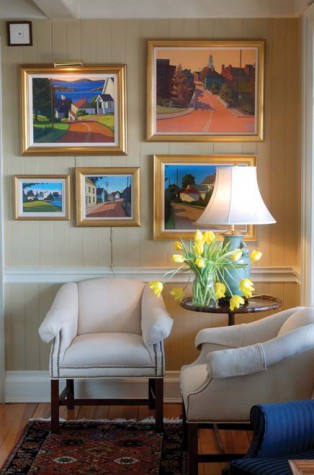 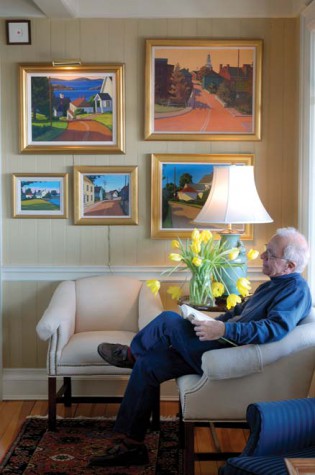 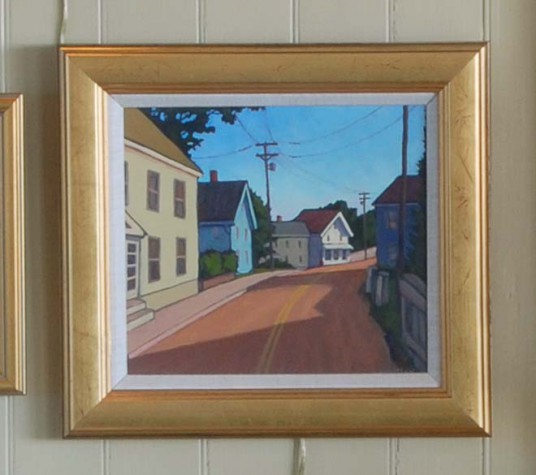 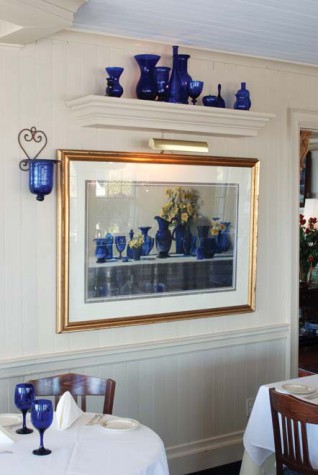 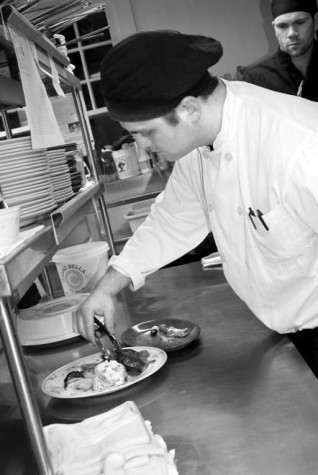 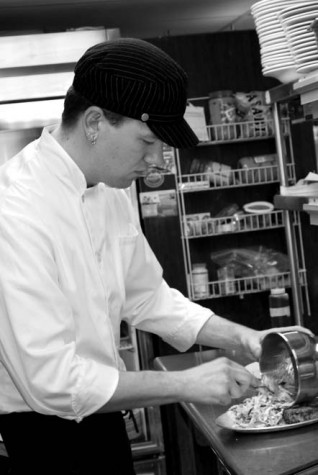 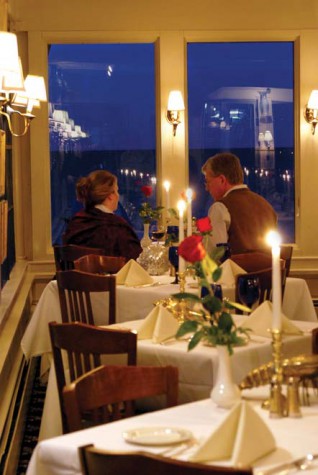 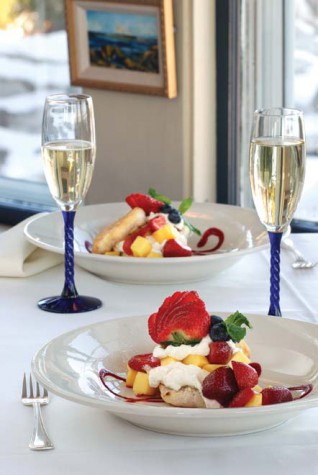 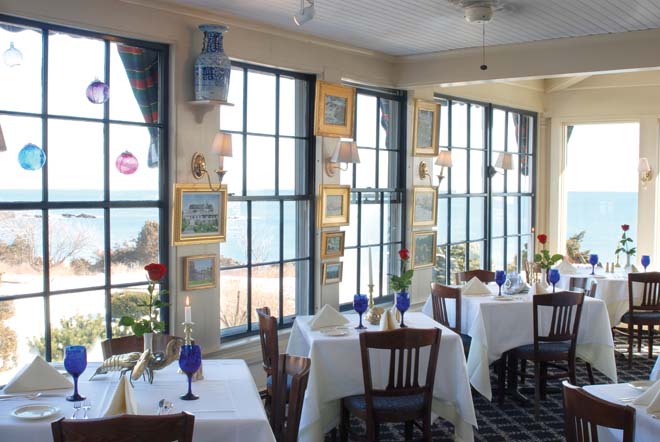 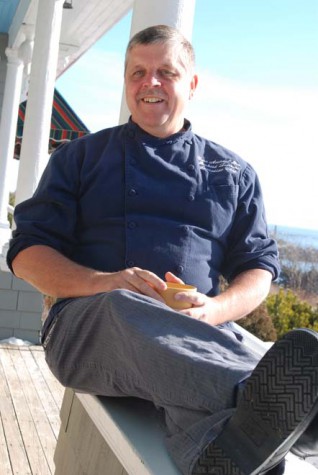 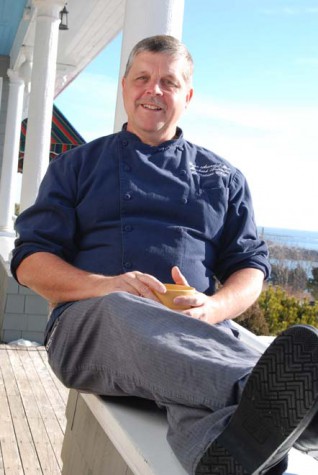 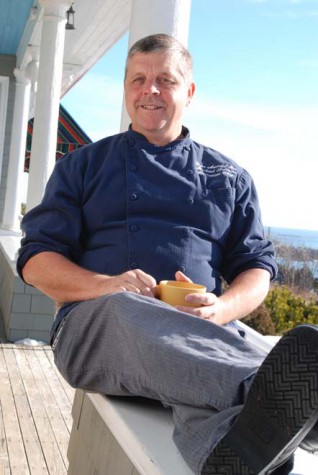 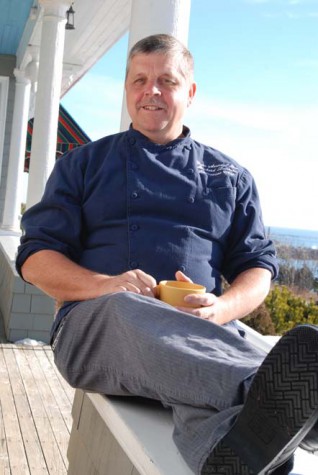 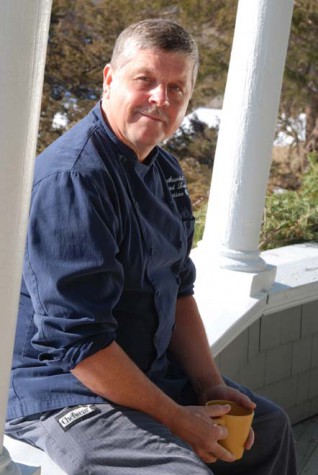 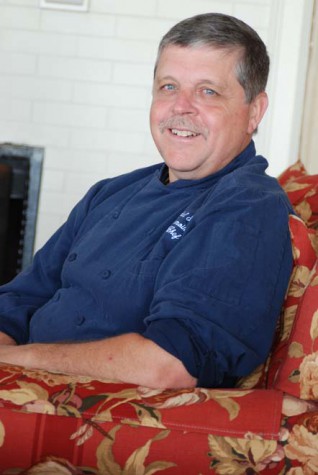 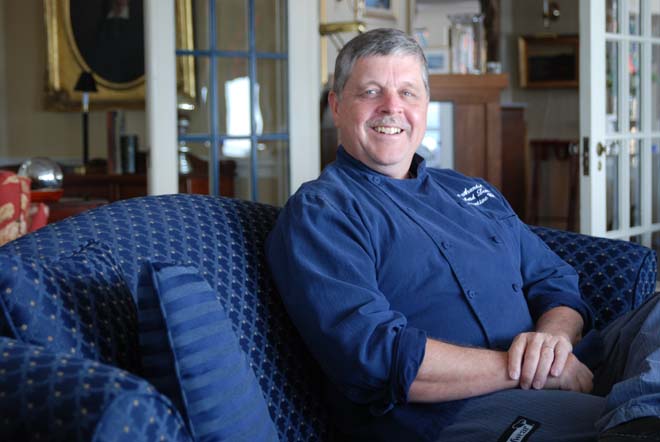 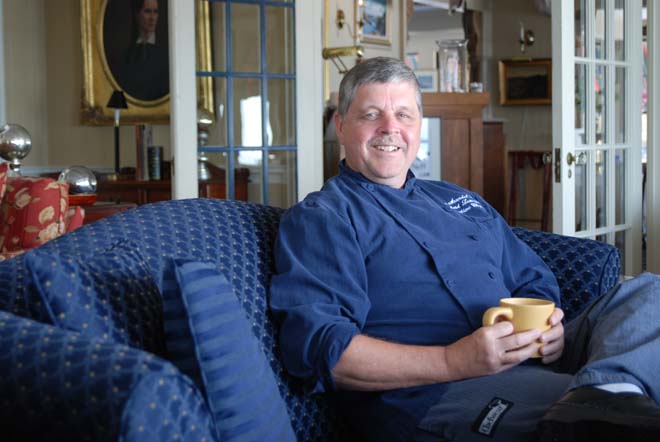 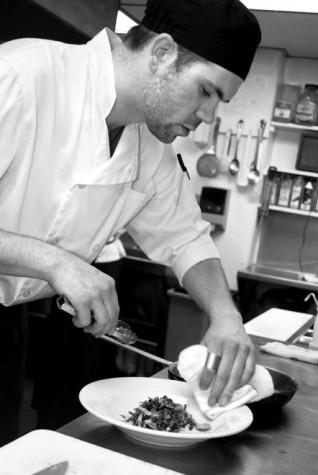 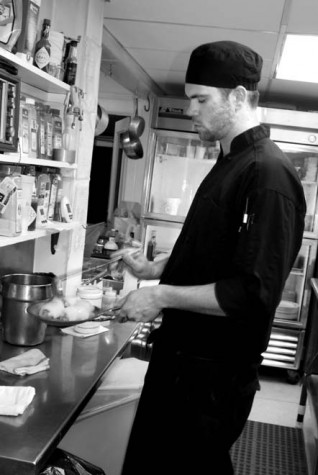 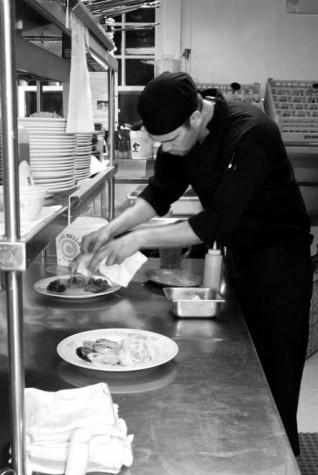 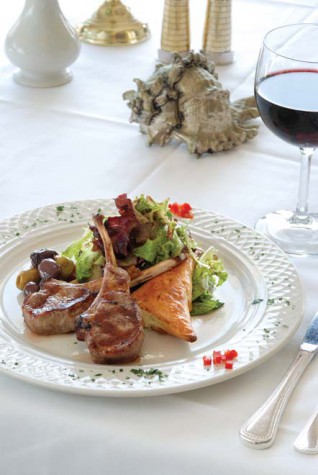 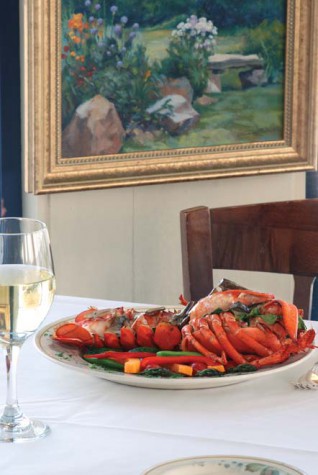 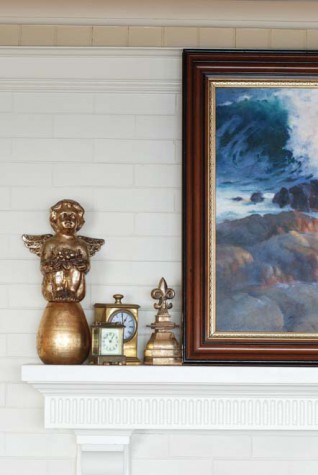 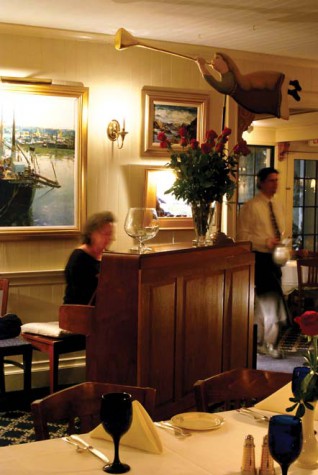 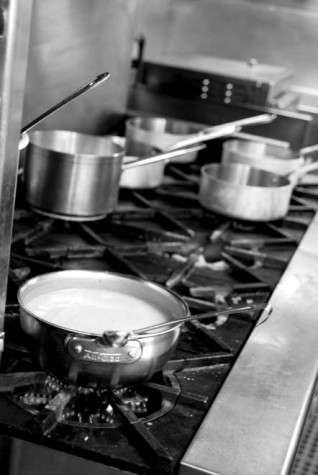 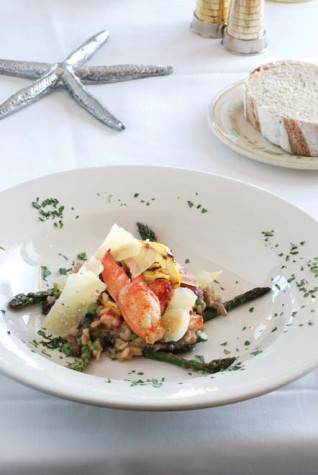 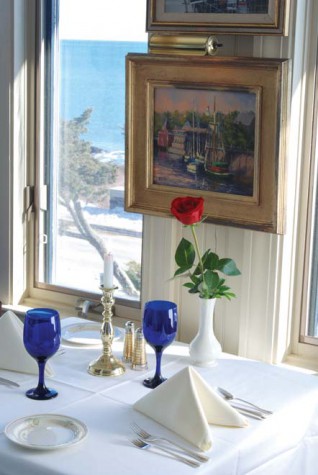 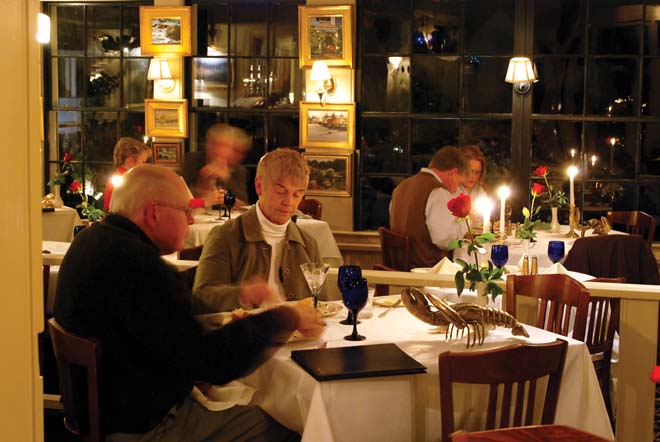 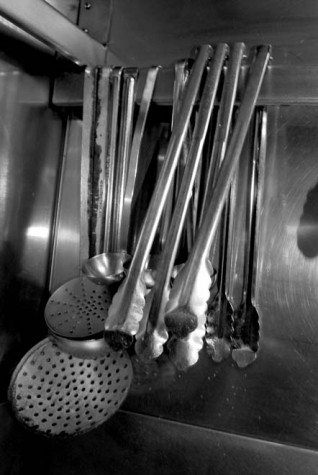 A Palette for the Palate

A few short miles from Kennebunkport’s summer-jammed town square is a sublime stretch of shoreline known as Cape Arundel. It is a paragon of the Maine coast. The very features that made it unappealing to local farmers and fishermen in the 1800s—hilly, craggily land and a rocky shore with no safe harbor—make it ideal for sprawling summer cottages with expansive views of the raucous Atlantic. In the heart of this mostly residential enclave, in a converted circa-1895 Shingle Style house, sits the Cape Arundel Inn.

Though the Inn has existed in one permutation or another since the 1950s, and it has long held a reputation for well-appointed lodgings and fine dining, innkeeper Jack Nahil and his longtime chef, Rich Lemoine, have recently ushered the Cape Arundel Inn into a new belle époque. Nahil has filled the building with a striking art collection that could make small New England museums envious, while Chef Lemoine uses the dining room—with its awe-inspiring views and otherworldly seaside light—as a canvas upon which to create epicurean masterpieces. Having led the kitchens at both of Nahil’s first two dining destinations—the White Barn Inn and the Salt Marsh Tavern—diners at the Cape Arundel Inn are treated to a chef at the peak of his culinary confidence.

The Canvas
After ascending the front stairs, mounting the broad, white-columned porch, and entering the front door, guests are immediately greeted by Nahil’s art collection, which reveals both sophisticated tastes—Nahil is himself an accomplished painter with a degree from the Massachusetts College of Art—and an abiding fascination with the intersection of land and sea. A harbor scene by acclaimed watercolorist DeWitt Hardy catches the eye, and among the painting’s rich shadows, fishing boats and pleasure crafts tug at their moorings. Beyond, an oil by Stonington-based artist Julyan Davis, which Nahil recently discovered at Portland’s Greenhut Galleries, conveys Maine’s stoic side with haunting allure.
In the dining room—which blends charming wood floors and wainscoted ceilings with the elegance of crisp white linen tablecloths and cobalt blue goblets—the art never distracts from the view; it accentuates it. The vibrant colors and gold frames glow against the ocean’s ever-changing hues. The dining room is anchored by a gold-framed pastel by Patty Herscher, featuring a row of bright blue vases and goblets riddled with reflections, that helped solidify Nahil’s decision to use blue as a focal point in the room. “It is so exquisitely handled for pastel,” says Nahil, “and an unusually large size for the medium.”

If there is a unifying theme woven throughout the collection, it is Maine—even the small, graceful oil by Connie Hayes looks as though it could be a road rolling through a potato field in northern Maine, not the bucolic French landscape it actually depicts. Like Nahil’s art, Chef Lemoine’s menu also takes its lead from the landscape.

The Creations
Rich Lemoine first met Nahil when he was hired more than two decades ago at the restaurateur’s now internationally renowned White Barn Inn. The pair became fast friends and have enjoyed a long and productive relationship. “We can almost read one another’s minds,” Nahil quips. “I trust Rich implicitly.” Lemoine says his best friend, who is also the godfather of his children, is one of “the most refreshingly honest people” he has ever met.

Lemoine’s training began at home, where he remembers toiling in the kitchen from the young age of ten. By the time Lemoine became Nahil’s executive chef, he had attended culinary school outside Boston and worked in several respected kitchens around the country, including Ogunquit’s historic Cliff House.

Today, Lemoine’s menus are grounded in traditional New England fare, but his preparations feel wholly contemporary. His lobster stew, for instance, is enlivened with a drizzle of truffle oil, while his crab cakes are broiled with a layer of panko (Japanese breadcrumbs) and served with a sweet chili rémoulade and warm tricolor slaw.

Working from scratch is a must in Lemoine’s kitchen—he creates the stock for his lobster stew every week by boiling lobster shells in a 25-gallon pot. “That homemade stock makes all the difference,” he says, his voice rising with excitement. “It tastes like pure Maine!”

When Nahil watches Lemoine in the kitchen, he can’t help but draw a parallel between cooking and art. “Observing Rich ply his craft is like watching an artist create a canvas,” he says. “He has a concept and then starts solving the problems of composition, color, texture, and taste to come up with a finished piece.”

Lemoine admits to feeling a bit artistic when creating soups or bisques. “There is no recipe,” he says joyfully. “I just have my basic ingredients…and then I cook by feel, adding and subtracting as I go.”
“Rich is a Cézanne of the kitchen,” asserts Nahil, adding to his analogy. “His food is friendly and approachable but very well thought out and executed.”
People often ask Lemoine why, after such a storied cooking career, he doesn’t have his own restaurant. “I tell them that working with someone like Jack makes me feel like I already do,” he says. And then, of course, Lemoine couldn’t ask for a more rarified patch of land upon which to showcase his creations.

Location, Location, Location
While many Maine eateries are situated on tidal rivers or harbors, the Cape Arundel Inn is perched atop a little seaside knoll and commands unrestricted views of the open ocean.
At dusk, when the day grows quiet, diners can hear the hypnotizing hum of surf crashing upon the jagged rocks below. The sensation feels a bit like living inside one of Winslow Homer’s epic seascapes—the horizon stretches out like taffy and the sky appears endless.