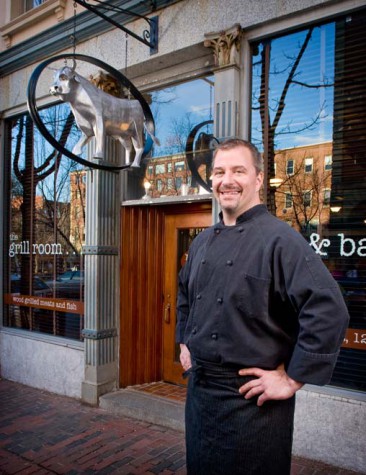 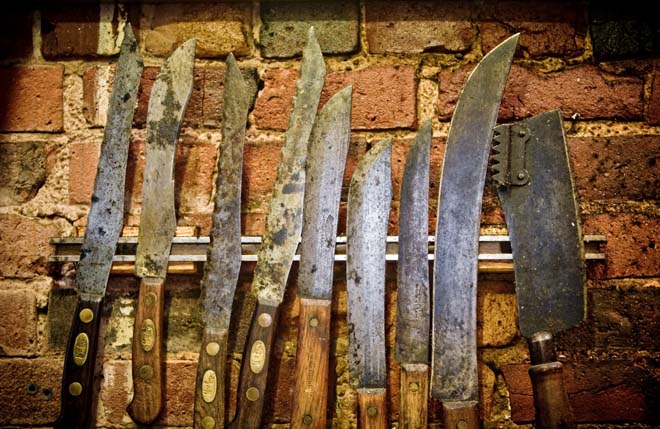 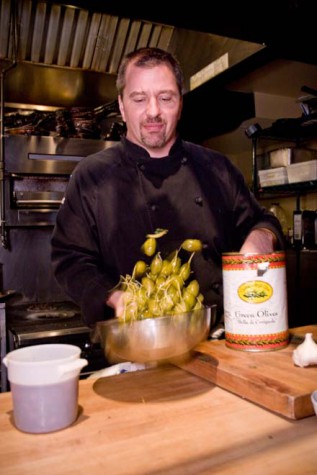 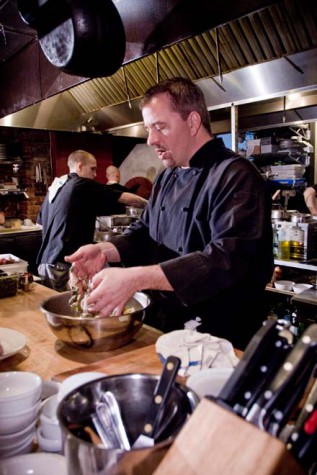 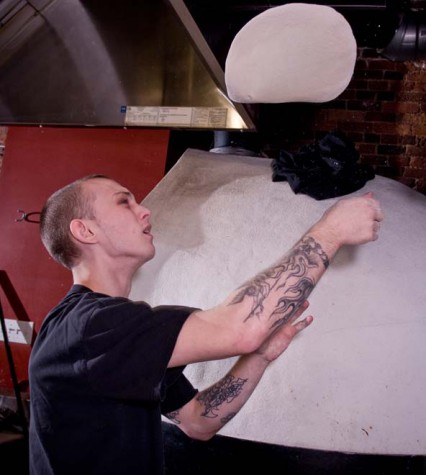 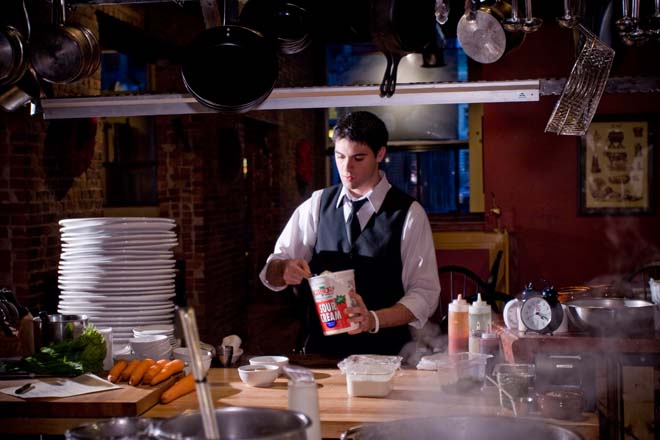 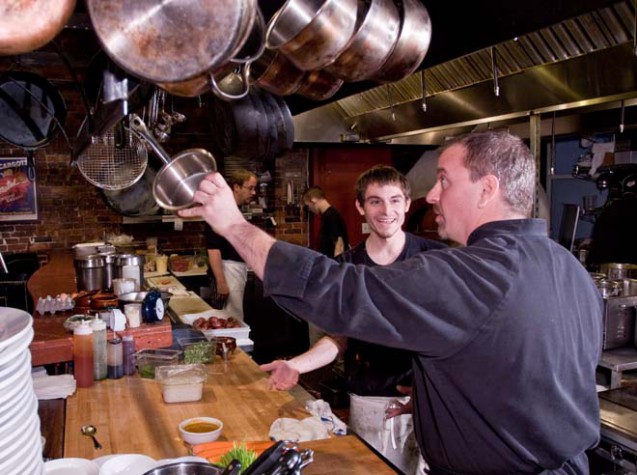 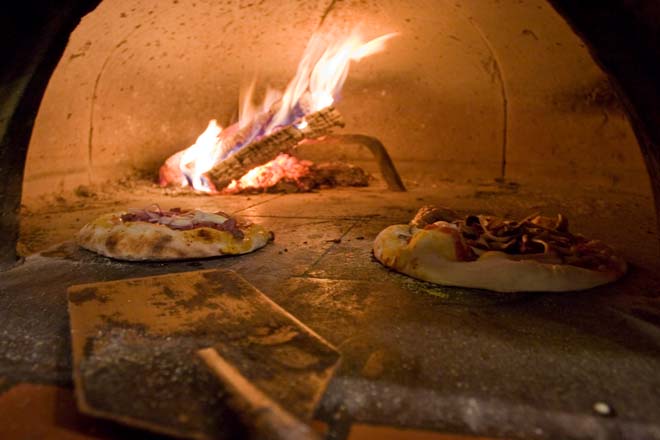 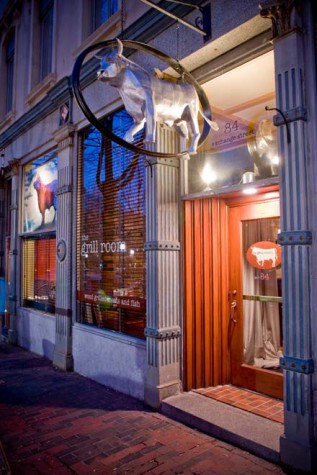 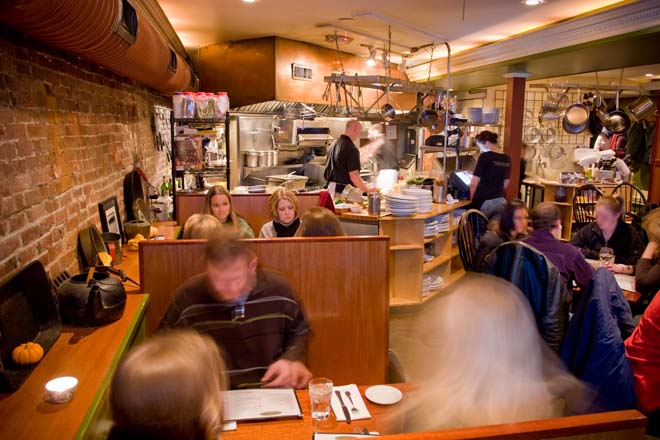 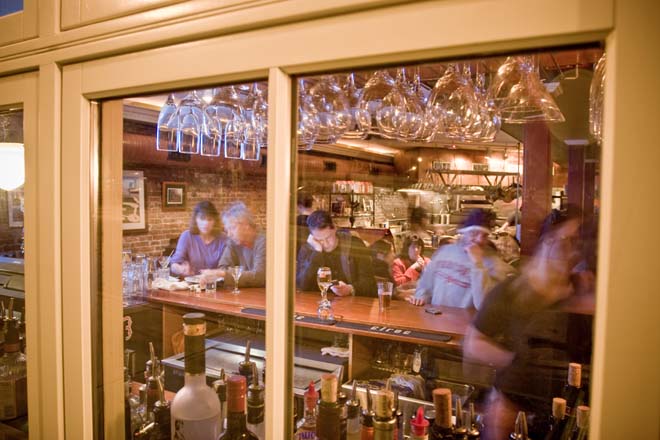 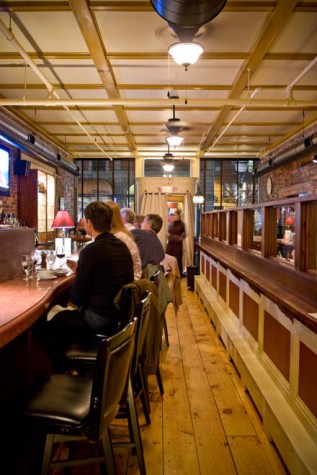 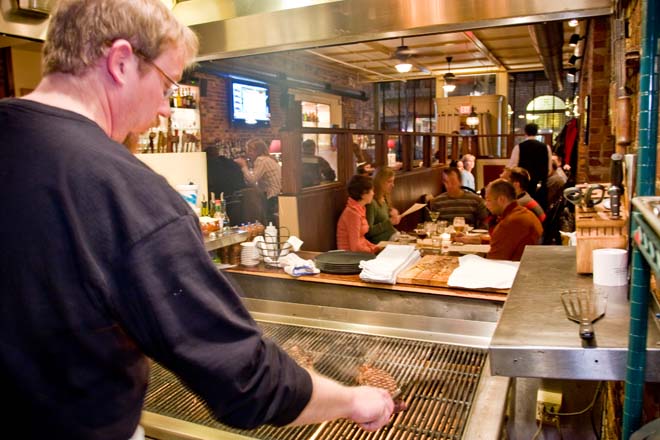 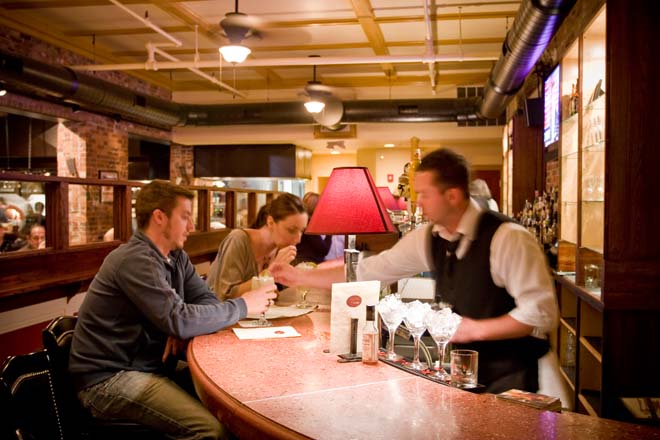 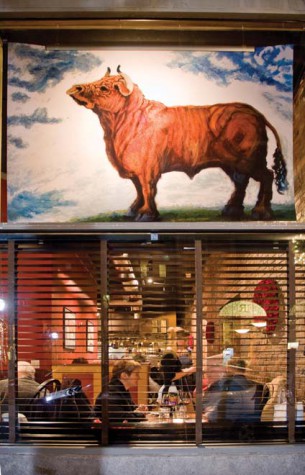 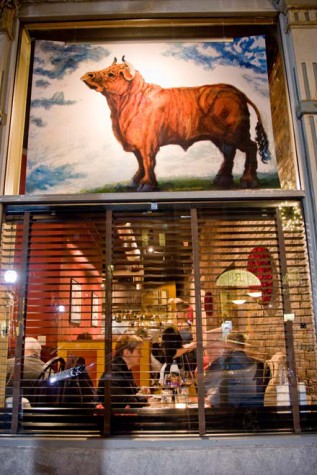 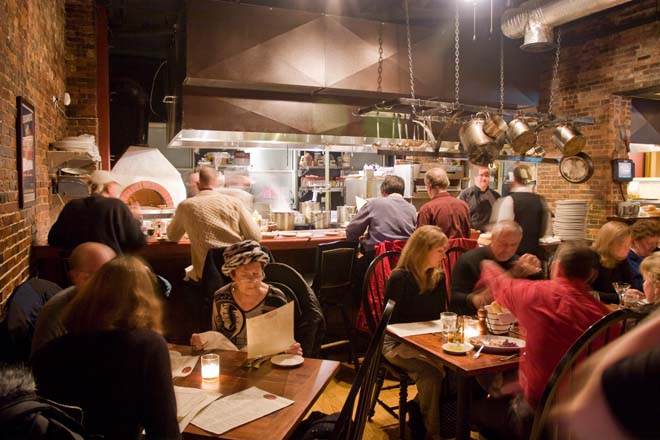 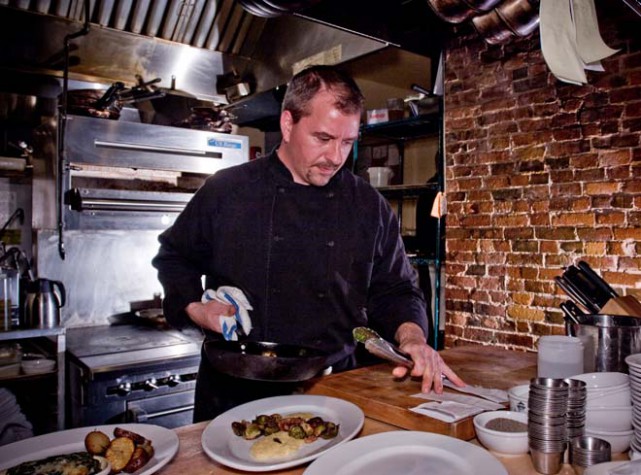 Rooms at the Top

Chef and restaurateur Harding Lee Smith is on a mission: he’s determined to give comfort food a new image. “I’ve always been interested in high-end food that’s casual and affordable,” says the Maine native. “You should be able to go out for great food without having to worry about your credit-card balance.” Smith, who went to Deering High School and graduated from Boston University, made the conscious decision to experiment with his personal food memories when he opened the Front Room, his hugely successful Munjoy Hill restaurant in December of 2005.

Smith, along with landlord Walter Juve, worked for nine months to restore the 1900s space to its original vintage beauty. The dining room is small, dominated in back by an open kitchen and in front by a bar facing the bustle of Congress Street. Its size lends the room an air of intimacy and heightened conviviality that is reinforced by attentive and knowledgeable, yet laid-back, servers.

Opening the Front Room was Smith’s way of formally announcing his return to Maine. After growing up in Portland, the chef spent eighteen years working in kitchens all over the world—from Venice to Maui to numerous points in between. He not only spent that time honing his skills, but also refining his own culinary philosophy and aesthetic. “I like bold, savory flavors,” says Smith emphatically. “I create ‘memory food’—flavors that people love from childhood.” The menu features traditional preparations of timeless dishes such as chicken and biscuits, pot roast and gravy, and baked beans and brown bread—all of which are perennial Front Room favorites. Some old standards, however, are served with a twist. Take Smith’s potato skins, prepared with creamy Fontina cheese and a hint of truffle oil, or the fried-egg sandwich with melted blue cheese and bacon.

With its back-to-basics menu and no-frills atmosphere, Smith has created an inviting neighborhood hangout for the residents of Munjoy Hill. The restaurant is also one of the few places in town that serves brunch every day, and its continually packed dining room is a magnet, not only for the residents of Munjoy Hill, but also for a coterie of fans from around the Portland area.

The Front Room’s success has continued unabated since it opened. During that time, Smith scouted locations for a second restaurant. “It seemed obvious to me that Portland needed a place where you could get a great piece of meat,” he says. “And with all the resources in the area, I wanted to use mostly local products.” When a space became available near the corner of Exchange and Middle streets, right off Tommy’s Park, Smith knew he had found the spot he had been looking for. In December of 2007, the concept for the Grill Room was born.

Though the location was perfect, the space needed extensive renovation. Again, Smith worked with Walter Juve to create an interior that would be casual and welcoming, while also evoking the grandeur of the great steak houses of the twentieth century. Craftsman Jon Sampson, who was instrumental in the renovation of the Front Room, created the Grill Room’s thirty-five-foot-long bar. Its base—along with much of the hand-rubbed woodwork—is made from old-growth elm and topped with poured, red-flecked concrete. The decor, designed by Smith, features the original coffered wood ceilings and red-brick walls that lend the space an air of clubby intimacy. Scattered across the walls are antique meat cleavers, a graphic nod to the business at hand.

Yet the restaurant’s dominant feature is its large open kitchen with wood-fired oven on one side and wood-burning grill at the other. In addition to serving a huge variety of Wolfe’s Neck Farm meats, the kitchen also turns out perfectly grilled local fish, wood-roasted organic chicken, and pizzas that quickly gained a fanatic following. The menu also features an abundant selection of salads and sides, several of which pay tribute to the classic American food of the 1950s—Brussel sprouts roasted with bacon or a Cobb salad with chicken confit topped with a fried egg. “We didn’t want the restaurant to be pigeon-holed as just a steak house,” says Smith. “We wanted it to be a place to come after work, get great food at a reasonable price, and be treated well.”

Ever on the lookout for new opportunities, Smith has recently set his sights on opening another restaurant—this one inspired by his time in Venice—where the pasta will be fresh, the oven brick, and the prices low. He has found what he believes is an ideal location—again in the heart of Portland’s Old Port—at the corner of Exchange and Federal streets. Smith and fiancée Darcy Boulton, who is in charge of operations, plan to complete another extensive renovation on the new space and divide their time among the three restaurants.

In keeping with its predecessors, the next addition to Smith’s growing culinary empire will be called the Corner Room. When asked about expanding beyond Maine’s borders, the seasoned chef and enthusiastic entrepreneur offers up a wry smile. “I don’t think we’ll move out of Portland—we’ve found a real niche here. I like the fact that this is a place where I can be a big fish,” he explains. “I’m really happy right where I am.”