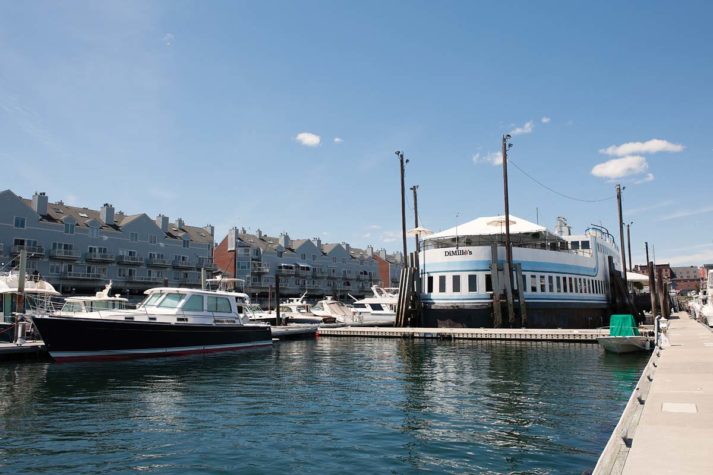 Every table at the floating restaurant offers views of Portland Harbor. 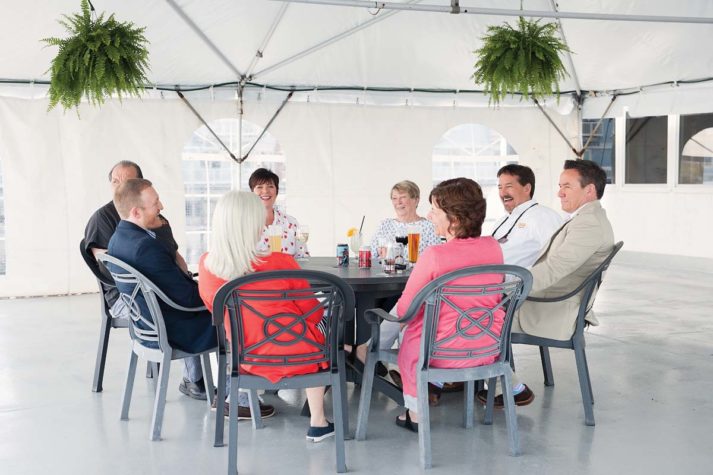 The extended DiMillo family is a tight-knit group who has earned their place in Portland’s culinary history. 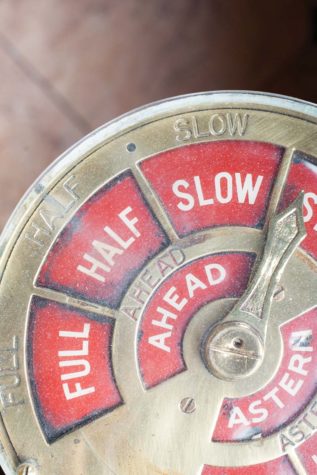 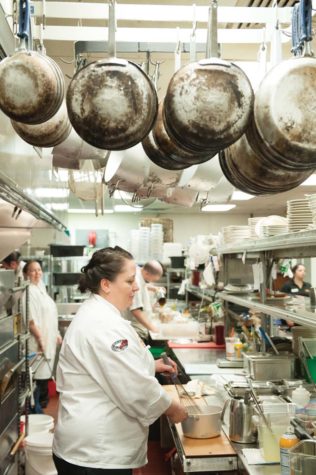 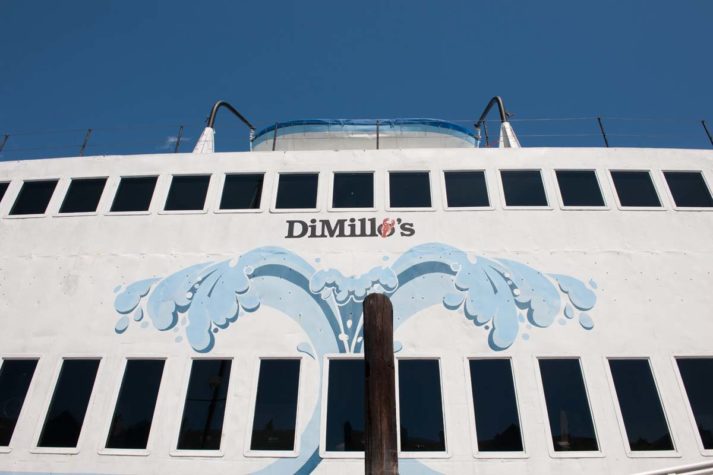 Family ties on the Portland Waterfront

It would be hard to find a better spot in Portland—or maybe even in the whole state of Maine—to take in a sea breeze, a harbor view, and an endless parade of boats than the DiMillo’s foredeck. The floating restaurant’s manager, Steve DiMillo, is likely to come by and say hello, whether it’s your first visit or your twentieth. His wife, Marge, has filled the planters with an abun- dance of flowers. Down below in the bar, Chelsea DiMillo Weed can mix up something delicious for you to sip on. Secured to the dock, surrounded by yachts and bustling with customers from near and far, DiMillo’s is a Portland landmark.

Decades before this destination restaurant was even a dream, a very young Tony DiMillo could often be found near the wharf, picking up lumps of coal that had dropped from passing rail cars. He pocketed the treasures to help heat the DiMillo household on Newbury Street, in what was then Portland’s Little Italy. Tony clearly had an industrious streak. He started his first business at age 13, selling candy and pinball games from a tiny storefront. At 17, he lied about his age and joined the Army to serve in Korea. When he returned stateside, Tony married his sweetheart, Arlene, and soon after began his career as a restaurateur. “School wasn’t for him,” says Steve DiMillo, his son, “but he knew he didn’t want to be poor.”

Tony DiMillo was just 21 in 1954 when he opened his first restaurant on Fore Street in Portland, called Anthony’s. Italian specialties were served along with steamers, and it was here that DiMillo’s commitment to fresh seafood was firmly established. “The clams you eat here today, slept last night in Casco Bay,” was the restaurant’s catchphrase. Over the next two decades, Tony opened and closed several restau- rants throughout Portland before he finally established DiMillo’s Lobster House on Commercial Street. As he shifted his focus to lobster and seafood dishes, the place became wildly popular. There was even a live band every weekend; Steve DiMillo recalls setting up tables by the dance floor on Saturday mornings.

Each of the nine DiMillo children worked at their father’s restaurants, starting as young as eight years old. Most began as dishwashers, and as soon as they could carry a tray, they’d be moved to bussing tables. Cleaning restrooms and picking up trash were two other ways to keep the kids busy and out of the house, so Arlene could have a little peace. The DiMillo kids were never paid for their efforts, but any money they found while cleaning was theirs to keep. For Steve DiMillo, the fourth child, the restaurant business turned out to be his calling. He moved into the kitchen and under the tutelage of his godfather, Ralph Salamone, the chef at the time, he learned all about food. “He taught me the things my dad didn’t and was definitely instrumental in my maturity,” says DiMillo. At age 18, it was time for him to make a choice: go to college or stay on in the family business. He chose the latter and moved to the front of the house, putting on a necktie and becoming part of the management team. “I was intimidated and shy back then,” Steve says. “It took a long time to come out of my shell. But I had a passion for the business, and I liked earning money.”

These days, Steve is an enthusiastic story- teller, readily talking about his family and its place in the history of Portland. He tells me of his father’s foresight in purchasing the dilapidated coal wharf in 1978 with a vi- sion for developing it. The pilings that were already on the wharf became a full-service marina just a year later. Ever on the lookout for his next opportunity, Tony’s plans to build a new restaurant in another part of town were scrapped when he came across a retired car ferry for sale in an issue of Boats & Harbors magazine. Instead of a new place, he would move DiMillo’s across the street, establishing an actual floating restaurant, permanently docked on his wharf.

It took two years for the old car ferry to be transformed according to Tony’s grand plan. Steve and I walk through the restaurant together and he shows me the expansive outdoor deck on the bow. It has unbeatable views of Portland Harbor, a large function area on the upper deck, and a comfortable lounge with a 55-foot bar, fire- place and its own outdoor space. A recent renovation has refreshed the dining room, with updated lighting, new seating, and tables manufactured in Millinocket using reclaimed river logs. In the long hallway that leads to the dining room, we examine the memorabilia and photographs that line the wall, along with authentic nautical artifacts. We’re stopped often by customers who want to say hello and share a memory. I watch as Steve helps an elderly gentleman into a wheelchair, then pushes him out the door and up the ramp to a waiting car. It’s clear from his comfort level that this type of assistance isn’t just for show. “I meet people from all over the world. I care about people and I like to get them to talk about them- selves,” he says. Steve is being characteristically modest. He is well-known around town for his generosity to local organizations, supporting Gary’s House, March of Dimes, and many more. Chef Melissa Bouchard tells me, “He never says no.”

Bouchard, who has headed up the culinary team for the past six years, is a self-taught chef, starting from the age of 14, when she took over her grandmother’s kitchen and cooked her way through a book of recipes put out by Spry, a brand of shortening. But Bouchard believes cooking is an innate talent. “I’m lucky,” she says. “You either know how to make something taste good or you don’t, and I do.” She came to DiMillo’s in 1998 from her hometown of Eastport, where jobs were hard to find. In the past 18 years, Bouchard has worked her way up from making salads and shucking oysters to the head chef position. In 2013 she was named Maine Restaurant Association’s first female Chef of the Year. “I feel like I’ve grown up here,” she says.

Steve is clearly proud of all that Bouchard has accomplished, and gives her creative freedom to experiment with the menu. It’s easy to spot the chef ’s own touch in a heap- ing bowl of mussels, bathed in a buttery and luscious sauce containing Raye’s sweet and spicy mustard, produced in her hometown. She’s proud of her version of scallop car- bonara, rich with a Parmesan cream sauce and smoky bacon. Fried oysters come in lettuce cups with bacon, tomato, and house- made tartar sauce. Classic DiMillo’s dishes such as baked stuffed lobster with crab and mixed seafood broil will always have a place on the menu, along with expertly fried seafood. Clams, scallops, and shrimp come piping hot, crispy, and irresistible. A bowl of lobster stew is brought to the table as Steve tells me about consistency in the kitchen. “This stew is a good example,” he says. “It will always be the perfect temperature. And it will always be filled with lobster.” He’s absolutely right. There’s a huge amount of perfectly cooked lobster meat in the deli- cate, creamy broth, so that every spoonful contains a tender piece. “It’s a team effort,” Steve likes to emphasize.

The team he’s talking about is made up of longtime employees and many members of the DiMillo family. Tony’s sisters, Jay and Jeanette, have been greeting guests at the front desk since the opening 34 years ago. Steve’s brothers, John and Dan, manage the restaurant alongside him. His twin sister Stephanie, the bookkeeper, is married to one of the kitchen managers, Tony Quattrucci. Steve DiMillo, Jr., is the banquet manager, while his sister Chelsea is one of two bar managers. Along with Lisa Baugher, she creates cocktails, puts together the excellent wine list, and trains wait staff to assist diners with choosing a wine best suited for their food. And until her retirement last fall, Arlene DiMillo, the family matriarch, held the position of company president. She still has a desk opposite Steve’s in the front office. When I ask her how she kept her nine children and husband Tony in line, they all laugh. “A big stick,” says Arlene.

Just outside that office, in the lobby of the restaurant, is a painted portrait of the man who started it all, Tony DiMillo, who passed away in 1999. He’s dark-haired and his arms are crossed, a slight smile on his lips. He’s watching his legacy as it lives on, still a part of the restaurant’s claim: “Always a DiMillo on board.” 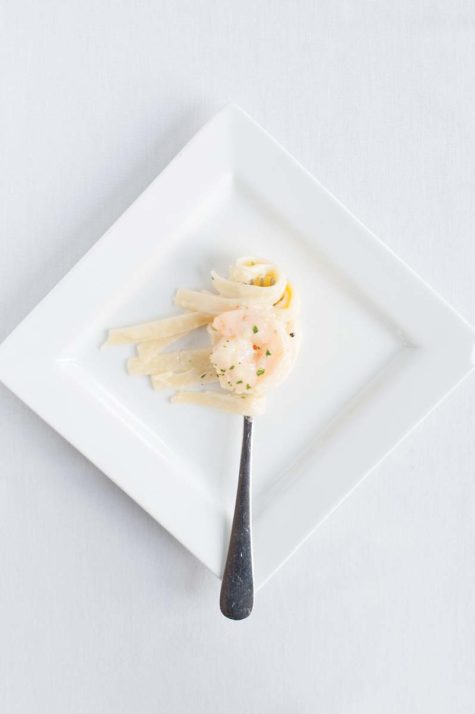 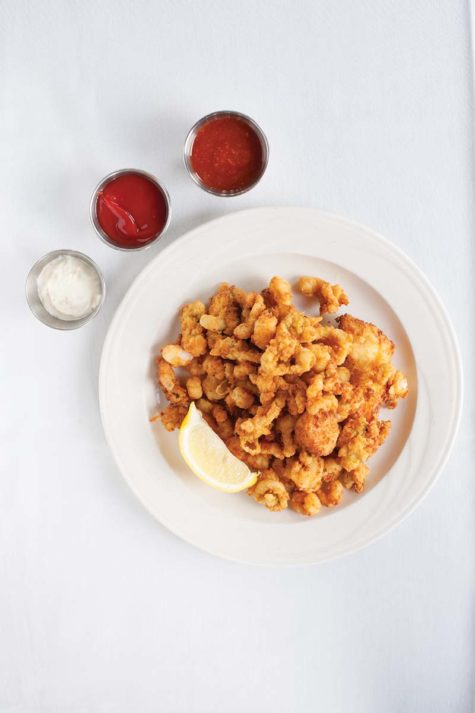 The fried Fisherman’s Platter is a long-time favorite. 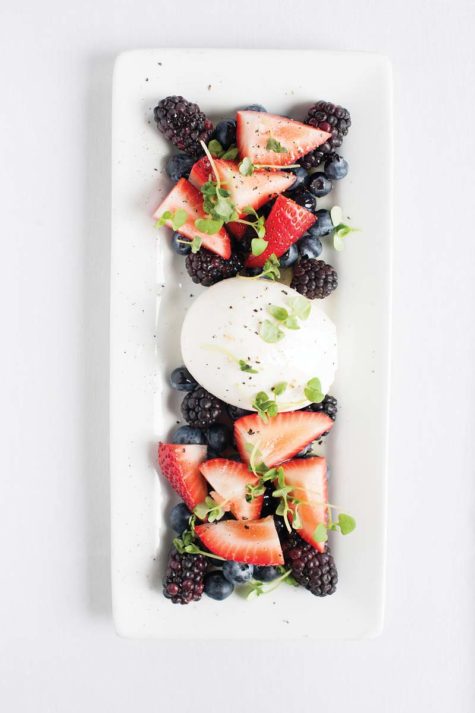 A salad of burrata and berries is a simple, fresh starter. 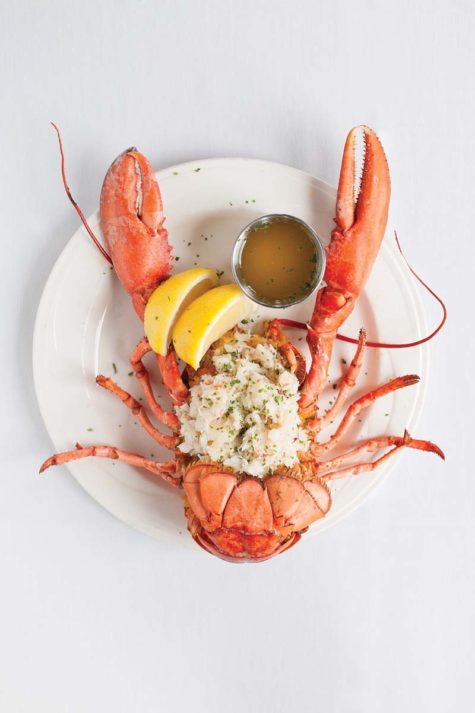