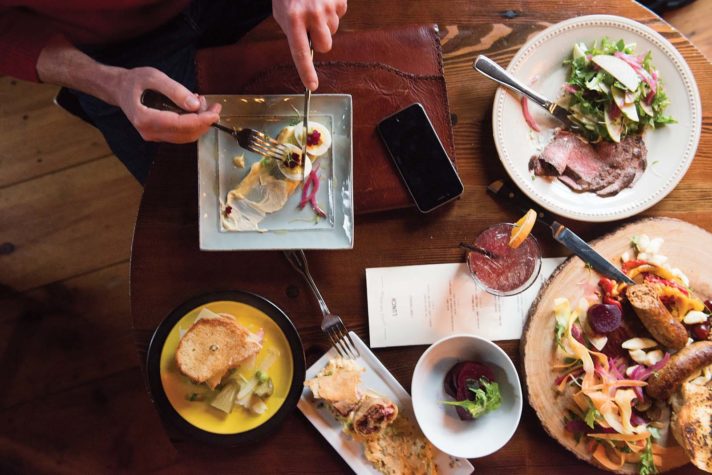 Gastropub fare is food that goes well with beer. 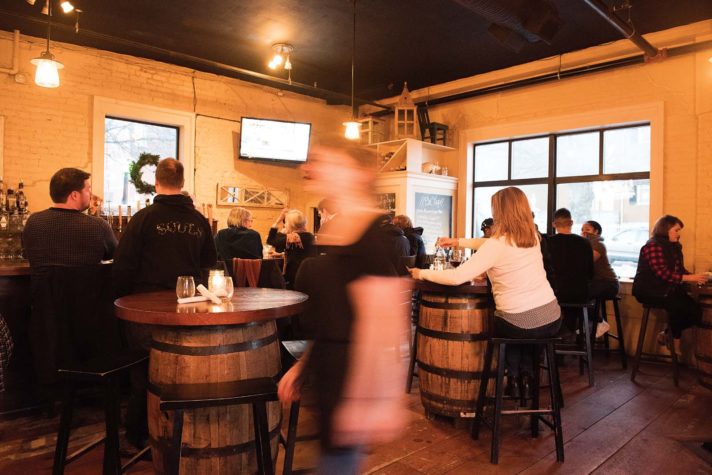 A welcoming neighborhood place between the West End and Old Port. 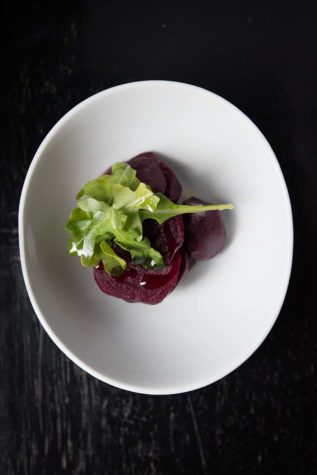 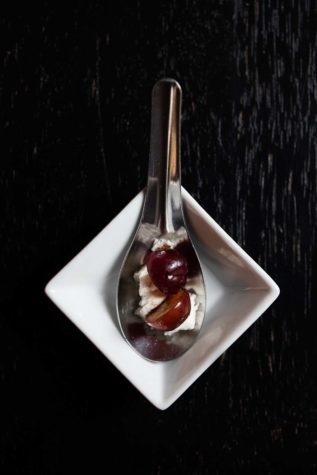 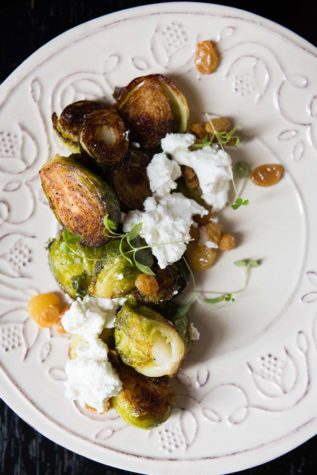 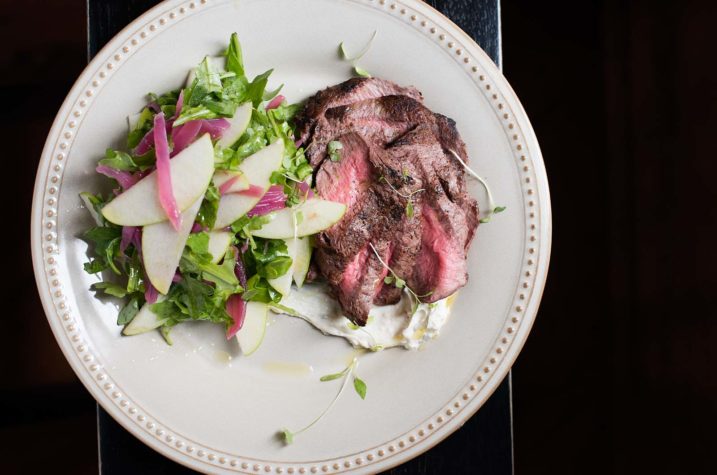 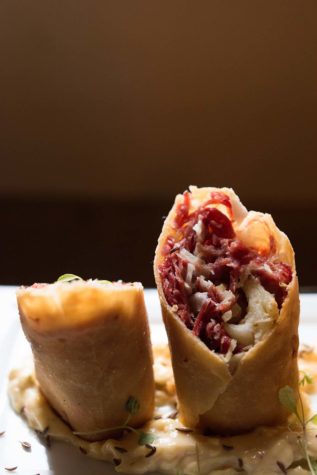 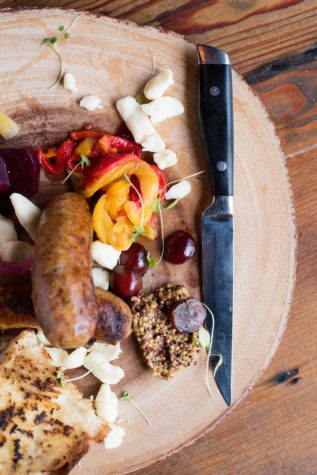 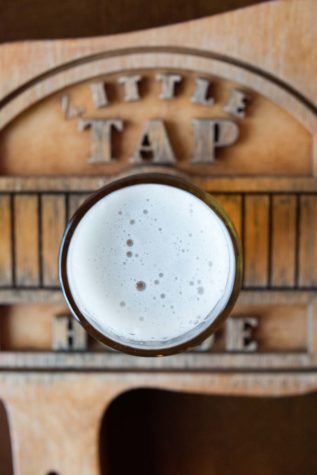 My beer education began with an illicit Colt 45 in someone’s dimly lit basement when I was in high school. It continued around a keg in college, where the object was not to sip and appreciate, but to drink as much as possible in a short period of time. This experience did nothing to make me appreciate beer, and it was at about that time I became a wine drinker. But the explosion of craft brewing has brought a renewed interest, not only for me, but for many drinkers who have longed for a more finessed, less frat-party beer experience.

The rise of artisanal beer in Maine has been a gift to us all. It’s helped the economy, provided jobs, and put Maine on the map as a must-sip destination for beer lovers. Whether Little Tap House owners Lee Goyette and her daughter Brianna Jaro had the foresight to take advantage of the trend, or if their timing was merely serendipitous, Little Tap House now finds itself firmly at the center of craft beer brewing in Maine. The gastropub doesn’t make its own beer, but offers an ever-changing selection of the best brews from around the state and a few from beyond. Goyette and Jaro have created relationships and events that benefit both the breweries and the community, bringing them together for purposes that are social, educational, and just plain fun.

There are always 14 rotating Maine beers on tap at the corner of Portland’s High and Spring Streets. “Drink fresh, drink local” is Little Tap House’s motto, and the team follows through at every turn. A chalkboard by the bar lets you know what’s available on any day, but popular breweries like Bissell Brothers, Allagash Brewing Company, and Maine Beer Company are always represented. Smaller outfits, such as Austin Street Brewery, Foundation Brewing Company, and Banded Horn Brewing Company, get equal playing time. During an afternoon visit, Matt Mills, co-owner of Barreled Souls Brewing Company, is sitting at the bar sipping on a glass of his own rich and malty Honey Pot. The brewery introduced the beer at a tap takeover, a frequent event that lets brewers highlight new releases. The events also connect brewers to their drinkers, and vice versa. You’ll often find local beer makers hanging out at the Little Tap House bar. Even David Geary, the godfather of Maine craft brewing, is a regular.

Little Tap House is something of a showcase for Maine brewers. The space is rustic and casual, with high-top tables fashioned from Allagash beer barrels and painted brick walls. Local beer lovers and beer tourists alike can get a taste of what’s available from a variety of brewers without leaving the comfort of a barstool. Beer flights, served on custom-crafted, pig-shaped trays, make it easy to taste several at a time. Guests will often leave with a plan to visit breweries the next day. “We’re part neighborhood joint, part tourist destination,” says Jaro. Behind the bar, Dominique Gonzalez also takes care of the non-beer drinkers with fine seasonal cocktails, like the Cider Mimosa and Maple Manhattan.

Little Tap House is unmistakably as much restaurant as it is tasting room. Chef Kelli Thompson worked for Goyette previously and rejoined her at the Little Tap House in November of 2014. Thompson came to Little Tap House full of youthful enthusiasm and creative ideas for made-from-scratch dishes, using fresh, seasonal ingredients. “Gastropub is sort of a catchall,” she says, “but it means comfort food that goes well with beer.” Thompson worked on the menu with input from Goyette, who was adamant about a few items that should always be available. The Tap House Burger is one of them. Fresh chuck roll arrives every day to be broken down and ground for the burgers. “It’s a certain ratio of meat to fat. Fat is flavor,” says Thompson. The beef is simply seasoned and cooked on a flat top. Topping it with bacon, local mushrooms, or caramelized onions is always a good idea. “Every piece of meat and produce gets the utmost care,” she says. “It’s all cooked to order. The most important thing is consistency.”

Beer tempura fish and chips is another menu staple—hot, crisp, and flaky with an excellent mustard pickle tartar sauce. The kitchen tries to incorporate beer as an ingredient whenever possible. A big bowl of mussels is served with a thick, aromatic broth, flavored with Cajun spices and gose, a German sour beer brewed with Atlantic seawater. When we’ve eaten all the shellfish, chunks of grilled bread are the perfect vehicle for finishing off the tangy sauce. Beer cheddar fondue goes far beyond basic with its velvety smoothness and house- made potato chips. House-made sausage, which often uses beer as well, is offered as part of a bountiful board with grainy mustard and other accompaniments. Thompson’s culinary vision continues to evolve, but it all fits with the mission to offer well-crafted, carefully considered food with beer drinking in mind.

Sous chefs Dan Letendre and Nick LaFlamme bring extensive beer knowledge, gained through years of home brewing together. One afternoon just after he’s finished his shift, Letendre is at the end of the bar, sipping on a Banded Horn Jolly Woodsman, a coffee stout that’s one of his favorites in winter. “What brings the back of the house and the front of the house together are the beer and food pairings,” he explains. “The two things I love are the food we cook here and the local brewers. Pairings keep things fresh for our guests and for us.” Matching beer with food and food with beer is an art, as it is with wine. “We try to bring out the subtleties of the food and the beer. It’s not stuffy, though,” says Letendre. Sometimes it’s a multi-course meal for a tap takeover, sometimes it’s a snack for the Bar and Barrel, a daily small plate and ten-ounce beer happy hour special. Tuesdays bring an opportunity for creativity when a sixtel (one sixth of a barrel) arrives, containing a one-off beer with limited distribution. A recent Tuesday featured a curry pumpkin porter from Earth Eagle Brewings of Portsmouth, New Hampshire. Up for the challenge, the two sous chefs put together a Thai massaman curry dish that turned out to be a big hit. “Pairings are my favorite part of what we do here. It really gets us excited when brewers come in with something new,” Letendre says.

Historically, beer brewing was a woman’s job, but these days it’s somewhat unusual to find women running a beer-centered business. Goyette and Jaro are a dynamic duo who share the same wide smile and polished but warm persona. “Bri and I have been a team since the start,” Goyette tells me. “I’m a single mother who never married, so we’ve built a life together all the way along.” Jaro had warned me that her mother might start to cry when asked about the relationship. Sure enough, tears spring to Goyette’s eyes as she continues. “We’re really connected, just pals,” she says. Jaro concurs, “It’s a privilege to work beside someone I love and admire. We have a lot of fun.” They take turns working the front of the house, greeting guests who arrive at the cozy gastropub they’ve created together, making regulars and first-timers feel at home. While Goyette prefers to stay out of the spotlight, Jaro is all about community creation and event planning, doing both with boundless enthusiasm. Little Tap House’s location, between the West End and the Old Port, makes it popular with locals, who often stop in on their way home from work. It’s cozy on snowy evenings, but as soon as the weather warms, sidewalk tables encourage takers. Situated on the corner across from the Portland Museum of Art, it often draws a crowd during First Friday Art Walk. Events are not only beer related, but can be anything that brings the community together, for fun or a benefit. A monthly Bring Your Own Baby event encourages young families to come in for a late afternoon happy hour to socialize with other new parents. Pints for Paws, a dog adoption event created by staff member Emily Marro, is a summer favorite. With brewer and community participation, funds from pints sold go toward animal rescue and adoption. “Bri and I are always trying to think outside the box,” Goyette says. “Facilitating and fostering community is most important to us.” Jaro is quick to emphasize the role the entire staff plays as well. “We have the best team in the world,” she says. “A warm greeting and friendly smile is not only the hallmark of our service, but it’s who we are to the core.”

I’ve visited Little Tap House several times, and I’m almost starting to feel like a regular. My beer education continues with each visit, and while I seek my favorite brew, I can enjoy the delightful food and company. It’s the kind of place that continues to draw you in with the feeling of something familiar, and the continued promise of something new. 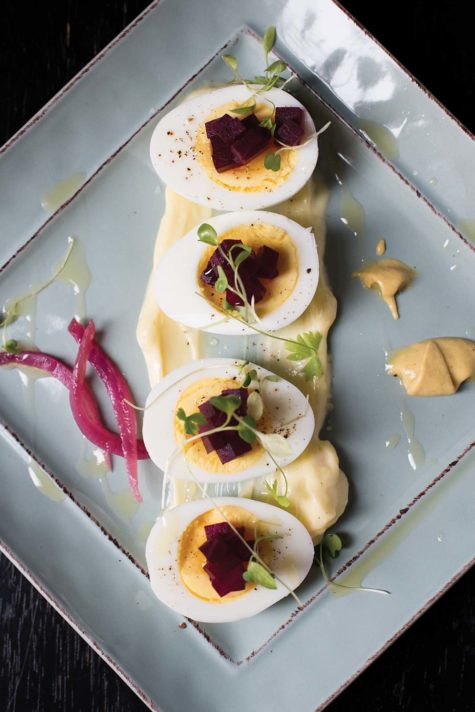 Each dish is elevated far above the ordinary, like these Russian eggs with Dijon and beets, perfect for sharing. 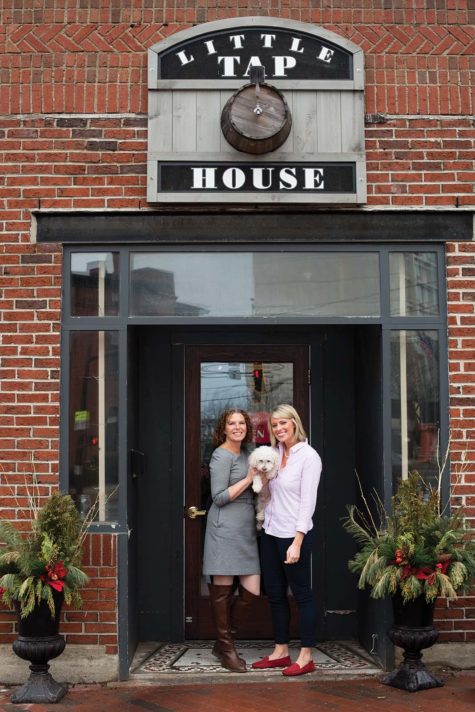 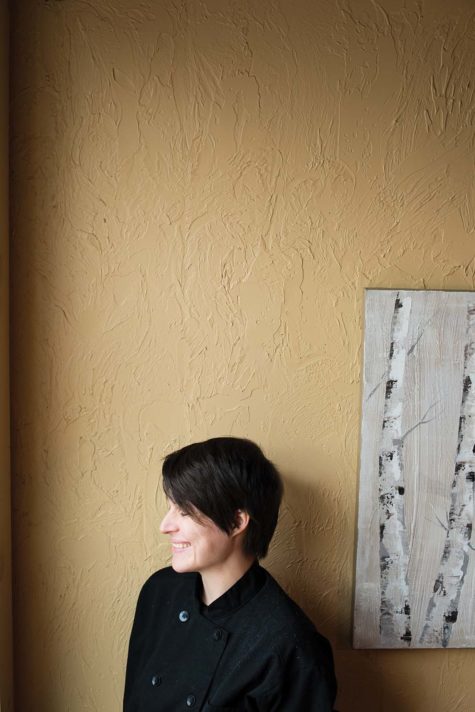