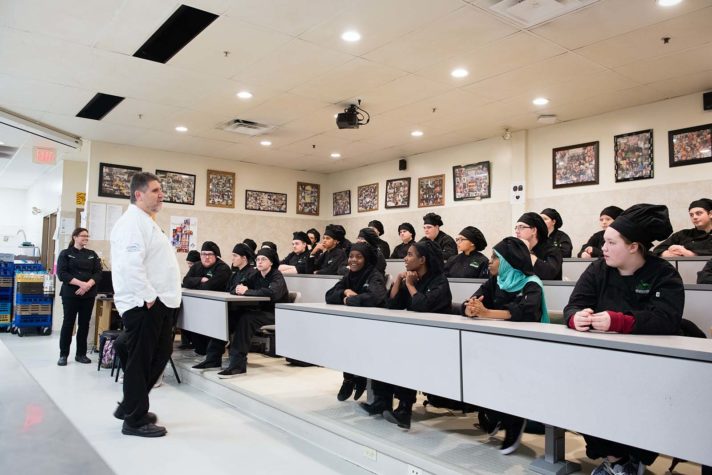 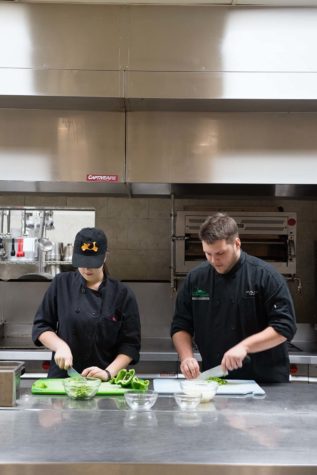 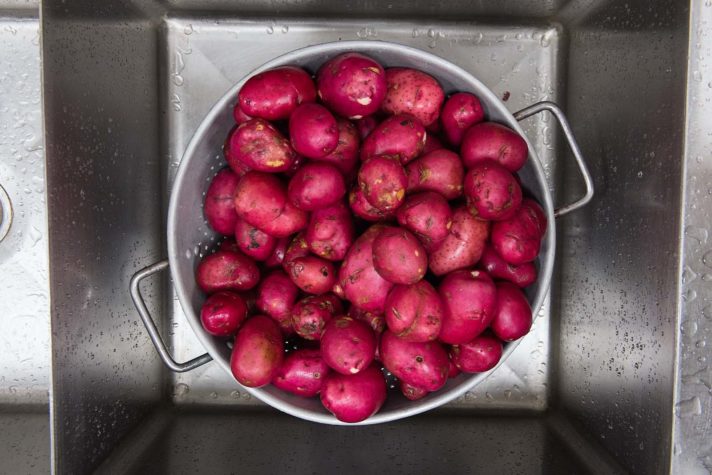 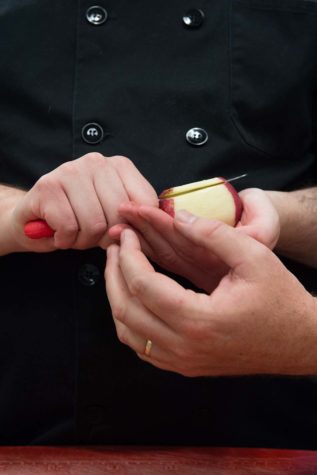 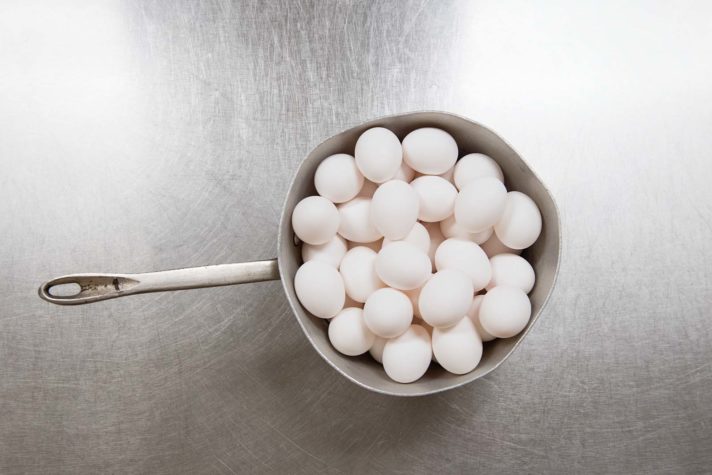 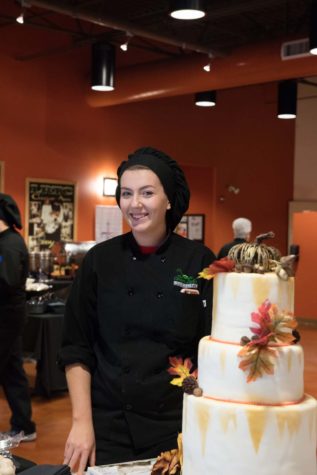 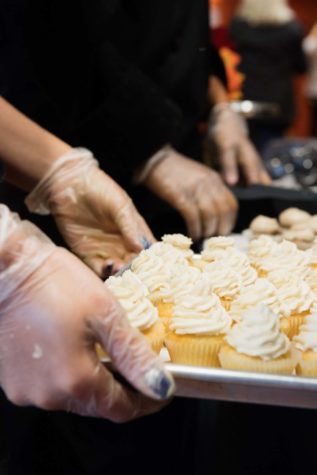 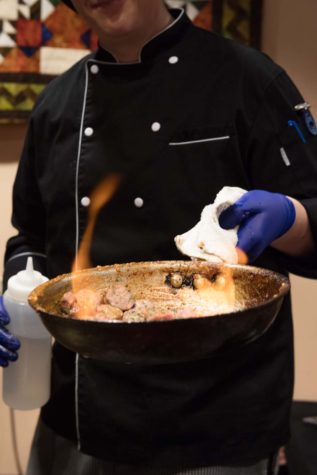 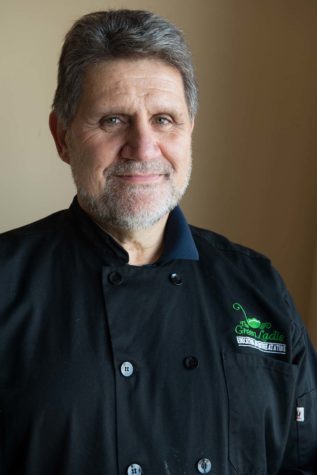 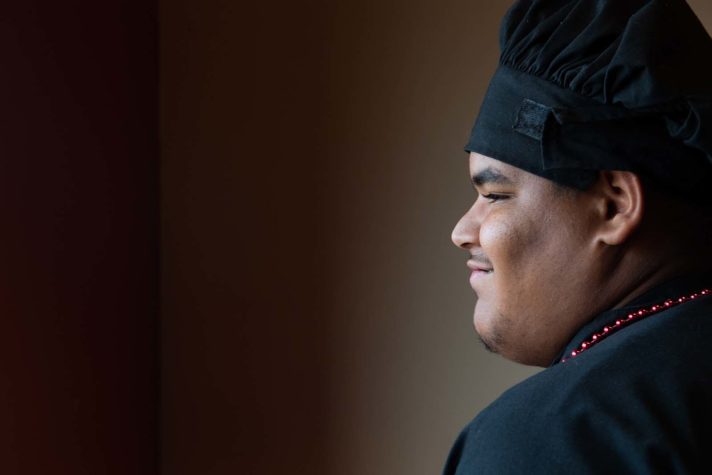 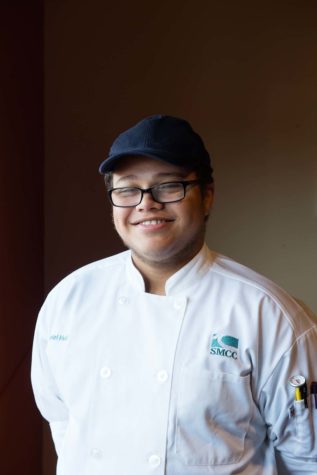 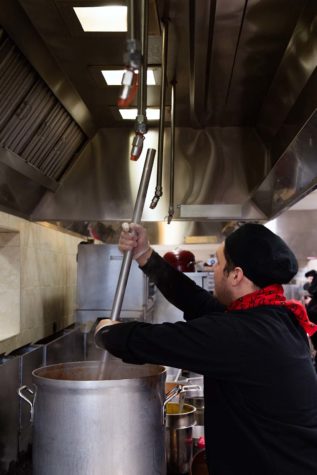 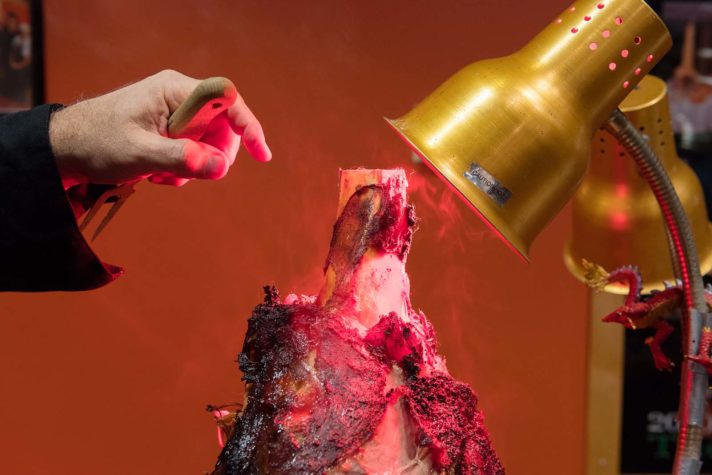 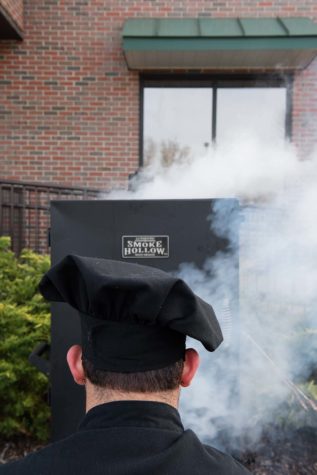 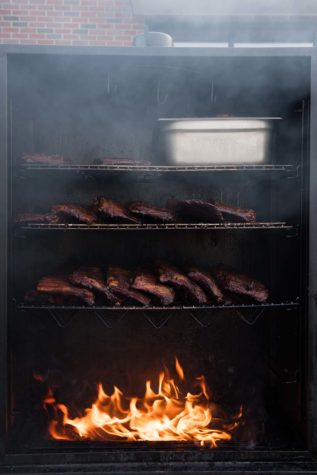 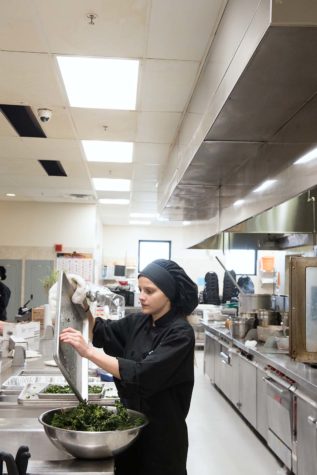 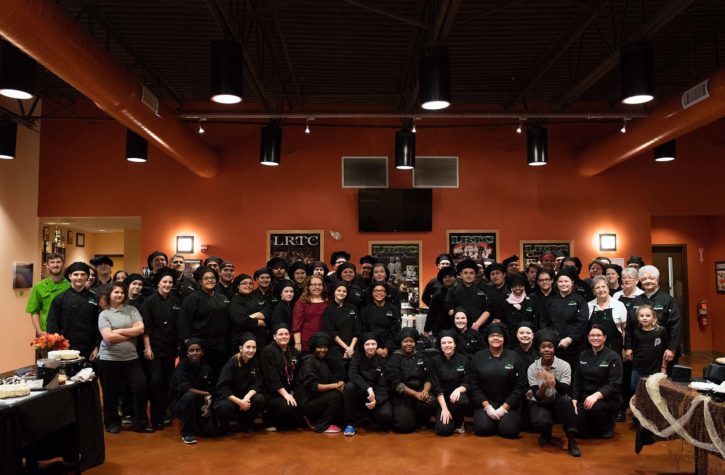 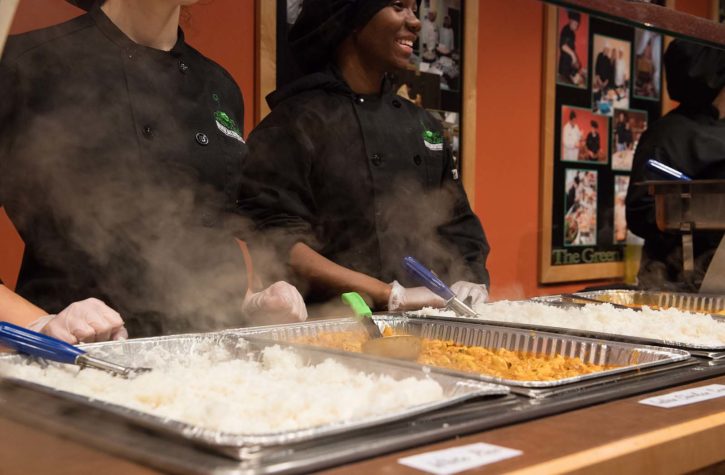 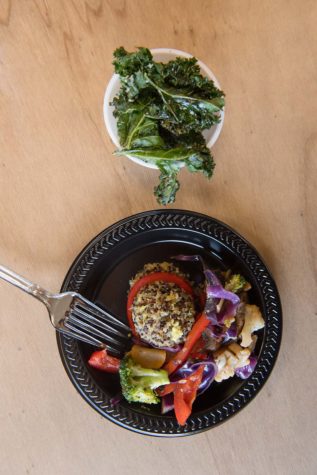 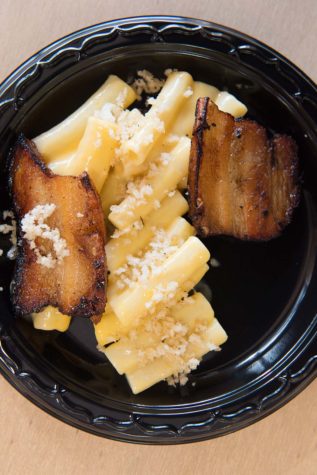 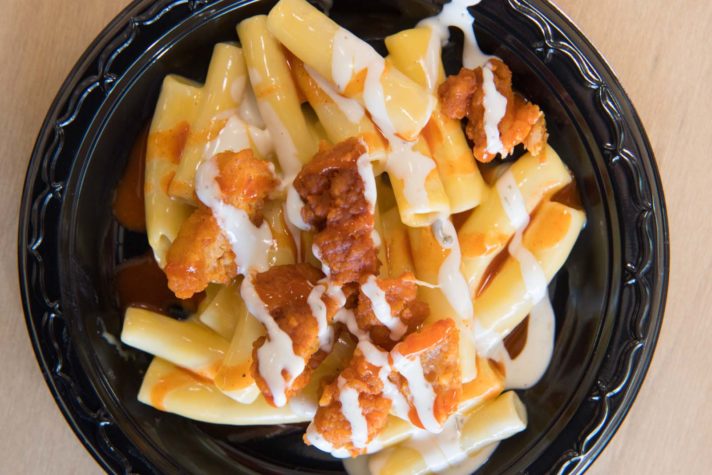 There’s just a half hour before the doors open at the Green Ladle’s Open House, an annual event to showcase this Lewis-ton culinary arts program. In the parking lot, senior Noah Leclair is tending a smoker filled with pork ribs and sautéing corn over a portable burner. “It’s my father’s recipe,” he tells me. Inside, another student is pushing a heavy cart loaded with an enormous steamship round of beef to the carving table, while others set up an array of cupcakes. Chef Dan Caron gives a pep talk, as any coach would before the players hit the field. “Check your mise en place, make sure you have extra oil, be ready,” he tells them. Dressed in black chef jackets and hats, the students pose for a quick group photo before taking their stations, while outside the line of hungry people extends into the parking lot. When the door opens, all 57 Green Ladle students are ready and waiting to demonstrate their abilities.

The Green Ladle is the culinary arts program at Lewiston Regional Technical Center. It’s a hands-on experience, combining academics with career skills. The students accepted to the two-year program attend Lewiston High School and other nearby high schools. Juniors and seniors spend every other day with Caron in the Technical Center’s Green Ladle building, returning to their home high schools on the off days for traditional classroom learning. Caron has been running the show for almost 20 years, but the program was much different when he started. “It was more of a home economics class,” he says. “The school budget at that time was so small, it only allowed me to teach cookies and muffins. I quickly decided it needed to be more of a real-world experience.” In order to accomplish that goal, he needed funds beyond the bud-get, so in a moment of resourceful thinking, he turned to a soda machine. “I sold sodas to buy beef for the next day’s lesson plan,” he says. Within two months, Caron had students catering events, which generated income to expand the program. Since then, Lewiston Public Schools has increased the program’s budget, but catering gigs, a student-run restaurant, and fund-raisers still help fund it.

Green Ladle students cater approximately 250 events each school year, serving up to 2,000 guests at some events. “The students truly handle all the aspects,” Caron says. “They plan the menu, cost it out, and execute it. They rotate through all the positions, but each job has a head chef, and that’s a position they have to earn.” The student-run restaurant at the school operates from February to April. It’s open two days a week to the public, serving lunch to about 150 people each day, with a new theme each week. Students rotate through positions here too, from food prep to head chef to hosting and serving. It’s become so popular with the community that reservations must be made in advance.

In the spacious Green Ladle kitchen, rows of student desks face a 30-foot stainless-steel island, the main demonstration area where Caron or pastry instructor Rebecca Levesque gives the day’s lesson. The building was constructed for the program 11 years ago on land already owned by the Lewiston school system, and it’s a testament to the popularity of the program. The kitchen is bright, big, and spotless. It contains everything one would find in a restaurant kitchen, including a walk-in cooler, a smoker, stacks of ovens, six refrigerators, an enormous Hobart mixer, and gleaming piles of pots, pans, trays, spatulas, and whisks. On one wall, Caron has posted photos of the Green Ladle alumni, all 500 of them.

Before they can get their picture on the wall, students must learn to cook, from boiling water to baking bread. A rigorous curriculum with competency standards set by the state, along with all that hands-on experience, gives them the skills they need to launch careers in the food industry. A “pace book,” created by Caron, keeps track of what each student has learned and what he or she still needs to master. “I realized all students learn at a different pace. Standards are taken from ProStart and the American Culinary Federation, setting clear expectations,” he says. “Using a combination of both covers what the restaurants in our community are looking for.”

ProStart is a nationwide culinary arts education pro-gram established by the National Restaurant Association to develop talent in the food industry. Locally, the Maine Restaurant Association supports ProStart and hosts a competition each spring. Students in culinary education programs across the state compete for the opportunity to advance nationally and win scholarships. Caron and Levesque select a Green Ladle team of seniors who have excelled in leadership positions to participate in the February event each year. The team of five develops the recipes with input from visiting local chefs. Chef Wilfred Beriau, former department chair of culinary arts for Southern Maine Community College (SMCC), visits with all the teams before the competition, reviewing their menus, watching them cook, and offering pointers, always keeping their plans a secret. Caron is not allowed to have any communication with students as they cook a three-course meal for the judges.

Spectators cheer on the teams as the clock winds down, then each team is scored, not just on the taste of their dishes but also presentation, knife skills, cleanliness of the workstation, and organization. “To a lot of kids, this is their sport, their big game,” Caron says. The winner of the state competition goes on to the National ProStart Invitational to compete against teams from around the country. The Green Ladle team has been to the national competition twice and is hoping to win the spot this year when the event is held in Rhode Island. Chef and restaurateur David Turin, who is among the judges at the state level, helps the winning team prepare for the bigger stage and accompanies them to the competition.

Many seniors plan to continue their culinary arts education beyond high school, and the program at Southern Maine Community College is a popular choice. Other graduates apply for a coveted spot at the prestigious Culinary Institute of America or Johnson and Wales University. In addition to supporting the program’s operations, fund-raising events bring in income that goes toward a scholarship fund, and about half the students who graduate from Green Ladle receive scholarships or financial awards from the program for college.

While senior Mack Whittier is demonstrating his flambé skills at the open house, I ask him what his plans are for next year, and he’s ready with an answer: “I’ll start at Southern Maine Community College, then go on to the Culinary Institute of America. Ultimately I hope to be the executive chef at the White House.” His mom, watching the process, is beaming. “This is his absolute passion,” she says. “He’s bound and determined to be successful.” 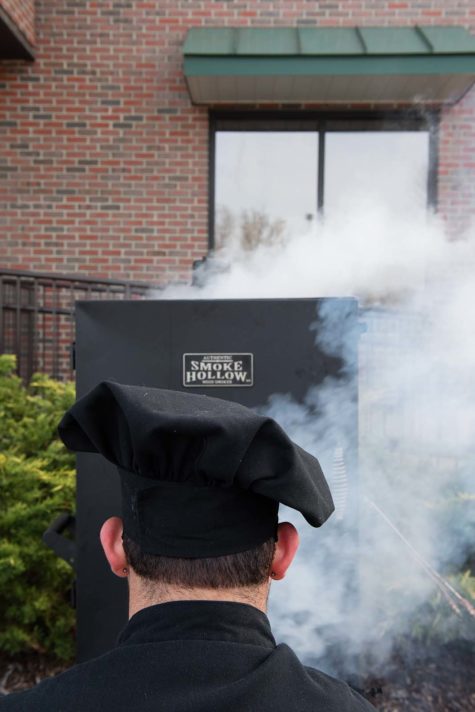 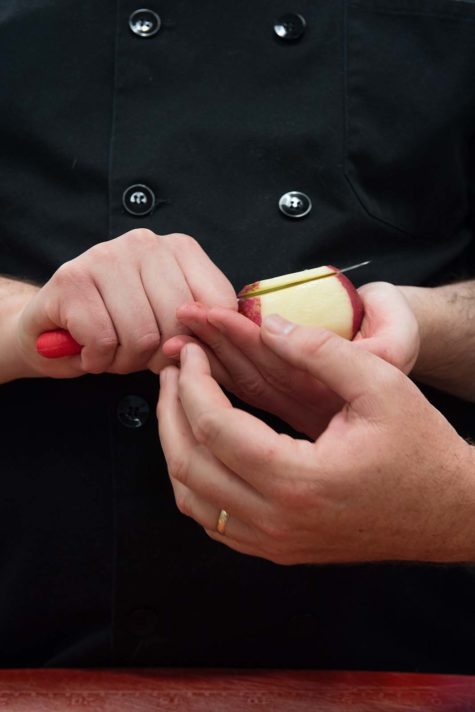 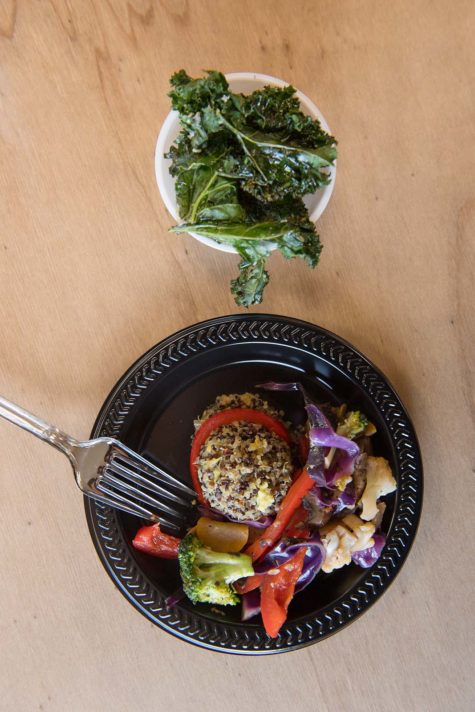