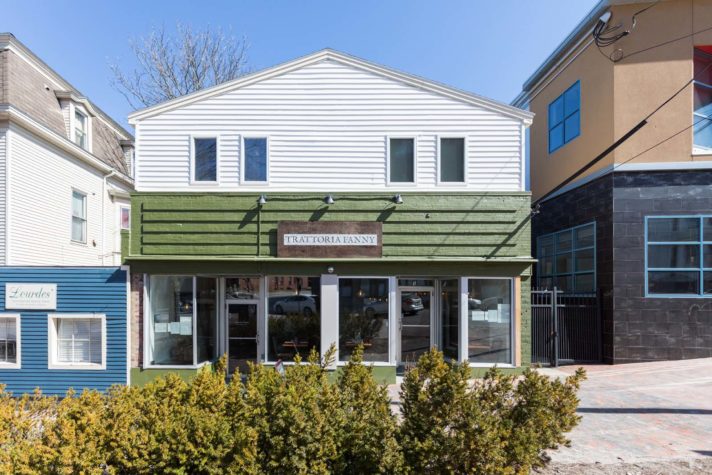 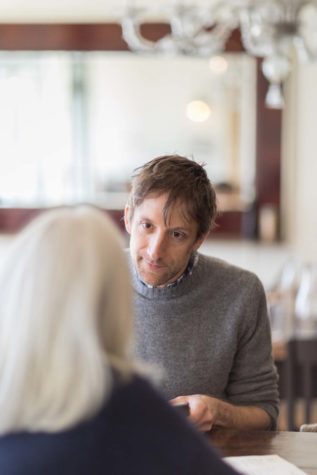 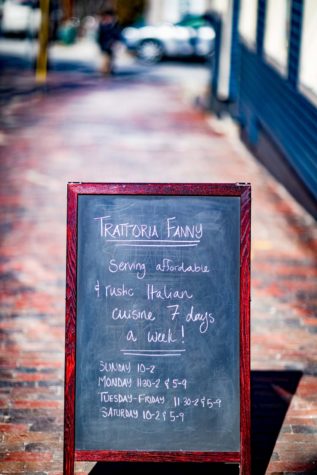 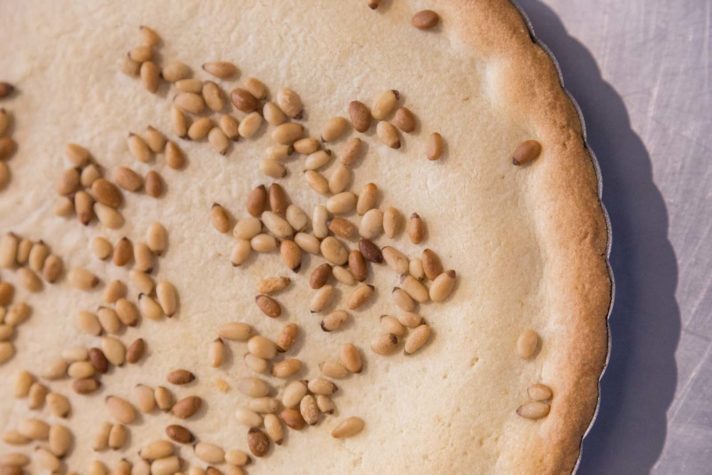 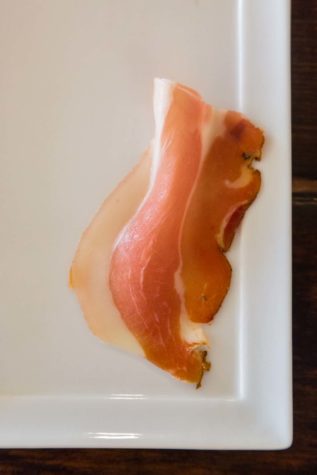 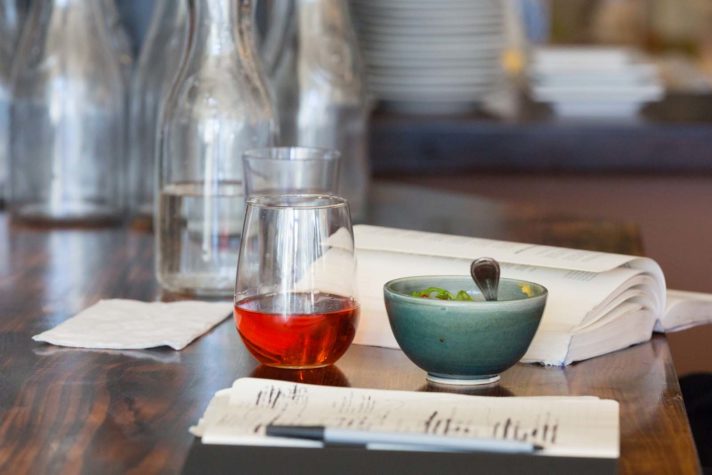 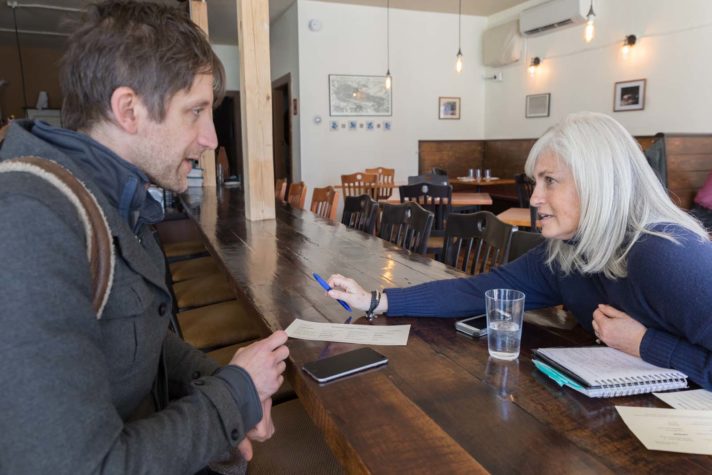 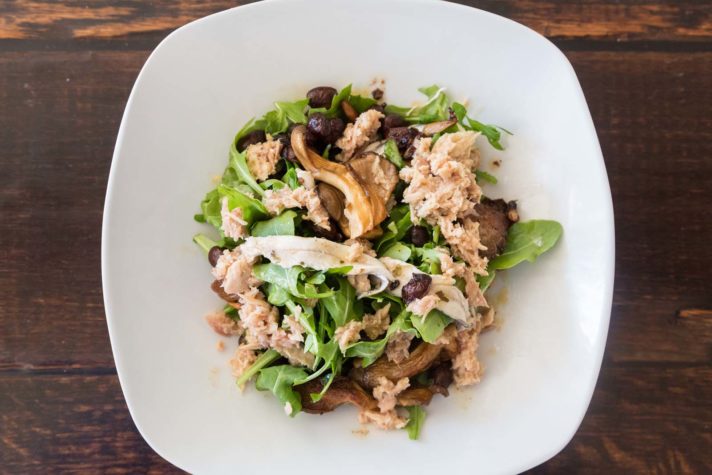 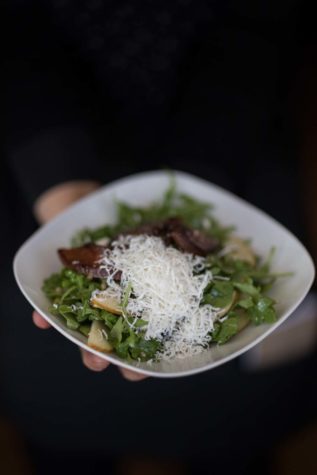 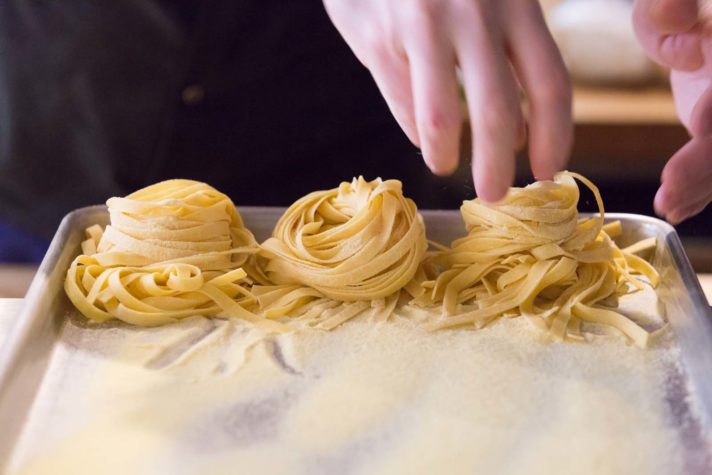 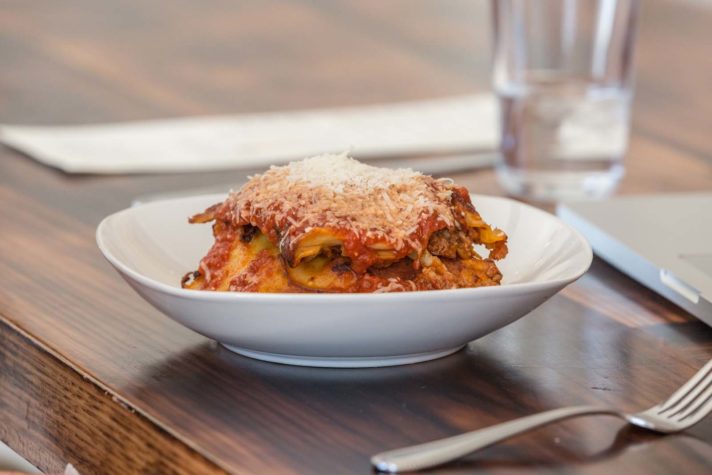 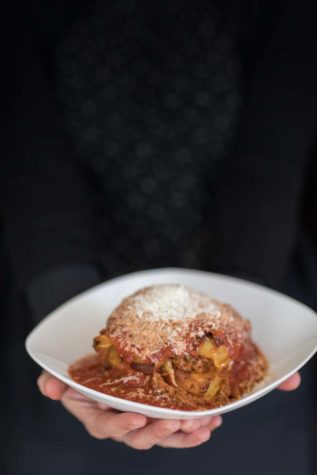 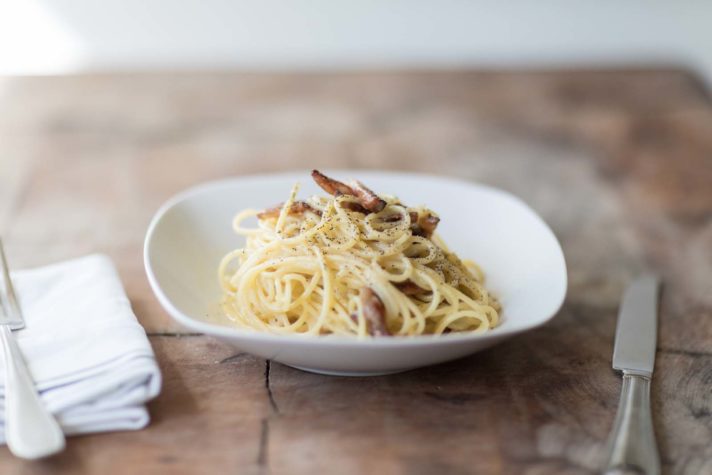 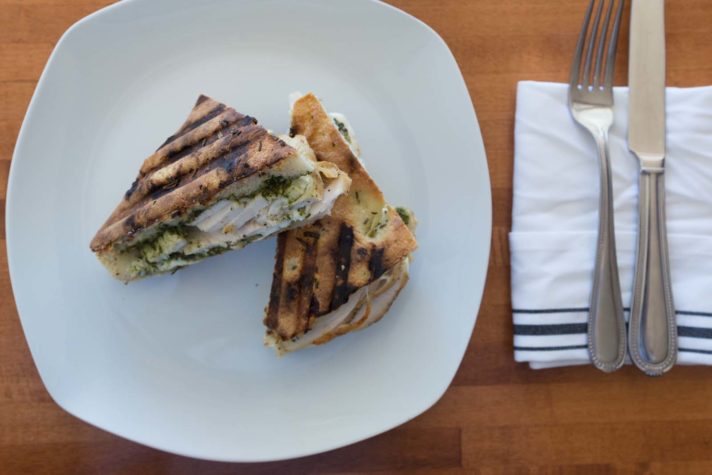 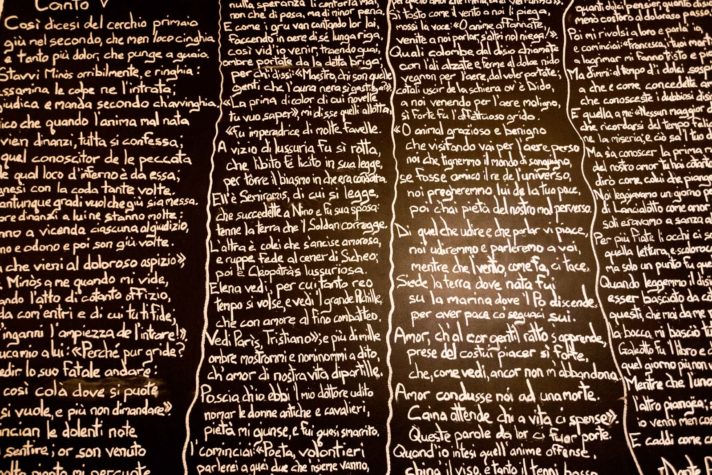 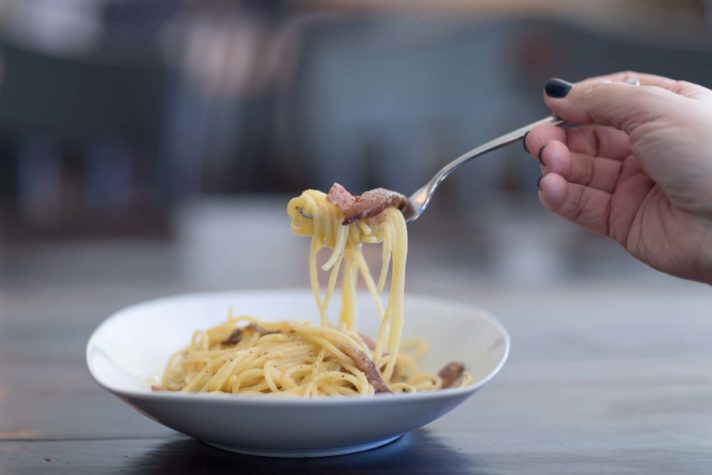 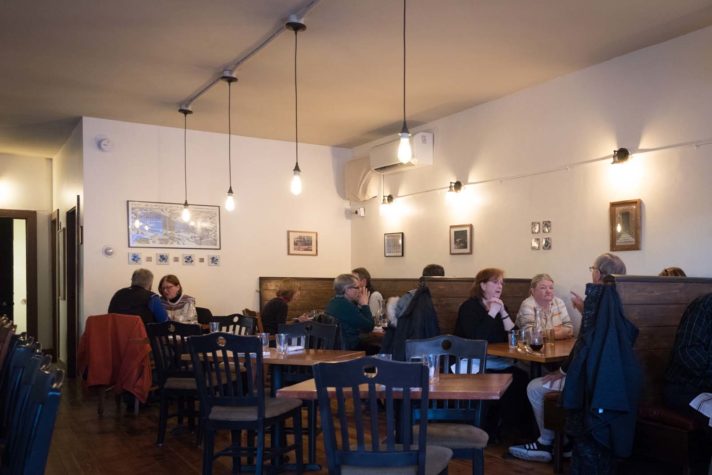 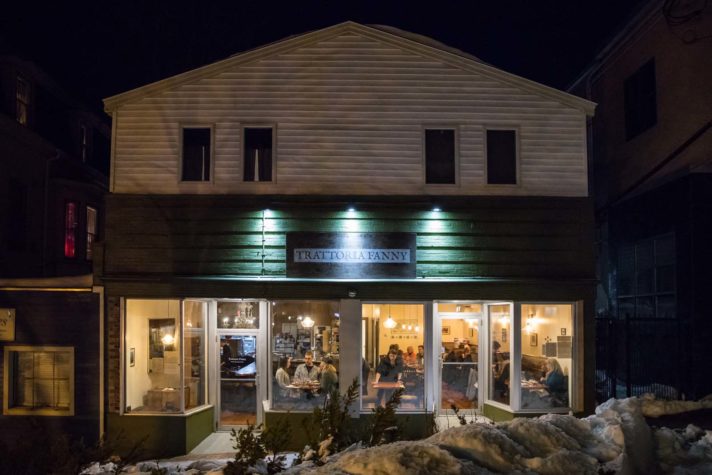 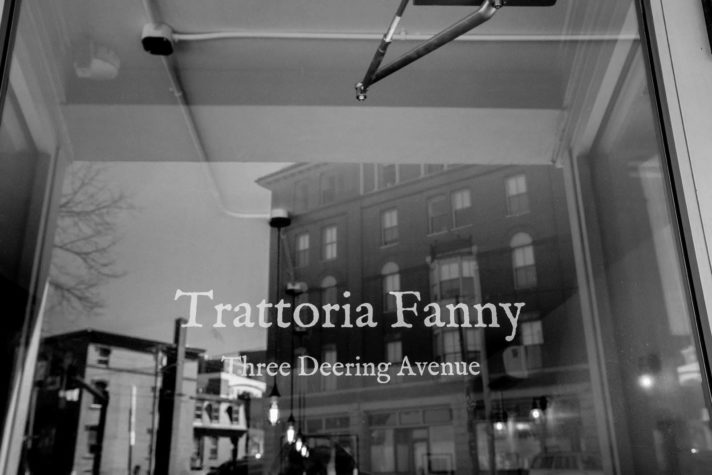 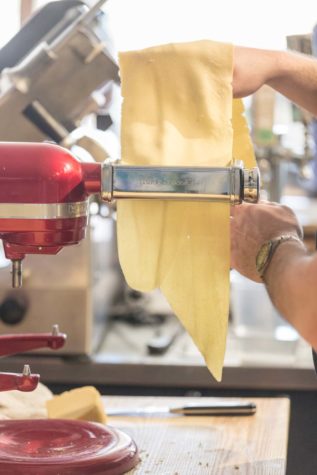 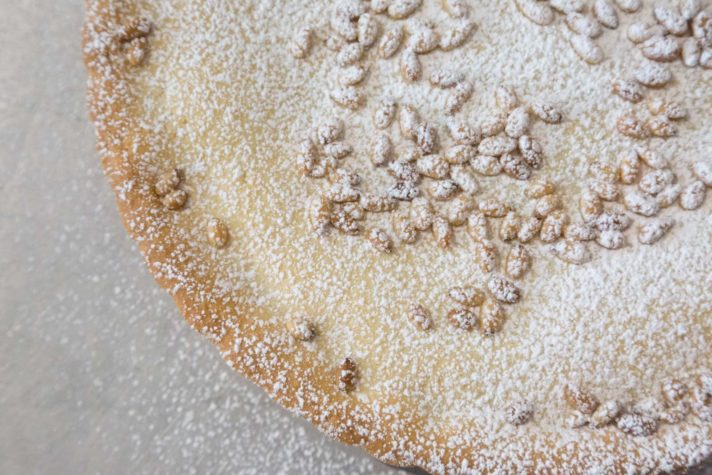 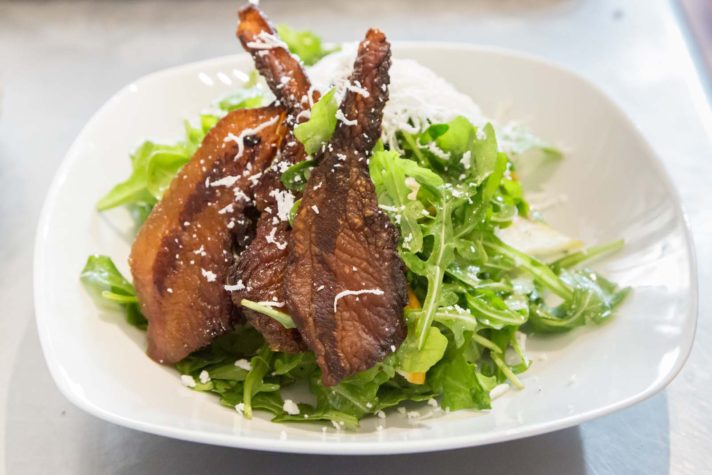 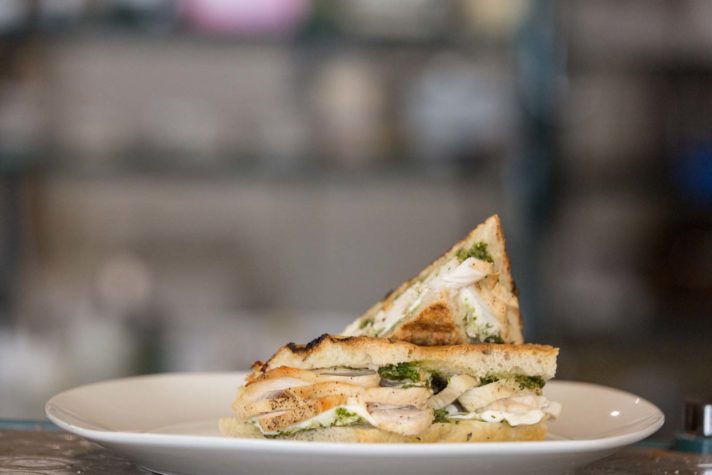 David Levi’s new venture is an homage to his nonna, Fanny (pronounced Fah-nee) Leoni of Milan. She was married to Dino Levi, whose family stretches back centuries in Venice. The couple and their three young children escaped from Mussolini’s Italy in 1939. “I’m named for my grandfather. There was so much honoring of him and carrying his name forward,” Levi tells me. “But there hasn’t been anything like that for my nonna, who really inspired me.” He tells me a story of caregiving: first how she looked after him when he was a baby, and then how they took walks together when Alzheimer’s started to take over her sharp mind.

If you squint a little at the portrait of his grandmother, you can see where Levi gets his aquiline nose and soulful eyes “She was elegant, classy, and a great cook,” Levi tells me. “Always warm and welcoming. She was an amazing lady. I feel like I can connect with her through the trattoria.” You’ll find reminders of Levi’s heritage and family throughout the room. A magnificent Venetian glass chandelier hangs over the bar, an elegant contrast to the rustic feel of the place. “It’s been in my family for generations,” says Levi. We’re sitting at a communal counter that separates the bar area from dining. Levi runs his hand along the smooth surface and points out the raw edge. “This piece of wood came from my parents’ house. They’d been saving it, and I brought it here and had it fitted into the space,” he says.

The restaurant, which is in the same location as Levi’s Rossobianco, which closed in last fall after a short stint, does have the look and feel of a trattoria you’d find in any small Italian village—simple, honest, open. The kitchen is mostly open, and you can watch as sous chef Marc Provencher runs dough through a pasta maker, stretching it thinner and thinner with each pass, before cutting it by hand into tagliatelle. The kitchen is under the sure hand of chef Siddharta Rumma, born in India to Italian parents, and then raised in Rome, where his father had a restaurant. His background with Roman cooking expanded the territory covered by Trattoria Fanny, where you’ll find dishes and ingredients from the northern half of the country. “Rossobianco was just northern Italian, and now we’re cooking from Rome to the north. We’d be crazy not to take advantage of his experience,” says Levi. Spaghetti carbonara, a traditional Roman dish, is available at lunch and dinner. Like all the menu offerings, it’s straightforward and unembellished, allowing the local ingredients to speak for themselves. You can count the ingredients for carbonara on one hand: the duck egg that comes from Amish farmers in northern Maine, parmigiano-reggiano that Levi sources from Micucci Grocery, and jowl from organically raised pigs. “This is carbonara the way it’s meant to be,” Levi says. “Everything is mindfully sourced.” Unlike Levi’s other restaurant, Vinland, where every ingredient is from Maine, Trattoria Fanny uses cured meats, cheeses, and olive oil from the old country. “I want to represent the everyday food of Italy, honestly and with integrity,” he says. “I’m not trying to reinvent the wheel. This is just trattoria dining as you would find in Florence or Milan.”

At lunch time, a salad of arugula with oil-packed tuna from Italy, white anchovies, marfax beans, and roasted wild mushrooms is perfect with a piece of the freshly baked focaccia. But at the bar, a diner is enjoying a large square of lasagna with meat sauce and a glass of red wine, both appealing. At dinner, the menu expands to include choices like brodetto chioggiotto, a seafood stew in tomato broth. Contorni (vegetables) are ordered separately, as they would be in Italy.

The wine list is, of course, all Italian and mostly all natural. Levi works closely with distributor Ned Swain of Devenish Wines to find “the kind of wines you would feel great about drinking, from small family farms, that are affordable.” Levi is hoping to host wine dinners and tastings in the near future. And a full bar will be available come summer.

Before we go, garde manger Matt Ferrel offers us a sliver of torta della nonna, a traditional Italian dessert that means “grandmother’s cake.” It’s the first time Ferrel has made this tart, and he’s eager for us to have a taste. Like all else on the menu, it’s homey and simple food—lightly sweetened pastry cream with hints of lemon and vanilla in a tender crust, topped with a few pine nuts. It would be the perfect complement to an espresso on any afternoon. “Italians eat out in this kind of trattoria. It’s affordable, consistent, solid food. We get it just right,” says Levi. “Mangia bene. Always eat well.” 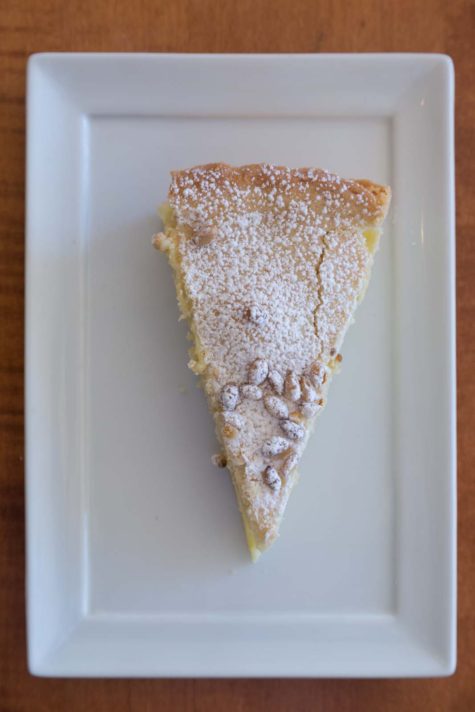 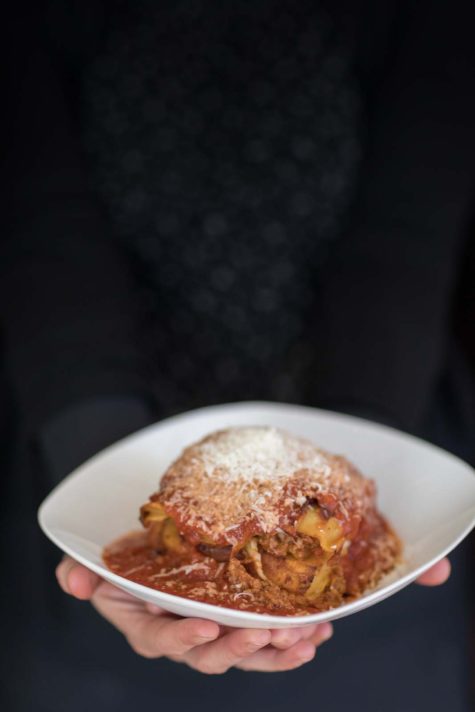