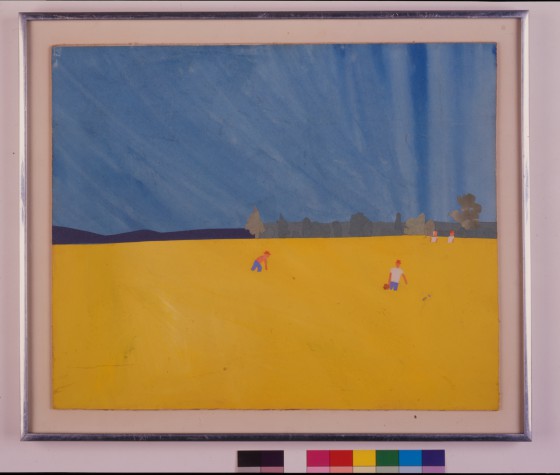 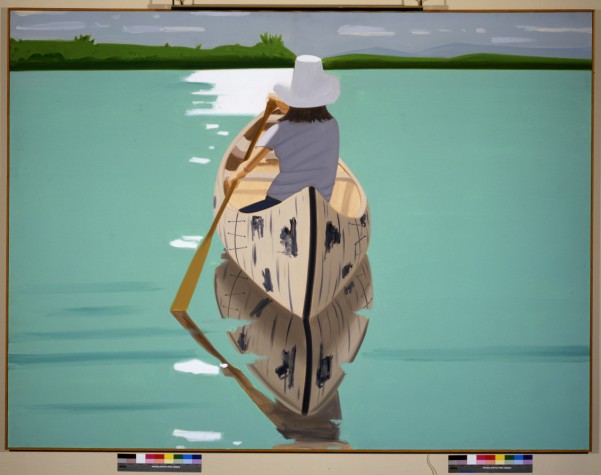 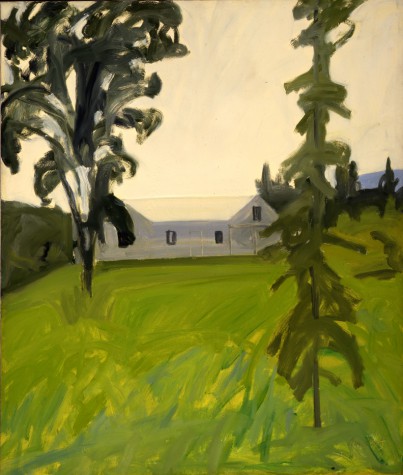 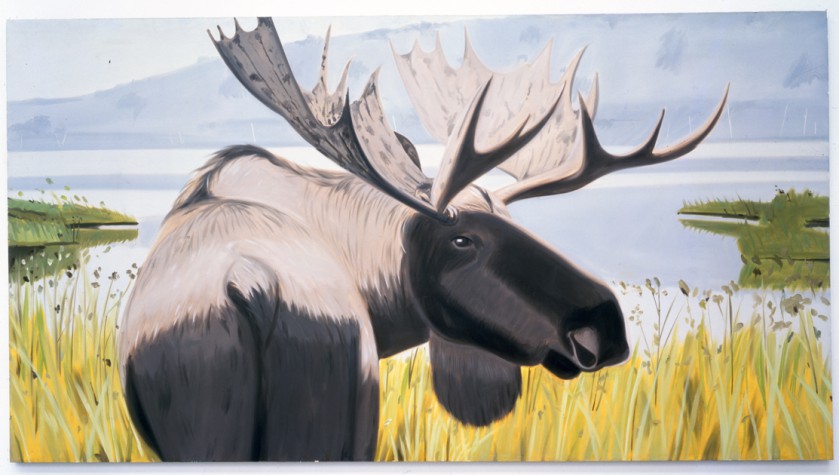 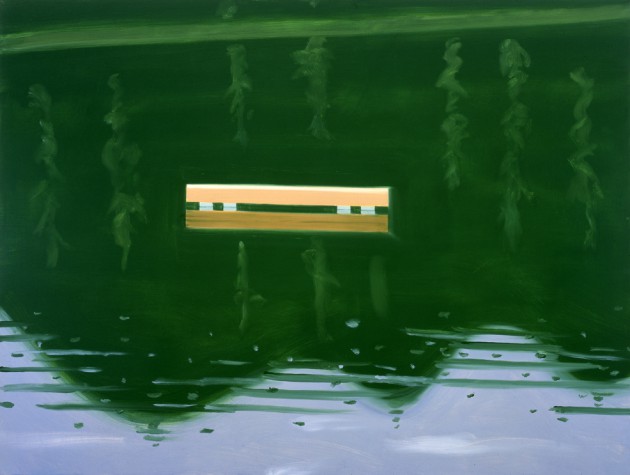 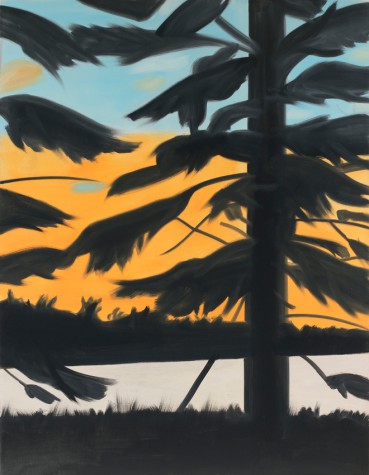 In Land We Trust

A journey to Maine has always promised an escape into the woods, a breath of fresh air, and the opportunity to lounge on pristine beaches. Thanks to a network of grassroots conservationists this will continue to be true. Forever.

For generations, Mainers have enjoyed—and perhaps taken for granted—the state’s vast wilderness and ragged shorelines. Our state’s beauty attracts newcomers, seasonal residents, and vacationers alike. As more and more people have fallen in love with the state over the past few decades, interest in real estate has risen dramatically, and untouched properties have become a coveted commodity.

In response to this rapid development, communities have created local land trusts. What largely began as small, informal groups of friends scraping together money and raising funds from neighbors has evolved into formalized nonprofit organizations. Today, Maine has one of the strongest land conservation networks in the country. The goals of these independent land trusts are as diverse as the landscapes they protect, but they all share an overarching mission to preserve Maine’s natural assets.

On a crisp summer evening, Tom Bradbury, executive director of the Kennebunkport Conservation Trust, stands before the bandstand under a white canopy at the trust’s crowded fifteenth annual lobster bake. With a microphone in one hand and a plastic cup of wine in the other, he speaks in a manner reminiscent of both a political campaign speech and a proud father’s wedding toast. “I’m looking for your enthusiasm,” he says. “People will see what we’re doing, and if they see the community as something important it will commend them to participate. Enjoy the James Montgomery Blues Band and enjoy the fireworks. Thank you so much for coming!”

About 200 people erupt into applause. A group of college-aged kids raise their beers and chant, “Tom! Tom! Tom!”

In the back corner, Dave Jourdan leans against a picnic table strewn with plates of lobster shells and corncobs. He chuckles. “Tom could be the mayor of this town! He’s a visionary. He sees the big picture and knows how to get there,” he says. Bradbury’s vision is simple, though its influence on the future of his growing community will undoubtedly be profound: preserve Kennebunkport’s natural heritage.

The trust’s conservation holdings include 1,000 acres of continuous wilderness, a significant percentage of the small town’s 14,000 acres. The Trust also owns the small islands that decorate Cape Porpoise Harbor and stand as visible reminders to all those who have gathered for the lobster bake. Bradbury takes a moment to gaze at the harbor. “The islands define the feel and the look of the harbor. In size they’re small, but in terms of value they’re priceless,” he says.
A development boom in the early 1970s spurred Bradbury’s initial interest in land conservation. “There’s a reason land trusts weren’t formed much before ours in Maine—it’s because you didn’t need them,” he says. “When I was growing up, we could go anywhere; everything was open.”

Around the same time, Peggy Rockefeller, the late philanthropist and supporter of many worthy Maine causes, was also concerned by increased development in Maine. She and a friend, Tom Cabot, founded the Maine Coast Heritage Trust to preserve the coastline her family had enjoyed for generations. The two reached out to grassroots conservationists and asked them to join their board. Tom Bradbury was among them.
Bradbury recalls one of the first board meetings he attended. He had borrowed a car from the general store where he worked at the time. “I’m driving up to the meeting at the Cumberland Club and the muffler of my Pontiac falls off. Luckily, I’ve got a coat hanger in the back. So I hook up the coat hanger to keep the muffler off the ground…I was a little bit late,” he says. As it turned out, Peggy Rockefeller also had transportation difficulties—the pilot of her private jet mistakenly headed toward her family’s Mount Desert Island home instead of Portland.

Grateful he hadn’t had to tell Ms. Rockefeller why he was late, Bradbury gives a full belly laugh at the memory. “The beauty of it was that we were at the same meeting for the same purpose with the same dedication. It doesn’t matter if you’re a pauper or a prince—the land is a common bond.”

Peggy Rockefeller and Tom Cabot’s project blossomed. Over the past thirty years, the Maine Coast Heritage Trust has preserved more than 130,000 acres of land, including 275 coastal islands. Warren Whitney, who manages the organization’s Maine Land Trust Network, explains: “When Peggy Rockefeller and Tom Cabot founded the Maine Coast Heritage Trust, they said we should connect landowners who want to conserve their land with organizations that can do that. They thought it would take some limited amount of time, maybe ten years, and then it would all be done. But of course,
we’re all still working hard at it today,
and there is still lots to be done.”
In addition to conserving land, the trust’s Maine Land Trust Network serves as an umbrella organization for the local trusts in Maine by helping these organizations access funding and by facilitating communication and collaboration. “The local trusts have grassroots awareness of their area, and so they work very well as a team with the resources that Maine Coast Heritage Trust has,” Whitney says.

Ed Kfoury, board president of the Rangeley Lakes Heritage Trust, spreads out a map on the table before him. “This is the Rangeley region. All of this dark green is ours,” he says. Kfoury points to a conglomeration of lakes straddled by the New Hampshire and Canadian border. “This is the Seven Islands property, part of 250,000 acres that goes north. This land here is spectacular and it’s mostly uninhabited. I have one, two, three townships I’d like to get my hands on,” he says with a grin that indicates he’s aware of the audacity of the statement he just made. “Most of the people selling land are doing it because they want to get a return, but they also don’t want to see their land trashed; they’re attached to it. We’re good people to sell it to. We’ve communicated with owners who say, ‘Now where are you going to get that kind of money?’ and I say, ‘We’re working on it!’”

The trust’s track record speaks for itself: since its inception in 1990, the organization has preserved roughly 12,500 acres of land, including 45 miles of lake shorefront. With his career as an IBM executive behind him, Kfoury focuses on the trust’s negotiations and funding—a happy marriage of his passion for land and his expertise in business negotiations. Some funding comes from grants, but local trusts are largely dependent on contributions from individual members, which can range from a few dollars to tens of thousands—or millions—of dollars.

Kfoury leans back in his chair. “Most of us, depending on what we’ve done in life, haven’t done things that are going to last forever. This stuff, done right, will,” he says.

On Maine’s southern coast, a stroll through Cape Elizabeth makes the nearby urban center of Portland seem a distant memory. Off a winding rustic road, the Jordan family’s farm stand teems with local goods. Penny Jordan throws her hands up as she marvels at her family’s empire of produce. “What more could you ask for? It’s like God’s country here,” she says.

The Jordans sell to the area’s locavores, supplying specialty grocers and soup kitchens alike. The family’s fields will be used as farmland in perpetuity due to a farmland easement the Jordans placed on their property under the guidance of the Cape Elizabeth Land Trust. Conservation easements are legal agreements that limit the use of a property, and they are generally tailored to fit the wishes of the owner and the assets of a property. Woodland easements, for example, can render property “forever wild” or allow sustainable logging and recreational activities. In this case, the farmland easement gave the Jordans peace of mind by allowing them to realize the value of their land without having to sell it for development. The easement also lowered their property’s assessed value, and the financial benefits have allowed them to expand the farm’s services, which include a mobile farm stand for elderly residents and an on-property restaurant.

Jordan’s Farm is now part of the more than 600 acres the Cape Elizabeth Land Trust has preserved. Other properties include Robinson Woods, where hikers can taste the salt air as they walk beneath 300-year-old trees, and a large part of the 7-mile patchwork of walking trails that traverse from Portland Head Light to Kettle Cove in Cape Elizabeth.

Chris Franklin, the executive director of the Cape Elizabeth Land Trust, sums up the importance of his work: “The varied land use, the scenic vistas, and the rural character of the town are served by open space. Our natural heritage creates our sense of place and sense of community. Once a property is lost to development, it’s gone forever.” Franklin is the only full-time employee of the trust, though the success of his work depends on the skills and dedication brought by board members and volunteers.

Ted Darling, the trust’s board president and a professional marketing strategist, was inspired to join the trust five years ago when the woodlands behind his house were slated for residential development. Using his skills in marketing, Darling organized fundraising drives that tripled the trust’s membership, now at 600, in three years. As the backbone of a trust’s work, volunteers such as Ted Darling will coordinate educational programs, organize guided hiking tours, and provide the manual labor needed to steward conserved property.

Farther up the Maine coast, rolling mountains and vast forests are valued for recreational purposes and are also home to fragile ecosystems. The Coastal Mountains Land Trust conserves property across fifteen townships in midcoast Maine. Staff here have used GIS mapping to locate ecologically valuable areas and establish preservation goals. Kristen Lindquist, the trust’s director of development and an accomplished poet, explains the balance the organization is working to achieve. “We’re protecting the land for people to enjoy, as well as for its many conservation values, some of which may be sensitive to overuse,” she says. “There is a fine line with encouraging people to appreciate the natural landscape firsthand without loving it to death.”

The Coastal Mountains Land Trust is raising funds to conserve Bald and Ragged mountains, which are home to the Camden Snow Bowl ski area and a small network of trails. The project would thoughtfully and carefully expand the trails—providing four-season access for hikers, bikers, snowshoers, and cross-country skiers—while simultaneously protecting ecologically sensitive areas.

Lindquist is a Camden native who left the area after high school to explore other parts of the country, but who couldn’t rationalize living anywhere else. “The reason I came back and stayed is because this is an incredibly beautiful place. The natural landscape is what gives it character and sets the stage for the quality of life we have,” she says. The blissful tranquility of Maine continues to leave her in awe, and during times of stress she steps outside, breathes in the clean air, and says to herself: I live here. “Everything else just falls away,” she says.

Lindquist works to connect with donors and connect donors to the land. “When they see what we’re doing to protect the places we all love, they want to support us,” she says.

The land trusts in Maine have created a natural legacy that will be enjoyed in perpetuity. In time, the founding conservationists will pass on the torch to another generation of devoted volunteers. Trusts across the state have developed programs—from summer camps to afterschool activities—in the hope of fostering passionate future stewards. In the words of Tom Bradbury: “You know what you love and love what you know.”