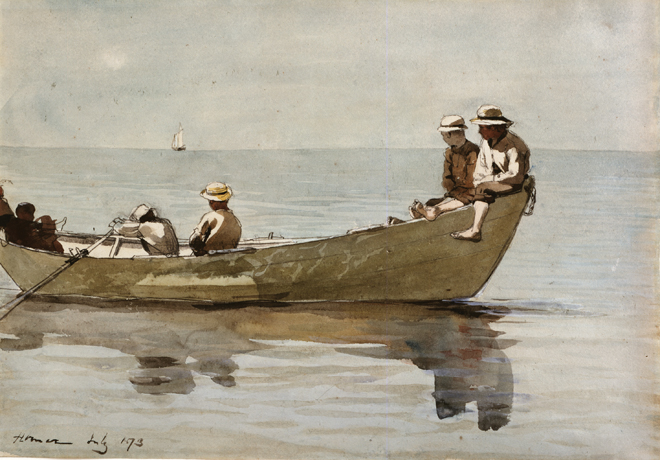 “In the summer of 1873, Winslow Homer painted a series of vignettes of children at play in and around Gloucester, Massachusetts. Seven Boys in a Dory represents one of Homer’s earliest experiments with the watercolor medium, which he tried seriously for the first time during this visit. The paint is applied freely and with confidence, and the pencil lines from the under sketch are clearly evident. According to noted Homer scholar Nicolai Cikovsky, Homer showed an almost immediate affinity for the medium, and had the same ‘untutored command of watercolor that he showed ten years earlier when he began to paint in oil.'”
Angela Waldron, Farnsworth Art Museum Registrar