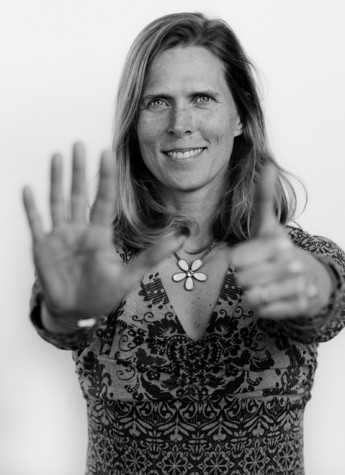 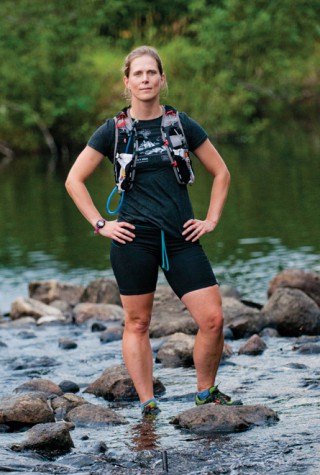 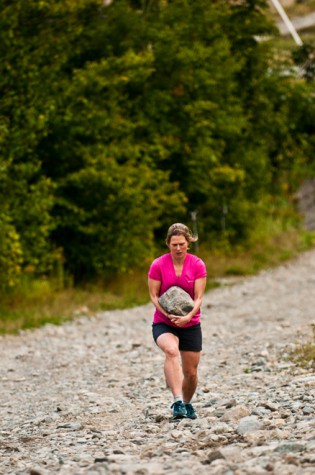 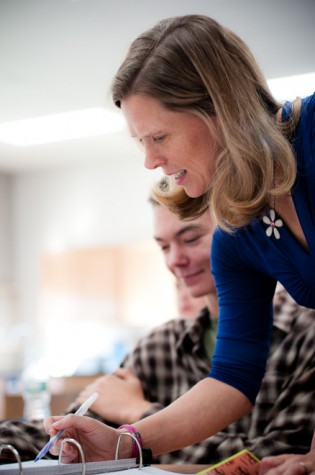 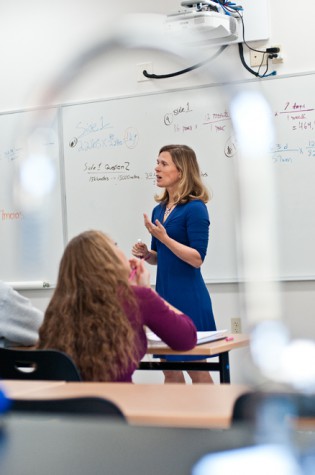 WELLNESS-December 2013
By Sophie Nelson
Photographs by Darin Back

Whole Beyond the Breaking Point:Obstacle and adventure racer Shelley Koenigs failure to fail and the discovery of her own limitlessness

After days of little to no sleep and coldness and wetness and dozens of miles and obstacles for the sake of obstacles, Shelley Koenig, high-school chemistry teacher and mother of two, was presented with a 60-pound backpack and told to hike eight miles up a mountain and back. Saturated with exhaustion, with her heart at her feet and her gut in her mouth, Koenig somehow managed to get the backpack on, and, buckling under the weight of it, walk toward the trailhead. Then she fell on the weighted pack like a beetle on its back.

Next there were tears and overwhelming doubt, and finally one faithful stranger and some deep-seated strength that brought her up and down and through the rest of the course. Koenig never gave up in the Spartan Summer Death Race, which, in the world of obstacle and adventure racing means a win, and admission into an elite group of crazy brave individuals who know themselves in ways most of us never will. Or so she tells me, and so I’m inclined to believe.

“The reasons I got into it are different from the reasons I’ve stayed,” Koenig says. We’re walking, slowly, through the trails of Sugarloaf’s Outdoor Center she often runs along. “I wanted to find out where my limits were but there was a little part of me that was reacting to other people telling me I couldn’t do it. There was certainly a little bit of, ’well you’re a woman and if most guys can’t do this why would you even try?’ And that gets in your bonnet. I got into it to prove something to all those people who said I couldn’t that maybe, I can. And a little bit of it because I myself wasn’t sure and wanted to find out what my boundaries were.”

A little over three years ago, Koenig began training for a Tough Mudder—the infamous 10- to 12-mile military-inspired obstacle course—with her best friend and fellow Sugarloafer Lani Cochrane. In preparation for the race, the two worked out in the woods whenever possible, hiking, lifting rocks and branches; they only retreated to the gym in the throes of winter. After months of training, they froze their asses off and laughed uncontrollably through electroshock obstacles and buckets of ice water and, after their first go at it, ended up qualifying for the World’s Toughest Mudder, a 24-hour event in December in New Jersey. “That’s where the mayhem started,” says Koenig happily.

She’s shorter than I assumed she would be, strong and light-hearted, with a voice I can’t help but call teacherly for its sweet crispness and explanatory lilt. In the woods she almost seems spritelike, blue-eyed and fresh-faced as she talks about the 60-mile adventure courses that take her around the country and even the world. She’s clearly enjoying herself; the workouts, though brutal, strengthen her not just physically. In fact, experience has proved that mental and emotional strength make the physically impossible possible.

“As the mountains take my strength,” writes Koenig on her Filthy Clean Living blog, “it empowers me to find strength in new places. Places I normally don’t need to tap into.” With trail-streaked Sugarloaf looming above us, she tells me that deep in the course of a 62-mile race, drawing on her reserve tank, the past and future dissipate, and she is as present as she’s ever been and utterly alive.

That feeling is different than what we’re feeling today, but not entirely unrelated. Surrounded by no one but trees and dirt and rock, along mountain biking trails braided with roots and noisy with birds and breezes through leaves, we’re experiencing a degree of aliveness atypical of a Wednesday afternoon. While I’ve stolen away from the office, Koenig is in her last week of summer vacation, which she happily spent camping with her husband, who is also a teacher at Carrabassett Valley Academy, and their kids. Access to the outdoors is critical to Koenig, and one of the reasons she loves living in Coplin Plantation, in the foothills of the high peaks.

She and her husband David moved to the area after graduate school at the University of Idaho and a claustrophobic year in Washington, D.C. Koenig had grown up in Auburn, spending weekends skiing at Sugarloaf, and, as a competitor in high school, on mountains throughout Maine and New England. Just around the time she and David were looking to relocate, her parents were selling the camp she’d grown up spending every wintry weekend in. She convinced them to sell it to her, and she and David have lived there ever since. “I got almost all the way to the West Coast before I was scratching my head, saying, ‘God, I really miss Maine. I really miss Sugarloaf.’”

And so, one of the fiercest competitors in the world of obstacle and adventure races remains among the mountains that helped raised her, running chemistry experiments with teenaged students who occasionally join her for races in the New England area. This past August, her kids—ages seven and nine—took part in their first Jr. Spartan Race Course. Koenig jokes that some of her hardest workouts involve them telling her what to do (seemingly impossible numbers of burpees, for one thing), and apparently the proud pair have turned the back yard into their own obstacle course of sorts.

That original nagging question—“Can I do it?”—has been answered with a sweaty, muddy, resounding affirmation. And “What can’t I do?” is less interesting to Koenig than the actual doing of it, of facing a moment with nothing but that moment in mind. “If you feel strong, you are strong,” she says simply, and for a while after that we simply enjoy a couple of raspberry popsicles studded with seeds, looking out over a pond and the blue-hued mountains of her hometown.