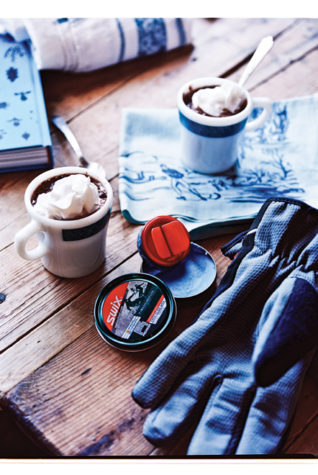 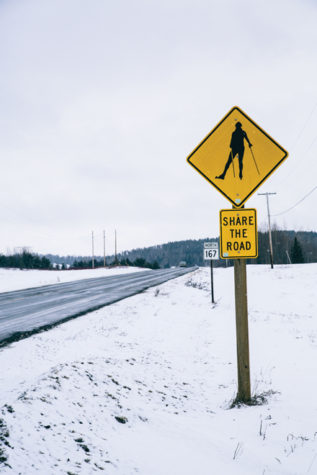 Back inside from Nordic-style snow and ski adventures, its time for mugs of hot chocolate. 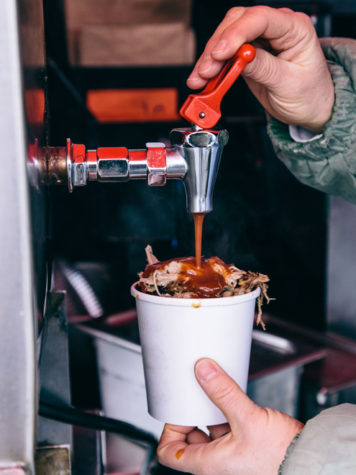 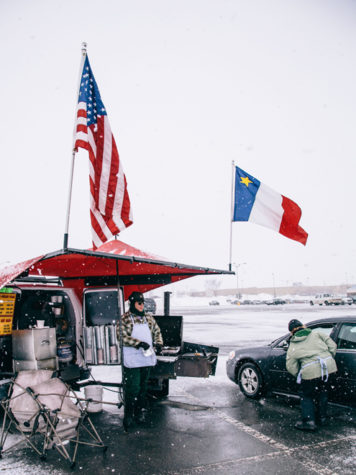 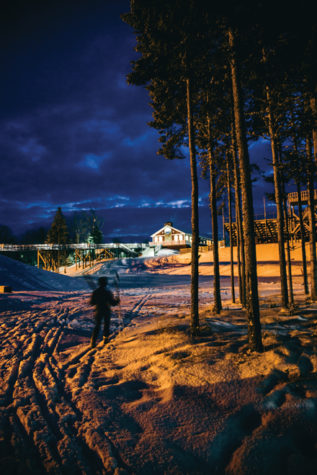 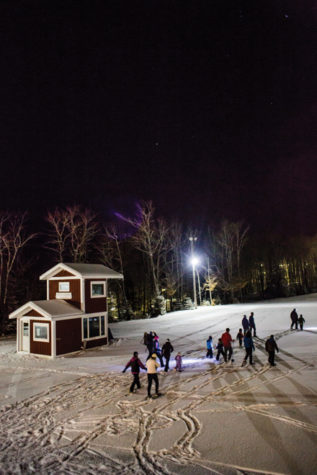 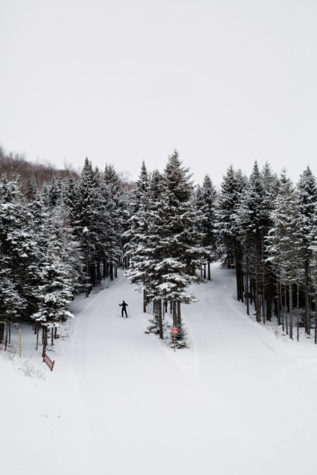 Within 20-30 miles of Presque Isle are the original Swedish villages and farms, adrift in snow in winter. 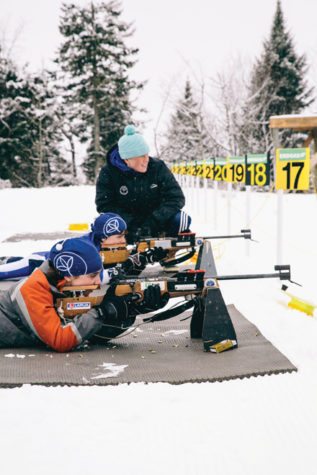 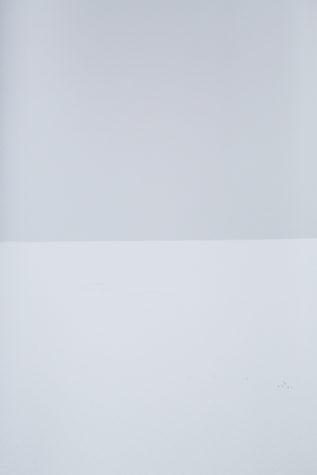 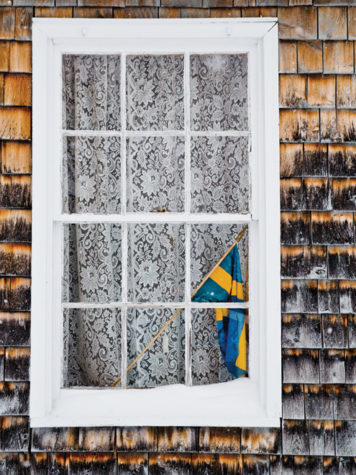 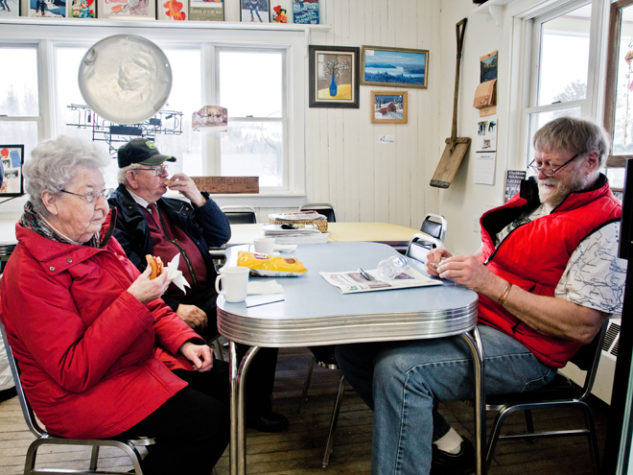 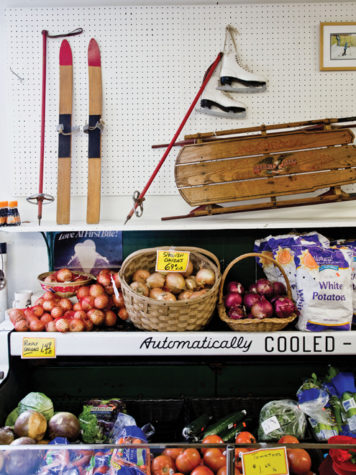 The skate-ski signs around Presque Isle are a sure signal that youre in Nordic sports territory. 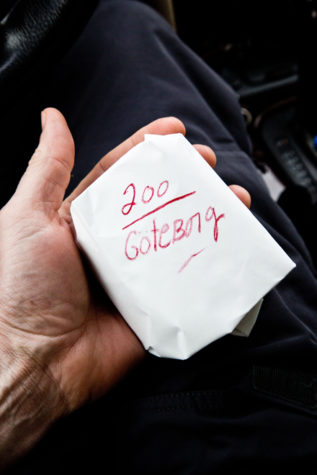 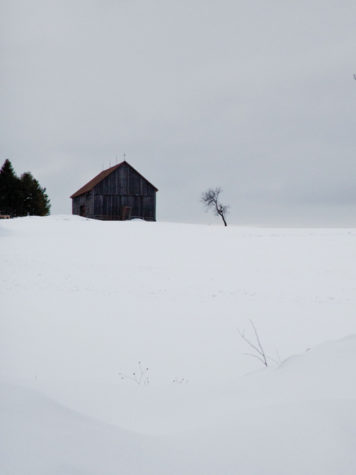 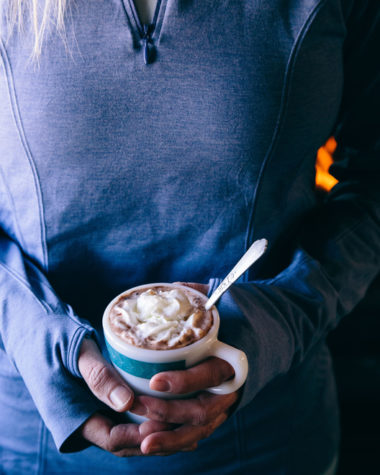 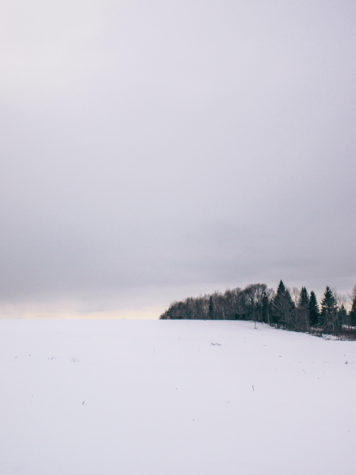 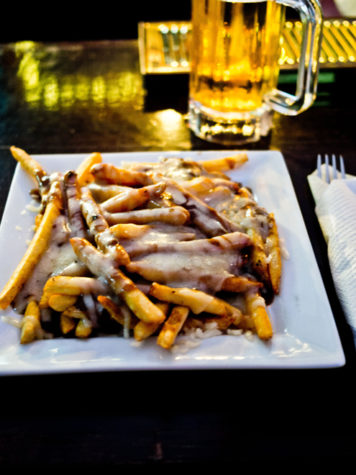 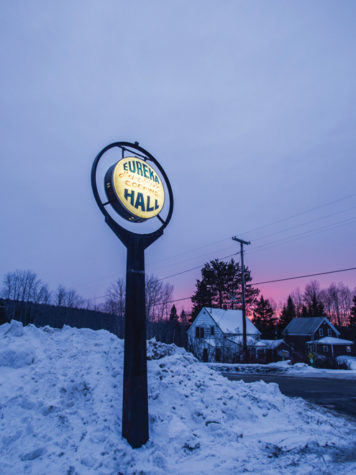 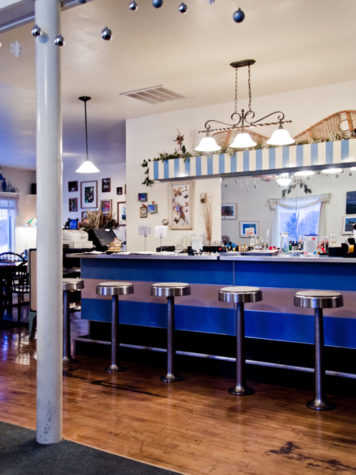 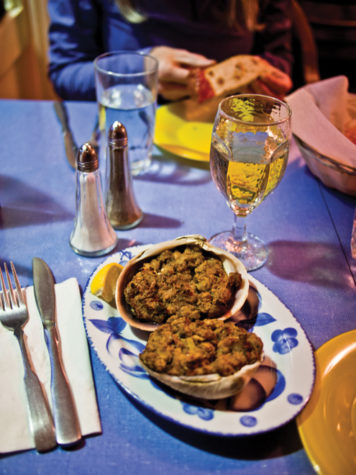 Night skiing where Olympic athletes train, at the Nordic Heritage Center in the town of Presque Isle in Aroostook County.

This part of vast Aroostook County can quickly turn into a winter wonderlandespecially at a Swedish-style lodge and trails situated more northerly than Montreal, and practically due east of Quebec City.

A blizzard hit last weekend and another is on its way. It’s mid-winter, and in a four-wheel-drive wagon we’ve made it to what looks to me like a mythical Norland—the great white North. In Aroostook County today, the landscape is the stuff of snowy dreams. Except where powerful trucks are pushing angled plows across roadways, a froth of white stretches across the rural scenery, barely disturbed. On Route 167, the color palette includes a cool white edged in blues, the deep green of spruce pine, and every shade of gray. Huge flakes are blowing down on Presque Isle, and we soon turn onto a white-blanketed lane to the cross-country ski destination I’ve read about in winter news reports of Olympic-level athletes in training.

The Nordic Heritage Center has always seemed too far away, and I thought it might be reserved only for elite skiers. Then I learned the real story. Open since 2002 as a gift to the community, use of the trails is free for anyone who’d like to ski or snowshoe (donations are welcome). The mission of the nonprofit Nordic Heritage Sport Club that operates the center is “to re-establish skiing as a lifestyle in central Aroostook County,” and the community obviously takes winter fun seriously. In emails one of the local staff, Mike Smith, says the snow is deep and we couldn’t have picked a better weekend to visit.

I notice some things right away up in “The County.” (At 6,453 square miles, Aroostook spans an area greater than the size of Connecticut and Rhode Island, combined.) Here, inside and on top of many of the trucks and cars are snowshoes and skis—particularly since we took the exit from I-95 toward Presque Isle. Instead of a graphic of a bicycle, the yellow, diamond-shaped “share the road” signs here show a figure on skate skis. Winter sports definitely dominate. When we park at the Nordic Heritage Center and start exploring, the wood-paneled sauna is plenty hot downstairs, and upstairs, the large stone fireplace is stacked with wood and crackling with fire. An after-work crowd is gathering, hanging up their parkas and saying hello to each other—singles, couples, families. The flurries have started and stopped most of the afternoon.

Built on a hill, the Nordic Heritage Center is structurally impressive. The architecture of the red, wooden lodge building and waxing sheds  nods to the influence of Swedish immigrants who settled in nearby New Sweden and Stockholm. Old photographs, long wooden skis, and news clippings at the Center help tell the story, which begins in the 1870s when 21 families from Sweden were enticed to live in the northern reaches of Maine by officials sent by then-governor Joshua Chamberlain. The hardy immigrants are credited with bringing along Swedish traditions of food and culture, and for being the first to introduce Nordic skiing to America.

When night falls, the snow outside sparkles. An outdoor arena with bleachers is beside the lodge, and groomed, lighted trails allow skiers to loop and weave through the woods and meadows all around. A couple dozen adults and children soon pull on headlamps and snowshoes and step off into the night for a social event that the Center’s hosting that night called the Frozen Cupid Snowshoe Run. Speakers from the lodge send music from Outkast, Madonna, and Beyonce echoing into the winter night. I want to join in so I strap on snowshoes, too, and venture out, stopping often to look back at the glowing lodge. In the romantic, snow-glistening scenery, I see a snowshoe-wearing couple in the distance on the trail holding hands.

The frosty air eventually drives me back to the warm lodge, and we decide to return to downtown Presque Isle where we’re booked at the largest hotel in the town of about 9,500 residents. (It’s a comfortable Hampton Inn.) First, though, it’s time for dinner. As snow piles up slowly on our car outside of Bou’s Brew Pub on Main Street, we taste Long Trail’s Hibernator beer and hot-from-the-kitchen plates of gravy-drenched poutine, and then “po-tacos” of seasoned meat, cheese, and salsa tucked into a hollowed-out potato skin—this is the heart of potato country, after all.

The Nordic Heritage Center is buzzing with skiers in the lodge and on the trails the next morning. That’s where we meet Jane and Paul Towle, a handsome couple who have been instrumental in helping to continue the Nordic sport legacy in this part of Aroostook County.  A skier himself, Paul tells me a little about his father, Hiram “Himie” Towle, a Fort Fairfield High School “superman on skis” in the 1940s who continued to promote skiing throughout his life. Posters around town and at the Center tout the annual Himie Towle Memorial Ski Frolic at the Center. His father “wanted everyone to ski,” Paul says.  “He could always find the snow, even if it was along a treeline and he had to take kids by snowmobile to get to it.” Jane Towle is director of the International Biathlon Union (IBU) Youth/Junior Biathlon World Championships that will be held at the Center in late February and early March—just after the Olympic Winter Games in Sochi, Russia. At Presque Isle, she says, competitors from more than 25 countries are expected for the competition that combines Nordic skiing with rifle marksmanship. Looking across the biathlon target range and bleacher seating—the field looks comparable in size to a football or soccer field—it’s a stretch to imagine an international competition taking place here.  The Aroostook County facility has hosted such events before, however. Yet many people in Maine aren’t familiar with the Center, Jane admits, even though it has clout on the world biathlon scene. “If you’re from Innsbruck, Austria or other biathlon hot spots in Europe, you’ve heard of Presque Isle, Maine.”

One by one, skiers glide up to the 30-lane target range that morning, where Seth Hubbard, a biathlon coach originally from Farmington, is standing by. “In biathlon, the idea is to shoot clean and keep going,” he explains. We’re lucky enough to get to watch Katrina Howe, an accomplished biathlete from New Hampshire who now lives in Fort Kent so she can train at the facility. Hearts racing from skiing, the athletes have to make an instant transition from fast motion to stillness. Today is not a competition, but is a relaxed morning practice session for beginners and elite skiers. Still, it’s amazing to watch Howe and others ski past and then stop and calmly shoot from both a prone and standing position, arranging their bodies to cradle the boxy rifle securely. They aim at low and high targets at the opposite side of the field. Hubbard gives direction and watches the targets through a scope, so he can tell each skier if it’s a hit or a miss.

Within 30 miles of Presque Isle are the original Swedish villages, and we drive up to see. Near the Caribou Country Club, a sunny, snow-covered hillside is filled with sledders on toboggans. Here and there, the Swedish flag is flying or is painted on signs, the off-center yellow cross on a field of blue standing out against the snow. Among the farmhouses and cottages of rural New Sweden (population 650), the simple white-painted buildings of the New Sweden Historical Museum and Scandinavian Gift Shop are closed for winter.  Even though the official population of Stockholm numbers only about 250 people, the town center has a couple of downtown businesses that are lively. Originally settled by French-Canadian and Swedish residents, Stockholm has a century-old general store, Anderson’s Grocery, with wooden floors and Swedish sill (herring) in quart jars in the deli case. On the walls is memorabilia from the town, including runner sleds and posters from early-1960s Winter Carnivals, other fare includes aisles of basic pantry stock, hot coffee, Danish pastries, sandwiches, and Goteborg (dry Swedish sausage) sold by the pound. Residents gather at the couple of tables in front for conversation and newspaper reading.

Not far from the store, we park at the Stockholm Town Hall and click into our own skis. I’d heard that this double-looping trail is a good one. Ours is the only car in the lot when we start, and find the groomed trailhead that leads into the woods. After several minutes of passing no one else, we come upon a man on a snowmobile pulling the grooming equipment. He has aluminum snowshoes lashed to his sled and he suggests we also try Jack’s Trail in Stockholm “near the big red barns” on Donworth Road. I’m content with where we are, though. The sunlight is getting lower and slanting through the trees on the skating and grooved tracks. All is hushed. On these trails and at the snow-blanketed grounds around the New Sweden museum, I believe we’ve discovered some of winter’s most peaceful places.

On the return drive, we stop at Eureka Hall, also in Stockholm. Nearing sunset, its vintage lighted sign is a round, glowing beacon on a tall post. As we park, headlights from snowmobiles flash across the road and pull in, one after another. The large building that I learn once housed a basketball court and a bowling alley is now home to the casual Side Track Tavern downstairs, with a dining room upstairs arranged with Formica and chrome kitchen tables near large picture windows. In the tavern are more people than I’ve seen all afternoon. The ceilings are low, many customers speak French, and sledders’ helmets are lined up on tables and ledges under snowmobile trail maps. Several people order hot chocolates—spiked and not—that are served in tall, parfait-style glasses with straws and gobs of whipped cream. We settle in for awhile, especially when I find that the menu upstairs and down includes all kinds of hearty meals just right for travelers just in from the cold—stuffed quahogs on the half-shell, German rouladen, Hungarian goulash, Wiener schnitzel, Thai curry with haddock and shrimp, and even fried zeppole for dessert.

My head and heart are filled with winter now. Later that night, as we’re safely tucked in at our hotel in Presque Isle, the snowstorm blows fiercely. By morning, a new blanket of white covers everything, and we decide to begin early for our return drive. Hot cocoa visions dance in my head as we slowly make our way. (Somehow, I missed ordering one last night.) The blizzard has left the northernmost miles of I-95 looking like little more than a ski trail waiting to be groomed. At times, it’s almost impossible to see the interstate highway’s path, but we make our way. What an interesting, exciting winter interlude it’s been. When we finally arrive at our own midcoast cabin, one of the first things I do is heat up a saucepan of milk. I’m ready for that mug of hot chocolate now, complete with piled-on whipped cream that reminds me of the days just past, drifted like snow.