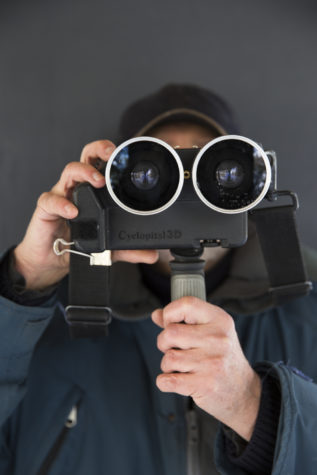 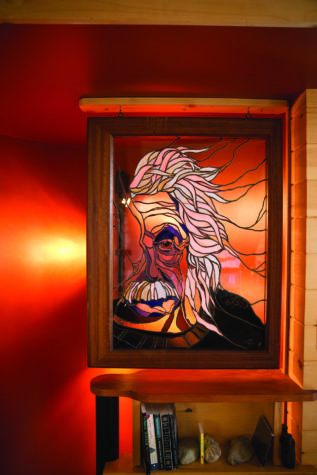 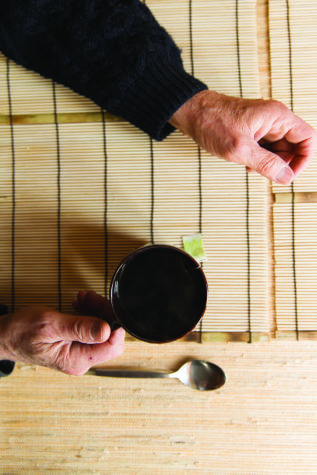 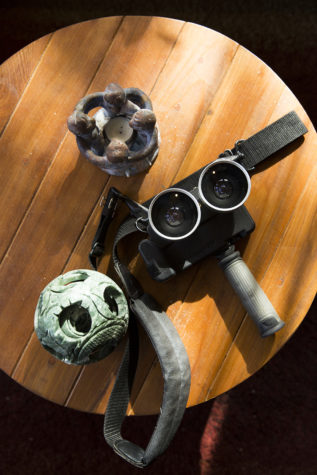 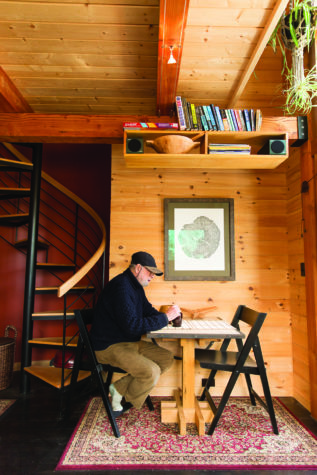 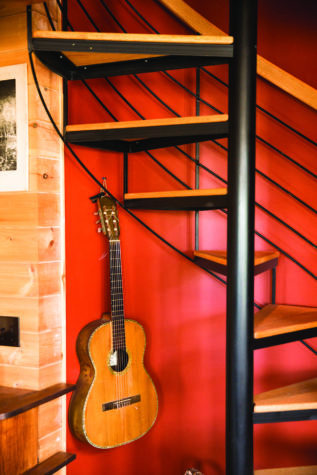 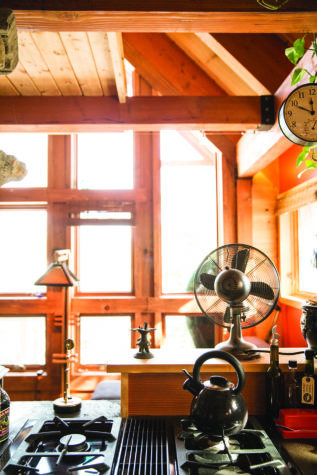 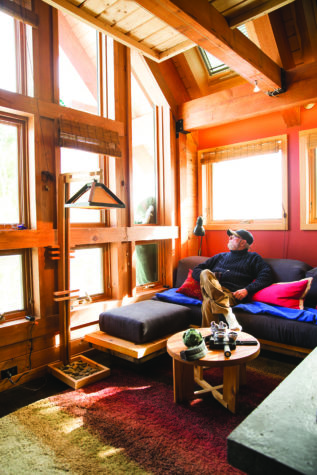 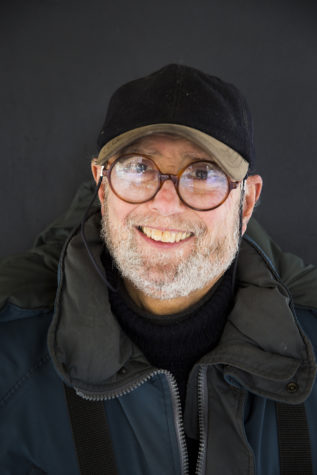 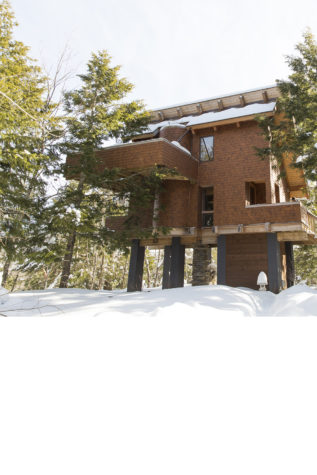 Working at the National Aeronautics and Space Administration (NASA) during the 1960s, 22-year-old Roger Richmond was in an enviable position. “I was with NASA when Apollo 11 was on its way to the moon,” says Richmond. “I was vicariously participating in all of that excitement.” Richmond was not your typical NASA consultant. “There were 5,500 engineers and one architect,” says Richmond. “I was that architect.”

As a student, Richmond was intrigued by the idea of space exploration—both within and beyond the earth’s gravitational sphere. He was particularly interested in astronauts’ living experience in space. As an architecture student in the master’s program at the University of Florida, Richmond developed a thesis project that enabled him to consider the implications of life in space more broadly. “I wanted to do something that was involved with space— something off the earth. I got to thinking, ‘Wouldn’t it be amazing if there was a moonport that was based on architectural principles, rather than just engineering principles?’”

The moonport is a place where astronauts live as they prepare for space travel, which Richmond explains is a necessary transition. “We must help the astronauts get better prepared for extraterrestrial environments,” says Richmond. NASA had designed the original moonports for safety, he explains. “Engineering came first because of survival: space was a very, very hostile environment.” NASA agreed to let Richmond do the research for his project; by the time he had completed his thesis, NASA had offered him a job as the first architect to work for the organization.

Richmond wanted to design the interior of spacecraft to enrich the lives of astronauts who, for months at a time, are separated
from the environment in which our species evolved. Unlike the static atmosphere of the moon, the earth offers constantly changing stimuli, such as time, seasons, temperature, and light. “The moon research base was designed to reintroduce some of those stimulations into the environment,” says Richmond. Richmond went on to design zero- and artificial-gravity living environmentson space stations and for planetary fly-by missions. He eventually wrote a book for NASA about the human experience in a sealed environment, called Interior Design of an Intermediate Zero-Gravity, Earth Orbiting Space Station.

Wanting to understand better how our surroundings can be modified to impact our quality of life, Richmond worked on a doctorate in architecture at the University of Pennsylvania. There, he studied conceptual architectural design theory with renowned architect Louis Kahn. Kahn became one of Richmond’s most influential teachers. “Architecture,” Kahn once said, “is the thoughtful making of space.” Richmond agrees. “Whether we design our own space, or we have someone come in and design it for us, it’s going to have an impact. It could be positive. It could be negative.” Space, says Richmond, is a silent partner in our lives.

By 1981, Richmond had moved to Maine to help establish an undergraduate architecture program. He wanted to teach the theories he had been studying about the impact of space on humans. “It took eight years to get the first class accepted at the University of Southern Maine, but it was canceled after a year in favor of other projects.” Richmond then
tried teaching at the Portland School of Art (now the Maine College of Art), but classes were discontinued because they did not have enough of a fine-art focus. Finally, Richmond approached the University of Maine, Augusta. With the help of Professor Robert Katz and “an open-minded administration,” Richmond successfully lobbied UMA to begin an associate’s degree program. More than 25 years later, UMA is now on track for professional accreditation in offering a five- year bachelor of architecture degree, and is, says Richmond, “the best financial deal in the country in terms of studying architecture.”

Following his move to Maine, Richmond began collaborating with fellow architect Terry Cline on what he describes as space therapy. “Your home may have satisfied the building codes. You have all your furniture. Everything in there is legally, morally, ethically, and spiritually correct. Except that it’s missing this little piece,” says Richmond. That piece is the interaction between human and house. “We go into people’s homes and we tell them how the space may impact their behavior over the long term.”

Richmond gives the example of a couple that is experiencing marital issues. Looking at the bedroom, he finds it cluttered, and lacking intimacy. “Here’s the sad part,” says Richmond. “They will go to a marriage counselor. Then they come home to the space that may be contributing to the problem in the first place. All the good work that the counselor may be doing is being undone by the environment and they don’t even realize it.”

The acoustics of a space can contribute to a positive (or negative) living environment. If there are a lot of hard surfaces, they will cause sound to bounce around and create echoes. “Scientific studies show that the higher the reverberation time, the less intimacy is experienced. If you want an intimate experience, you use the furniture to help quiet down the sound. You use the curtains. You use a plant. You make the acoustics calmer.”

Richmond also often uses light, including appropriately placed windows, in his designs. “There are no two seconds of light since the earth formed that have ever been the same. Every single moment of light is different. Now, what’s the relationship of that to us? Every single moment of our life is different. We have a natural connection to that idea.” Light, says Richmond, is like a living being. “I used to tell my students that you can never feel completely alone in a sunny space.”

Humans will always need to feel connected to the places in which they live and visit; they need to feel as though they fit into
a larger design. This concept is known as scale, and has not been a consistent priority in the post-industrial world. “Why does everyone love to go to Europe?” asks Richmond. “Because Europe was really designed before the automobile was invented. We go there, and we walk around and we have this feeling of how warm the place is, and how charming.” In contrast, Richmond describes the United States as younger, and more automobile-oriented. “We design for cars more than we design for people.”

Richmond, who lives with his wife Beverly (and cat Nora) in South Freeport, continues to consider the use of space,
in ways both professional and personal. He recently used his design expertise to complete a second home in Camden. He remains an adjunct faculty member at UMA and was voted “Student’s Choice Faculty of the Year” in 2001. A stereotactic photography buff, he has given more than 200 educational presentations on the subject, from Maine to Kenya.

Richmond considers the human interaction with space a “womb to tomb” experience. He believes we are continually influenced by our environment from our earliest years. For that reason, he contends, we must be mindful of the constraints that we place on the spaces we inhabit— whether we are in an extraterrestrial situation, or living here on Earth. “We are actually bigger in our physical selves than the boundaries of our skin,” says Richmond. “We extend out into space.”