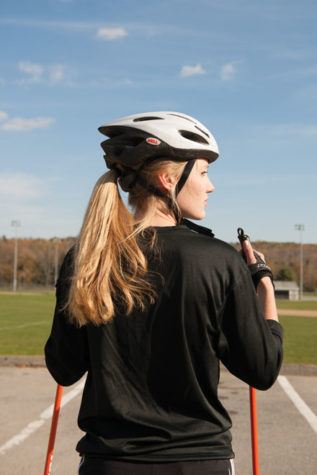 For Maranacook Community High School, getting in shape for the ski season begins before the snow flies. 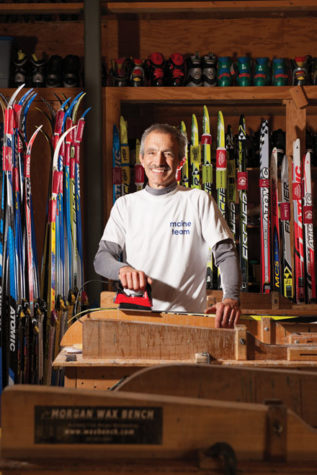 Steve DeAngelis earned a degree in chemical engineering at the University of Maine before decid- ing to change direction and become a teacher and coach. 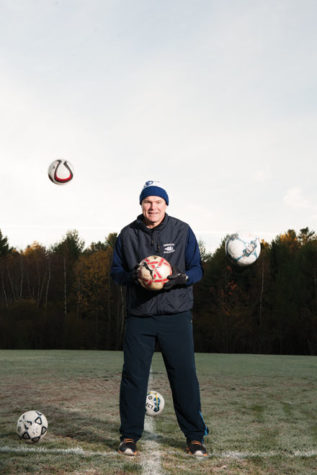 Rich Smith began his ca- reer as a football coach at Deering High School. Soon after, he got a job coaching boys soccer and teaching at Yarmouth. Now the girls varsity soccer coach, he has never looked back. 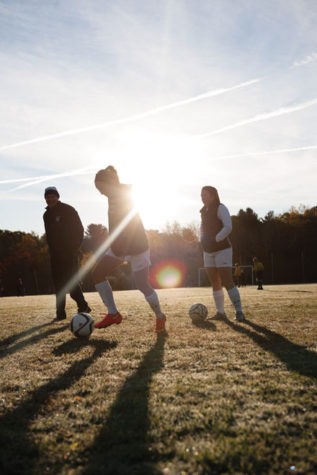 Yarmouth High School began its girls soccer program in 1987. By 1995, they had won their first state championship 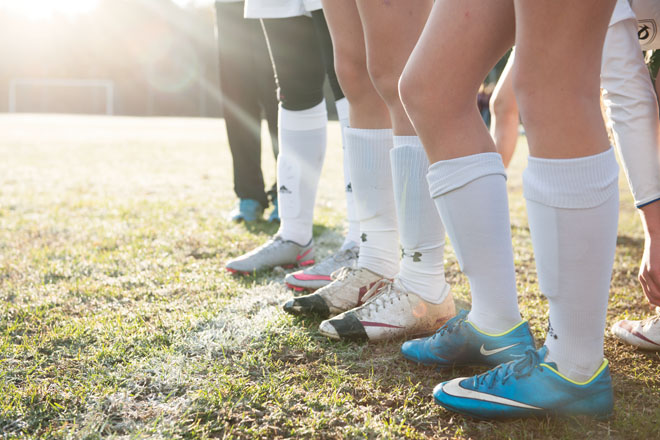 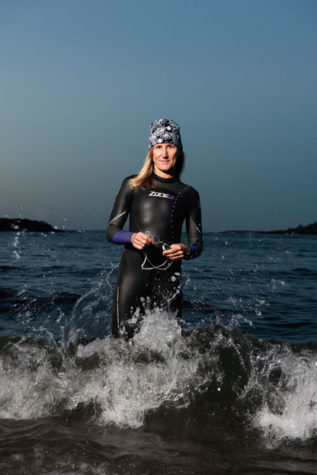 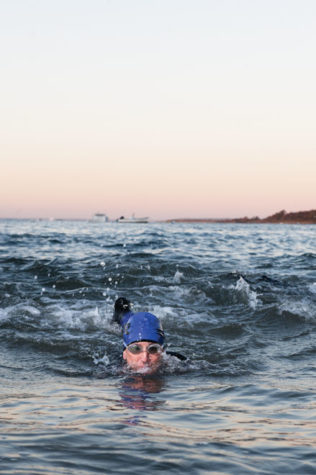 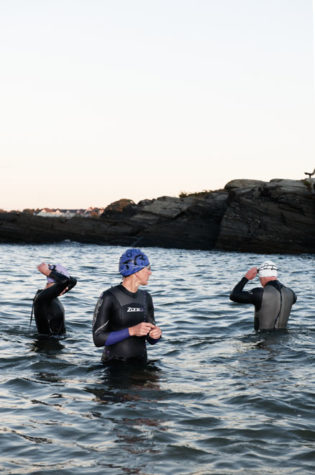 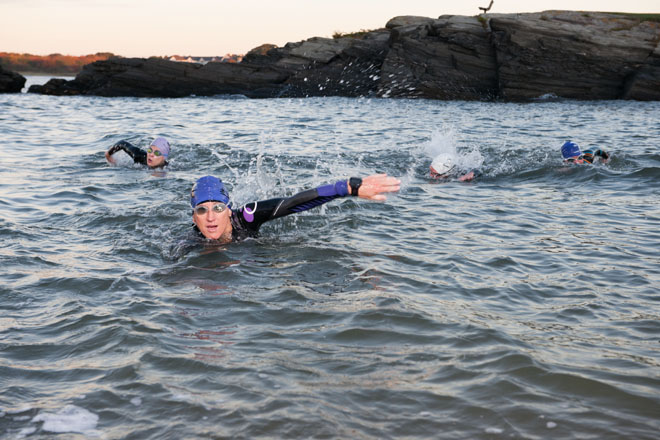 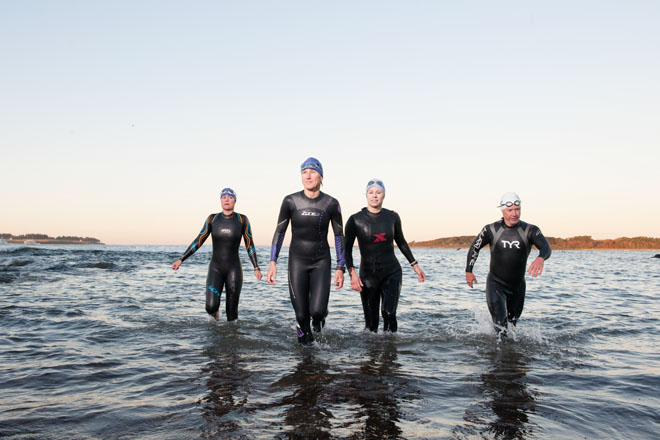 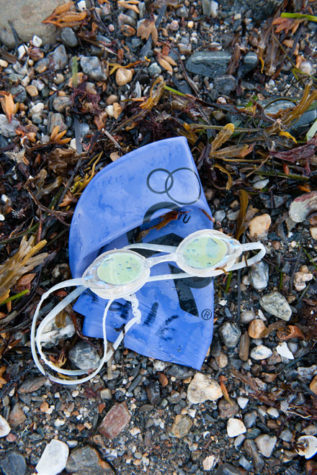 In 1965, the University of Maine football team traveled to Orlando, Florida, to compete against the East Carolina Pirates at the Tangerine Bowl. Although the Pirates bested the Black Bears with a score of 31 to zero, the event earned a place in Maine sports history. This is the only postseason bowl game that the Black Bears football team has ever played.

Last fall, the University of Maine honored their bowl team with a place in the homecoming parade. Former fullback Charlie Belisle of Biddeford stood proudly among the group of 70-year-old men, each having donned his football jersey for the occasion.

Never one to boast about his accomplishments or live in the past, my father, Dr. Charlie, nonetheless raised ten children and 17 grandchildren with an appreciation for athletics. His 1965 victory aside, my father never focused on winning seasons, but always emphasized perseverance, teamwork, and the love of a physical pursuit.

Yarmouth High School girls’ varsity soccer coach, Rich Smith, is similarly a believer in these ideals. Also a former University of Maine football player, Smith has been a teacher and coach for three decades. Originally from Medford, Massachusetts, Smith has eight siblings, and sports were integral to his family experience. “My dad was a high school football coach at Boston Latin,” says Smith. “I used to go to his football practices and his football camps. Of my four brothers, three played college football as well. It was just ingrained in us as kids.”

Teamwork is important to Smith— whether on the playing field or in his fifth grade classroom at Harrison Middle School. “As a coach I try to promote teamwork by creating an environment where my athletes work hard and care about each other. ‘It is amazing how much can be accomplished if no one cares who gets the credit,’” says Smith, quoting John Wooden.

Although individual athleticism is a frequently touted virtue, understanding how to engage and collaborate with others in a safe and effective way has become a necessary teaching point in our solo-oriented digital culture. Being on a team fosters a sense of connection with our schools and communities. It reinforces the necessity of sportsmanship, no matter the outcome of a competition. Learning a sport, whether as part of a team or as an individual, also helps us to know our bodies. We learn our weaknesses and our strengths; we know what we must work harder at and what brings us unbridled joy.

Maranacook Community High School Nordic ski coach and science teacher Steve DeAngelis believes that sports can have a positive impact on long-term development. “Nordic skiing is a great way to teach some of the life lessons that I want my kids to learn,” says DeAngelis, who is also a half- time dean of students at Maranacook. “It’s a sport that requires intrinsic motivation. Nobody comes out for Nordic skiing because there are going be big crowds of people cheering. If you’re a Nordic skier in Maine and you’re really successful, your parents and a couple of other people might be there when you cross the finish line.”

Rather than advising them from afar, DeAngelis, who lives in Readfield, works out regularly with his athletes. “I stuck with Nordic skiing for a couple of reasons: I love being outdoors and it’s still something I can do with them every day. I can still ski with most of the students—except the very fastest ones. That’s always been a big part of it.”

DeAngelis expects that his athletes will help one another to evolve and excel. “At the start of the season, we have about 50 kids on the team and I’m often the only adult,” says DeAngelis. “The older kids know that if we’re going to get better, they have to teach the younger kids. That’s part of the tradition. It’s awesome to watch kids grow and change in a way that is almost without public notice: it’s all within themselves.”

Carrie McCusker knows about internal motivation. She was raised in New Hampshire and Alaska, and she skied for Middlebury College. She coached Nordic skiing at Bowdoin College and Cape Elizabeth Middle School, but transitioned to helping with high school ultimate as her kids got involved. The sport is very challenging and athletic, but also fun. “You have to be doing it for the love and the passion of it,” says McCusker. “If kids walk away with a lifelong desire to stay active and benefit from the experience of participating on a team during their youth, we’ve succeeded.”

McCusker, herself the mother of two, understands the pressure to get students involved in multiple after-school activities. “Time goes by really fast, then you look back at it and think, ‘Did we spend enough time doing other things?’” She now likes the flexibility—and self-governance—that ultimate offers kids. “In the ultimate community there are no cuts. You can come out and play even if you’ve never thrown a disc and you will be welcomed onto the field. Kids just want to get out and play. Too often we assert too much adult control into youth games and take a lot of the good things out of the experience.”

In some instances, student athletes focus obsessively on one sport, which can cause stress on families. “Students feel like they need to go to a national tournament to prove how good they are. Parents drive their athletes around and spend all kinds of money, but that’s when you lose balance in your family and you lose that balance in your life,” says Smith. “I think it’s really difficult for parents to know where to draw the line and where to say, ‘No, we aren’t going to be able to do this.’” Smith recommends kids getting involved in multiple sports.

McCusker believes that being a well- rounded individual and an athlete can be a lifelong pursuit. “I may be very serious when I train or race in a triathlon, but I do it because I enjoy all of it,” says McCusker. The athletes she works with range from high- level competitors to those just choosing a race goal and starting to figure out how to fit training into their lives. “Being an adult athlete is a lifestyle that prolongs youthful energy. You don’t have to be fast, but you need to be balanced and consistent in training, which is a good analogy for living life,” she says.

No matter how old we may be, it is possible to find enjoyment in moving our bodies enough to stay healthy—whether playing ultimate, competing in triathlons, or taking a walk in the Maine woods. It is also possible to learn larger lessons, such as finding balance, persevering in the face of adversity, and working as a team.

These are ideas that we might seek to infuse into our lives as adults, even as we are educating our children to do the same: ideas espoused by wise people like my father, Dr. Charlie Belisle, member of the 1965 University of Maine Black Bears Tangerine Bowl team.