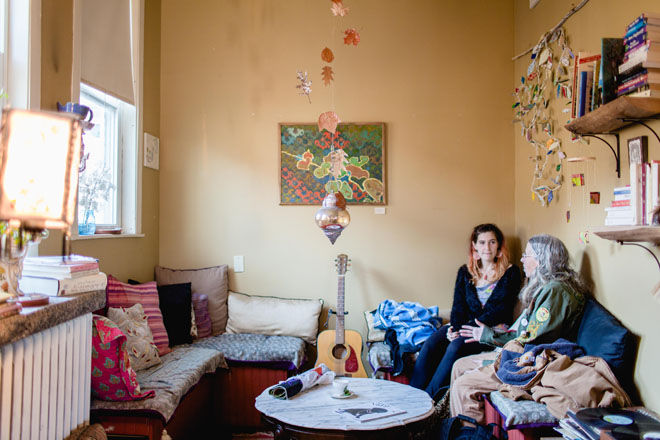 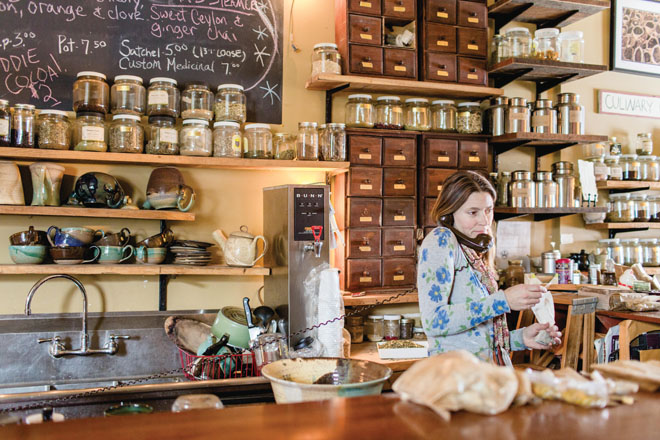 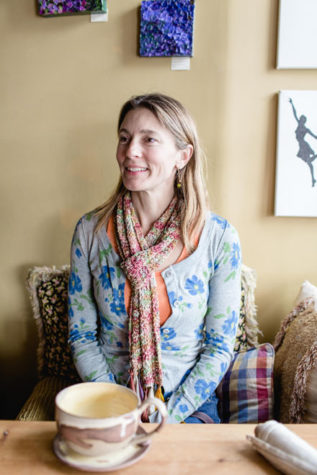 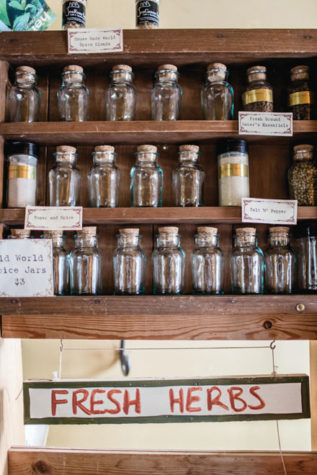 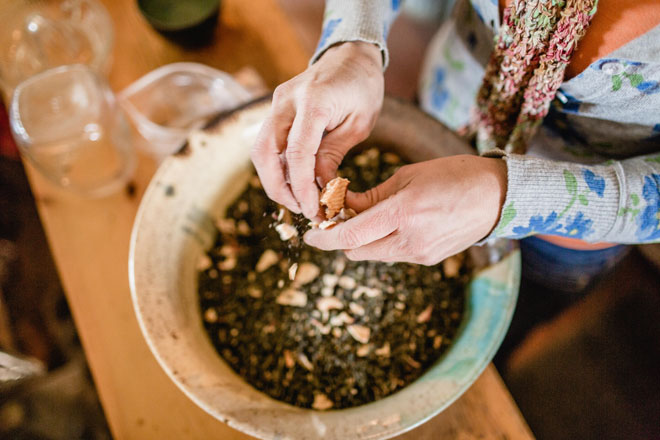 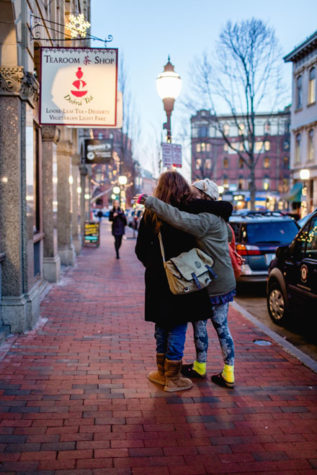 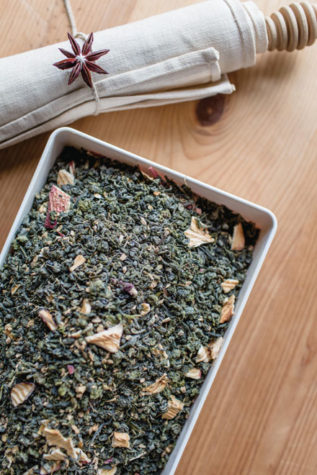 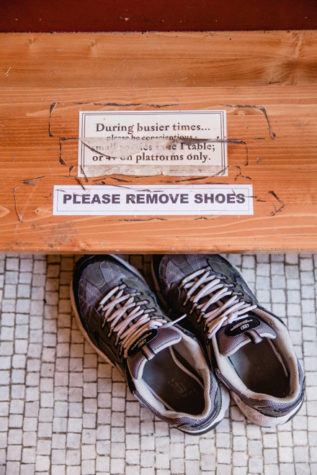 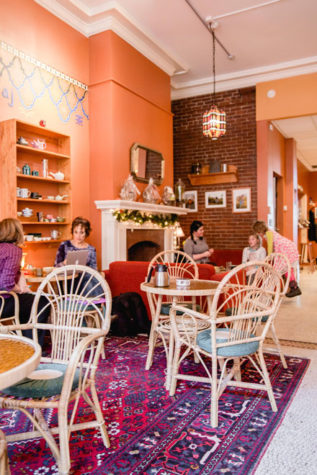 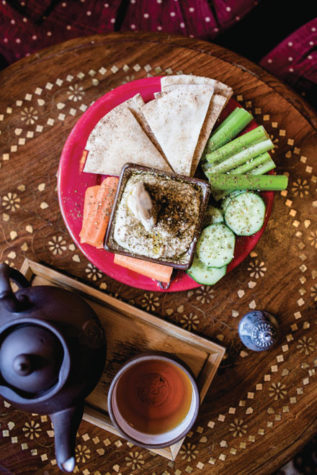 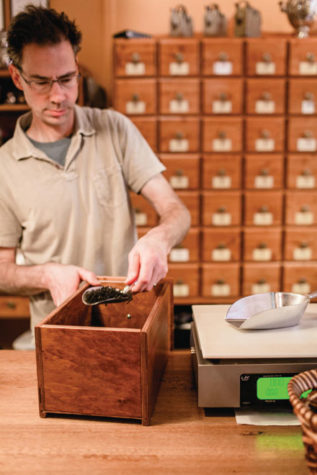 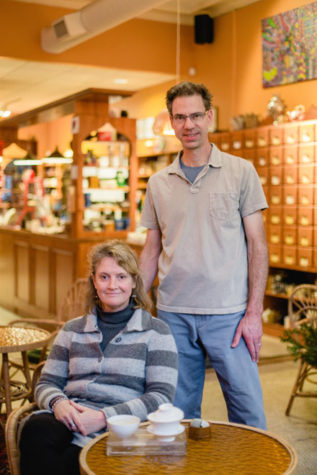 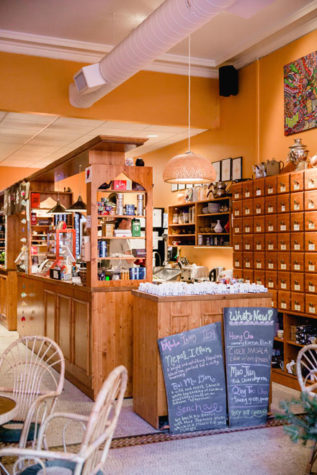 A Perfect Cup of Tea

Finding health and happiness at the bottom of a mug.

We are not alone: tea is, after water, the most commonly consumed beverage on the planet. “Folks just want to slow down,” says Ellen Kanner, co-owner of Dobra Tea. “Our culture is fast-paced, with many different devices out there that can call you at any minute and ask you to do something. Tea forces you to be quiet and take time.”

I have been a tea disciple for decades. Most days, I rise will before the sun, and reconnect my sleep-softened self to the solidity of life’s elements by the light of a single bulb over the kitchen sink. Filling the teapot with water, I set it over the blue gas flame, and sift a spoonful of dried leaves into a filter perched in a pottery mug. Once the kettle sings, I fill the mug and watch the tea leaves unfurl in a dance that has been called “the agony of the leaves.” Metal, water, fire, wood, and earth: from these a perfect cup of tea is born

Each cup if tea has its genesis in the leaves of one plant: Camellia sanensis. Chinese Emperor Shen Nung is credited with the first recorded use of Camellia sanensis circa 2737 BCE. There are six major classes of tea-black, green, white, oolong, yellow, and Pu-erh -each of which is processed in a distinct way. All teas except for green, go through an oxidation process. Oxidation is the chemical change that occurs when a substance is exposed to oxygen. Heating by pan firing or steaming neutralizes the enzymes in the leaves, preventing oxidation. Black teas are fully oxidized, while oolongs have a broad range of oxidation, giving a distinct taste and appearance. Tea leaves may also be steamed, crushed, rolled, smoked, or oven-dried.

“I don’t think the average person realizes that there are hundreds of varieties of tea,” says Ray Marcotte, co-owner of Dobrá. “You can see what different tea leaves look like—some are rolled, some are not rolled, some are smoked, and they all look very unique.”

Although we typically associate terroir with wine or coffee, this term is particularly appropriate when applied to tea. Terroir, which encompasses factors such as climate, soil, latitude, and altitude, impacts the taste, smell, and mouth-feel of a given tea. Tie Guan Yin oolong tea from the mountainous semi-tropical area of the southern Fujian Province of China is more delicate than a black tea from the Assam Valley of India.

Tea is grown in more than 40 countries. Tea lovers worldwide have become familiar with matcha from Japan, Darjeeling from India, and oolong from Taiwan. Teas can also be enjoyed as blends (like Irish or English Breakfast) or with the addition of flowers (such as jasmine green tea). Earl Grey, named after British Prime Minister Charles Grey in the 1830s, is a black tea to which the orange-scented essence of bergamot has been added. Many commercially available tea bags are filled with tea dust or with leaf particles prepared using the crush, tear, curl (CTC) method. Despite being more expensive than CTC teas, whole leaf, or orthodox teas, maintain a strong following.

How do we know which tea we might enjoy? According to Marcotte and Kanner, it’s about assessing personal preference. “Part of our job is to re-educate the public,” says Marcotte. “Everyone knows about chai, but not everyone knows about Tie Guan Yin. I think it’s our job to broaden people’s horizon with tea.”

Portland’s Dobrá Tea is part of an international group of self-described Bohemian-style tearooms that began in Prague, Czech Republic, in 1993. At Dobrá (which means “good” in Czech) customers are given the opportunity to see, smell, and, in some cases, sample a given tea. An intriguing honeycomb of hexagonal tea containers is arranged across the counter, and behind the register a wooden chest of drawers with neatly drawn labels lines the wall. Customers can participate in tea tastings during Portland’s First Friday Art walks or sign up for longer classes.

Tea, like wine, has many descriptors. Green tea can be earthy or floral; black tea may be bold or crisp. Each tea has a preferred ratio of tea leaves to water, steeping time, and water temperature. This information, along with the name and place of origin, is listed on the Dobrá packaging. A receipt for two ounces of the Chinese white tea Ya Bao explains that these wild tea buds come from “a varietal of Camellia that sprouts from the small twigs of wild tea trees grown in Western Yunnan.”

Dobrá Tea is also a place for social gatherings. On a recent visit, a family with toddlers sat on the cushions of an elevated dais, nibbling on almond cookies and warm chai. Old Port shoppers warmed up on a couch near the fireplace, while students reviewed anatomy terms at a table in the back. “I walk into business spaces and often I find them to be really hard and cold,” says Marcotte. “We wanted to make something different. Everyone needs to calm down in some sense. Coming into the space we hope you feel that, energetically, so you’ll be drawn to come back.”

Sarah Richards agrees with this approach. The owner of Homegrown Herb and Tea on Congress Street, Richards has been blending teas and sharing healing wisdom from her sunlit tearoom on Munjoy Hill since 2006. Although she offers some familiar tea blends, such as Jasmine Gunpowder Green and Keith’s Craving Black English Breakfast, she also carries calming infusions that have been creatively labeled: the Flower Child, Holy Tea, the Teacher’s Pet.

Originally from New Sharon, Richards began blending her own teas while in college. She became intrigued with the healing possibilities of plants after a friend gave her the gift of an herbal encyclopedia. “I would have an ailment and I was fascinated with looking up what herbs might be helpful to my ailment,” says Richards. “Then I would get other herbs to mix with it, because alone they generally tasted terrible. Then I would look up the medicinal value of those aromatic pieces. I started blending flavor with intention.”

Richards’s practice follows the principles of Ayurveda, an ancient healing system from India. “Ayurveda is really about reflecting on what your body is expressing,” says Richards. “What do I look like? What do I feel like? What is my body doing in terms of illness? Not just, I’m coughing, but am I coughing wetly, or dryly, or is my congestion in my head?”

In Ayurvedic medicine, there are three doshas: Kapha, Pitta, and Vata. Each dosha has a specific set of physical and emotional characteristics. “If you compared someone of the Vata type (skinny, cold, dry, and light) to somebody of the Pitta type (warm and moist), Pittas tend to be affected through very fiery expressions,” says Richards. “Things like rashes, hives, allergies, and digestive issues.”

Richards blends teas with these principles in mind. Many of her formulations do not have tea leaves in them, and thus are more accurately described as tisanes. Richards’s Vata Grounder, which is available seasonally at Sonny’s Restaurant in Portland, is a blend of chamomile, St. John’s Wort, and dried lemon peel. Her Mama-to- Be-Tea contains red raspberry leaf, alfalfa, nettles, oat straw, chamomile, rose petals, spearmint, ginger, and lemongrass.

While many of the ingredients that Richards uses have specific healing properties, the leaves of Camellia sinensis have broad-ranging health benefits. Teas are rich in the potent antioxidant epigallocatechin gallate (EGCG), and have been associated with lower risks of cancer, heart disease, and diabetes. Teas, most of which naturally contain some amount of the stimulant caffeine, also contain the counterbalancing and calming amino acid L-theanine.

Perhaps it is the L-theanine, which calms us, or the EGCG, which protects us against disease, that keeps us reaching for our favorite tea. Or maybe it is the social aspect of sharing a warm beverage on a chilly Maine day that sends us scurrying for the nearest tearoom. The reasons we love tea are numerous, and specific to us as individuals. For me, it is the opportunity to reconnect with my daily life through the elements of metal, water, fire, wood, and earth. The agony of the leaves is a reminder that life is in a constant state of transformation. A perfect cup of tea provides a point of momentary stillness in a busy world. 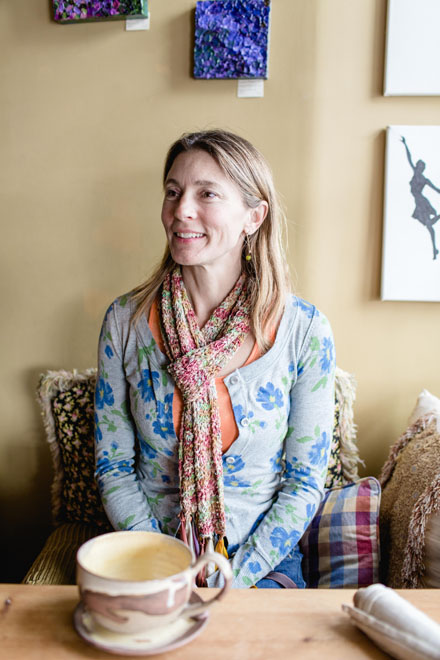 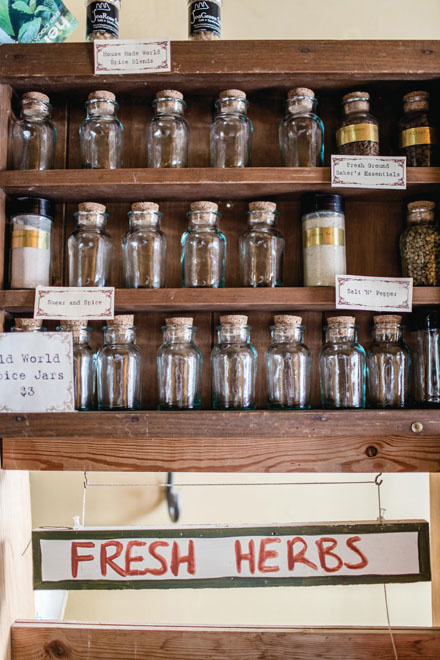 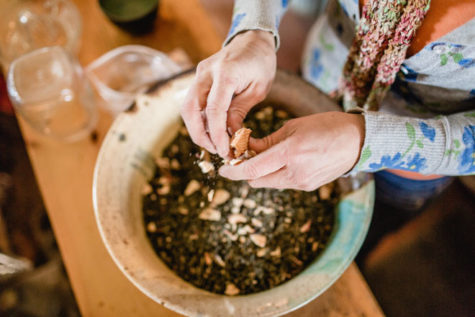 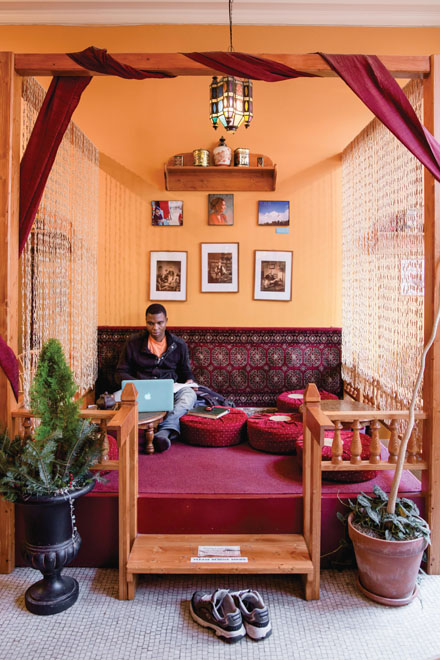 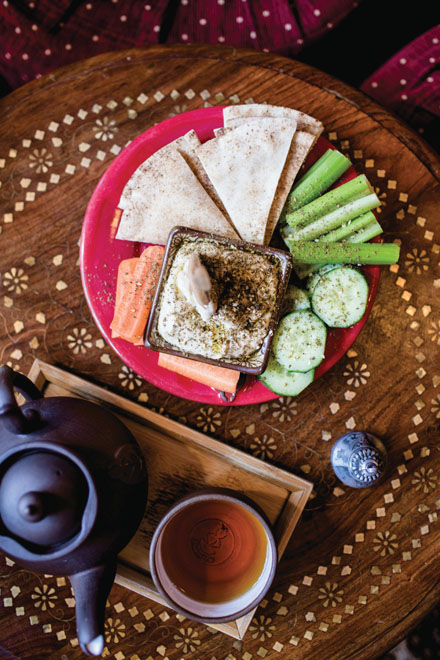