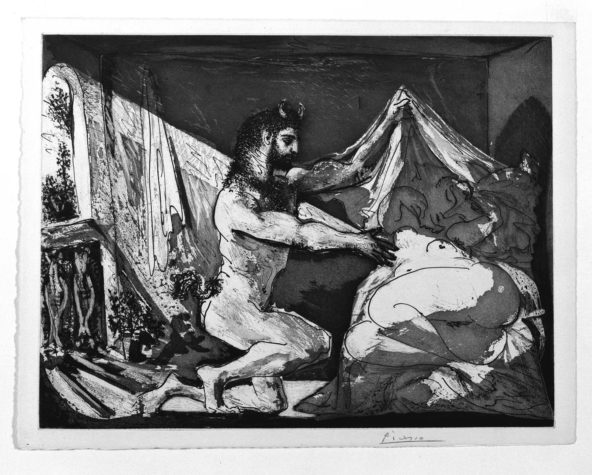 Spanning two hundred miles, eight museums, and over 70,000 works from Bangor to Monhegan Island to Ogunquit, the Maine Art Museum Trail offers thousands of opportunities for transformative experiences with art across the state. The nonprofit organization provides maps of the various museums online. On the following pages, Maine’s museum directors and curators select standout artworks on view this fall.

Bates College Museum of Art | 75 Russell St. Lewiston | bates.edu/museum
The permanent collection at the Bates College Museum of Art encompasses more than 5,000 objects, including many by Maine artists. Notably, the Marsden Hartley Memorial Collection and Archive  Lewiston-born modernist. Dan Mills, the museum’s director, recommends that visitors stop to see Hartley’s Intellectual Niece, a 1939 oil on academy board that features a pale, elongated female fi gure. Norma Berger, Hartley’s niece and the subject of the painting, donated 99 of the artist’s drawings to the museum, along with other works that Hartley collected throughout his lifetime.

Colby College Museum of Art | 5600 Mayflower Hill Dr. | colby.edu/museum/
Founded in 1959, the Colby College Museum of Art has curated a formidable collection ranging from American art—its primary focus—to Chinese antiquities and European paintings. In 2013, the museum opened its Alfond-Lunder Family Pavilion, created through a gift of more than 500 works from Peter and Paula Lunder. This year, the museum established the Lunder Institute for American Art, which creates a unique space for scholarship, creative works, dialogue, and mentorship. Sharon Corwin, the Carolyn Muzzy director and chief curator at the museum, encourages art lovers to view Alex Katz’s Twilight. “When I fi rst moved to Waterville, this was the painting that helped me to really see the Maine landscape,” says Corwin. “The pine tree silhouetted against the darkening sky is a scene I now experience through the lens of this painting, and I realize that I perceive twilight in Maine with greater clarity and appreciation than I ever did.”

Bowdoin College Museum of Art | 9400 College Station Brunswick | bowdoin.edu/art-museum
In Brunswick, the Bowdoin College Museum of Art presents one of the oldest university art collections in the country, now comprising 23,000 objects. Free and open to the public, the museum features an extensive antiquities collection, as well as works by famed artists from around the world, including Rembrandt, Francisco de Goya, and Édouard Manet, and American painters John Copley, Mary Cassatt, and Gilbert Stuart. For fi rst-time visitors, co-directors Anne and Frank Goodyear highlight the importance of Gilbert Stuart’s Portrait of Thomas Jefferson. Commissioned by Bowdoin College founder James Bowdoin III in 1804, “the work stands as a lasting testament to the values of American democracy,” says Frank Goodyear.

Farnsworth Art Museum | 16 Museum St. Rockland | farnsworthmuseum.org
Located in the rising art mecca of Rockland, the Farnsworth Art Museum features the work of American artists, particularly those inspired by Maine. The museum was originally founded in 1948 through a sizable donation from Lucy Farnsworth. Its properties include the historic Olson House, depicted in Andrew Wyeth’s iconic Christina’s World, and Julia’s Gallery for Young Artists, a space for student artists to explore their creativity. Asked to suggest a can’t-miss piece in the collection, director Christopher J. Brownawell recommends Marguerite Zorach’s Land and Development of New England, describing it as “quintessentially Maine— the coastal village, rolling countryside, the L.L.Bean boots, and a family’s unflagging strength to carve their own path.” The work is currently on view as part of the museum’s exhibition Marguerite Zorach: An Art-Filled Life, which runs until January 7, 2018.

Portland Museum of Art | 7 Congress Street Portland | portlandmuseum.org
The Portland Museum of Art (PMA) positions itself as the cultural hub of the state’s art community, and with the recent addition of a public sculpture garden, the museum continues to evolve. Andrew Eschelbacher, the Susan Donnell and Harry W. Konkel associate curator of European art, urges museum guests to visit the European Landscape Gallery, which focuses on the works of nineteenth-century French landscape painters like Gustave Courbet, Claude Monet, and Camille Pissarro. “While each work sheds light on the balance between tradition and modernity that dominated people’s consciousness, together the works offer a beautiful presentation of light, color, and landscape,” says Eschelbacher. “You can get lost in the story of an era or the details of a painting, and either way you feel transported into another time and place.”

Monhegan Museum of Art and History | 1 Lighthouse Hill Rd. Monhegam | monheganmuseum.org
On Monhegan Island, the Monhegan Museum of Art and History features paintings that recount the island’s cultural and artistic legacy. Open from June 24 to September 30, the museum runs limited hours in September from 1:30 p.m. to 3:30 p.m. each day, and ferries depart to the island from Port Clyde, New Harbor, and Boothbay Harbor. One standout work in the collection is Andrew Wyeth’s Coast Guard, painted in 1957. The painting renders the old coast guard station on the small island of Manana, which was visible from Monhegan’s shore, and includes the radio tower and tramway, as well as the wooden tripod on Western Duck Rock that has since been destroyed. “This piece depicts a brief moment in the history of navigation,” says the museum’s chief curator, Jennifer Pye. 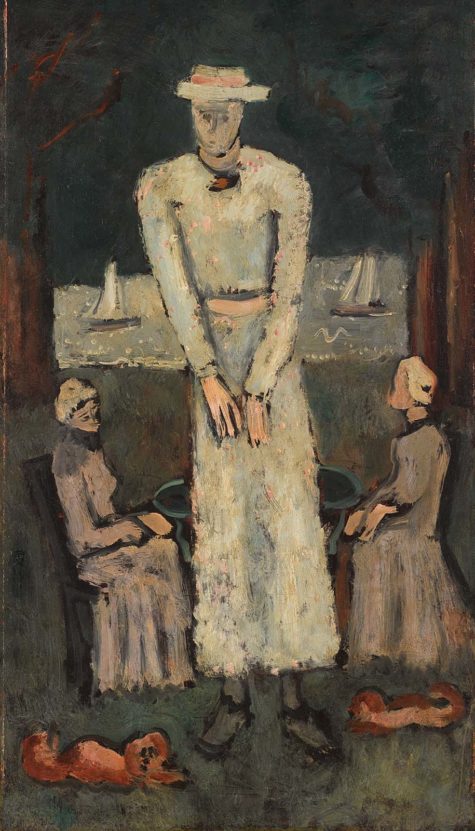