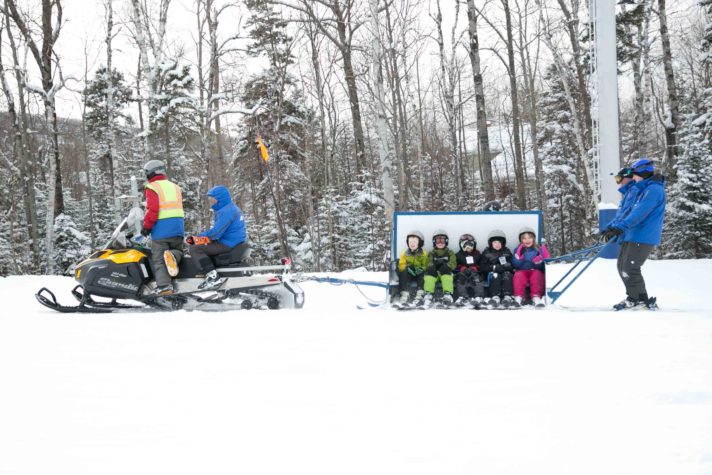 Keeping Up With the Kids

At Sugarloaf, King’s Kids makes skiing available to all.

Sugarloaf’s slopes aren’t the only reason that keep people coming back. “When people come up here, it’s a different feel,” says Bruce Miles, executive director of the Sugarloaf Ski Club. “Sugarloaf is like a family.” Miles, who moved to the Sugarloaf area in 1973, is an advocate for instilling that sense of community in the youngest Loaf-goers. The Sugarloaf Ski Club helps to preserve the heritage of the mountain while supporting the local community and its youth by making winter recreation more affordable.

King’s Kids began in the summer of 2018. The catalyst for the fund came from King Cummings, a founder and former president of Sugarloaf, his wife, Jean, and their nephew, Warren Cook, a longtime Sugarloafer and philanthropist. The King and Jean Cummings Charitable Fund provided the Sugarloaf Ski Club with a $500,000 endowment fund to kickstart the King’s Kids program. While the ski club is working to match the gift and raise a combined total of $1 million, it has already begun to provide discounted lessons and rentals. The Boomauger Ski Program provides local children with eight weeks of ski or snow board lessons along with lift tickets and rental equipment for $50. So far, the Sugarloaf Ski Club has supported around 500 children through King’s Kids. “We support kids as far as they want to go,” says Miles. The program is restricted to children in Franklin and Somerset Counties in kindergarten through eighth grade, but Miles is hopeful that other mountain communities will follow Sugarloaf’s lead. Kids who are engaged and active in winter recreation can cultivate a deeper level of appreciation for Maine. Through King’s Kids, Sugarloaf’s sense of community will continue to flourish.