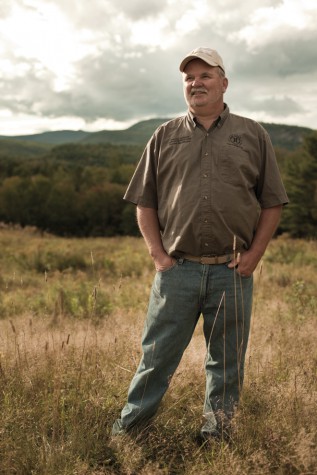 What is Setter’s Point?

It’s a commercial shooting area. It’s a bird hunting preserve. We have fishing on-site. It’s kind of a Maine adventure.

From Maine or away?

I am from South Portland and have lived in Maine my entire life.

How long have you been a Master Maine Guide?

I guess about fifteen years now.

You also breed dogs too? What kind, and how did you get started?

All we breed are Llewellin setters. They’re a great family dog as well as a bird-hunting dog. They’re just a great companion. We probably do a litter about every two to three years. We’re not a puppy factory. I basically sell my dogs to customers when I get enough people on the list and then we breed. My first Llewellin setter was my uncle’s dog, and I
fell in love with it.

Hunt, fish, train, guide…do you have a favorite?

Fishing is the most relaxing and the most fun. When you’re fishing a beautiful river in a drift boat it’s probably the best job out of all of them.

What’s the biggest fish you have ever caught?

Would probably be a brook trout I caught out of a little pond in Bowtown Township. It was just over 5 pounds and probably 23 to 24 inches long.

The craziest story would be when I first started guiding and I did a lot of bear hunts. One time we had to follow a wounded bear in the pitch black of night with a small flashlight. You couldn’t really see your hand in front of your face.

Just about two years ago, my wife and I were in the drift boat and she probably caught about twenty-five or thirty trout on the Androscoggin. She still talks about it today. I mean, what’s a better way to spend a day than fishing with your partner?

Does your wife shoot?

She doesn’t hunt, but she shoots at clays. She’s not much for shooting anything with a heartbeat, but she’s a really good fisherwoman.

Otter Pond. We actually have the only cabin on the pond. We hunt and fish from there and use it as a family retreat…yeah, it’s pretty cool.

When you relax what do you do?

As much as I do it year-round, I still enjoy hunting and fishing with my family. My son’s a Maine guide and he likes it almost as much as I do. That’s pretty much what we do…well, that and snowmobiling.