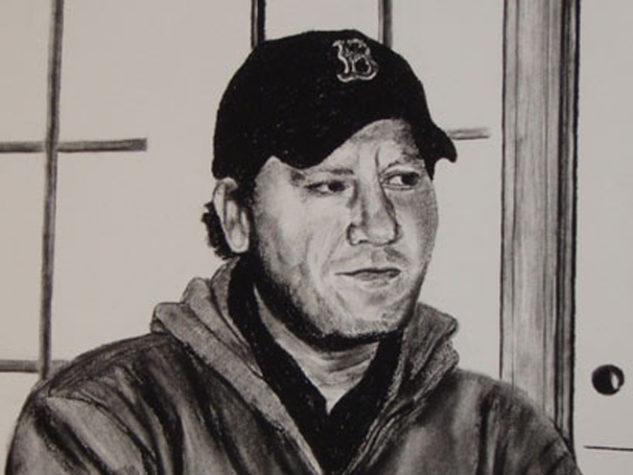 You meet all kinds of people in this work.
You have to be polite, twenty-four hours
a day. It was a brutal winter night,
I’d worked since four a.m., finally coming in
to sleep when the phone rang, a guy calling
from up on Appleton Ridge, saying
he needs a jump. I asked, “Can’t it wait?
There’s still snow on the roads, the plows aren’t
all through. It’ll take me three hours at least
to get there with the roads like this.” “Ok,”
he said,  “I’ll wait.” I went to bed an hour
before he called, “It’s an emergency.”
The storm had eased as I headed out,
but the wind had been so bad, I had
to stop and climb over the drifts to knock
the snow off signs to see where to go,
a hard dark climb up to Appleton Ridge.
Over three hours to get to a lonely
country farmhouse, light glowing brightly.
Then a man in, I kid you not, a red
satin smoking jacket comes out and waves.
I think he’s waving to me, and wave back,
but it’s a garage opener and out of the dark
a door rises, lit like a museum,
a car, glittering white and chrome beauty,
it was a 1954 Mercedes.
A Gull-Wing. You ever heard of them?
I think they only made ten of them.
Its doors lift up like a gull in flight.
I bet it was worth a million dollars.
I ask, “Are you going to take that out?”
“Oh, no, we just got back from Jamaica
I want a jump to make sure it’s ok.”
It starts like a dream, purrs dangerously.
“Oh good,” he says and walks away, waving
his arm to close the door, never saying
a word. Left me standing there in the snow.