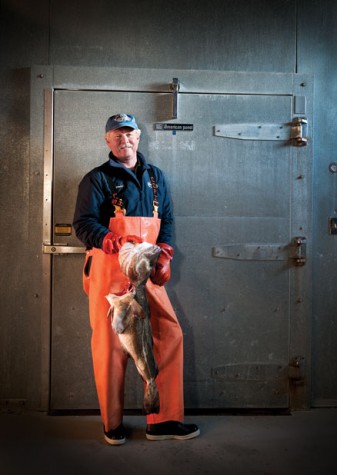 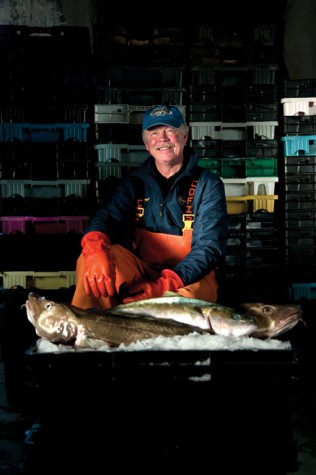 "I have been using Browne Trading Company for over twenty years. When I was looking for a fish purveyor during the early days of my culinary career, Rod Mitchell was the supplier for all these great chefs here in America. So he became the obvious choice for me as well. Rod's fish have always been impeccable, and he works with some of the best fishermen in the northeast." - Chef Thomas Keller of Per Se and The French Laundry 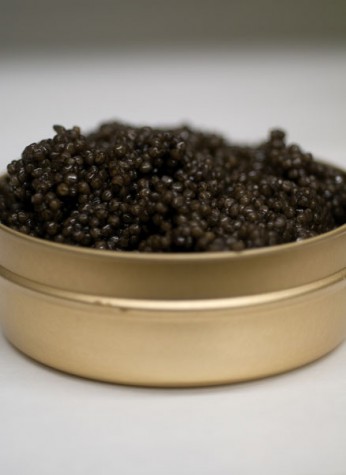 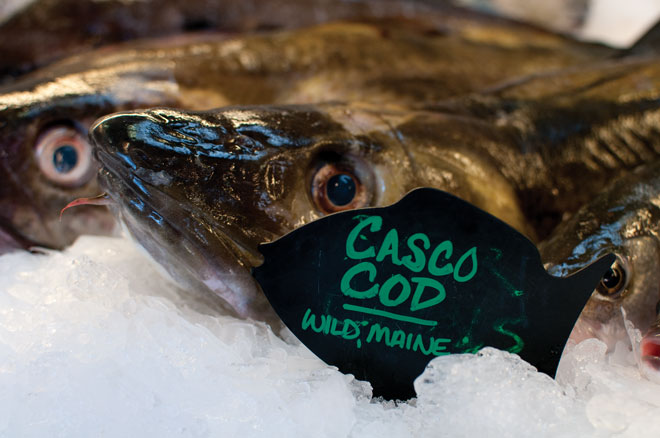 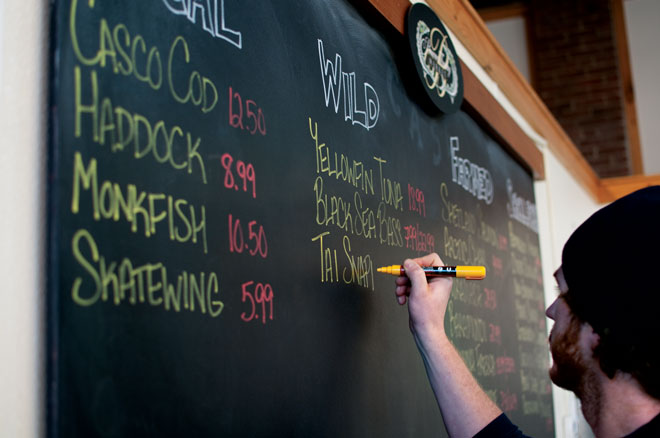 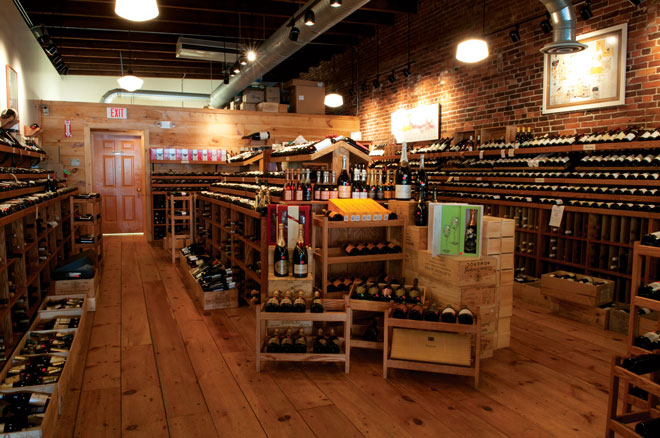 A peek into Browne Trading Company.

PROFILE-March 2011
By Will Bleakley
Photographs by Peter Dennen

Known for providing the freshest seafood in the world, Rod Mitchell has manned the helm at Browne Trading Company since 1991. In that time he has become a legend on the Portland waterfront. Chef Eric Ripert of New York City’s Le Bernardin describes Mitchell as “a pioneer in quality seafood.” Says Ripert, “When I came to Le Bernardin, my predecessor was already working with Rod since Le Bernardin opened its doors in 1986. Twenty-five years later I’m still calling him.”

All it took was a single dive into Maine’s cold winter waters to spark a culinary revolution. In 1982, then-twenty-seven-year-old Rod Browne Mitchell strapped on his scuba gear, plunged into the depths of Penobscot Bay, and pulled out a diver scallop. No one at the time considered the lowly diver scallop a delicacy. But, through the foresight of Mitchell and the renowned French chef Jean-Louis Palladin, it’s become one of the most highly sought-after jewels of the sea. It is also a prime example of what Americans have come to desire in their meals: local food that can satisfy a sophisticated palette. Today, Rod Mitchell is considered by many to have the finest taste for fish in the world.

“Our specialty is providing what nobody else has,” Mitchell says of Browne Trading Company in Portland, his wholesale seafood, wine, and caviar business. “But it’s also based around our passion for quality. It’s rooted in what Jean-Louis always told me, which was, ‘Don’t do anything that you don’t do seriously. Make sure it’s always the best.’” For the past thirty years, some of the greatest chefs in the nation—including Daniel Boulud, Eric Ripert, Dan Barber, and Thomas Keller—have relied on Mitchell’s discerning eye to provide their restaurants with the best the sea has to offer.

Knowing Mitchell’s impeccable taste and intolerance for imperfection makes a first encounter with him an intimidating experience. Walking through his establishment, however, puts one at ease. Located on the wharf at the southern end of Commercial Street, the unpretentious warehouse and market stand in stark contrast to the thousand-dollar tins of caviar and the $40,000 cases of Domaine de la Romanée Conti that line the wooden shelves. In the back rooms, lemon sole plucked straight from the Gulf are laid out on sterile metal tables, while boxes ready to be shipped are stacked up against the white walls. With the care of surgeons, workers delicately place the fish into the most sophisticated packing technology available, ensuring freshness on arrival. By the end of the day, Mitchell’s products will grace $300 plates in some of America’s best restaurants.

Many know Mitchell as possibly the finest purveyor of seafood and caviar in the country, but how he achieved this status, the relationships he’s formed with clients, and his business philosophy prove he’s more than a businessman—he’s a catalyst. His fish don’t just taste better than anyone else’s—they are also a driving force of creativity in the kitchen. Daniel Boulud, chef and owner of Daniel in New York City, says, “My menus and my cooking start very much with my purveyors, and Rod has been not just a purveyor but a pillar of support for me since I started working in New York.” The restaurants that Browne Trading supplies—such as Daniel, Le Bernardin, the French Laundry, Blue Hill, and Per Se—are routinely named among the ten best restaurants in the United States. “I want chefs to be inspired when they get their fish,” Mitchell says. “I want them to see the beauty of what it looks like when it just came out of the water.”

Although some may find him brusque at first, Mitchell warms up quickly and has a winning, matter-of-fact charm. When I met him in his office, he entered wearing a polo shirt and a hat displaying the name and logo of his company. He appeared tired as he slumped into his chair and informed me that he could spare only fifteen minutes. Three hours later, he was leading me through the inner workings of his business, joking around with busy employees as they handled customers, and opening one of his favorite wines in the store for me to taste. His charisma is sincere and infectious, which makes it easy to see how this Eliot native from humble beginnings attracted the elite group of friends and customers—including influential politicians, French royalty, and acclaimed chefs—that helped him find his calling.

Mitchell grew up in southern Maine and always found himself attracted to the water, whether it was fishing in Boothbay Harbor or guiding on the Kennebec River. During the summer of 1976, between semesters studying marine biology at Southern Maine Vocational Institute (now Southern Maine Community College), Mitchell worked as a launch tender, shuttling people back and forth to their yachts in Camden. A summer resident, Bruce MacDiarmid, offered him a construction job and then his own wine store.

While running the store, Mitchell became friends with Joan Dillon, granddaughter of retired U.S. secretary of the treasury Clarence Dillon. Joan invited him to the Chateau Haut-Brion—one of France’s finest vineyards—and Mitchell ended up spending a few weeks with Princess Joan; the director of the estate, Jean Delmas; and Dillon’s son Prince Robert, learning about fine wines and food. Armed with this new culinary knowledge, he returned to his wine store in Camden just in time for Jean-Louis Palladin to walk through the front door.

Palladin, frustrated with the unreliability of seafood in United States, asked Mitchell to use his knowledge of the local waters and marine biology to help him find quality ingredients. Together they helped reshape the American culinary landscape. The duo collected neglected Maine crustaceans such as the peekytoe crab and diver scallop, as well as previously ignored fish such as the pibales (baby eels), and turned them into inventive dishes worthy of Palladin’s restaurant at the Watergate Hotel in Washington, D.C. In only a few years, before turning twenty-eight, Rod Mitchell went from college student to world-class purveyor of caviar, seafood, and wine.

Chef Palladin’s friends Emeril Lagasse and Wolfgang Puck and his apprentices, Boulud and Ripert, asked where he acquired such unheard-of delicacies. Palladin gave them Mitchell’s name, and soon his Camden wine and cheese shop, The Winemporium, was transformed into a wholesale seafood-distribution operation. Built on Mitchell’s eye for spotting fine foods before anyone considers them fine, the company emerged as the go-to supplier for a group of daring chefs set on reinventing fine dining. “People know I have an interest in discovering something new and unique that nobody else has,” Mitchell says. “It’s this interest that connects us.”

Today, Browne Trading, which was established in Portland in 1991, is divided into several different operations. There is the original wholesale business, which collects seafood sourced everywhere from Casco Bay to New Zealand and sells directly to restaurants. Next door is the market, which offers customers a daily selection of fish, an ever-expanding variety of prepared foods, and the largest assortment of fine wines in the state. In addition to selling aquacultured caviar, the business developed Daniel Boulud’s brand of smoked salmon, and has its own smoking house for finnan haddie, sablefish, rainbow trout, salt cod, and sturgeon. “How do I stay on top of it? I travel. I go and find things that nobody else has,” Mitchell says. When we spoke he had just returned from Australia, where he tested several exotic breeds of fish unavailable in America. While he already sells Australian prawns, Mitchell is bringing blue-eye trevalla, Tasmanian sea trout, barramundi, and cobia to the States.

On a cold day in late September, I accompanied Mitchell to the daily auction in Portland, hoping to observe him as he reviewed the catches of the day and decided whether a certain fish is worthy of his clients. As we walked down the street, fog began rolling over the docks, signaling to Mitchell that the day’s bounty may be limited. As it turned out, he was right. We entered the cold warehouse, and Mitchell grimaced at an unseemly lot of monkfish from twenty feet away. “Those are terrible,” he said before I even noticed the heap of fish. A haddock, however, caught Mitchell’s eye. “That is stunning,” he said, grabbing the specimen and pointing to its eye.

As he held the product, he showed me various ways to determine freshness. First, he checks to make sure the eye color matches the pigment of the skin. Next, he feels the body for firmness. “It should be as close to the point of rigor mortis as possible,” he says.

This was my second meeting with Mitchell, and like the first, every topic ended with a discussion of striped bass. He’ll begin by talking about how he successfully took a crab once considered garbage and turned it into a delicacy, but he’ll end up showing you iPhone pictures of a forty-pound fish he caught last week. He’ll speak of his close friendship with Daniel Boulud and then will seamlessly segue into a discussion on the importance of moon phases and how they relate to the migratory patterns of striped bass.

Our first encounter started in his company’s meeting room, but within an hour I was standing above a freezer full of Australian prawns and getting a demonstration on the proper technique for using a bait runner. On this day, the purpose was to visit the auction, but as we left, Mitchell wasn’t ready to return to the office. We made a detour toward the water, and I followed him to the edge of the dock, where he spotted someone fishing for striped bass. As we watched, the angler attached a dead mackerel to his hook and cast his line into the harbor. “I keep my bait alive to catch stripers,” Mitchell said as the fisherman reeled in his empty line and cast it out again, aiming for a wooden piling on the opposite dock.

I asked Mitchell whether he would rather be the one fishing. “No,” he said, “this is my business, and that would take the pleasure out of fishing for me.” He’s forced to be picky in his work, to look at each fish as a product to be sold and potential profit to be made. When he is an angler, he doesn’t need to look at its eye, determine its quality, or set a value on it. He can catch it, toss it back, and appreciate the fish for what it is—a thing of beauty and inspiration.