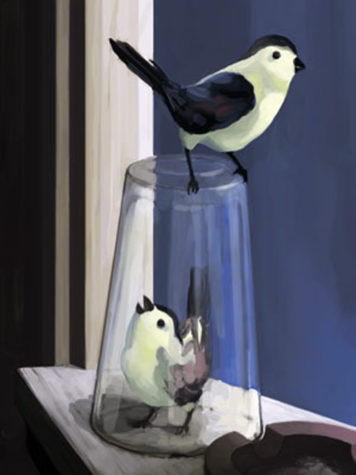 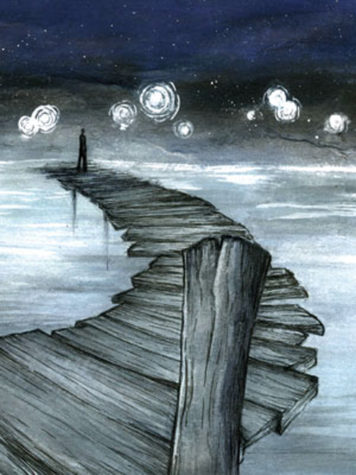 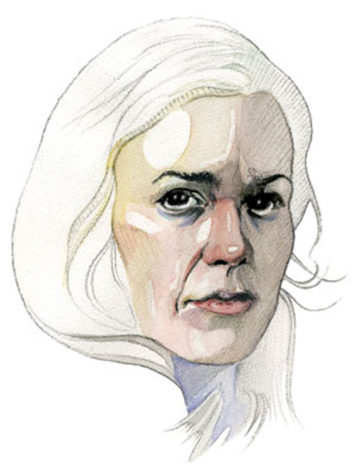 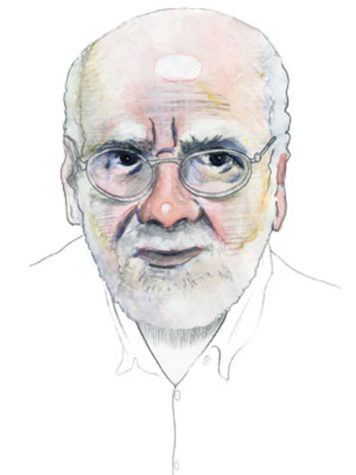 Throughout the month of April, all across America individuals and organizations take time to appreciate all things poetry—past and present. Readings and performances are held, poets honored, and schools dedicate class time to exploring the rich history, art, and craft of poetry. Established in 1996 by the Academy of American Poets, National Poetry Month continues to grow in interest and participation each year. Learn more at poets.org.

Wesley McNair has made his home in Maine for twenty-five years and has published eighteen books, including  books of poetry and essays as well as anthologies. He recently read his poems at the Library of Congress and was selected for a United States Artist Fellowship as one of America’s “finest living artists.” Of his poem “Waving Goodbye,” Wesley McNair writes: “I take my cue from Shanna’s poem, through which she waves goodbye to Nora Lynch, a woman she has never met.”

Shanna McNair is founder and editor-in-chief of The New Guard, an independent annual literary review, and her poems have appeared in the

Naugatuck River Review and Fact-Simile. She is an MFA candidate in fiction at the Stonecoast MFA Program in Creative Writing.
This excerpted long-form poem was written at a cottage in Moveen, Ireland, last summer as an ode to Nora Lynch, the late cousin of poet and essayist Thomas Lynch. Mr. Lynch, who owns the cottage, requests that writers who stay there share their work via a visitor’s log. “Ode to Nora” was Shanna’s entry in July 2010.

Reprinted from Lovers of the Lost: New and Selected Poems.
Reprinted with permission from the author, and David R. Godine, Publisher.
Copyright © 2010 by Wesley McNair

Why, when we say goodbye
at the end of an evening, do we deny
we are saying it at all, as in We’ll
be seeing you, or I’ll call, or Stop in,
somebody’s always at home? Meanwhile, our friends,
telling us the same things, go on disappearing
beyond the porch light into the space
which except for a moment here or there
is always between us, no matter what we do.
Waving goodbye, of course, is what happens
when the space gets too large
for words—a gesture so innocent
and lonely, it could make a person weep
for days. Think of the hundreds of unknown
voyagers in the old, fluttering newsreel
patting and stroking the growing distance
between their nameless ship and the port
they are leaving, as if to promise I’ll always
remember, and just as urgently, Always
remember me. Is it loneliness, too,
that makes the neighbor down the road lift
two fingers up from his steering wheel as he passes
day after day on his way to work in the hello
that turns into goodbye? What can our own raised
fingers do for him, locked in his masculine
purposes and speeding away inside the glass?
How can our waving wipe away the reflex
so deep in the woman next door to smile
and wave on her way into her house with the mail,
we’ll never know if she is happy
or sad or lost? It can’t. Yet in that moment
before she and all the others and we ourselves
turn back to our separate lives, how
extraordinary it is that we make this small flag
with our hands to show the closeness we wish for
in spite of what pulls us apart again
and again: the porch light snapping off,
the car picking its way
down the road through the dark.

I don’t often smoke and can’t say I believe, but here in Moveen
facing the sea, I have a go at both. Because I’m with the late Nora Lynch.
I am here in her cottage measuring pulses. Her spirit gauzes the air
like the slip smoke from the cigarette she holds in a fireside photo.
I am only human, Nora. How you dip and curl and widen to sign the light.
And how your long-eyed savior—less a Charlton Heston Jesus than a Yeats Jesus—
watches me from the wall decked with a red lightbulb that holds a cross to be sure
to forgive my trespass. How your presence feels like a trick, a tricky hunch.

I’m strange to this place. Nora’s cousin Thomas gave me the blessing. He hid
me the keys and gave the directions. For rent he asked for a poem. A story. A passage
in ink. He said to look for the book. I open a beer. I feel the chill
from the floor as I pace the miracle flat sides of Nora’s colossal floor stones,
drawn up from somewhere middle earth, as much a mystery of proportion
and science as the Newgrange tomb or the Pyramids of Giza. I worry I don’t
have the goods because I’m superstitious and the peat will not light. And the wind
shakes in terrible thunders and boils, fearsome as Gaelic in the mouth of a Monseigneur.

The cottage unmoves. It is made of permanence. Solid as a Celt. Fitted as a bite.
I snap vain matches and tell the grate I’m an American Scot, born on Battle
Of The Boyne day but I wish for Irish, too. The Barmbrack bricks yield in slow earth
kindles as shore cold submits to warmth, a hot whiskey glass keeling my palms.
There are photographs of Thomas the American—also Thomas the Irish—come
to find old Nora on a song of River Shannon with a 70s collar. Tom’s eyes glance the lens
ecstatic as his witsome Nora, matter-of-fact, stamps a trail in his soul back to the ancients.

In the morning, sun fiddles through raindance trees. I smoke polite
looking like a piece of trouble outside with the donkeys and bright flower pots.
Next door’s stallion eats my apples but not my pears. Nora’s old neighbor strolls up slow
over the grass to the paddock to tell me I’m feeding his blood horse stud, who’s
been “vexing the mares.” He pats the muzzle and squints his sharp, unbelievable blue
eyes at me. He knew Nora. She was a good farmer. He works her land now
with a keen private reverence, told with his hands.

Over Clare eggs and beans (salted and white pepper) I hear bird shrieks
in separate kitchen windows. Two fledgling brown birds. They let me catch them:
one in a pint glass, the other in a colander. I set them free as a long whinny
carries into the fog. I pull on a raincoat and trek out, past this community
knowing nothing of the worries, knowing nothing of the joys, only taking a keyhole’s-worth
for sense; a scrap of grass, a sample of sky, a blundering  anthropologist. Two sets fingers,
reaching and releasing. Two legs footing the miles upon miles to Kilkee-town
and back. A jolly dog follows until it is too much for him. I wonder
if the ancestors Lynch walked until they could walk no more,
wearily staving a final flag Moveen West, in a fit of will, well apart.