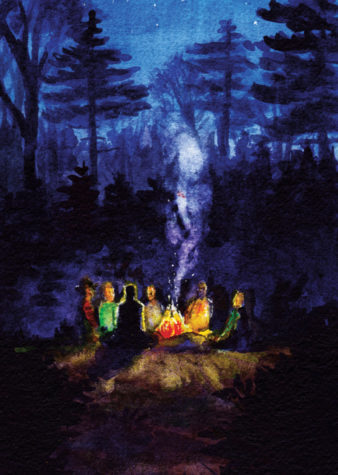 While serving as poet laureate of the United States from 1997 to 2000, Robert Pinsky initiated the Favorite Poem Project (favoritepoem.org), which is “dedicated to celebrating, documenting, and encouraging poetry’s role in Americans’ lives.” In an open submission, thousands of Americans submitted their favorite poems, many of which have been collected in three anthologies or captured in video documentaries. We asked Pinsky recently about the Favorite Poem Project and how it helps to generate interest in and enthusiasm for poetry in America.

“I am proud that the FPP treats poetry as large and central—too large and fundamental an art to be marketed like a brand of soap. The project, rather than telling people to read poetry, asked them what poems they valued and why. Then, as editors, we presented in the anthologies and the videos what we found to be interesting responses. The anthologies—all three are published by Norton—continue to sell. Americans’ Favorite Poems has gone through sixteen printings.

The Favorite Poem Project video segments are used by teachers in social studies, history, and literature. Inspired by those teachers, the FPP in recent years has been conducting a Summer Institute for K–12 teachers every July at Boston University. Poets such as Louise Glück and Mark Doty give lectures, and the teachers meet in grade-level groups to create lessons and teaching projects based on the FPP principles: hearing the poem, the reader’s voice as a medium for the poem, and the appetite for analysis and information coming from an experience of the poem.”

Though the sky still was partly light
Over the campsite clearing
Where some men and boys sat eating
Gathered near their fire,
It was full dark in the trees,
With somewhere a night-hunter
Up and out already to pad
Unhurried after a spoor,
Pausing maybe to sniff
At the strange, lifeless aura
Of a dropped knife or a coin
Buried in the spongy duff.

Willful, hungry and impatient,
Nose damp in the sudden chill,
One of the smaller, scrawnier boys
Roasting a chunk of meat
Pulled it half-raw from the coals,
Bolted it whole from the skewer
Rubbery gristle and all,
And started to choke and strangle—
Gaping his helpless mouth,
Struggling to retch or to swallow
As he gestured, blacking out,
And felt his father lift him

And turning him upside down
Shake him and shake him by the heels,
Like a woman shaking a jar—
And the flack world upside-down,
The upside-down fire and sky,
Vomited back his life,
And the wet little plug of flesh
Lay under him in the ashes.
Set back on his feet again
In the ring of faces and voices,
He drank the dark air in.
Snuffling and feeling foolish

In the fresh luxury of breath
And the brusque, flattering comfort
Of the communal laughter. Later,
Falling asleep under the stars,
He watched a gray wet of smoke
Unfurling into the blackness;
And he thought of it as the shape
Of a newborn ghost, the benign
Ghost of his death, that had nearly
Happened: it coiled, as the wind rustled,
And he thought of it as a power,
His luck or his secret name.

Robert Pinsky is one of America’s leading poets, critics, and scholars, and he is the author of numerous collections of poetry, prose, criticism, and translations. He served an unprecedented three terms as the U.S. poet laureate from 1997 to 2000, and he recently gave a talk at the Portland Museum of Art entitled “Is Vision the Twin of Speech?”