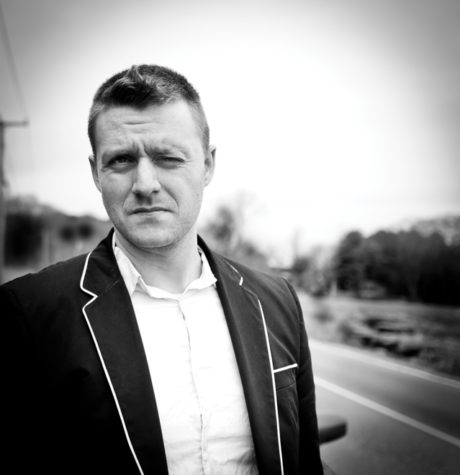 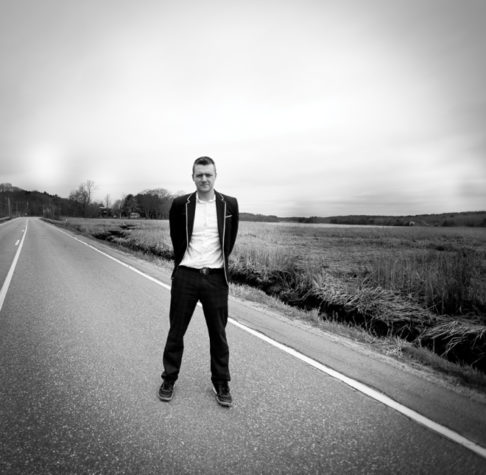 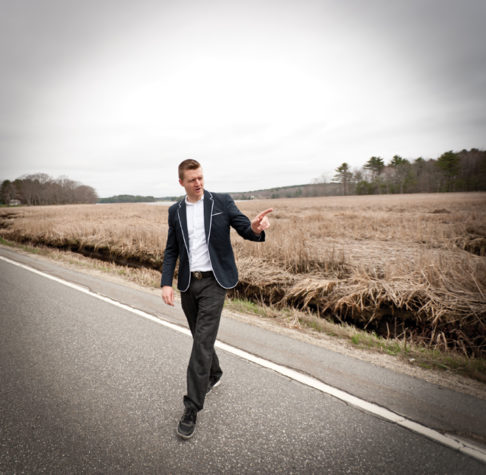 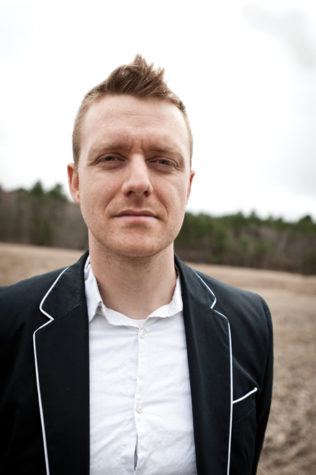 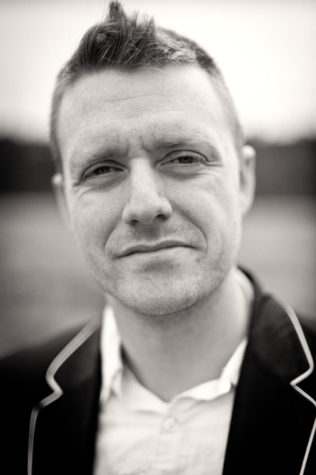 Petroff has been intent on putting his skills into practice since he was a kid. "I basically only have had a couple interests in my entire life, and I focus all my time on them," he says. "I think about economics and political intrigue, and that's basically all I do. I watch British TV in my spare time. I don't listen to any music. I have eaten the same [vegetarian] food since I was eight."

A genius who didn’t learn to read until age 14, Alexander Petroff is a TED Senior Fellow and an economist who specializes in rural development. He is also the founder of a nongovernmental organization that he started while still in college—and it’s in the Democratic Republic of the Congo.

“I like to play these mind games,” says Alexander Petroff. “Imagine that 98 percent of Portland was suddenly unemployed. How many bolts would you put across your door each night?”

Nearly universal unemployment is the condition Petroff chose to tackle when he made his way to Africa on a scouting mission in 2004. An economist of rural development (albeit one that had yet to graduate from college), he wanted to find a place where he could make an impact and quantify the results. “I’m not going to say that the majority of people engaged in development work in Africa are doing it for their own personal development, but if you want to do it for other reasons, and you want to have something to show for it, you want to scale it up, and scale it up quickly.”

Petroff didn’t have thirty years to build a reputation, so he went looking for the kind of conditions that would allow him to begin work quickly. Over the course of a semester abroad, he traveled and met with nongovernmental organizations in Uganda, Tanzania, and Kenya. In Uganda, he saw how quickly corruption in the government could stymie progress. In Tanzania and Kenya, he encountered too many NGOs. “You get people who are professional workshop attendees,” explains Petroff. “If you attend an NGO’s seminar for ten dollars a day, and that’s what you’d make in a month working your field, why on earth would you want to work when you can sit in a chair?”

Shadowing several organizations, Petroff saw firsthand how compassion can lead to unintended consequences when local economies are not understood. “If you went to Portland and said, ‘I’m going to employ a thousand people at an hourly rate of $600, people without college education,’ what do you think the effect would be on places like Otto Pizza or Green Elephant? The workers would say, ‘We want $600 an hour.’ And the businesses would say, ‘We can’t afford that.’ And then you’d leave in a month and you just wrecked an economy, but you’d feel really good about yourself.”

In Uganda, Petroff met a Congolese man who told him, “The people here are not serious. You should go to Congo; there are virtually no NGOs, people are much more honest and willing to try something new.” Petroff’s first visit was at the end of 2004. Although a peace treaty had officially ended the Second Congo War in 2003, fighting and community disintegration continued. At the time of Petroff’s visit, the International Rescue Committee (IRC) estimated that 1,000 people were dying each day. “It was a very scary place,” Petroff says. “But I realized that there was potential to get started there with no money, no name, no anything—right out of college—that I wouldn’t find anywhere else.”

Petroff returned to Hampshire College, where he founded Working Villages International in 2005. When he graduated in 2006, he immediately got on a flight to Congo with $15,000 of capital. He had raised the money mostly by speaking in libraries across Maine.

Congo has a reputation for being dangerous—and it deserves it. In 2008, the IRC published a follow-up study that reported a total of 5.4 million “conflict-driven” deaths since 1998. An author of the study, Richard Brennan, the director of the IRC’s global health programs, told Reuters, “Most of the deaths are due to easily treatable and preventable diseases through the collapse of health systems and the disruption of livelihoods.”

In essence, it was the ideal place for Petroff. He set up headquarters in an abandoned building in the eastern province of South Kivu, which is bordered by Rwanda, Burundi, and Tanzania. It’s an area that had seen some of the heaviest fighting during the war, and nearly all of the farms and infrastructure had been destroyed. In the east, the mortality rate was 85 percent higher than the sub-Saharan average.

Part of the problem is that the impoverished people of Congo live on some of the world’s richest land. It’s estimated that two-thirds to three-quarters of the world’s supply of coltan—a mineral essential to building electronics like cell phones and computers—is found in Congo. The figure is inexact because much of the coltan is smuggled by the FARDC (the armed forces of the Democratic Republic of Congo), which—as Petroff explains—is made up of many different militias that all happen to wear the same uniform. Other abundant “conflict minerals” include diamonds and gold. “You name it, it’s there,” says Petroff. “Congo is where the uranium that made the atom bombs of Hiroshima and Nagasaki came from—it has everything,” including fresh water and fertile soil.

The Ruzizi Valley, where Working Villages International started its first model village and sustainable farming operation in 2006, was formerly known as the “rice bowl of the Congo.” The Ruzizi River runs through its center, draining from Lake Kivu to Lake Tanganyika, the second-largest freshwater lake in the world. The conditions are ideal for farming, but Petroff didn’t just show up to start a farm—he was there to change reality.

“The biggest problem now is just that people are losing it from having been unemployed so long,” Petroff says. From the start, Working Villages International has used an equality-based hiring policy on the farm, offering jobs to an equal number of men and women. “There are a lot of projects I see that like to work with women or children, but if the young men are not engaged and don’t feel like they have a future, they can make life really tricky for everyone else,” Petroff says.

In the Congo, life is tricky enough as it is. Getting Working Villages running required a delicate dance with the official government and various factions. “I like to compare it to maybe the Middle Ages in Europe,” Petroff says, “The level of intrigue and political cloak-and-daggerism without serious law or government can drive you crazy.” But, just four full years into farming, with $180,000 of donations, Working Villages International has produced amazing results: it is now the largest employer in South Kivu, with 1,000 well-fed employees in a stabilized village of 4,000. Many people volunteer for sheer enjoyment. Monthly yields of rice are as much as 100,000 pounds, and they cultivate more than ninety varieties of organic crops.

Petroff himself grew up in a rural agricultural environment in midcoast Maine, and he says, “We grew up poor.” As Petroff struggled to read, his mother took to reading aloud to him, including books by Mohandas Gandhi and the economist E. F. Schumacher. Essentially, Petroff, who is only 29, has been thinking about this project for decades. He chose to attend Hampshire College because of its economics program and because he could travel while studying. At Hampshire, he ran a sizeable composting operation that collected waste from the dining halls and an on-campus farm. He witnessed the miracle of microbes first-hand: with a big enough compost pile, a dead sheep or llama would take less than a week to biodegrade.

When he introduced composting to Ruzizi it was a novel concept—the cultural norm for waste processing and field maintenance is burning—but ten-pound cabbages and 14-foot-high corn make the abstract benefits of the more labor-intensive practice concrete. The farms also practice crop rotation to protect the topsoil. The next step in the evolution of Working Villages International, and the one that excites Petroff the most, is raising and working oxen.

The idea is to create ten-acre, oxen-powered farms as the foundation for rural economies. Petroff points out that one-acre farms—which are about as much as a person can manage farming by hand—produce only about $1,000–$2,000 a year under ideal conditions, whereas a ten-acre plot farmed with a two-oxen team can generate $10,000–$20,000 per year. In Congo, most farm workers currently labor on mega-farms where they net maybe a few hundred dollars a year. But it isn’t just the economics that thrills Petroff; it’s the potential to create a closed-loop system that uses manure to produce fertilizer and biogas, and thus a truly self-sustaining village. These guiding principles come directly from the concept of swadeshi, or “self-sufficiency,” that Gandhi promoted when opposing British rule. The ox-team strategy is an example of Schumacher’s popularized notion of “appropriate technologies”—decentralized, people-centered, and human-scaled strategies for addressing big, complex problems. Petroff says that this type of farming moves people beyond a subsistence-level existence. It will never make anyone rich, but it may just make them fulfilled, gainfully employed, and peaceful.

As a child in Maine, Petroff often wondered why people in beautiful rural areas had to be poor. “Why do you have to pave everything with concrete just to have any wealth?” he asks today. “I always wanted to be involved in the production of things, and to organize economies so that people in rural areas could have a better life.” His aim is to walk away from Ruzizi when the farm turns ten. As he puts it, “If you create a good railroad track, the train has direction. You don’t need to drive it—someone else can do that.” The dream is that, within a decade, ten-acre, oxen-powered farms will be propagating elsewhere, many times over, and that the daily realities of life in eastern Congo will have changed.

Petroff also hopes to return to Maine. “Congo is not my place; Maine is my place,” he says. “The ten-acre family farm could be very appealing here, and I don’t mean among college graduates—I have no interest in working with them. My interest is in getting at all the people with high school educations, getting them farming and eating local food.”

Like any good economist or farmer, Petroff often takes the long-range view. His family has lived in the Brunswick area since it was a settlement, which adds to his appreciation for and attachment to the state. In talking about the recent wars in the Congo, Petroff says, “I’ve been thinking, ‘Why do people act like this?’ Well, if people didn’t, I wouldn’t be alive, because my ancestors went through this in Europe for thousands of years. The people who act like this are the ones that are more likely to live. My ancestors, your ancestors, were a string of nasty people. You just can’t take a moral high ground.” But, as he has proved, you can take a chance at changing history.