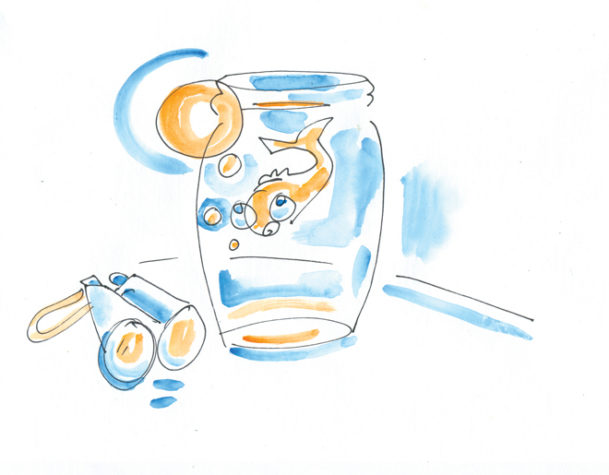 “Binoculars”
A bark of rust unpeels a length of pipe.

how various the jobs the small can do,

how startling goings-on go on

where something’s far away

and dangling, something’s bucking in the wind,

and, caught and twisted, shakes its head,

turns its snout, no, muzzle up, is looking

(let’s see) from the original

(magnified, in the OED):

a dance with antics, a ride at a fair,

an animal of knotted rope or straw,

Lia Purpura’a recent books include On Looking, a finalist for the National Book Critics Circle Award for nonfiction, and King Baby (poems), winner of the Beatrice Hawley Award. Her new collection of essays, Rough Likeness, will be published in January 2012. She will be reading at the University of Maine at Farmington on October 13.