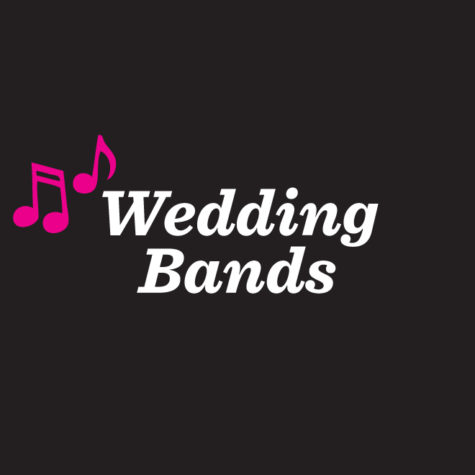 The vows have been exchanged, the cake has been cut, and now it is time to dance! Nothing sets the mood for a wedding like the music. Whatever your style, Maine magazine has a band recommendation for you.

Tony Boffa Band
The Tony Boffa Band describes their niche as “versatility.” The rhythm section features keyboard, guitar, bass, drums, and a three-piece horn section consisting of trumpet, trombone, and saxophone, not to mention a female vocalist. The band also boasts that “seven of the eight performers are reliable lead singers” to give your wedding plenty of vocal power.
tonyboffa.com

Jim Ciampi Productions
Founded in 1988, Jim Ciampi Productions has been rocking weddings for decades, and they can put together just about any song list or instrument combination you could wish for. Are you looking for swing, Latin, and jazz? How about an organist, sax player, or flautist? Jim Ciampi has you covered.
jimciampimusic.com

Wavelength
Wavelength can play all the wedding standards, light jazz, disco, country, and classic rock that you desire, but what truly sets them apart is that the band also includes a business manager and entertainment coordinator to help you customize the perfect wedding package.
wavelengthband.com

Velourosaurus
If you are looking to rock out all night, you can’t go wrong with Velourosaurus, which features some of Portland’s best local musicians, including folk-rocker Eric Bettencourt and drummer Chuck Gagne from Dominic and the Lucid. They describe their sound as “high-quality party music.”
velourosaurus.com

Paper Empire
Spencer Albee, the mastermind behind Portland’s popular cover-music series Clash of the Titans, can also make your wedding band dreams come true through his Paper Empire production company. Paper Empire can create a custom-made band of versatile Portland players to bring to life your favorite rock acts.
Find them on Facebook

Time Pilots
Time Pilots promises that “spot-on vocals and guitar shredding will make you think you just stepped out of the Delorean and it’s 1985!” The Time Pilots, however, are not limited to Duran Duran songs or selections from Michael Jackson’s golden age—they offer a time machine that can travel as far back as the 1950s and then immediately transition to the dance hits of today.
timepilotsband.com

A Murder of Crows
Loaded with talented musicians from across Portland’s diverse music scene, this 11-piece soul/funk band features a massive horn section. A Murder of Crows has become a bit of an institution in the city with its “Murder Mondays” at the Big Easy. They have a sound so big that it might even attract a few funk-obsessed wedding crashers.
myspace.com/portlandcrows

Sly-Chi
A perennial favorite R&B, soul, and blues act in Portland, Sly-Chi has been cranking out the funk for almost a decade. The nine-piece group can play a spirited blend of originals and covers with grooving sound.
slychi.com

The SoulMate Band
If you are looking for classic Motown hits, look no further than the SoulMate Band. One effusive bride had this to say about the group: “Your energy, the event flow, the amazing organization, and the way you guys can cater to an all-ages group is what made our wedding so successful.”
thesoulmateband.com

Bob Charest Band
Although the Bob Charest Band prides itself on its ability to pull off sophisticated, four-part-vocal jazz standards, the band also wants to let you know that “when the party wants to rock, we’re ready.” You can also expect a highly professional service that includes demos, videos, and song lists that are all readily accessible on their website.
bobcharestmusic.com

Fog Cutters Big Band
How many potential wedding bands are also popular enough to play Portland’s State Theatre? Well, the Fog Cutters Big Band just happens to be one of them. In December, the Fog Cutters teamed up with nine of the best local musicians, including David Gutter and Darien Brahms, and rearranged their songs for the 21-piece, big-band line-up!
fogcuttersbigband.webs.com

Jerks of Grass
The Jerks of Grass are Portland bluegrass legends, having been voted Portland’s best roots and acoustic act seven times. The high-energy quartet always gathers around a single microphone for an authentic bluegrass experience.
jerksofgrass.com

Tricky Britches
These young up-and-comers are the newest band to make waves in the bluegrass scene.  Don’t let their youth fool you: the Tricky Britches are expert musicians through and through, and they will deliver a boisterous set for a good price.
trickybritches.com