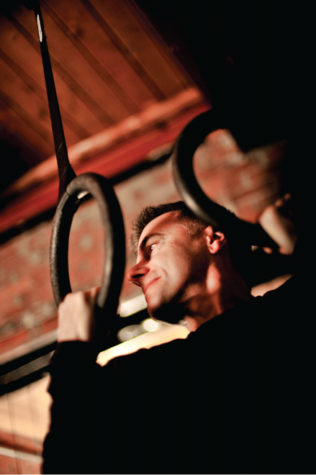 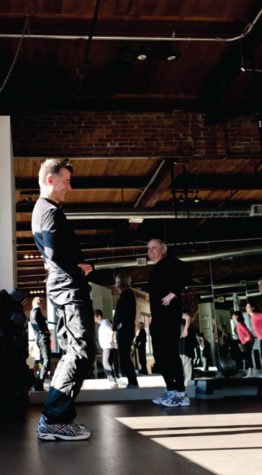 "My goal is to make you happy," Anderson tells his clients. "I don't believe in three sets of ten." 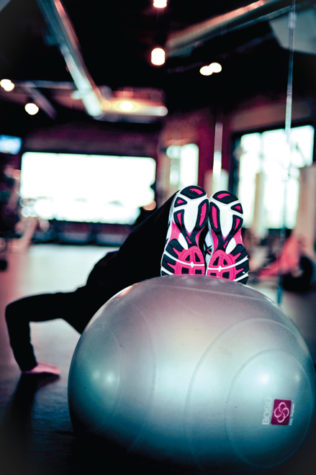 Anderson performs a Body Architect push-up using a stability ball, his emphasis always on breath and posture. Strength, Anderson believes, is the movement of weight through space. 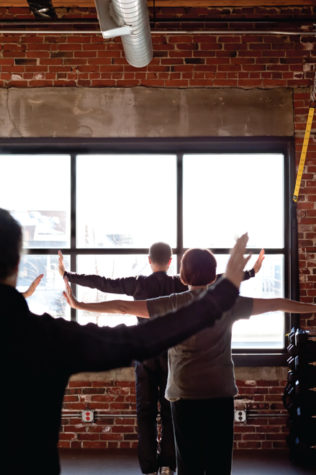 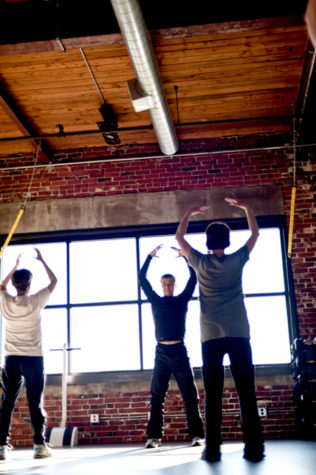 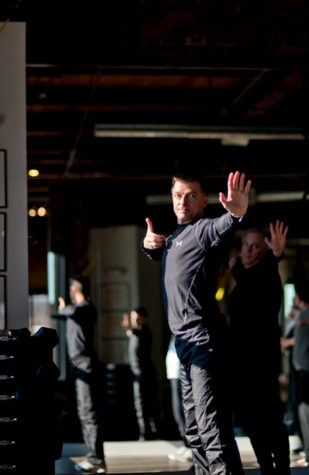 It’s just after one o’clock, and I’m standing in the lobby of the Body Architect on Romasco Lane in Portland’s East End waiting for Stephen Anderson, president and founder, to show up. By my watch, he’s four minutes late.

In the meantime, I’ve been sipping water from an actual glass—”room temperature or cold?” a woman at the front desk asked me—while looking out a massive factory window from the second floor of the old J.J. Nissen Bakery offices. Outside, pale clouds shift across the Portland skyline, and I’m feeling more peaceful than I have all day. And then, just as a golden band of sunlight breaks through the clouds and streams onto the floor, the elevator dings, and Anderson quietly emerges.

He is dressed in all black but for his clean white sneakers. His hair is a little bit silver and his eyes are peaceful. Beneath his clothes, you can make out the contours of his lean, perfectly postured frame.

“It’s like a piece of art,” Anderson says, gesturing toward the view outside. “Just show up. That’s what I tell people the first day they come in. Cross this threshold. Get here. Wherever you are right now with your health is just fine.”

He nods to the couch, which is lime green and looks as if it came from Italy. “If you need to sit down and just read a book for an hour, that’s fine. Maybe today, that’s health.”

Anderson’s philosophy of “mind-body conditioning” seems both radical and entirely obvious. To the uninitiated, the interior of the Body Architect might look a confusing hybrid of martial-arts dojo, yoga studio, meditation room, and CrossFit gym. Beyond the lobby, a large open room with lots of windows and mirrors is divided into three regions, two of which Anderson refers to as “flexible spaces.” Rings hang from the ceiling, and two long straps with handles are anchored to the wall. A large silver ball sits in the corner next to a rack of subtly designed dumbbells and a squishy rubber platform that builds core strength. The only “machines” here—all tall, white, and statue-like—are designed to build strength by guiding your body through a wide range of positions and postures, using only the resistance of your own weight. The goal: to lengthen your muscles and bring your body back to what Anderson calls its “original intention.”

Such a regimen addresses one of Anderson’s major philosophical distinctions: the difference between external health—”the size of your bicep”—and internal health—”harmony, balance, and how your pancreas is functioning.” Anderson attributes this insight to his qigong teacher, who, on their first meeting over a decade ago, told him, “You’re very strong, but your muscles are too hard.”

“Like an oak tree,” Anderson says. His new guiding metaphor is bamboo.

Like any person with an inspired vision, Anderson has an almost spiritual awareness of his own personal emergence. He grew up three hours north, in Ellsworth, as the middle son of an avid Maine woodsman, but he found himself drawn to fitness after realizing that basketball, track, and baseball were a way for him to avoid “having to go out into the woods and shoot something.” By his senior year, Anderson was voted athlete of the year at Ellsworth High School, but at 18 he felt compelled to experience life beyond Maine. He went to Arizona for a spell and then worked on a dude ranch. Eventually, he headed back east and earned a bachelor’s degree in physical education and health and a master’s degree in psychophysical movement from Springfield College.

Thinking that the wellness movement taking hold in California would hold opportunities for someone of his professional background, Anderson headed west. He made it only as far as Denver, Colorado. When he awoke one morning to find that his car had been vandalized, Anderson asked himself two important questions: “Where do I want to be? And what do I want to do?” The same day, Anderson headed home to Maine, and later settled in Cape Elizabeth. For the next decade, he worked for the City of Portland, first as its fitness specialist and later as the wellness coordinator. In 1992, during a struggling economy, Anderson left his position to pursue the kind of work he was most passionate about. “I had babies, a mortgage, and a car payment. I said: I’ve got two months to make this happen.”

For the next 12 years, Anderson made his name working as a personal fitness trainer—some of his clients have now been with him for 17 years. One of Anderson’s former clients is his wife, Antonia, the managing director of Body Architect. Formerly a designer for Cole Haan and Timberland, Antonia’s cultivated sense of aesthetics and elegant minimalism now inform the serene atmosphere of the Body Architect. You can feel it inside the Zen-tidy locker rooms—where the shower stall floors are tiled in massage stones and the soap is organic—and even in the T-shirts for sale near the door: they’re black and soft and feature a design of descending concentric circles, diamonds, and triangles. “Spirit, mind, body,” Anderson explains. Or, in the language of the Chinese qigong discipline that informs so much of what he does: “Heaven, human, earth.”

Anderson made the jump into his own studio in the spring of 2004. In addition to his holistic approach to personal training and fitness, the Body Architect also offers lifestyle coaching and an on-site massage therapist with a full studio.

“Your body does not wish to fail,” Anderson tells me toward the end of our meeting, with sunlight still pouring across the studio floors and a stream of clients emerging from the elevator. “Ultimately,” Anderson says, his gaze resting on the liquid horizon, “I’m much less concerned with the 1 hour you spend in here than I am with the 23 hours you spend out there.”