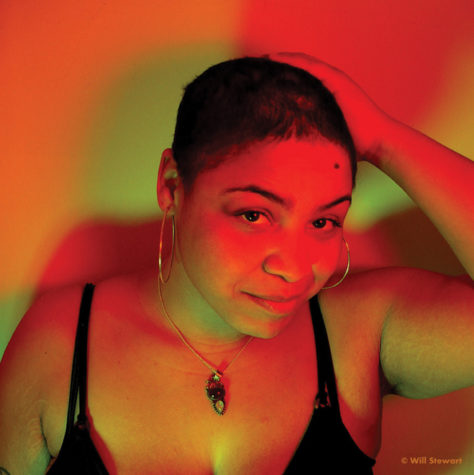 LISTEN-May2012
By Sophie Nelson
Photograph by Will Stewart

It’s Saturday morning in the small industrial city of Canton, Ohio, and everyone in the Hall family has a duster, broom, or rag in hand. While

Kenya Hall and her siblings start scrubbing their designated corners, their mother sets down the record-player needle and the sweet sounds of Marvin Gaye and Diana Ross fill the house. “I hear the song ‘My Mistake’ now, and I still feel awesome,” Hall says with a smile. “I call my sister Alisha and say ‘Remember those dances we used to do?'” Hall’s childhood was one of Luther Vandross, UB40, Third World. She grew up belting it out in the basement, singing in between the verses of her brother’s raps, and perfecting impressions of her idols—En Vogue, TLC, Erykah Badu, among others. “Always, always I sang,” she tells me. Through thick and thin, music has been a reliable source of joy, revealing who she has been and always will be: someone who needs to sing.

Hall’s evolution from child singer to professional songwriter happened in Maine. Craving a new scene, she left Ohio at the age of 20 and found herself in the home of a family friend in Randolph. She made it through her inaugural Maine winter, found a supportive community in Hallowell, and began singing—covers, mostly—in the greater Augusta area. But the spotlight always brought with it a sense of unease. “I’d be so okay with being the rhythm-guitar player. I sing because I love making music, not because I love being on stage.” Her laugh is dry and flecked with hints of her deep singing voice. “I picked the wrong instrument,” she jokes. To assuage her fear of the limelight, Hall wore wigs—wigs of all shapes and sizes and colors. She would become a redhead or a blonde for the night, outfitted in clothes unlike any she would normally wear. “I didn’t have to be myself,” she explains. “There’s nothing harder than being yourself to someone else.” And try a hundred someone elses. But as Hall grew more confident and comfortable on stage, the wigs came off.

In Portland, Hall was inspired to write her own songs and hone her singular neo-soul sound. She found that she sang better as herself, and that authenticity heightened her connection with an audience. Out of this connection, the Kenya Hall Band’s following grew. The group has been playing locally for years now, and more recently they’ve played for captive crowds in New York City. In 2010, the Kenya Hall Band released its first album, Learning for Miles, Vol. 1, which showcases Hall’s soulful voice and nearly a dozen talented musicians, some of whom she met as a music student at the University of Maine at Augusta. The songs move seamlessly through the genres of jazz, funk, and R & B.

On a Saturday morning in March, Hall and I meet in Portland’s West End for coffee and a chat. It’s raining outside, but the dreariness doesn’t dent her mood. While we chart her path to the present, she rubs her head, now covered in short dark curls. (She shaved off her dreads in January in support of someone close to her who is going through chemo treatments.) With her skin so close to the surface, you get the sense that she’s recently peeled back layers and arrived at an essential understanding. Or rather a rare degree of comfort with the ebb and flow that characterizes so many musicians’ lives. She’s happy to be who she is, and she’s determined to work hard and follow her joy—her son Miles and music (in that order).