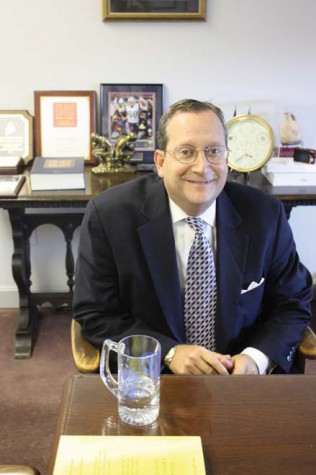 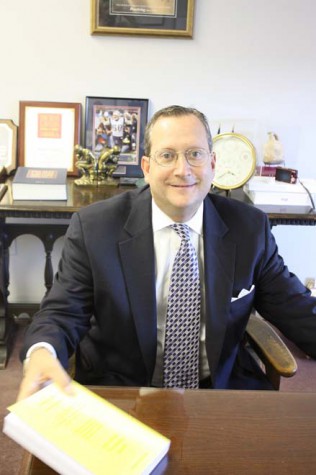 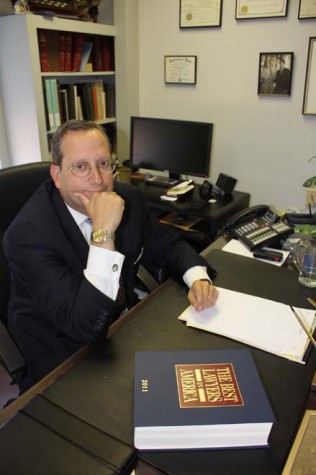 Stephen Schwartz has been practicing law for more than 25 years. In 2011, 2012, and 2013, he was voted into The Best Lawyers in America, the oldest peer-review publication in the legal profession. In his free time, Schwartz broadcasts from sports venues throughout southern Maine and umpires.

It was great. We made our own entertainment. We used to go fishing off the State Pier. We used to ride our bikes to the local field and play baseball all day.

How did you become involved in high school sports?

I love sports. They’re my outlet. My wife and I are blessed to have three boys, all of whom are pretty good athletes, so we naturally gravitated toward sports. Of all the things I do, I find umpiring to be the most relaxing. You put everything but the game out of your mind, and you get to watch some good baseball.

What attracted you to law?

Well, my father was a lawyer. He practiced in Portland for 43 years. He was a man who really loved the law—probably more than anything but his family. As a boy, I would go downtown, sometimes with my friends, and hang out at the old Grant’s or at Woolworth’s lunch counter or something like that. Then I’d go to the office, do my homework, and watch my dad work. And he worked! Frankly, practicing law just seemed the natural thing to do. Although I was not always the best student in high school—let’s just say that I “found my stride” in college and law school—I did pretty well in English, at giving speeches, and, well, arguing. But I really enjoy the opportunity to help people, and I think that’s what law achieves if it’s practiced correctly. And it’s fascinating.

Are you primarily a criminal defense lawyer?

I do just as much plaintiff’s accident and probate work—but, yes, I practice criminal defense extensively. I think defense work is very rewarding. The Constitution exists for a reason: people have rights. Aside from that, everybody ought to want to see things get done right, including even victims of crime. I founded the Maine Association of Criminal Defense Lawyers in 1992. We now have close to 300 members. My wife says that I can find something redeeming even in people who are alleged to have committed the most heinous crimes. And you certainly can. I actually built my reputation as a trial lawyer in a high-profile double-homicide case. It was an insanity case—the defendant was very troubled. We worked extremely hard on that case for over a year, and we felt it was a victory in that he was facing the death penalty in Texas and we obtained immunity from Texas prior to trial. We’ve represented people in very serious accident cases. One notable case was when a parent was killed and the children were seriously injured by a drunk driver. We recovered the drunk driver’s house as well as the available insurance proceeds for the survivors.

What was it like to work in tandem with your dad?

The best eight-and-a-half years of my career, I would say. I can’t say that we never disagreed, but I learned so much from that man, and he was the hardest worker I’ve ever known. We would go out and celebrate victories or drown our sorrows on a Friday night. He passed away in 1995. When I think of some of the successes we achieved after that…I think he really would have been proud. He would have been overwhelmingly proud of my selection to Best Lawyers and also of my appointment by the Maine Supreme Court to the Board of Overseers of the Bar. My father was just a remarkable man. He served in the army in World War II and then he came back to work at his mother’s restaurant. She owned the last kosher restaurant in town that we know of, and after that she owned a deli-barroom across from where the law school was at the time. My dad was pouring beer and making sandwiches, and the law students talked him into going to law school. He ranked second or third highest on the bar exam in 1952. And he helped so many people. Clients would literally call him dad—more than one. He just loved practicing law. And it’s my passion as well as my vocation.