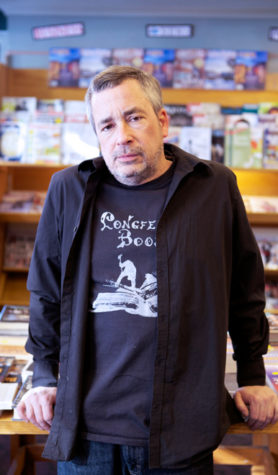 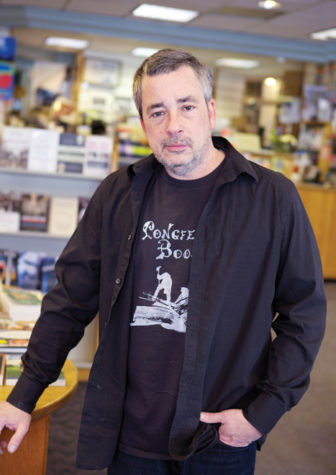 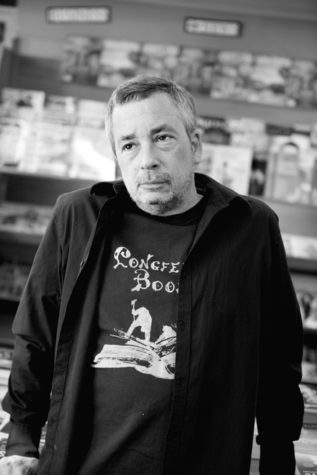 Portland bookstore Longfellow Books incurred major damage during the infamous winter storm Nemo. In the days following the storm, with 40 percent of its inventory ruined and a lot of hard, dirty work ahead, co-owner Chris Bowe expresses gratitude for the supportive Portland community.

Have you learned any lessons immediately following this trying experience?

I’ve come to recognize in the last 48 hours what an amazing community Portland is. Of course, I knew that. You need a great community to support a bookstore. People have been coming out of the woodwork to offer assistance: hands on deck, free legal, free ads, free food. I’ve never eaten so well. Ed Foley from Foley’s Cakes made me chicken soup with rice yesterday, and of course that reminded me of Maurice Sendak who died in May and whose new book just came out—My Brother’s Book. Amazing illustrations.

How did you start sellling books?

I was in college in San Diego and I got a part-time job in a bookstore. The manager got fired for cashing other people’s paychecks, so I took over there. And then my first son was born and I didn’t want to be in California anymore. San Diego is beautiful, but it’s vapid. There’s no way of marking time.

Where did you grow up?

I grew up in a really hardscrabble neighborhood—Dorchester, in Boston—the son of a bookbinder. There was a tiny little one-acre wood behind my house that had wild rabbits when I was little. My sister used to read books in this place we called Bird Country. There was moss; I can remember lying on the ground. And that’s when I fell in love with books and stories. Right there. She gave me an incredible gift. After California I moved back to Boston and ended up managing Waterstone’s, the original super store in the U.S.

Three stories of books, hand-carved mahogany book shelves. It was a psychic temple from the 1900s founded by two sisters. I can remember one night being up in my office with Richard Ford and Tom Robbins and some of the booksellers drinking homemade fortified wine and just talking books. It burned down. There was a gas fire in a restaurant underneath it. We rebuilt it and then Borders opened up right across the street and they killed us.

I don’t know. It’s a matter of public record somewhere. I measure my life out in stories, in coffee spoons.

How did you find your way to Portland?

My wife and I visited and decided we wanted to move up here. I like that it is a walking city. I like the brick, the feel of history and permanence, the sea. When Bookland went out of business my colleague Stuart and I bid on the downtown store and named it Longfellow Books. We’ve been here for 13 years. Stuart, my business partner, is an ex-hippie—lived in communes, gave Stephen King his first book signing. And I’m a tough city kid who gave Dennis Lehane his first book signing. Together we’ve carved a niche. People respond. And we respond. I think that’s why we’re viable after 13 years. And I imagine we’ll still be viable in another 13 years. We will come back stronger, better inventoried, and more in touch with the community than ever before.

How has Longfellow Books changed over the years?

I think it’s become my home and the home to my employees. I think it’s become a central character in the play of the city. People come in there all the time. Shit, we stayed open during 9/11. There were 30, 40 people listening to NPR, just consoling each other. It’s a good gathering place, and you need spots you can visit even if you’re not spending money—a place to come in and read books and magazines and say hi. We exist only at the behest of the community. Just like a good carpenter or Foley’s Cakes or Standard Baking, right? We go there, we pay a premium, but the quality is undeniable. Sure we could get things cheaper, but in the long run, it totally disintegrates our quality of life. And the cost of that is huge.