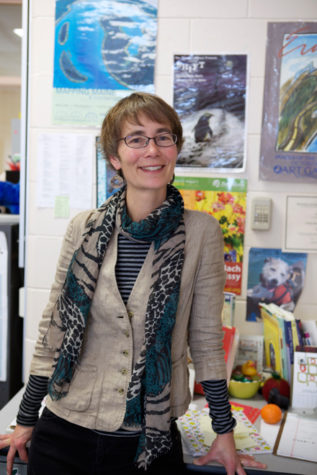 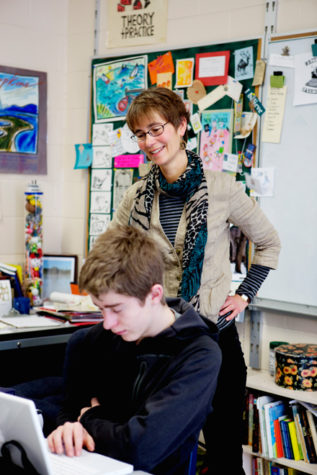 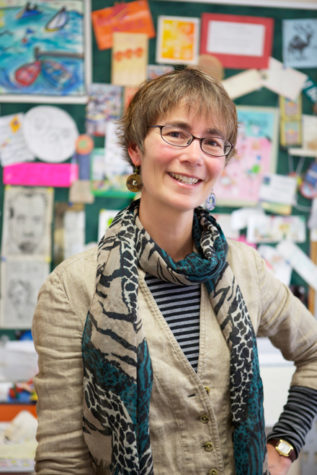 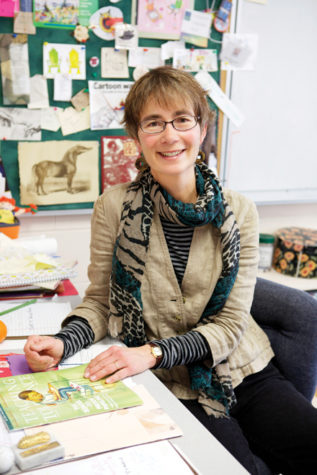 Charlotte Agell is a writer, illustrator, and teacher living in Brunswick. Since 1991, she’s published numerous works of young adult fiction, chapter books, and picture books, including Welcome Home or Someplace Like It, and The Accidental Adventures of India McAllister.

Where did you grow up?

I was born in Sweden, really far north in Sweden, the part of Sweden that even Swedish people never knew about until the Girl with the Dragon Tattoo series. But my family left Sweden to move to Montreal, Canada. That’s where I learned English, when I was a toddler, essentially. I still remember learning it; “The Bear Went Over the Mountain” was my first song in English. When I was 11 we moved to Hong Kong and I went to an international school. I think in a way it positioned me to become a writer, because every day there was something astonishing to think about and question. And you’re always the outsider, which is of course a great writing mode, to be the observer.

How did you find your way to Maine?

Both my Anglo-Canadian friends and Franco-Canadian friends spoke of Maine as if it were this paradise lost. I never went there because we went back to Sweden in the summers, but it always stayed on my mind. I remember as a kid writing a story set in Halibut, Maine, a place I totally made up. It was almost like I was writing myself into Maine. When it came time to apply to college I decided I wanted a liberal arts experience. I really wanted to hitchhike around the universe with my boyfriend, but my mother was not in favor of that, so I made a compromise with her. I’d apply to one school and if they took me early decision, I’d go. I was still in touch with my Canadian friends in that old-fashioned letter-writing way that existed in the 70s, and they had mentioned this place called Bowdoin College. Thank goodness I did end up going there. I remember arriving at the Portland Jetport. The minute we hit Stroudwater I had this bizarre sense that I was home.

Where have you lived since?

I’ve lived in a lot of different Maine towns. But when our kids were three and six my husband and I decided that we wanted to come back to Brunswick where we had both gone to school. I love the community. I taught at Portland High School in the early days of the multilingual, multicultural program. Now I work in the Yarmouth school district, teaching middle school. I’ve really found my tribe with middle-schoolers.

I think what you learn at that age is incredibly formative.

Exactly. It’s A Wrinkle in Time! It’s life and death, existentialism. It’s “who am I?” and it’s reading to explore. I have written so many different books and one of them was a dystopian novel my mother distinctly didn’t likeuntil, actually, the Theater Project in Brunswick decided to make a play out of it, which was so amazing.

What other kinds of books do you write?

I’m all over the map. I think it’s because I just like to explore. I have written many picture books but more recently I’ve been writing middle-grade and young adult books. Maine is almost always the hero in my stories.

One of my tenets is to honor ideas. I need to write them down in the purest form. A very silly but typical example is when my husband Peter and I were seizing a weekend up north in Baxter State Park. So we’re hiking along and every 20 minutes or so I just got hit with a book idea. Scenes were flying at me. And I couldn’t ignore them. It’s a little bit like a form of madness, but I don’t mind. Otherwise the ideas go stale or transmogrify into their boring cousins; they just aren’t what they were when they hit you. So I always have notebooks. My students know that. I just always have something to write on wherever I go.